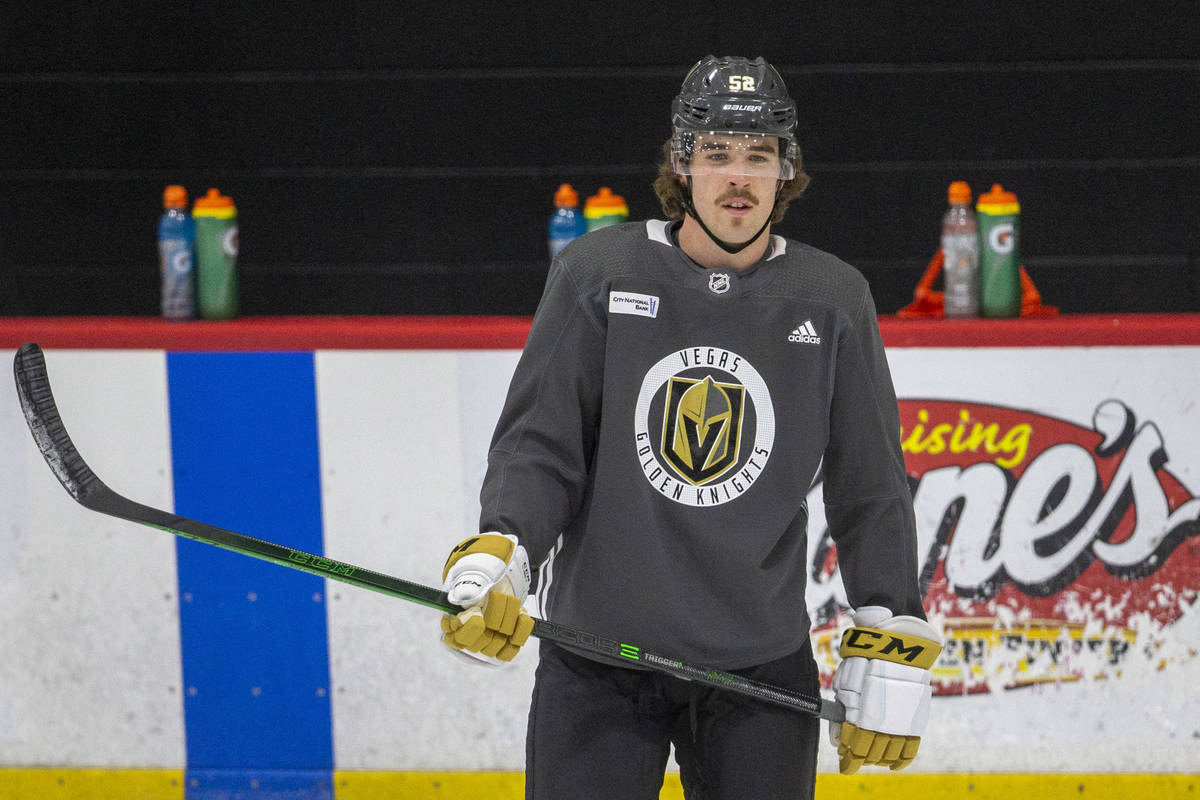 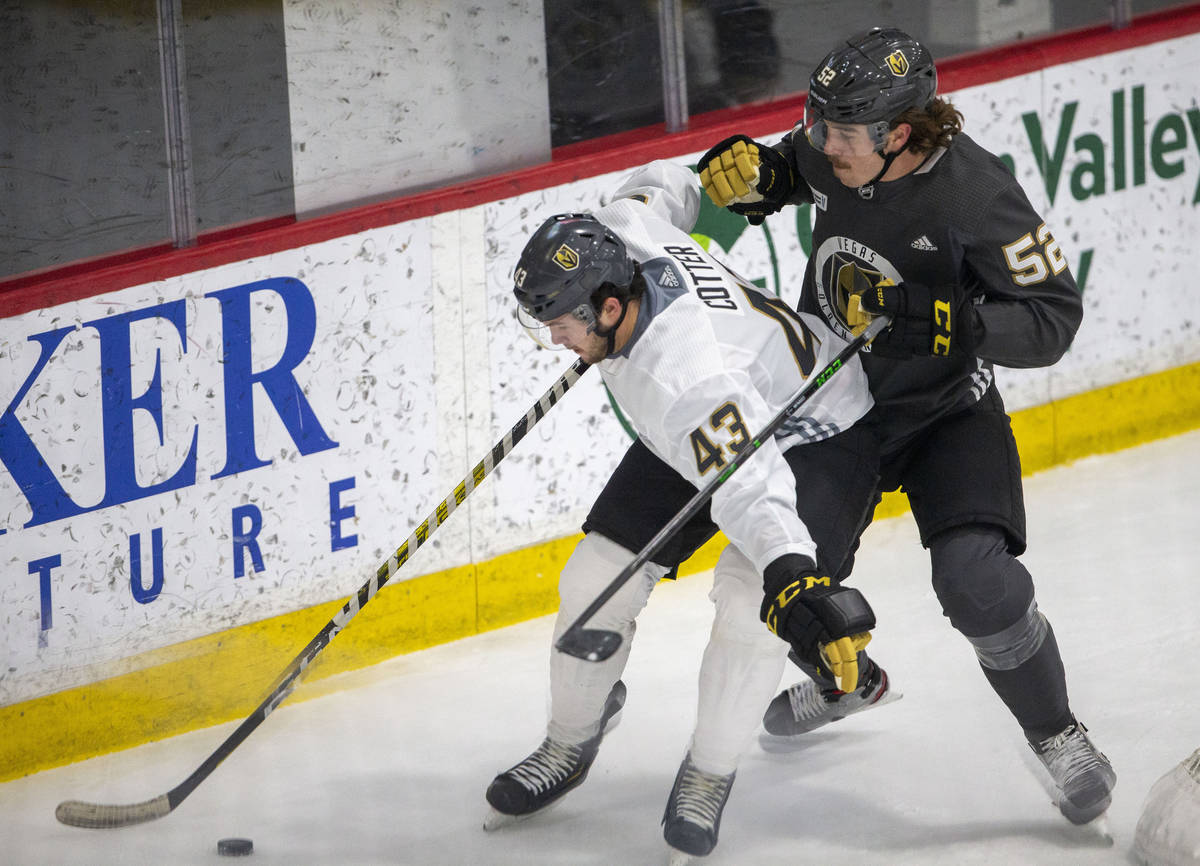 Dylan Coghlan has received several questions about his magnificent mustache, which is a remnant from his time with the Golden Knights in the postseason bubble.

“I’ve tried to shave it multiple times but just can’t seem to do it,” he said.

But along with his facial hair, Coghlan’s play has attracted attention during training camp.

He is getting a long look from coach Pete DeBoer and his staff as one of the few right-handed defensemen in the organization.

“He worked out with Cody Glass in the offseason and really put on a lot of good weight,” DeBoer said. “When you’re looking for defensemen with how the game is now being played — big, strong, (can) skate, good offensive instincts — there’s a lot there to like. He’s knocking on the door.”

Coghlan used his booming shot from the point to register 11 goals in 60 games in the American Hockey League last season and topped all Chicago Wolves defensemen with 24 points.

He was one of two defensemen from the AHL, along with Nic Hague, to make the postseason roster and impressed DeBoer while skating with the Black Aces during the team’s time in Edmonton, Alberta.

Coghlan, who turns 23 on Feb. 19, has been paired with veteran Nick Holden in training camp as he tries to win a roster spot or place on the taxi squad. Otherwise, he would play for the Silver Knights in the AHL.

“Anytime I get on the ice I want to showcase myself as best as I can,” Coghlan said. “I haven’t gotten a lot of time with (the coaching staff), so I have to take advantage of every opportunity I have.”

The Knights simulated a game day Thursday, which included an optional morning skate at City National Arena and meetings capped by a scrimmage that evening at T-Mobile Arena. The game was closed to the public and media.

The scrimmage provided the first opportunity to work extensively on special teams. DeBoer can deploy defensemen Alex Pietrangelo and Shea Theodore on the same power play or split them up to quarterback their own unit.

“It opens up a lot of options,” DeBoer said. “We’ve still got heavy competition for jobs and spots in the lineup. It’s going to be some real tough decisions to make with the depth we have in the organization. Another opportunity for guys to show their stuff.”

“I think there’s a couple missed calls, personally,” Theodore said with a grin.

“I agree,” center William Karlsson said later. “He’s got to get better at that.”

Craig did earn praise from Theodore for the No. 35 referee jersey he had on after not wearing stripes while officiating during previous training camps.

“Overall, he was OK. It’s tough being out there on your own with two teams yapping on you and complaining,” Karlsson said with tongue in cheek. “I guess he should have credit for that.”