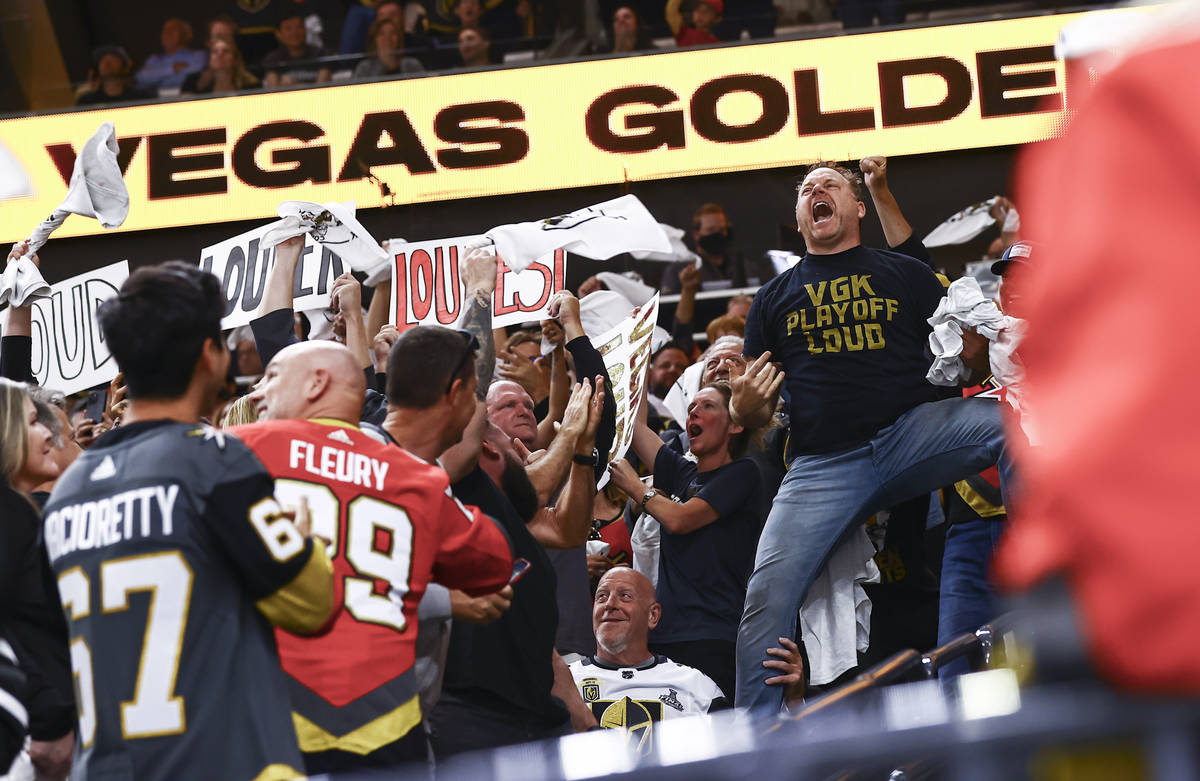 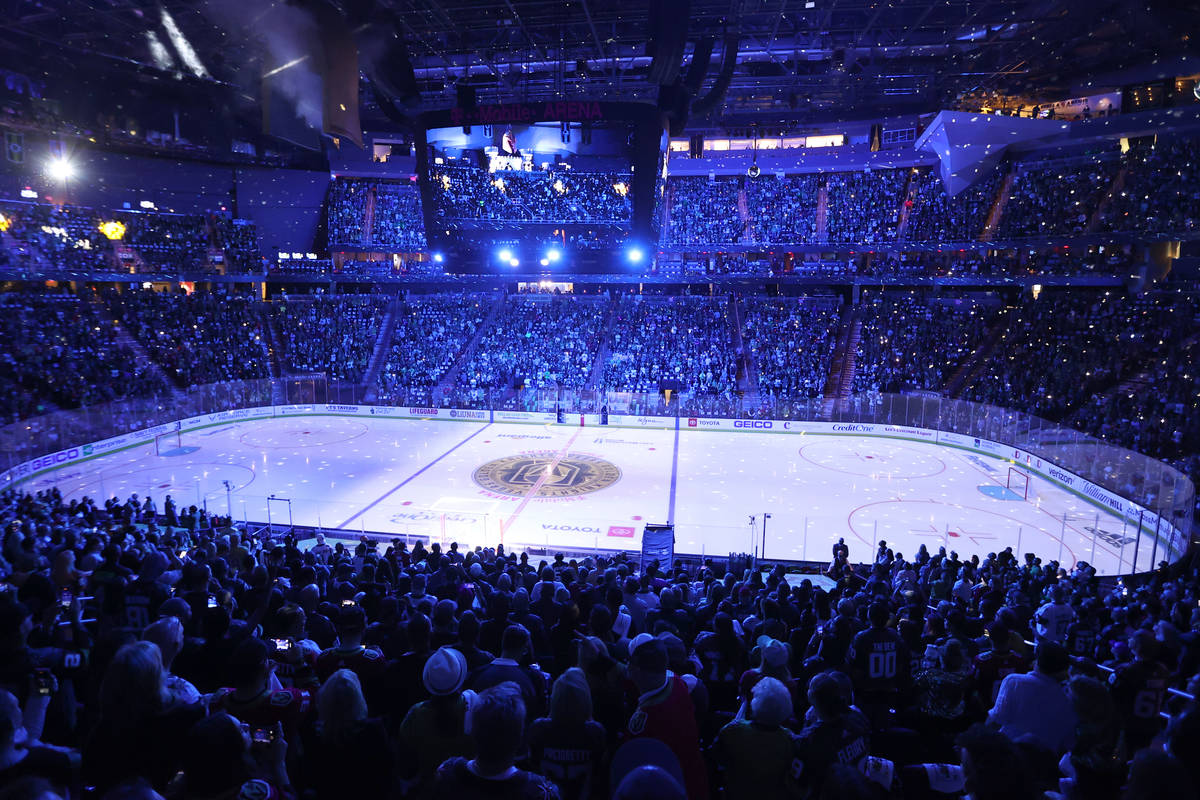 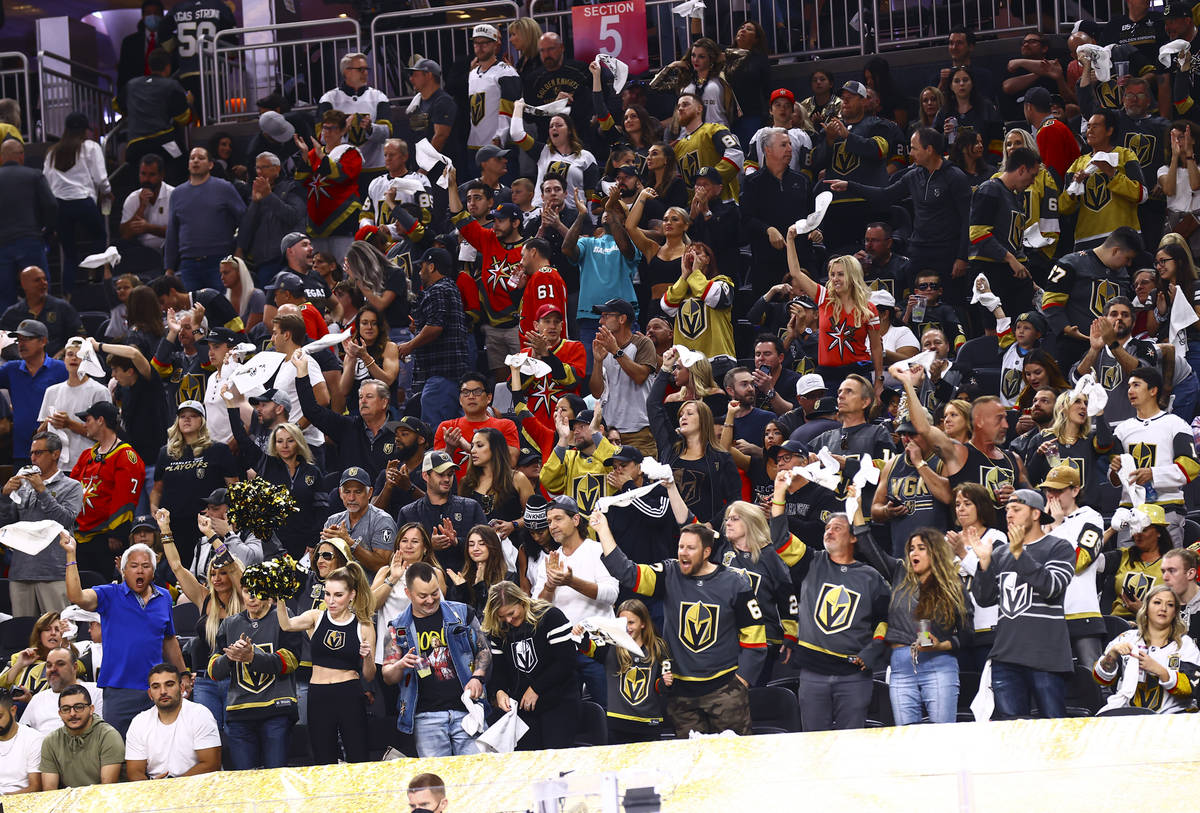 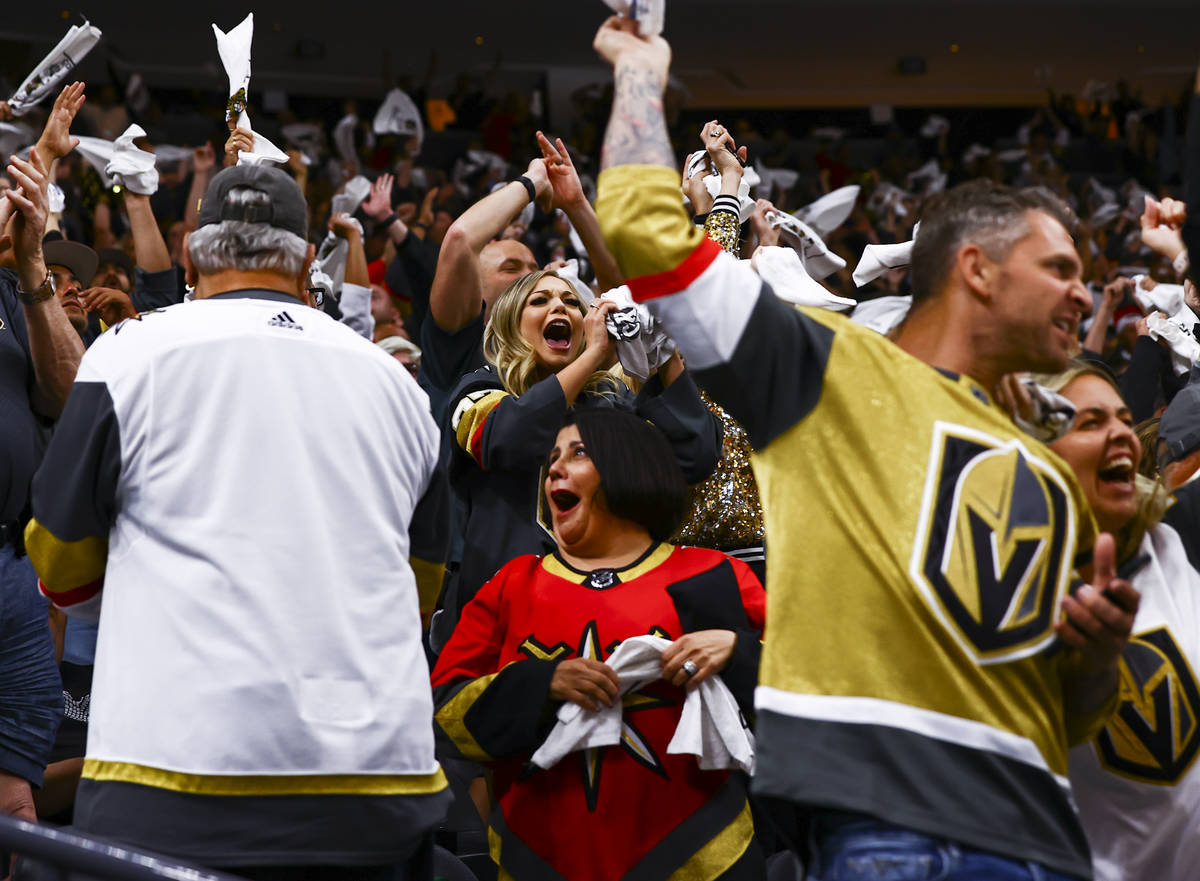 One of the Golden Knights’ most crucial additions this postseason didn’t come from free agency. Or a trade. Or a draft pick.

It came from ticket sales.

The Knights have enjoyed playing in front of the largest crowds in the NHL during their playoff run and were at 100 percent capacity for their second-round series against the Colorado Avalanche.

Those fans made a difference.

Captain Mark Stone said “the tide changed” when the Knights returned home and were able to rally back from a 2-0 deficit to win in six games Friday. General manager Kelly McCrimmon said the crowd was specifically able to help the team push back in Game 3 when they were down 2-1 in the third period.

“I said after that game just to our own people that that’s maybe a game we don’t win in the bubble last year in Edmonton because you don’t have that extra boost that the fans give you,” McCrimmon said.

The fans will also give the Knights a crucial edge in their semifinal series against the Montreal Canadiens.

T-Mobile Arena will remain full when it hosts Games 1 and 2 as well as a possible Game 5 and 7. The Canadiens, on the other hand, only had an announced crowd of 2,500 in their final two games of the second round. It was the first time Montreal played in front of fans all season.

The difference in atmosphere between T-Mobile Arena and the Bell Centre should be jarring. It could help the Knights build on their 5-2 home record in the playoffs, including a 3-0 mark against Colorado.

“Honestly, if we don’t have full capacity and the rink rocking like it was in those games, I’m sure we’re playing a Game 7 on Saturday night,” coach Pete DeBoer said. “Huge shout out to T-Mobile and our fans and the governor for allowing it.”

DeBoer said after the Knights’ loss in the Western Conference Final last year that they needed to learn how to “grind some goals” if their rush opportunities were taken away.

So far, it looks like the team is doing that.

The Knights’ non-empty net goals last postseason came from an average distance of 22.89 feet. They’ve shortened that up to 18.47 feet during their current playoff run.

The team showed it could score in numerous ways against Colorado, including getting two goals off deflections in the deciding Game 6.

“We see it in the playoffs, those goals are all coming from four or five feet away,” left wing William Carrier said. “We talked about it and we knew what we did wrong last year and regrouped.”

This year’s semifinal round is unique in that none of the teams involved have played each other before.

The NHL went to a division-only schedule this regular season to reduce travel during the COVID-19 pandemic. So the Knights and Canadiens can only get to know each other from watching film before playing in Monday’s Game 1.

The Knights are 1-2-3 against Montreal all-time.

“It’s a little different,” said Canadiens forward Corey Perry, who was on the Dallas team that eliminated the Knights last postseason. “It’s a little weird. But you’ve seen the games, you’ve watched the games, you played them last year. It’s a different season, but Vegas has pretty much the same team as last year. You can kind of rely on that and go back to that.”

McCrimmon said rookie forward Peyton Krebs, who fractured his jaw in the third-to-last game of the regular season, is fully participating with the Knights taxi squad.

McCrimmon also said center Tomas Nosek, who hasn’t played since Game 2 against Minnesota, is getting “closer” and progressing in his recovery as expected.

Stone will learn if he won the Selke Trophy for best defensive forward Friday, June 18, the NHL announced Friday.

Marc-Andre Fleury will learn if he won the Vezina Trophy for best goaltender in a 30-minute show that will take place during the Stanley Cup Final.