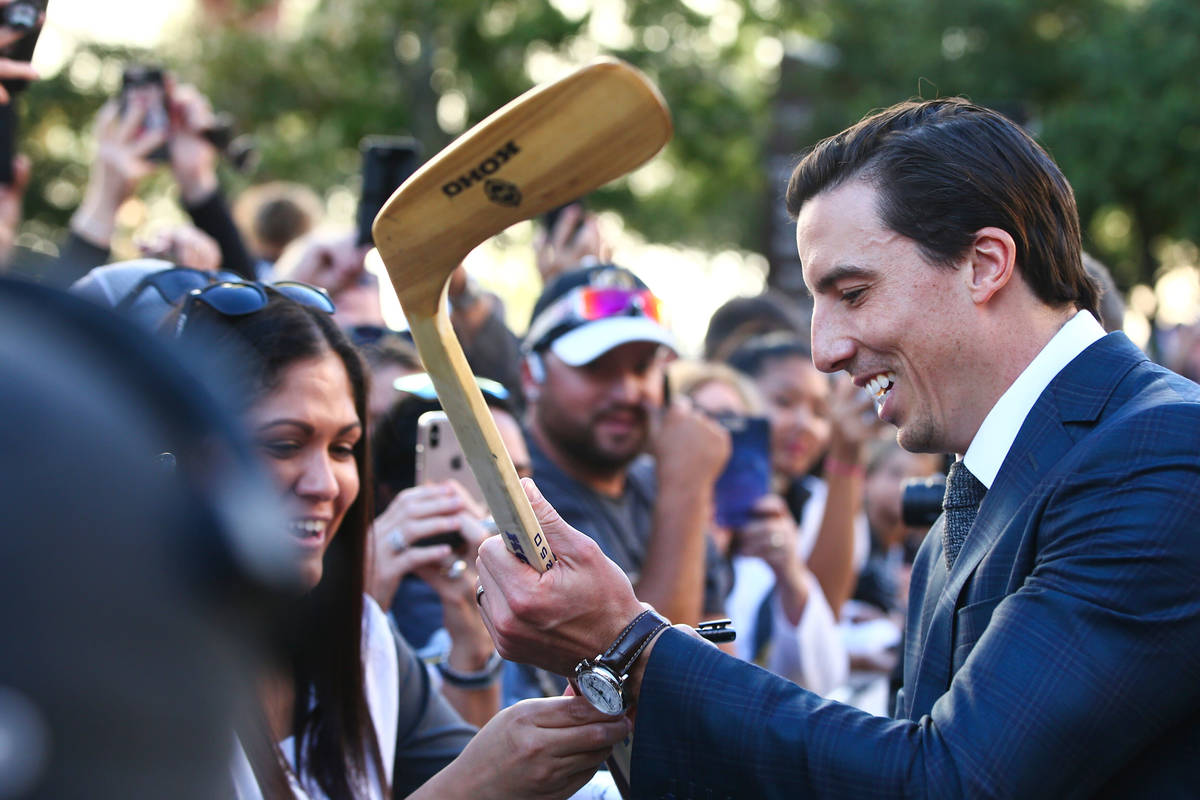 Allan Walsh tweeted that neither he nor his client has heard from the Golden Knights, which further angered the fan base. Golden Knights general manager Kelly McCrimmon later told the media that Fleury was kept in the loop when it came to a potential trade.

Much of the reaction was not family friendly and could not be included here, but this is a sample of general consensus of opinions. Fans also can vote in the Review-Journal Twitter poll.

How are we feeling about the Marc-Andre Fleury trade?

While Marc-Andre Fleury still hasn’t heard from anybody with the Vegas Golden Knights, he has apparently been traded to Chicago. Marc-Andre will be taking time to discuss his situation with his family and seriously evaluate his hockey future at this time.

1. Fleury was the best goaltender in Vegas.
2. He won the Vezina.
3. They traded him for no return.
4. I hope he shuts them out every time he plays them for the rest of his Hall of Fame career.

I really don't understand this. 🌼wins the Vezina and they're continuing to treat him like a back-up. Yes, he made costly mistakes in the playoffs but he was great overall and if they think Lehner full time is an improvement…#HockeyTwitter #VegasBorn #KnightUp #NHL https://t.co/RS6uHqUwXn

The current Vezina trophy holder shouldn’t find out he has been traded via Twitter. Keeping it classy, #VegasBorn

So the Knights traded away Fleury and Simone Biles just quit the Olympics? I'm going back to bed…#VegasBorn #Olympics #OlympicGames pic.twitter.com/KoyfX987nl

@GoldenKnights what a way to treat the face of your franchise Vezina winning goalie.

Not even the common courtesy of telling him he was traded. #VegasBorn

Fleury loved playing in #Vegas, and wanted to retire there. It’s sad. This organization started out with such promise. I was angry when they fired Gallant. This Fleury move is 100 times worse. #VegasBorn

I hope that half the VGK “fanbase” leaves now that Fleury left.#vegasborn

Garbage move to a guy who did so much for that team and community. And let’s be honest Lehner is good but no one will ever confuse him with Jacques Plante either #VegasBorn

It is official that he in fact found out from Twitter. #VegasBorn should be embarrassed https://t.co/PoFLd9YJHd