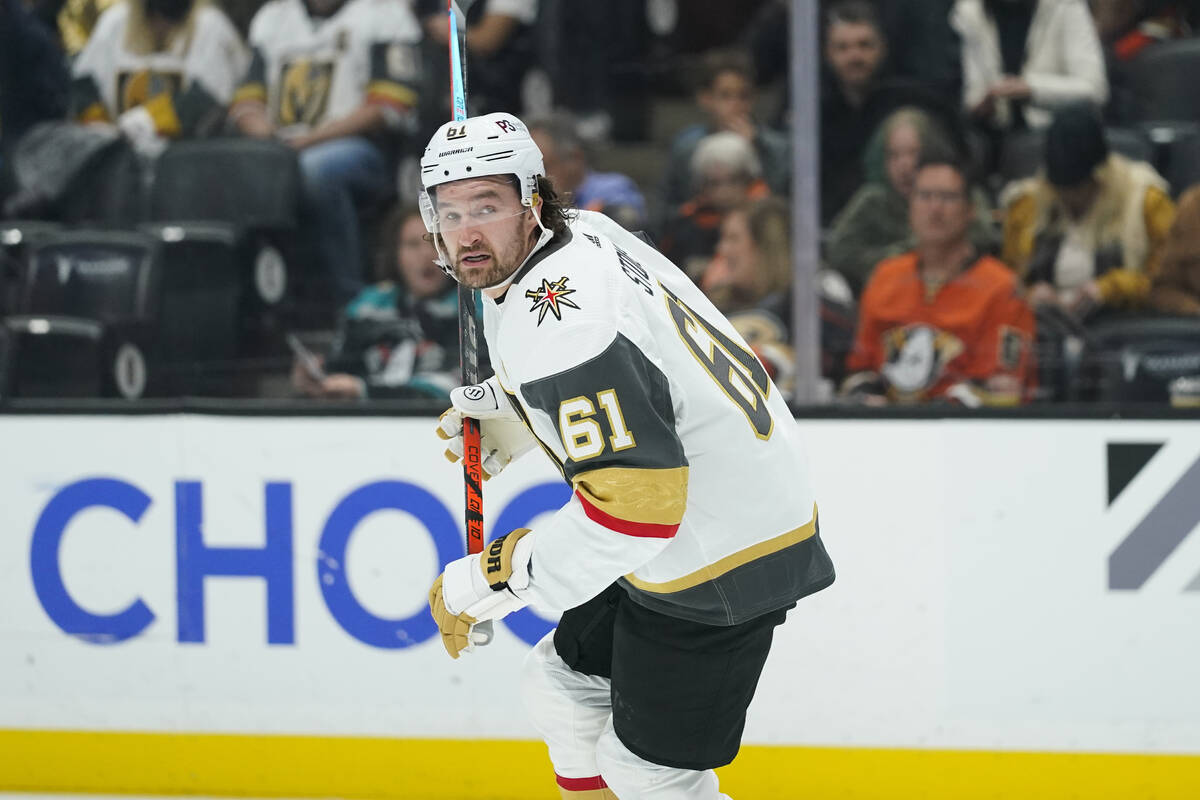 “When he initially went down, it didn’t look good, and obviously as a coach that’s a guy you can’t afford to lose for another lengthy absence,” DeBoer said. “He looked good this morning.”

Stone was injured in Wednesday’s 6-5 loss at Anaheim when he crashed into the end boards after being hooked by Ducks center Derek Grant 3:42 into the third period. The right wing remained on the ice and was looked at by the trainer before he headed to the locker room favoring his right shoulder.

Stone returned less than five minutes later and finished with 20:36 of ice time against the Ducks, including 7:15 in the third period as the Knights tried to rally from multiple two-goal deficits.

Stone spent nearly a month on injured reserve with a lower-body injury he sustained in the second game of the season.

Goalie Laurent Brossoit (3-1, 2.81 goals-against average, .910 save percentage) will start against Arizona. He hasn’t appeared since a victory against Columbus on Nov. 20.

Defenseman Dylan Coghlan will slide into the lineup on the third pair alongside Brayden McNabb, with Ben Hutton coming out.

Also, forward Adam Brooks is expected to skate as the fourth-line center in place of Brett Howden, who was shaken up in Wednesday’s game at Anaheim and was not on the ice for the morning skate Friday.