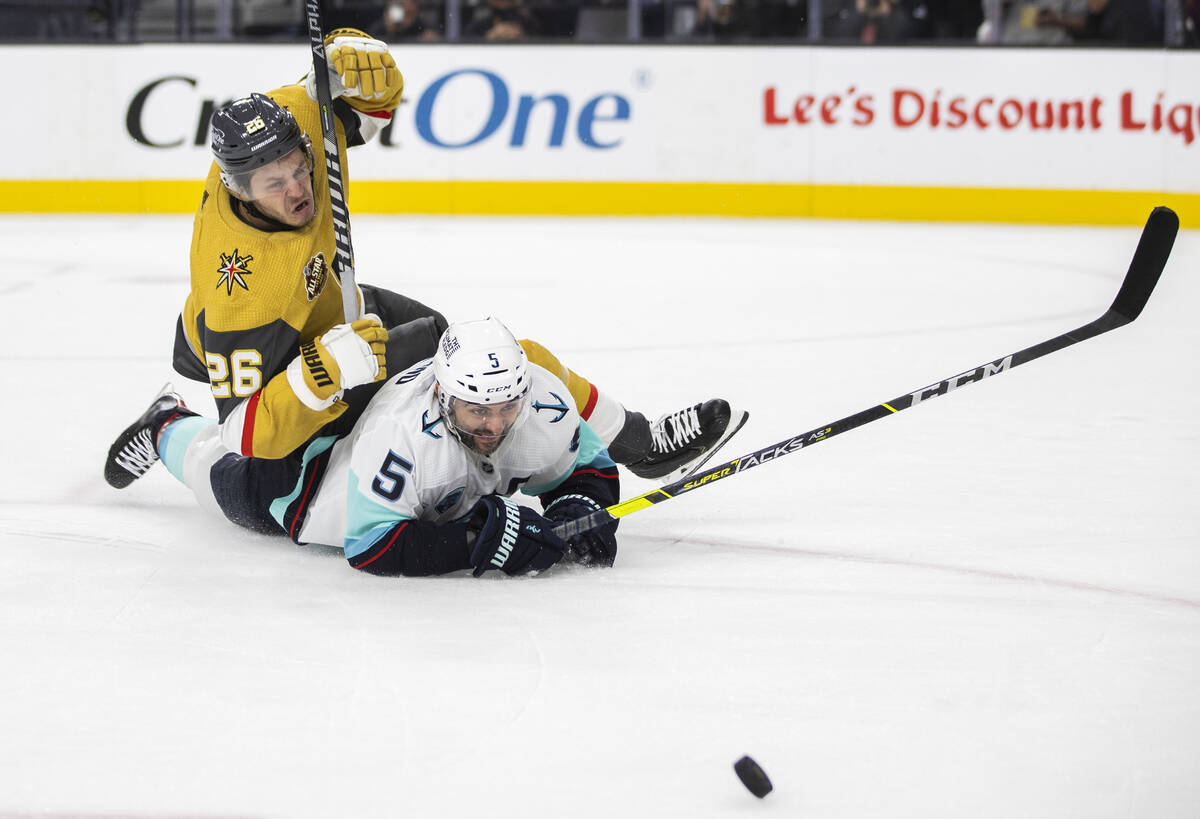 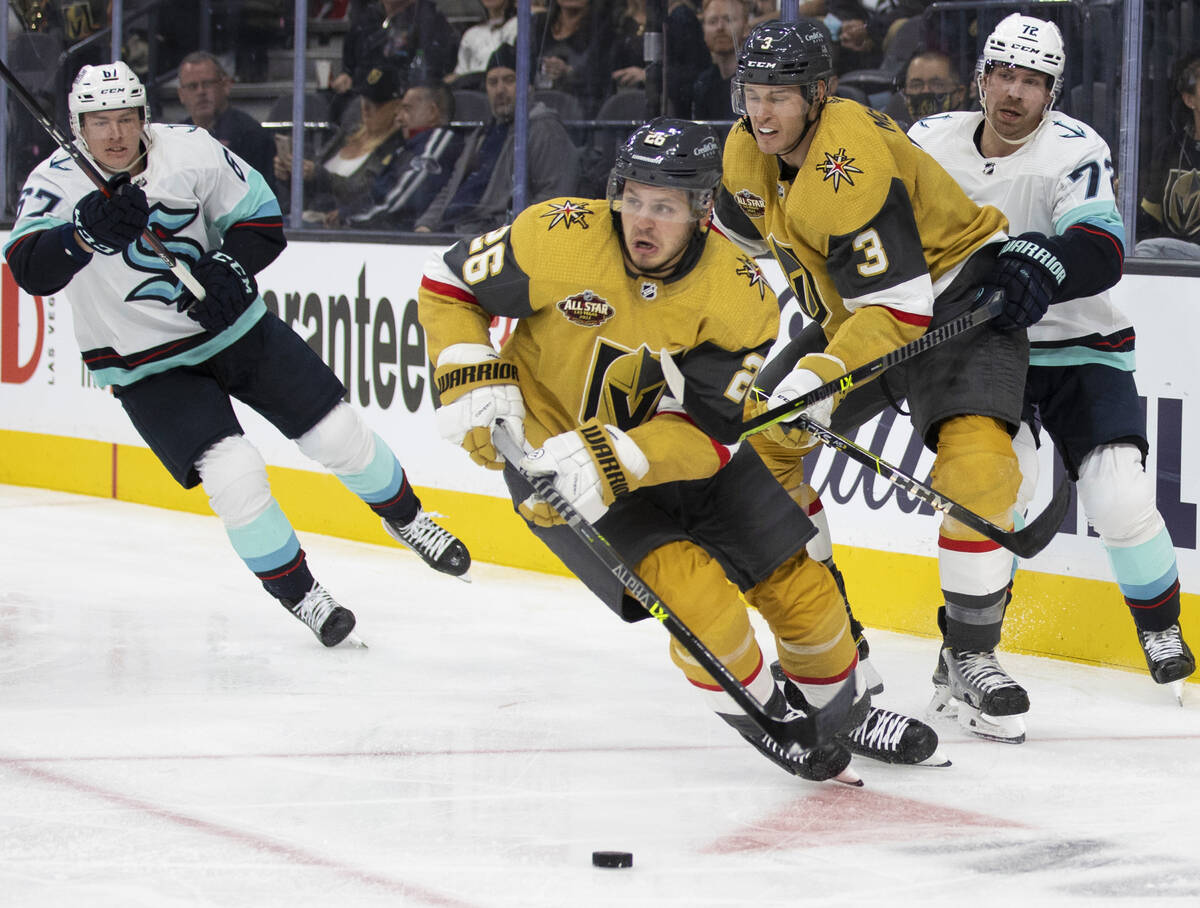 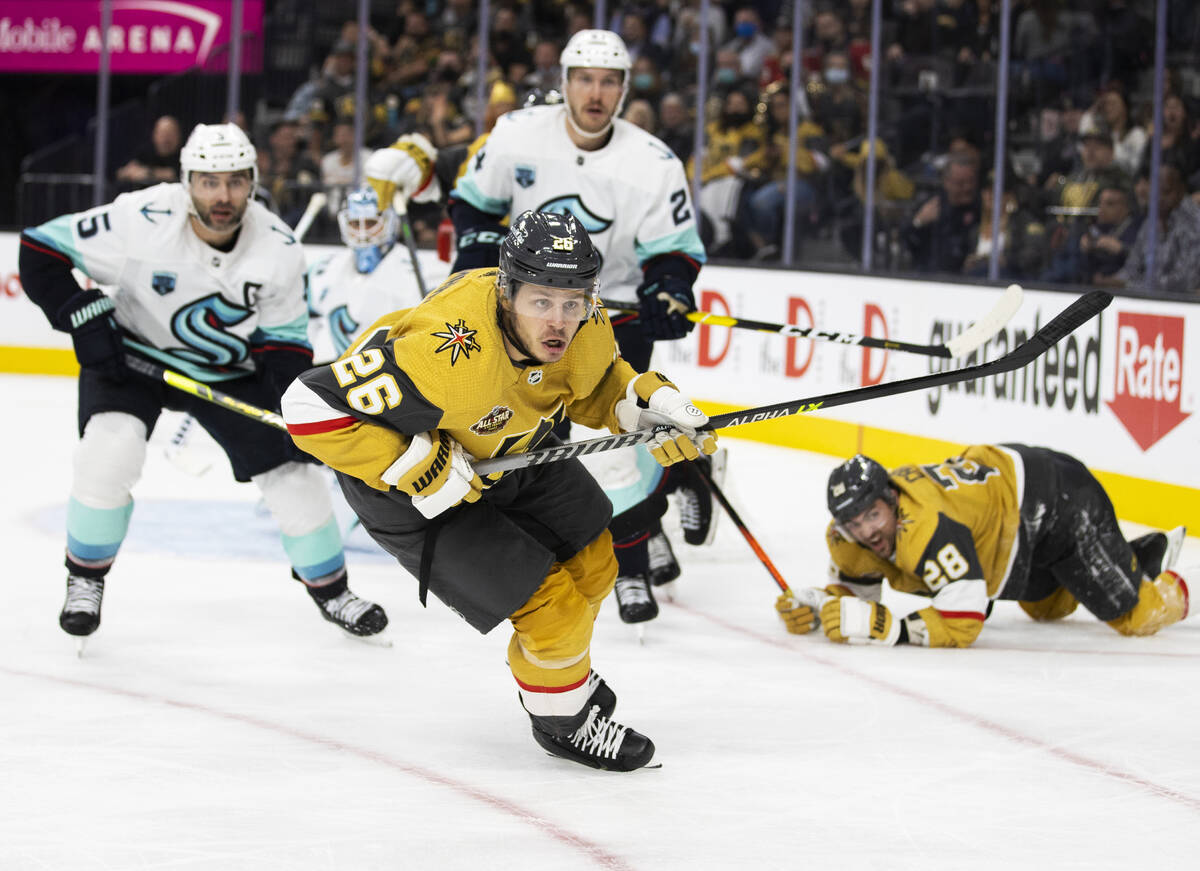 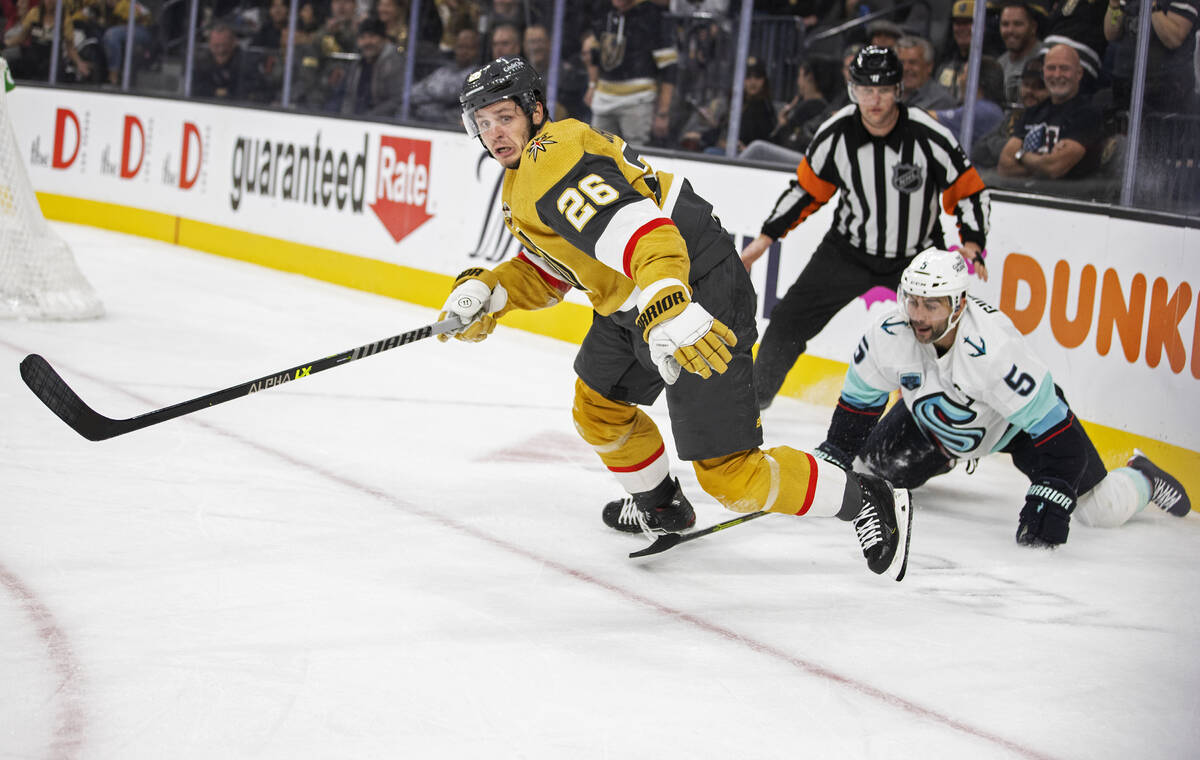 The Golden Knights’ next matchup brings to mind what Mattias Janmark calls a “special night.”

The last time the Knights played the Minnesota Wild, the left wing recorded his first NHL hat trick to lift his team to a Game 7 victory in the first round of the playoffs. It was the fourth multigoal game of his career and his first in the postseason.

But Janmark’s game is in a different place as he prepares to play the Wild again Thursday at T-Mobile Arena. The 28-year-old said he had COVID-19 early this season and still is working his way back to full fitness.

Janmark has one assist and no goals in eight games.

“It’s been hard for sure to get the body to feel good,” he said. “It’s been a grind. But I think it’s going to get better.”

Janmark, who is vaccinated along with the rest of the Knights, entered the NHL’s COVID-19 protocols the day before the team’s Oct. 12 season opener against Seattle. Coach Pete DeBoer said Janmark didn’t have a “serious case of it,” and he returned to practice Oct. 21. In between, he stayed in his room watching hockey games and TV shows.

After so much time off his skates, he knew it would take time to find his conditioning. An upper-body injury he suffered Oct. 26 against Colorado knocked him out two more games and delayed his progress.

But Janmark isn’t discouraged. He knows only 13 games of an 82-game season have been played. The player who scored that hat trick against Minnesota and had eight points in 16 playoff games is still in there.

“I don’t feel 100 percent conditioning-wise,” Janmark said. “As long as I can try to keep getting better, I’m not worried about it.”

DeBoer not dreaming yet on Eichel

The acquisition of Jack Eichel could be a game-changer, giving the Knights the elite No. 1 center they haven’t had.

DeBoer isn’t letting himself dream about that just yet. He said he isn’t thinking about potential lineup combinations because Eichel’s debut is months away and so many things can happen. Eichel is scheduled to have neck surgery Friday and won’t be ready to play for three to five months.

“You really stop yourself from going there, thinking about the options and what he’s going to bring and what a difference-maker like that makes to your game, because we have to live in the moment in order to give ourselves an opportunity to get him back in meaningful games,” DeBoer said. “But there’s no doubt, this guy healthy and at the top of his game, he’s in a group of athletes like (Edmonton Oilers star Connor) McDavid and (Toronto Maple Leaf stars Mitch) Marner and Auston Matthews. There’s only a handful of those guys, and that changes your team.”