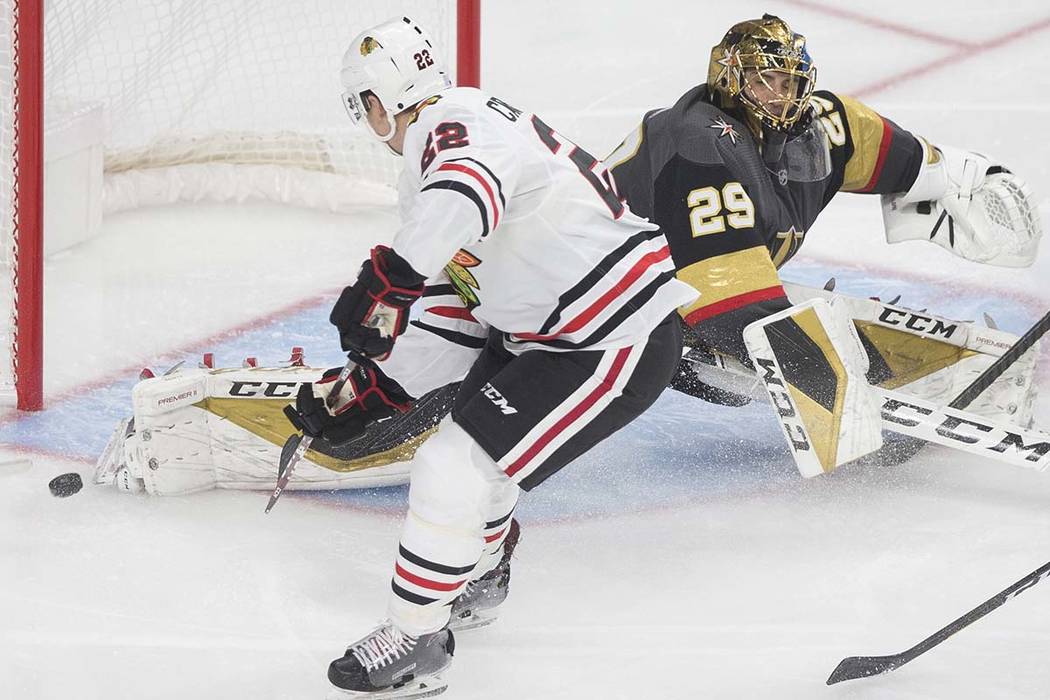 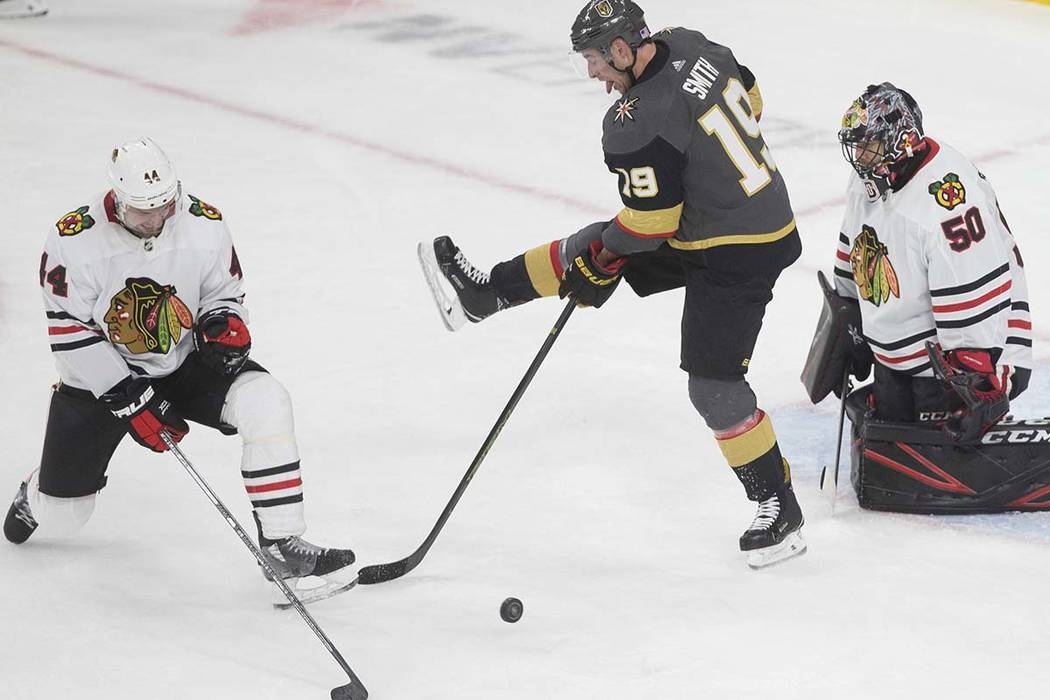 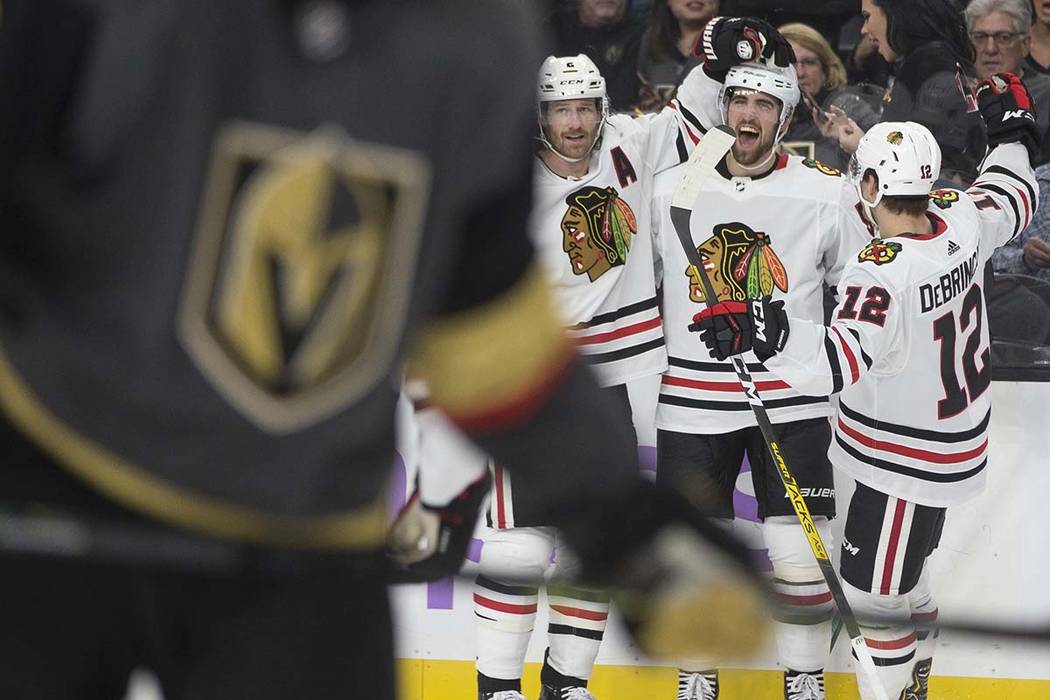 Every good gambler knows when to walk away from the table.

Wednesday against the Chicago Blackhawks, the Golden Knights refused to quit. The team was too willing to trade scoring chances and make risky plays against a skilled team. It cost them.

Desperate for a win, the Knights allowed five straight goals after taking a 2-0 first-period lead. They lost 5-3 and fell to 0-3-1 in their last four games.

“They’re not a team that you want to trade chances with,” right wing Reilly Smith said. “I think that was the tale of tonight. We were playing their game and they were able to capitalize on their chances.”

The Knights’ gambling ways led to plenty of odd-man rushes and the Blackhawks’ two goals in the third period. On Chicago’s fourth tally, the game-winner, defenseman Jon Merrill was caught in the offensive zone when the puck left it. That forced right wing Ryan Reaves, who was filling it for Merrill at the left point, to try to slow down Blackhawks right wing Zack Smith. He failed.

Smith had plenty of time to skate into the offensive zone and find left wing Ryan Carpenter, who Merrill was trailing while trying to catch up to the play. Carpenter got the puck to rookie Kirby Dach, who shot, collected his own rebound, and scored.

”Obviously, it hurts when you give up that many breakaways and scoring chances that we did,” coach Gerard Gallant said. “We can’t play like that and give them that many opportunities.”

The Blackhawks’ fifth goal was a similar story. Right wing Reilly Smith pinched aggressively from the left point but didn’t get the puck. Instead, Blackhawks right wing Patrick Kane was passed it to center Dylan Strome to start a 2-on-1. Strome scored.

It was a tough position for Smith to be in, just like it was for Reaves on the fourth goal. But defenseman Nate Schmidt was below the circle in the offensive zone trying to make a play. Smith filled in for him on the blue line, gambled and lost.

Those players were hardly the only culprits for the Knights. The whole team played with fire and got burned. Now the Knights need to learn from that as they seek to end their losing streak.

”You can’t do that,” Schmidt said. “You can’t give up that many (chances). You can’t expect your goaltender to make that many saves on that many point-blank shots.”

Carpenter, who played in 104 games for the Knights over the previous two seasons, had a nice T-Mobile Arena homecoming. Carpenter got an assist on Dach’s goal and helped his new team, which he signed a three year, $3 million with in the offseason, defeat the Knights for the first time.

Carpenter also received a tribute video on the scoreboard during the first period.

The Knights game against the Blackhawks featured two penalty shots for Smith and Jonathan Marchessault. Both were saved. According to NHL Stats and Information, the last game to feature two penalty shots was December 6 between Washington and Arizona.