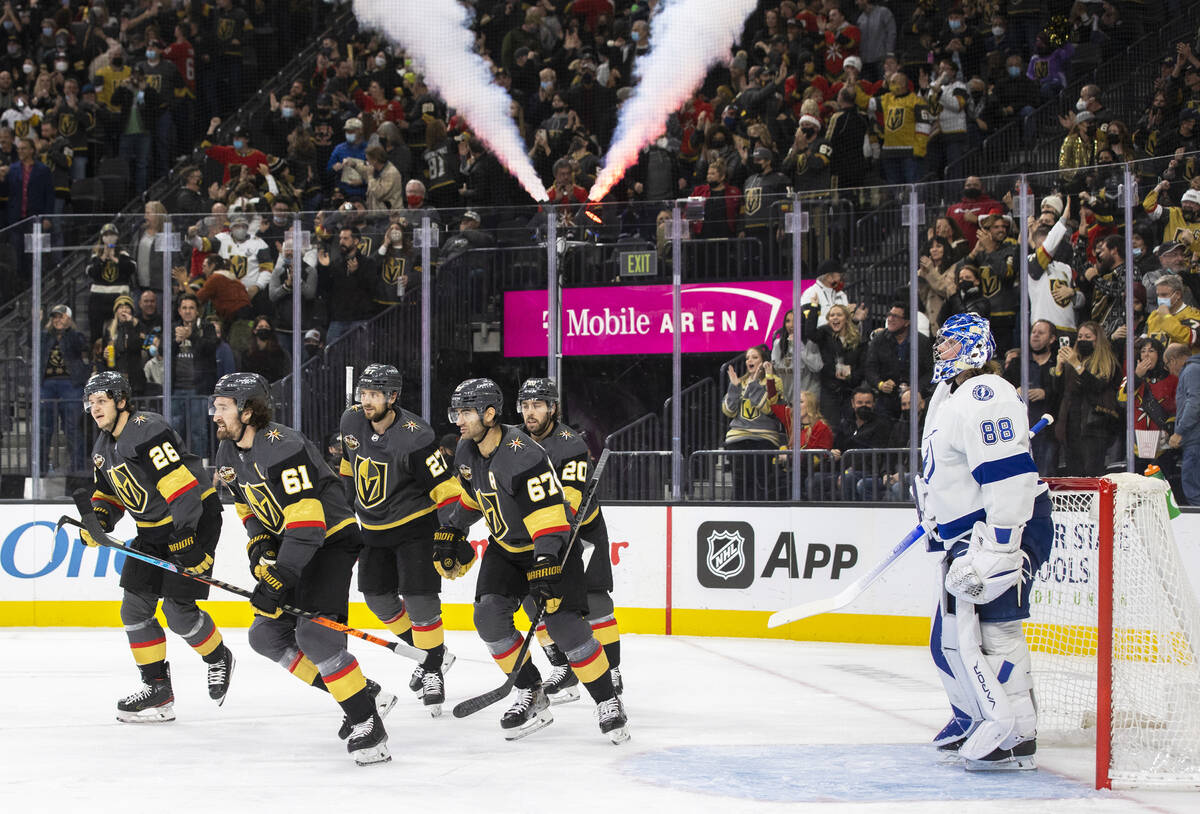 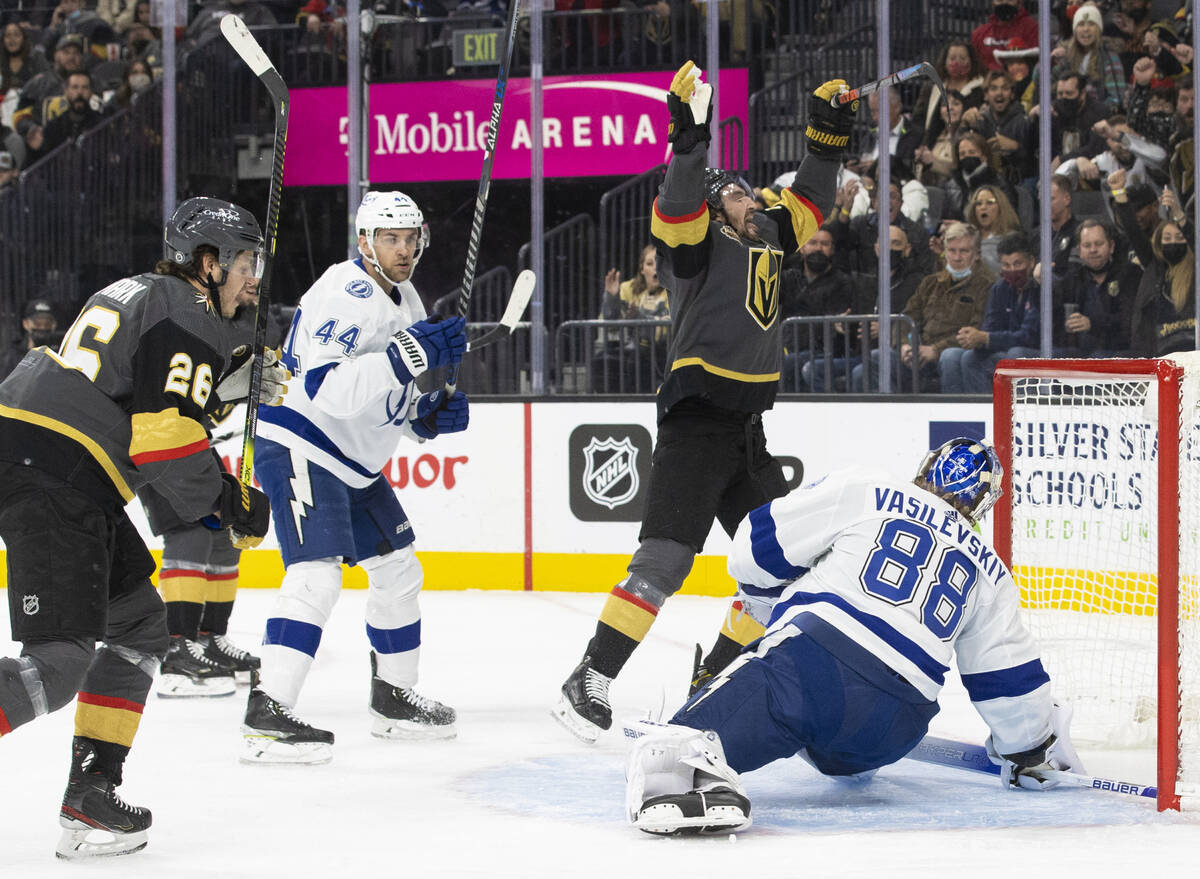 The NHL announced its return-to-play plans Sunday, with most games resuming Tuesday. That includes the Golden Knights’ game against Los Angeles at Crypto.com Arena.

The league has been off since Wednesday after starting its holiday break early because of numerous COVID-related postponements. More than 100 players were in the league’s COVID-19 protocol before the pause, with several more added Sunday.

Games were originally scheduled to resume Monday, but the NHL announced Friday that it was extending its pause an additional day to analyze COVID-19 testing results and assess whether teams were ready to return.

The Knights’ game against Colorado at T-Mobile Arena was postponed, with no makeup date set. With the NHL no longer participating in the 2022 Winter Olympics, many of the postponed games could be made up in February.

Teams returned to their facilities Sunday to conduct testing and were eligible to practice.

The Knights did not skate at City National Arena and have not said any additional players were placed in COVID-19 protocol since defenseman Alex Pietrangelo and right wing Evgenii Dadonov entered Tuesday and missed the game against Tampa Bay.

There was no announcement from the team whether it will practice Monday.

Three games — Chicago-Columbus on Tuesday and Pittsburgh-Toronto and Boston-Ottawa on Wednesday — were postponed for COVID-related reasons, but the league said all other games will be played on their scheduled dates starting Tuesday.

To help offset the increasing number of positive COVID-19 results and avoid future postponements, the NHL announced the temporary formation of “taxi squads” and temporary changes to the collective bargaining agreement.

The taxi squads will consist of up to six players and last until the 2022 All-Star Break in early February. Similar to last season when taxi squads were used, players will be permitted to travel and practice with the NHL club but must be placed on the active roster to appear in a game.

Also, teams will be permitted to recall a goaltender if it has fewer than two goaltenders on the active roster able to play because of injury or illness.

The changes to the CBA also allow teams to recall players if they have fewer than 12 forwards or six defensemen on the active roster who are able to play because of COVID-19 protocol even if they didn’t play the previous game with fewer than 18 skaters.