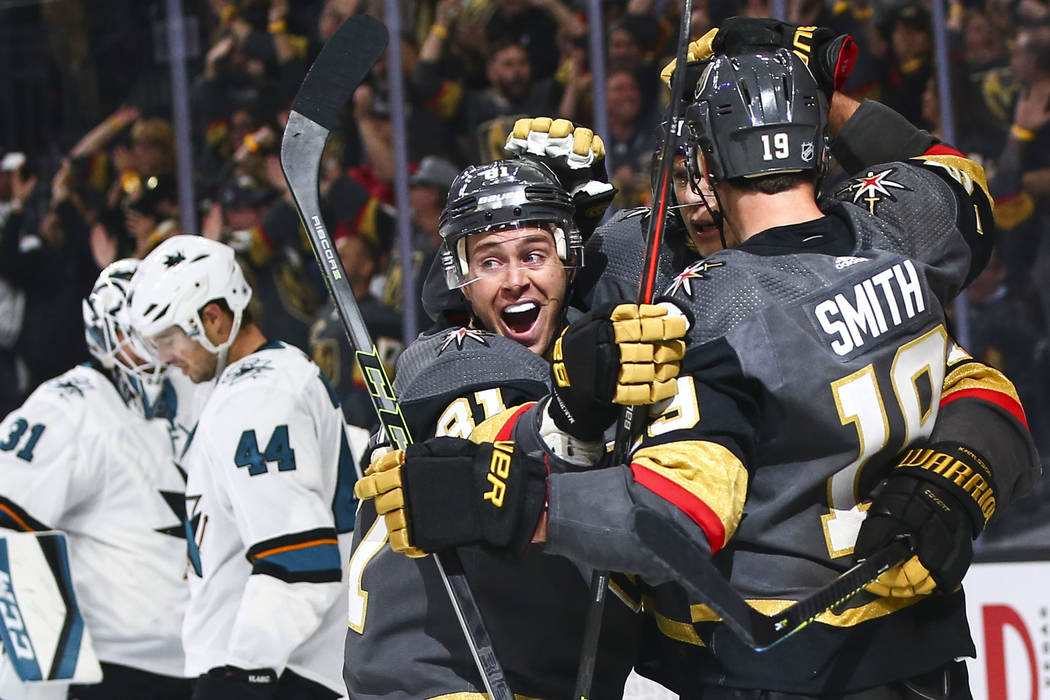 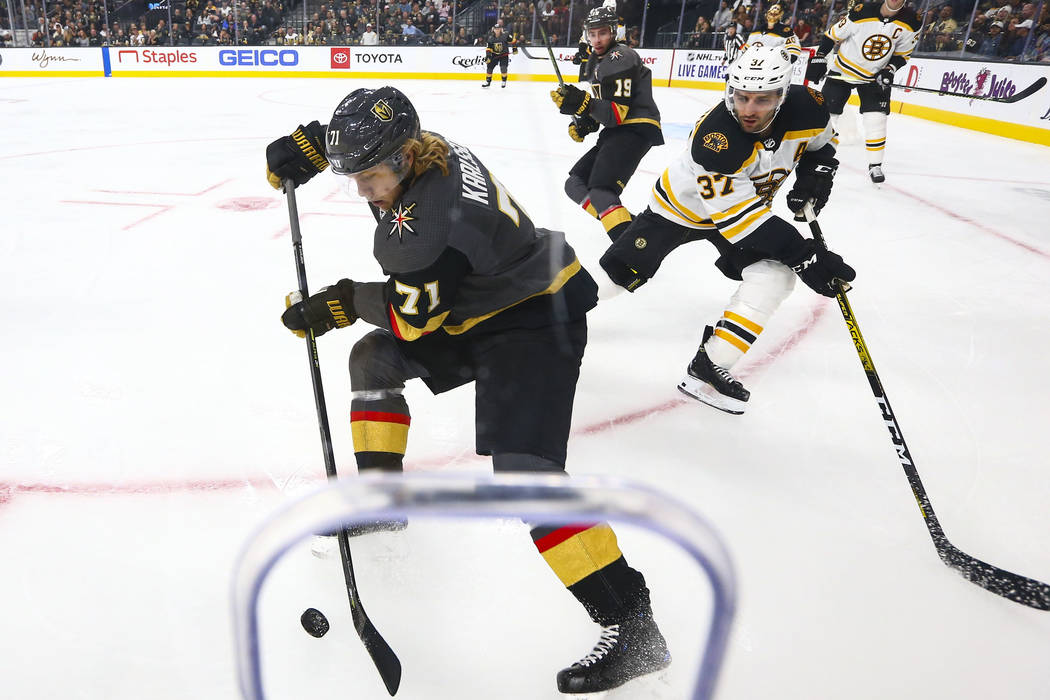 Golden Knights coach Gerard Gallant confessed to reporters Wednesday to clear up the mystery of why Jonathan Marchessault has been taking faceoffs for the top line instead of center William Karlsson.

“I’ve lied to you guys for about three or four weeks now,” Gallant said after practice at City National Arena. “Obviously there’s a little issue with Karlsson, so that’s why he’s not taking faceoffs. When he’s ready, he’ll take them. It’s a minor issue, but it bothers him taking faceoffs.”

The revelation explains why Karlsson, who led the team by wide margins in faceoffs won (588) and faceoffs lost (646) last season, has taken just five draws through three games.

Reilly Smith has taken six faceoffs and appears to be the second option after Marchessault for now.

Marchessault continued the cover-up while discussing the situation shortly before Gallant came clean Wednesday, concocting a story that the idea for him to take faceoffs arose organically during a discussion with Karlsson.

“I was just talking to (Karlsson) one day, and he said maybe I should start taking more draws, so I took some and have been doing well,” Marchessault said. “Sometimes, he will try some once in a while, but I think overall I will go, and it’s fine. We talked about it and let the coaches know what we were going to do, and they were OK with it.”

“It’s not fun, but I like that line on the ice,” he said. “They play against the other team’s top lines a lot of the time. I’d love to have (Karlsson) taking the draws, but it’s part of it. (Marchessault) has done OK. It’s not perfect, but we’ll get along with it. Faceoffs are a big part of the game. We haven’t done great on them some games, but we’ll get through it. It hasn’t cost us many goals, let’s put it that way.”

Marchessault has performed admirably, winning 48 percent of his 48 draws to surpass his 43.4 percent career success rate.

“There’s definitely more skating to be a centerman,” he said. “That’s something I’ve noticed. But I think you’re more into the game. When I’m a wing, sometimes I get caught kind of watching. It’s good to taste a little bit of both positions, and I think the strength of our line is we can all play anywhere.”

Karlsson has won three of the five faceoffs.

Marchessault said he texted former teammate James Neal after he scored four goals in Edmonton’s 5-2 win over the New York Islanders on Tuesday.

“I was happy for him,” Marchessault said.

Neal leads the NHL with six goals in three games, a franchise record. He had seven goals in 63 games last season for Calgary.

“Calgary just didn’t get the way James Neal is,” Marchessault said. “You’re not going to be getting a lot from James Neal if you expect him to do everything on the ice. He’s a guy that’s going to complete great players. It was the same thing in Pittsburgh. He was completing (Evgeni) Malkin as a great player. If he’s able to play with one of those three highly skilled centers in (Connor) McDavid, (Ryan Nugent-Hopkins) or (Leon) Draisaitl, he’s going to have a lot of success. He’s shown that already.”

Forward Cody Eakin took part in Wednesday’s practice wearing a blue no-contact jersey. He remains on injured reserve after suffering an upper-body injury in the preseason.

Gallant indicated Eakin could be close to playing.

“It’s a good sign he’s on the ice,” Gallant said. “I don’t know when he’s going to play, but it’s a good step that he’s out there today with our group.”