Golden Knights Look Ahead After Loss To Avalanche - Video 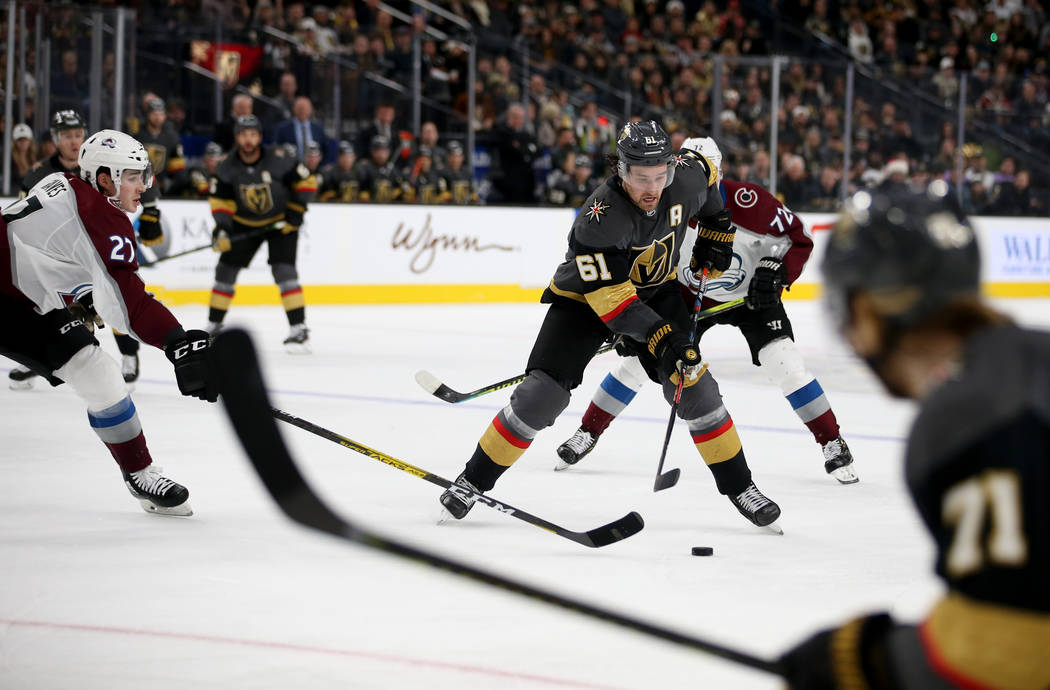 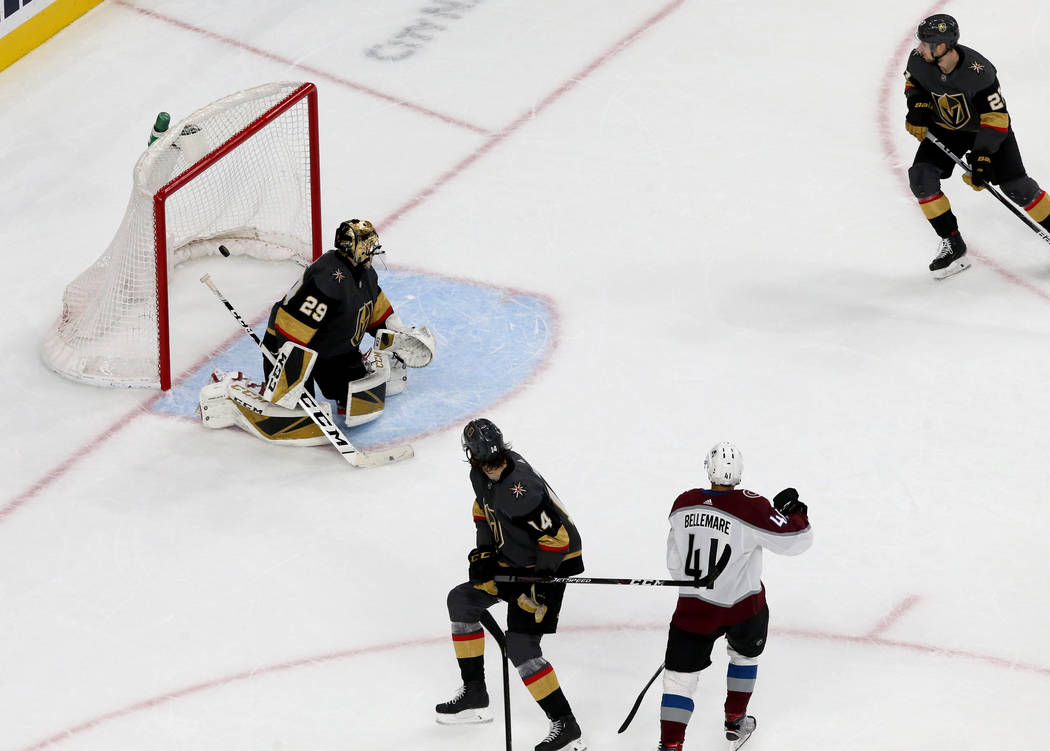 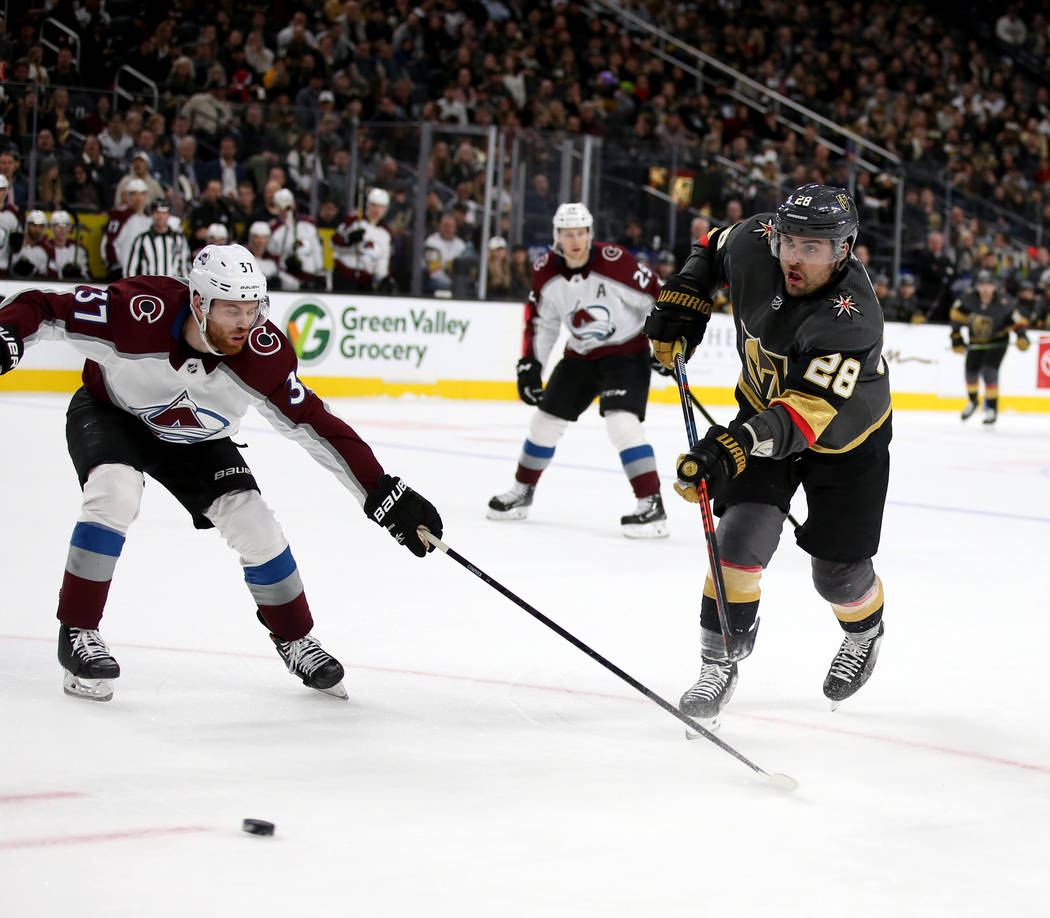 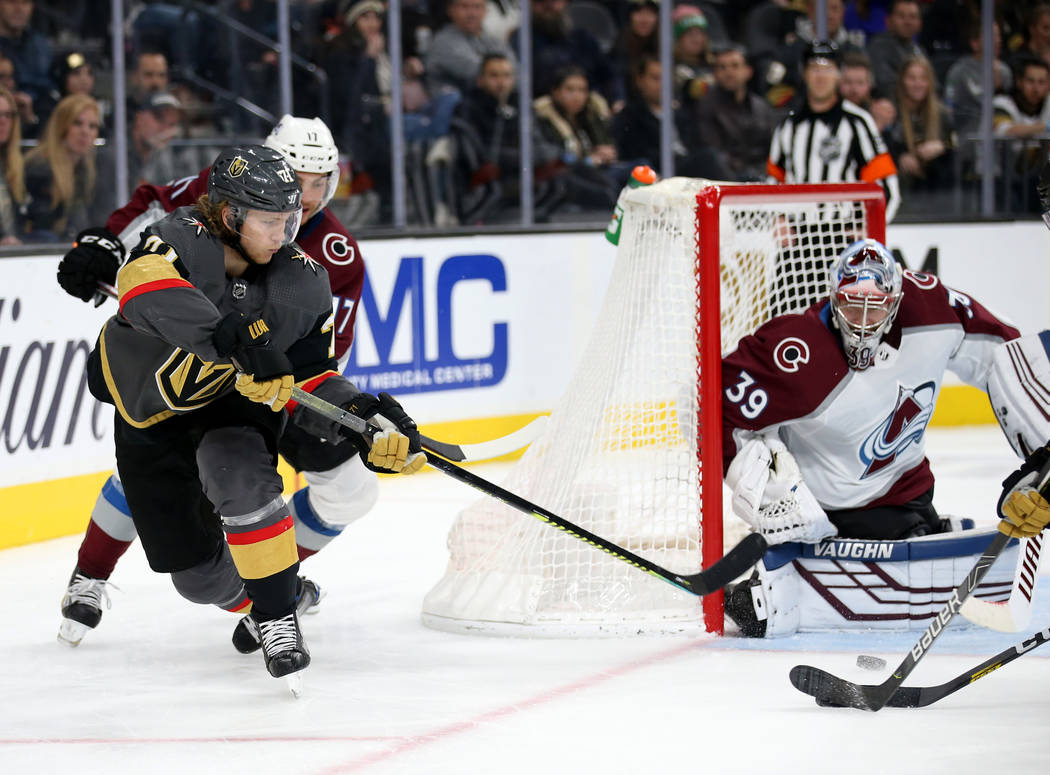 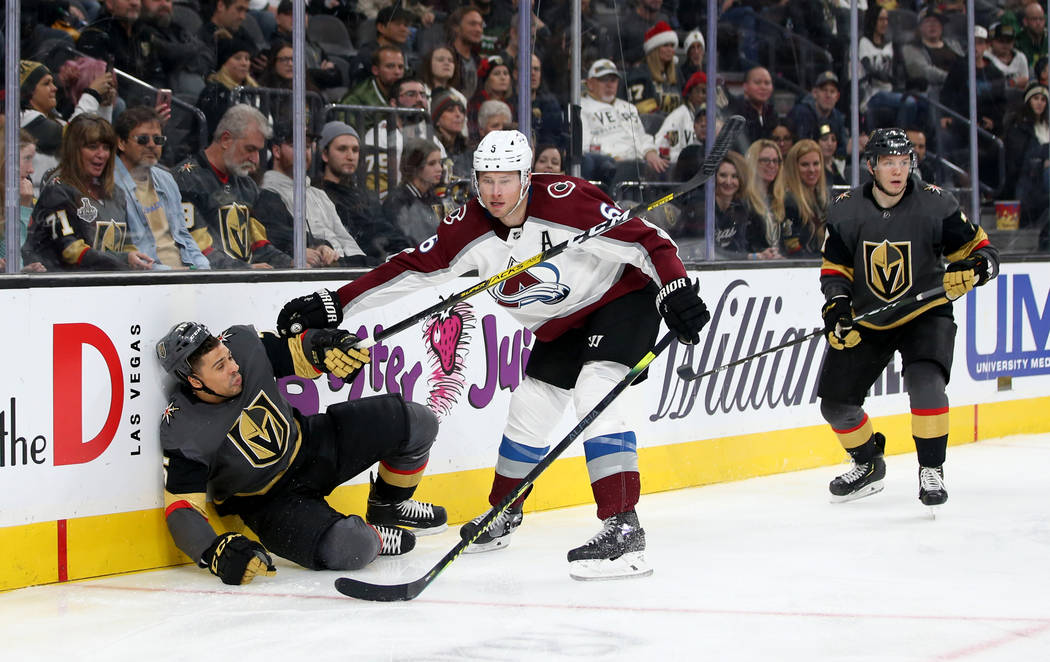 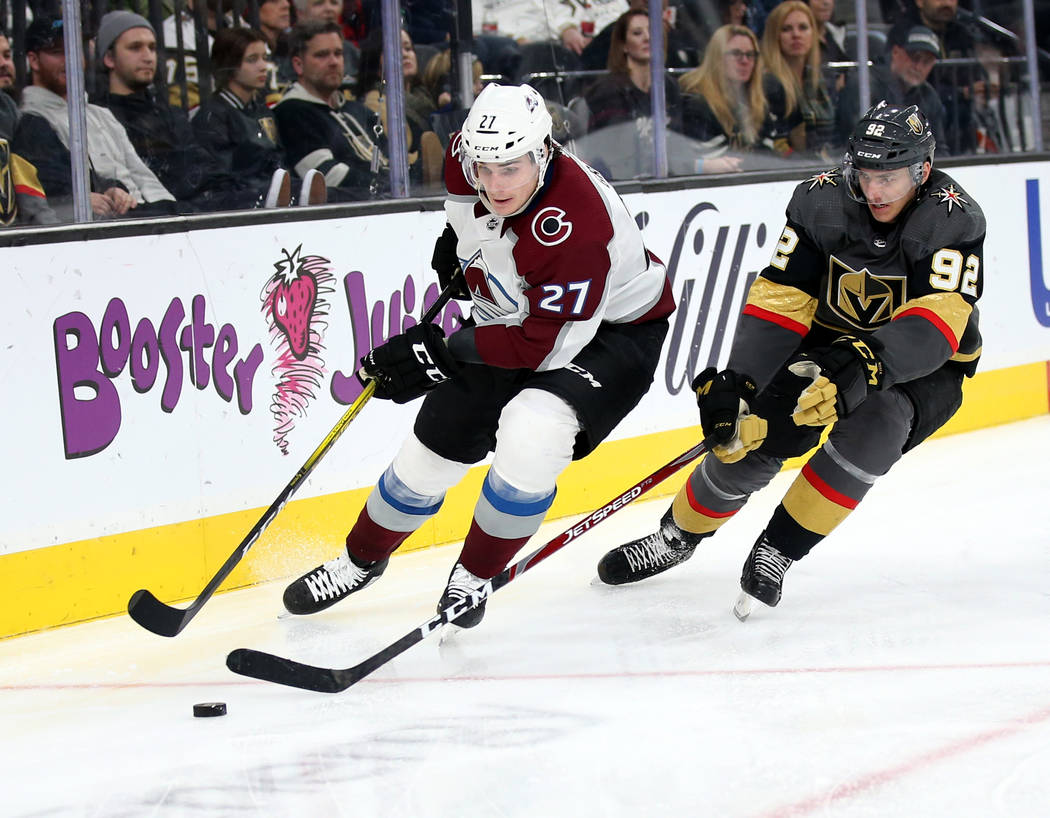 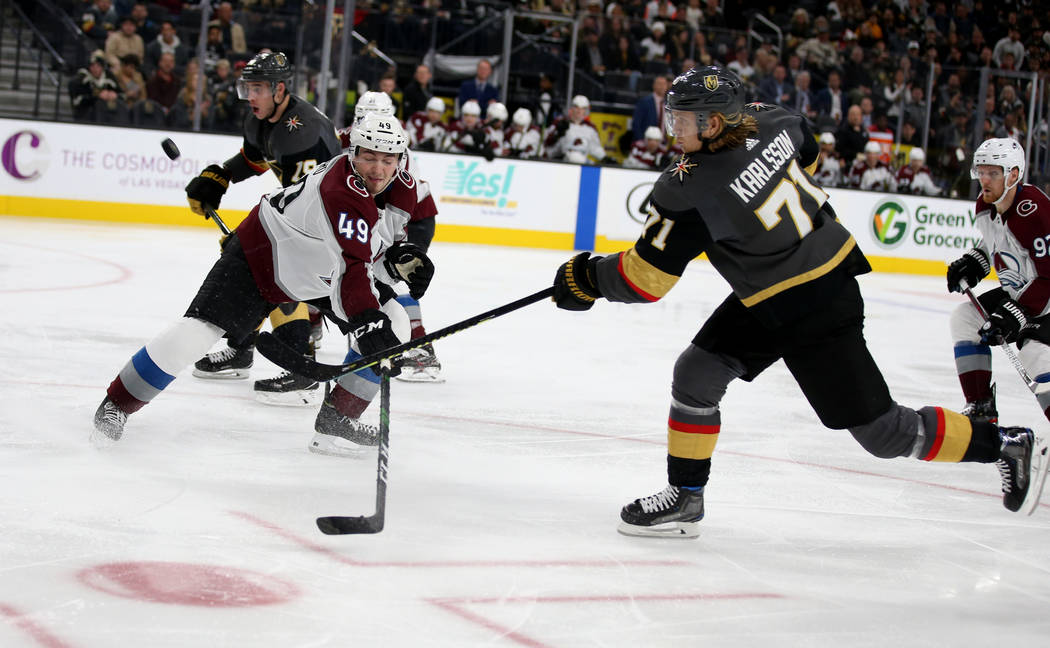 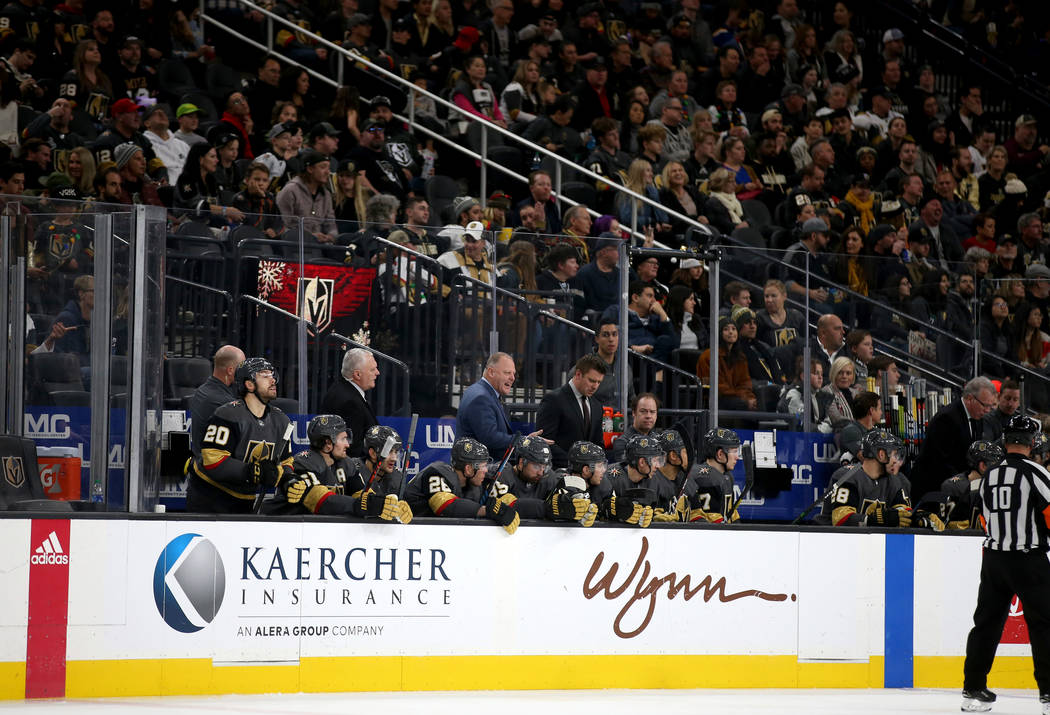 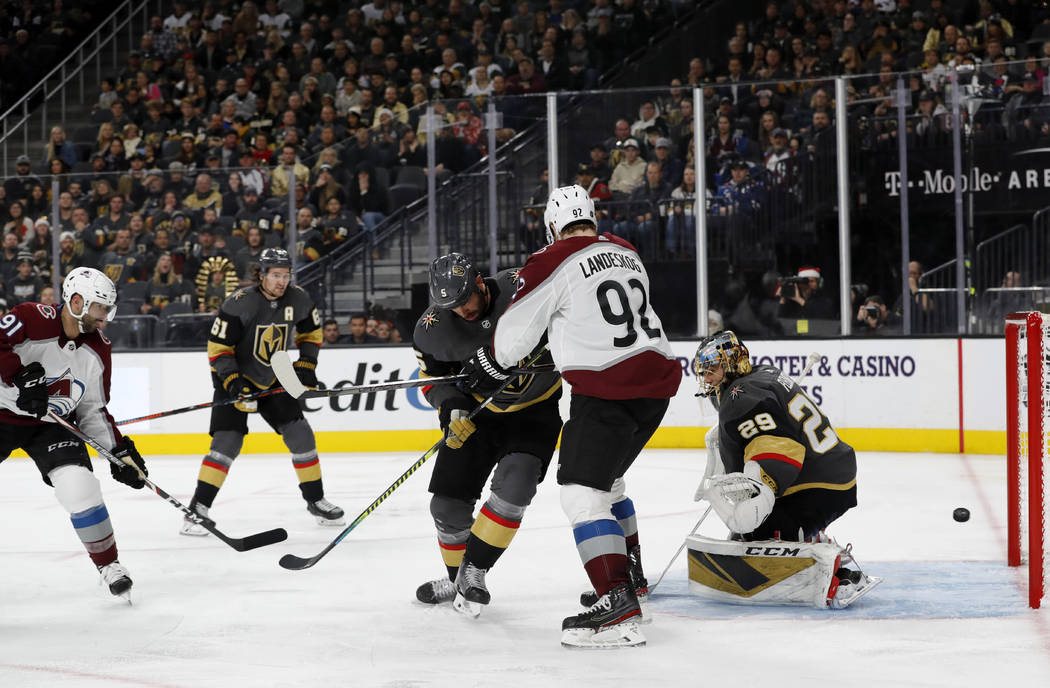 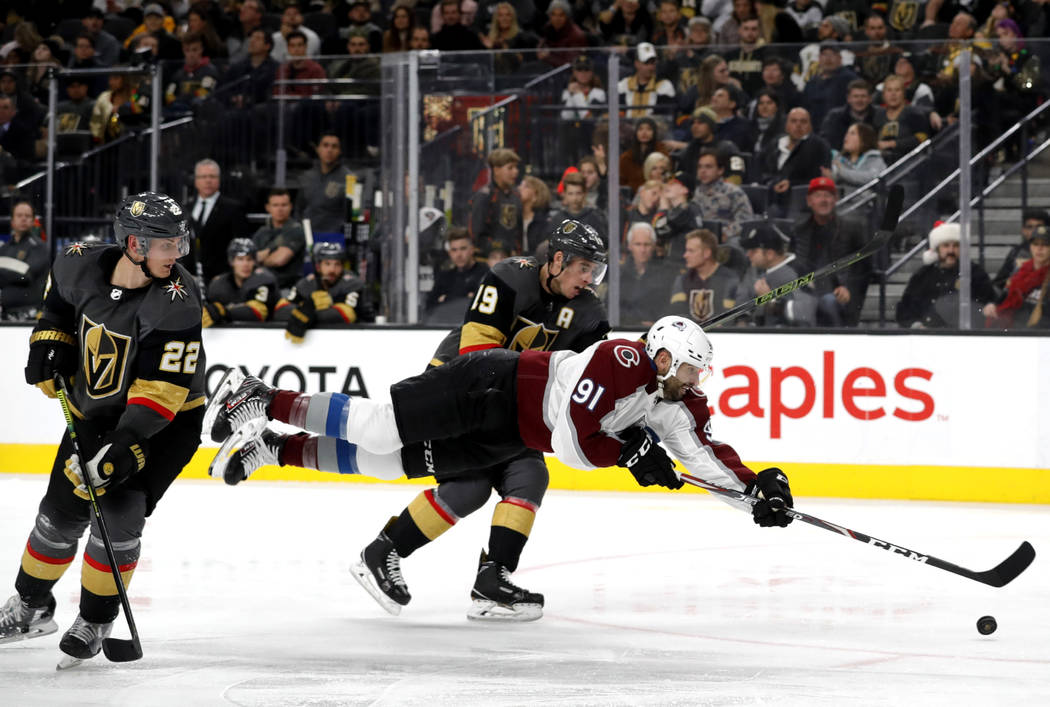 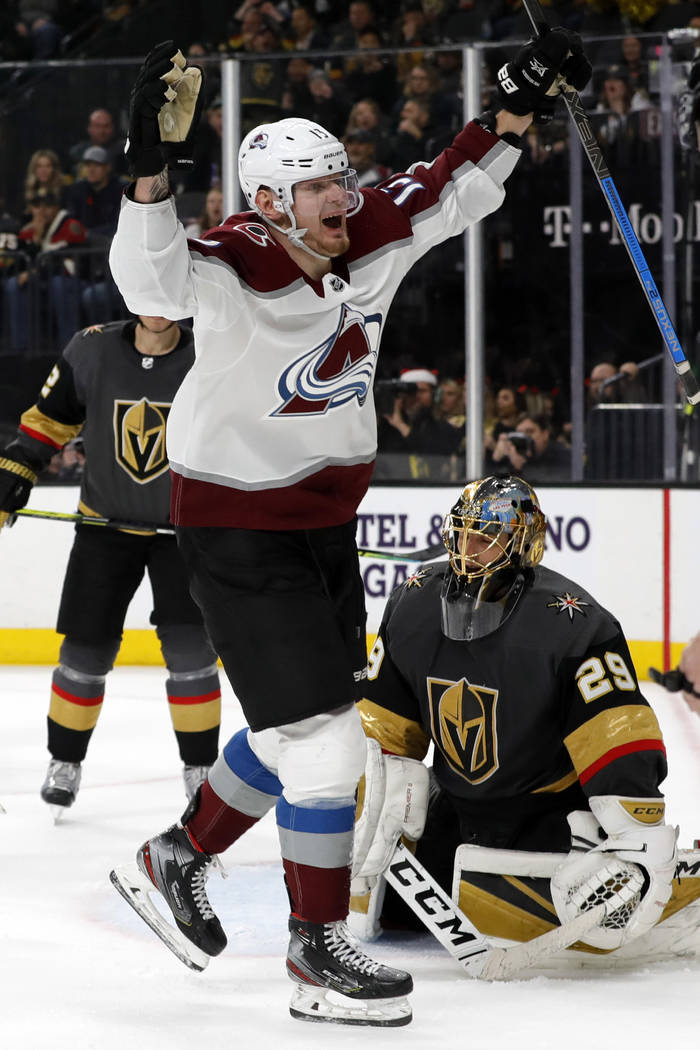 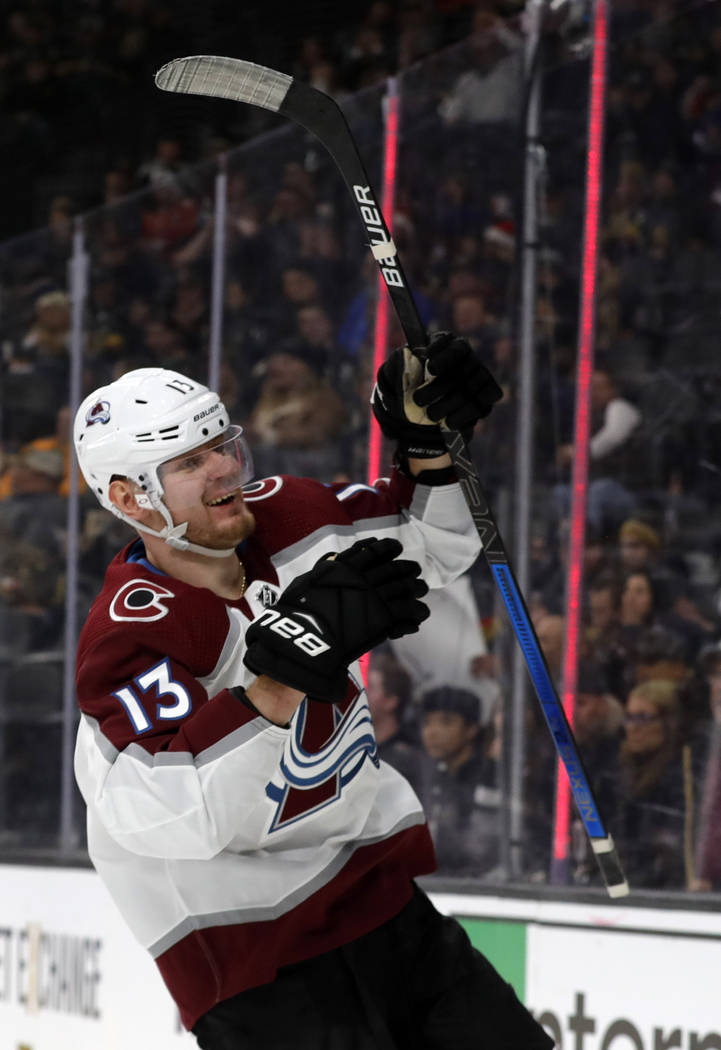 The Golden Knights entered Monday’s game against the Colorado Avalanche fresh off a 4-0-1 stretch that filled the players with cheer, mirth and confidence in their play.

The Avalanche were more than happy to humble them.

Colorado schooled the Knights for the second time this season, emerging with a 7-3 victory at T-Mobile Arena.

Ex-Golden Knights center Pierre-Edouard Bellemare scored twice to lead the Avalanche (23-11-3). Colorado, which has the second-most points in the Western Conference with 49, has outscored the Knights 13-4 in their two meetings. The Knights (20-14-6) allowed six goals in the first game before giving up a season-high seven Monday.

The Avalanche seemed to be a step ahead of the Golden Knights all night. Goaltender Pavel Francouz outdueled Marc-Andre Fleury, who tied a career-high with seven goals allowed. Members of all four Colorado lines recorded a goal.

Every time the Knights seemed to gain momentum, the Avalanche had an answer. After right wing Ryan Reaves tied the score at 1-all in the first period, Colorado scored two straight to go ahead 3-1.

The Avalanche scored two in a row again in the second after left wing Max Pacioretty cut Colorado’s lead to 3-2. And when left wing William Carrier tried to get the Knights back in the game with a third-period goal that made the score 5-3, the Avalanche closed once again with two more goals.

“That’s why they’re one of the best in the league,” Pacioretty said. “We’ll take notes and try and do what they do. We feel we have a good team in here. Much better than we showed tonight. That’s a team that’s confident over there. A lot of strong players that are feeling good about their game. It seems as if no matter what the score is, what happened in the game, they just go out the next shift and try to create. That’s the type of mindset we have to have.”

Bellemare is wearing a new sweater but he still enjoys playing in Las Vegas.

The center, who signed a two-year, $3.6 million contract with Colorado in July, has played well in both his games at T-Mobile Arena. Bellemare had a career-high three points in his first visit Oct. 25 and had his first two-goal game Monday.

“This building has been good to me the last two years and now a few months,” Bellemare said. “I don’t know what to tell you. Kind of some crazy bounces, crazy plays. I don’t really know how to summarize the whole thing, but somehow I feel good when I play here.”

Aside from the scoreboard, the scariest sight for the Knights came when Pacioretty went down the tunnel toward the locker room in the first period.

Pacioretty collided with Avalanche defenseman Ian Cole and was attended to by a trainer. He skated off the ice on his own power, and returned from the locker room in time for his first shift of the second period. Pacioretty said he didn’t see Cole until the two of them slammed into each other.

He later scored his team-leading 16th goal with 8:03 left in the second.

Defenseman Deryk Engelland may be 37 years old, but he still knows how to throw a punch.

Engelland got into his first regular-season fight with the Knights in the second period. He didn’t like how close left wing Valeri Nichushkin got to Fleury and dropped the gloves.

Experience trumped youth. Engelland, who has 56 career fights in the NHL regular season and postseason, according to HockeyFights.com, easily bested the 24-year-old Nichushkin.