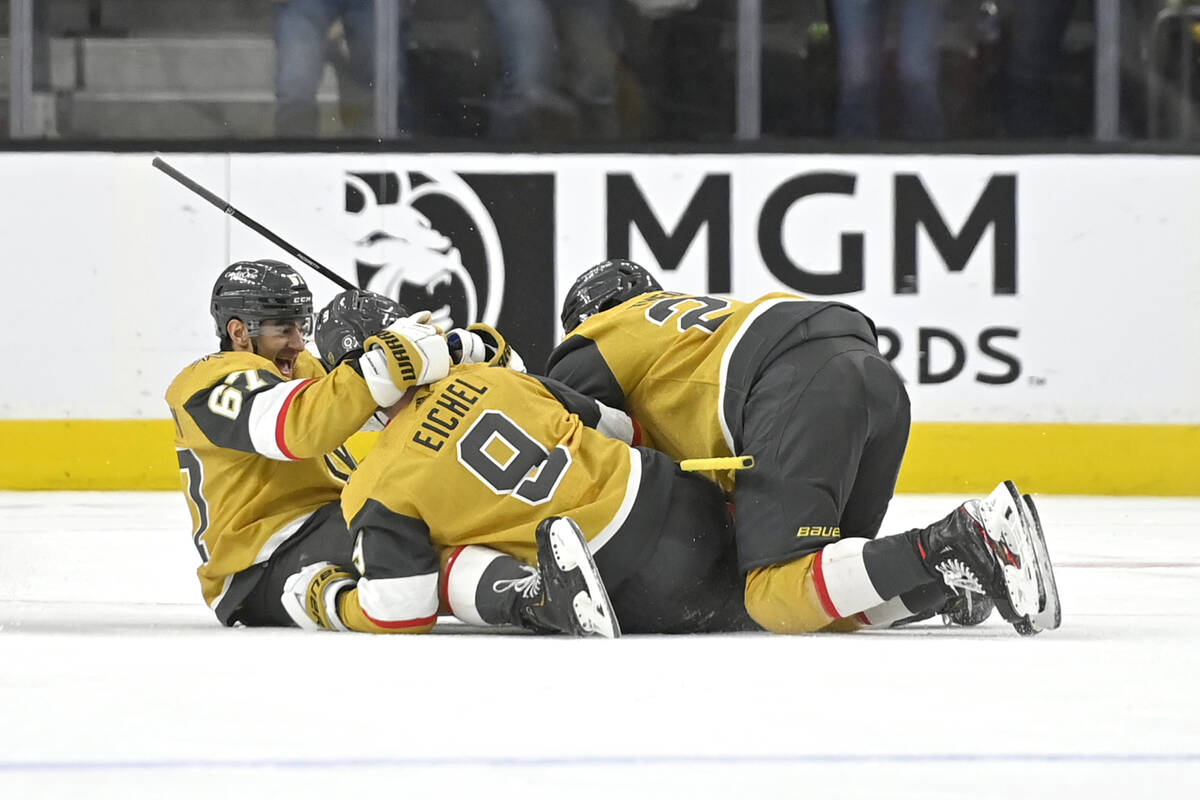 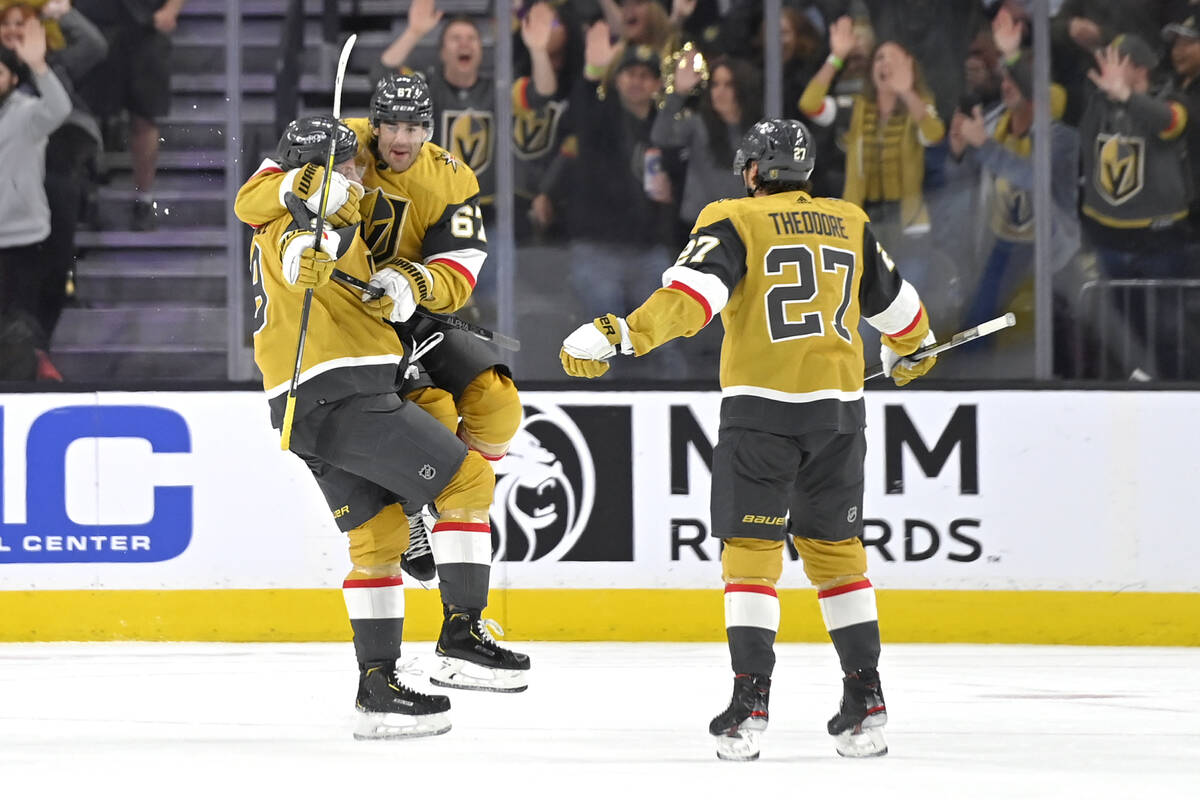 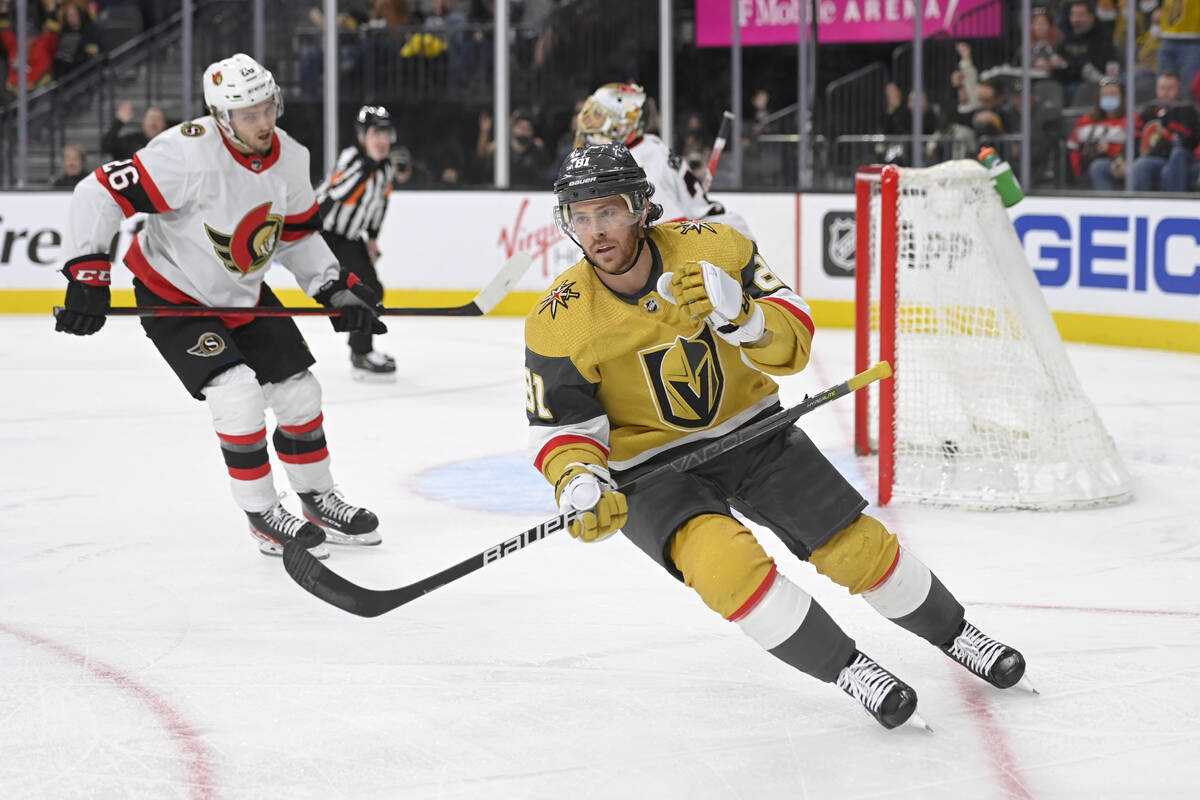 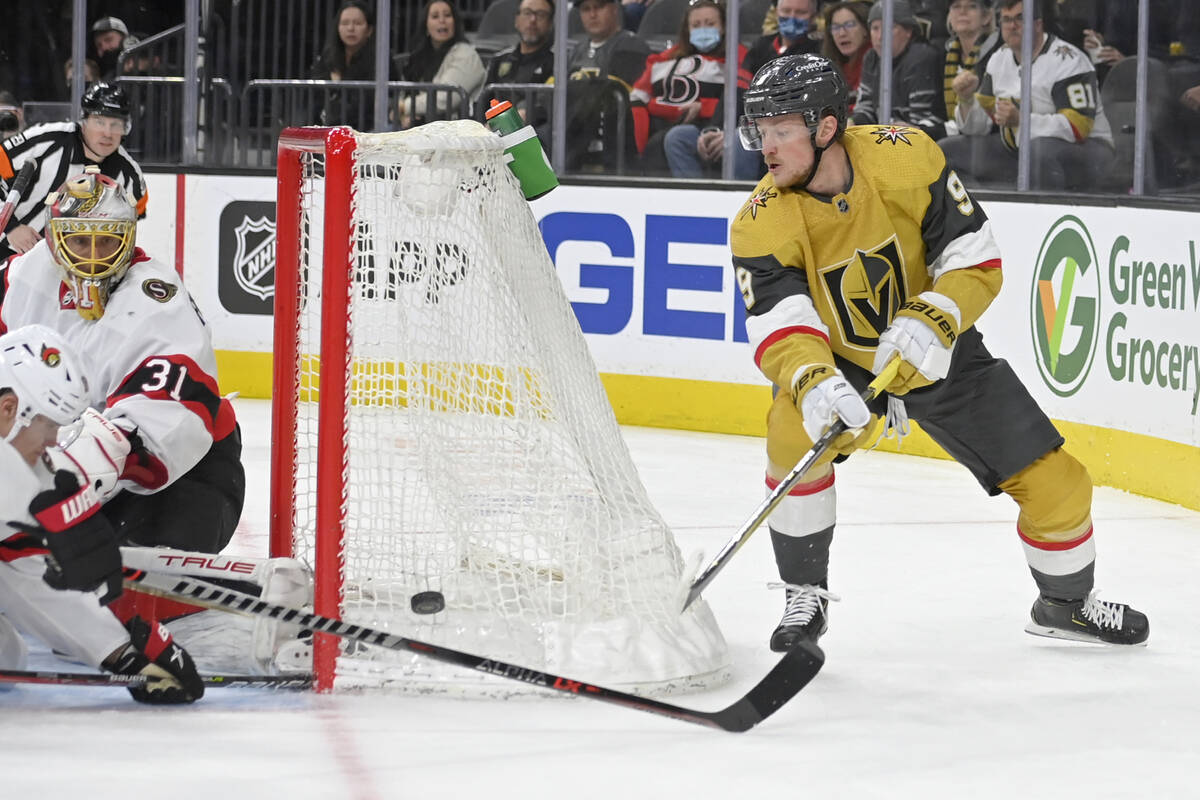 Vegas Golden Knights center Jack Eichel (9) skates around the net with the puck against the Ottawa Senators during the second period of an NHL hockey game Sunday, March 6, 2022, in Las Vegas. (AP Photo/David Becker) 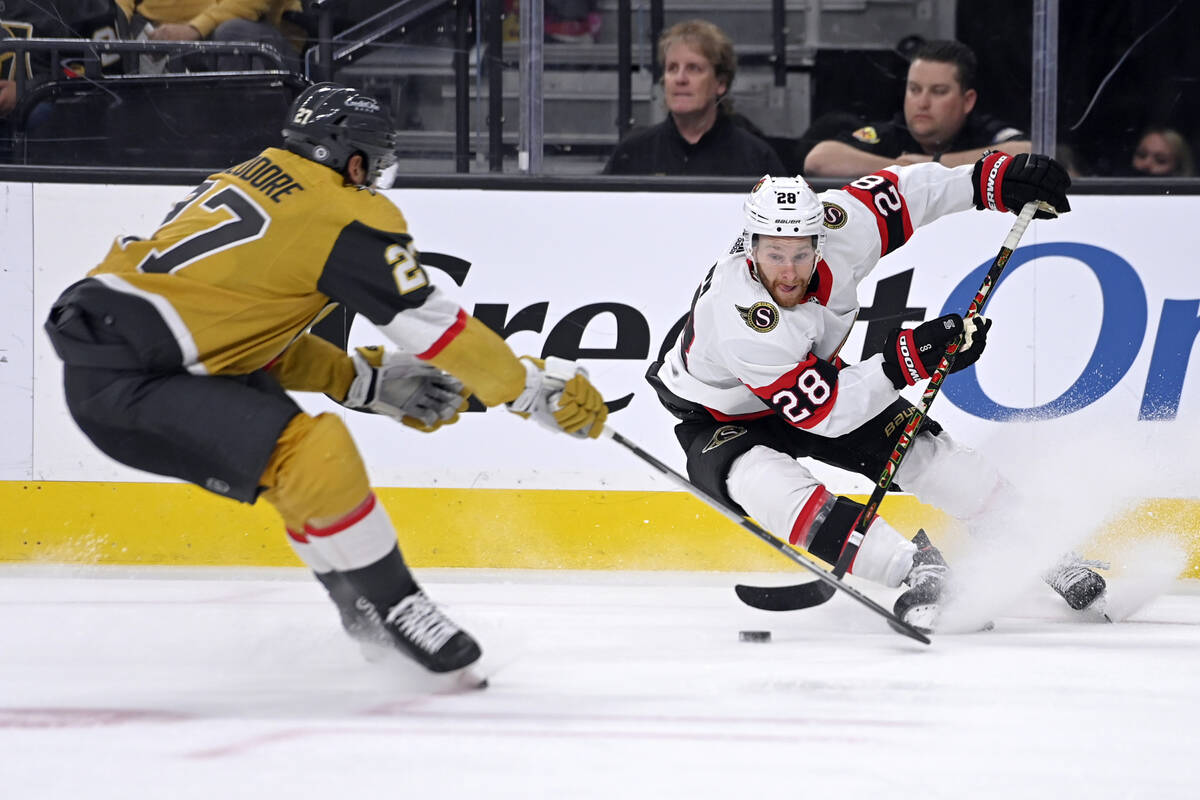 Fans leaped to their feet and roared when center Jack Eichel scored to lift the Golden Knights to a last-minute 2-1 win over the Ottawa Senators on Sunday at T-Mobile Arena.

The cheers didn’t stop. Not when left wing Max Pacioretty tackled Eichel to the ground in celebration. Not when play resumed with a final faceoff. Not when the final 5.2 seconds expired and the Knights could soak in one of the loudest ovations of the season.

They better have enjoyed it. They won’t get a chance to experience something like that for a while. The Knights’ next five games — and seven of nine — are on the road starting Tuesday in Philadelphia.

The team has proven adept at adapting to new surroundings. That will have to continue as it fights for position in the jumbled Pacific Division standings.

“It was good to get the win,” left wing Jonathan Marchessault said. “Hopefully we can bring that on the road and do what we’ve got to do.”

The Knights are no strangers to March road trips.

T-Mobile Arena hosts the Pac-12 men’s basketball tournament every year. The Knights were on the road for six straight games last season in March.

But the team never has been in a position like this in the standings. The Knights entered their longest March road trip in first place three of their first four seasons. The only time they didn’t was in 2018-19, when they were in third place but had a five-point lead for the Pacific’s final playoff spot.

The picture is much different this season. The Knights are third in the Pacific with 68 points in 57 games. First-place Calgary has 73 in 54 games, and second-place Los Angeles has 69 in 57. Fourth-place Edmonton is within striking distance of the Knights with 64 points in 56 games. Any stumble by the Knights could at least temporarily knock them out of the playoff picture.

“This is kind of the first time I’ve been in a situation like this where every game means something,” said Eichel, who never made the playoffs in six seasons with Buffalo. “Every team seems to be winning, and you just need to keep trying to find two points every night.”

Four of their five opponents — Philadelphia, Buffalo, Columbus and Winnipeg — aren’t in line to make the playoffs. Pittsburgh, third in the Metropolitan Division, is the only foe that is.

The schedule sets up for the Knights to come home March 17 with points in their pocket. They’re aware they’re going to need them.

“We know that we have to start to really push, and for me, we have to find another level in our game and individually,” coach Pete DeBoer said. “That’s the challenge.”