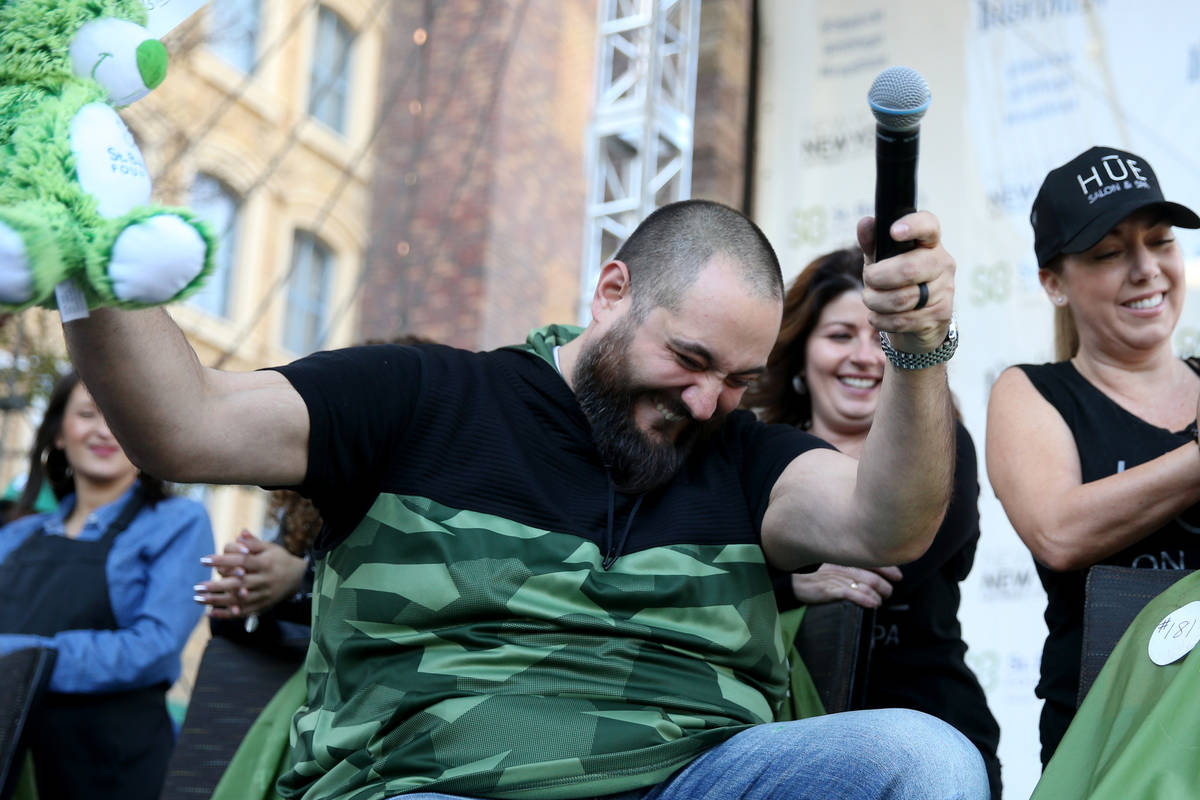 Wayne Danielson, one of the Golden Knights’ popular in-arena hosts, announced his departure from the team Monday on his Twitter account.

Danielson, known as “Big D,” said he is relocating to Nashville, Tennessee, to become an afternoon host on country music radio station WSIX-FM, 97.9. He currently serves as a DJ and program director in Las Vegas at KWNR-FM, 95.5.

Ummm, I have news… pic.twitter.com/nrRzyrhGAu

Danielson, 38, was hired by the Knights before the inaugural season and teamed with co-hosts Mark Shunock and Katie Marie Jones, entertaining fans before and during games.

“You’ll never know what my time with the @GoldenKnights has meant to me!” Danielson wrote. “Forever in my heart! THANK YOU!”

Danielson often connected with younger fans and developed a signature routine before the start of warm-ups at T-Mobile Arena where he would instruct one of the kids nearby to say “Wags, hit the bells.” The line was a cue for music director Jake Wagner to begin the soundtrack when the Knights were ready to take the ice.

Today we say farewell & good luck to our very own @BigDradio who has been with us in The Fortress from the start! 🎤

As he and his family move on to the next chapter of their lives, we thank Big D for his dedication, energy and for being a friend 💛 #VegasBorn pic.twitter.com/dz8ZNga1GT

Danielson has lived in Las Vegas since 2015 after arriving from Minneapolis. He had previous stops in La Crosse, Wisconsin, and St. Cloud, Minnesota.

“My main goal is not what happens on the camera, because that’s fun and that can be impactful,” Danielson said in April. “But what happens when you’re going up and down the stairs or around the concourse or the hallways. My goal is to enhance one person’s experience at the building. Whether it’s somebody has a shared season ticket package with their best friend and they’re at every single game.

“We can’t help the outcome. That part is out of our control. But in between the whistles, and on your way in and on your way out, there’s a lot more that we can help. The impact is really made in between what you see on the Knightron.”