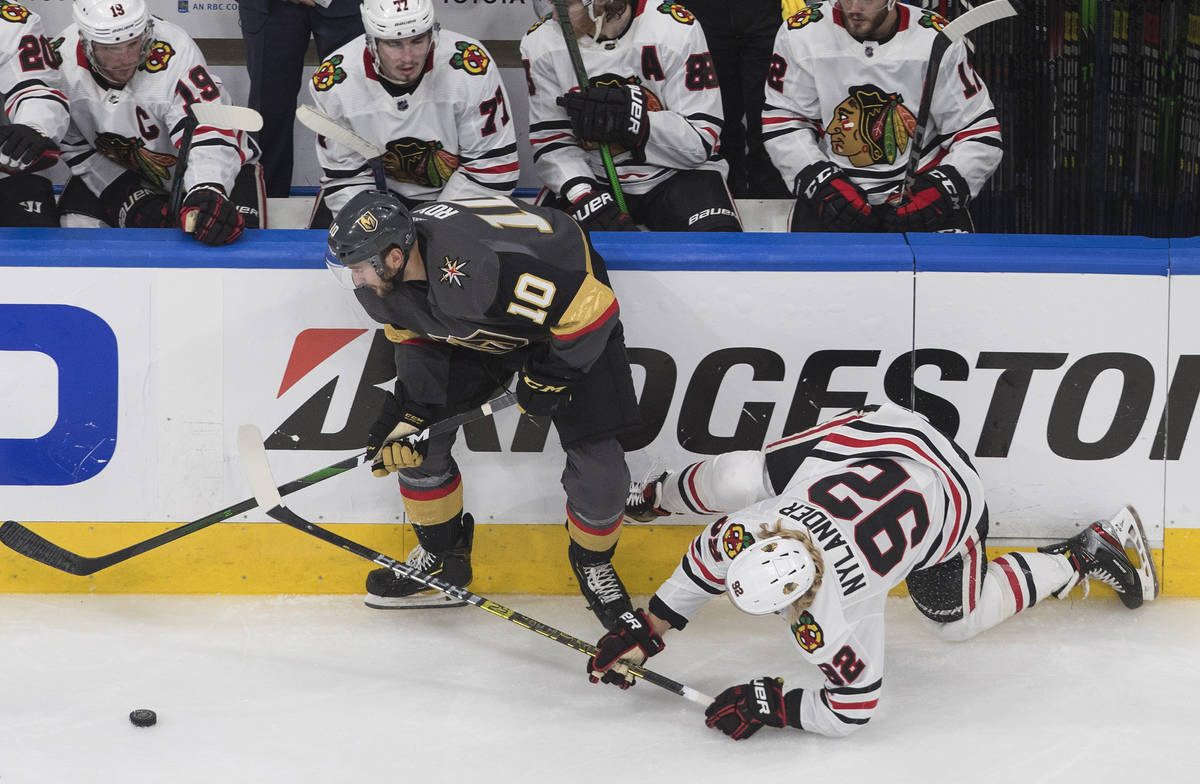 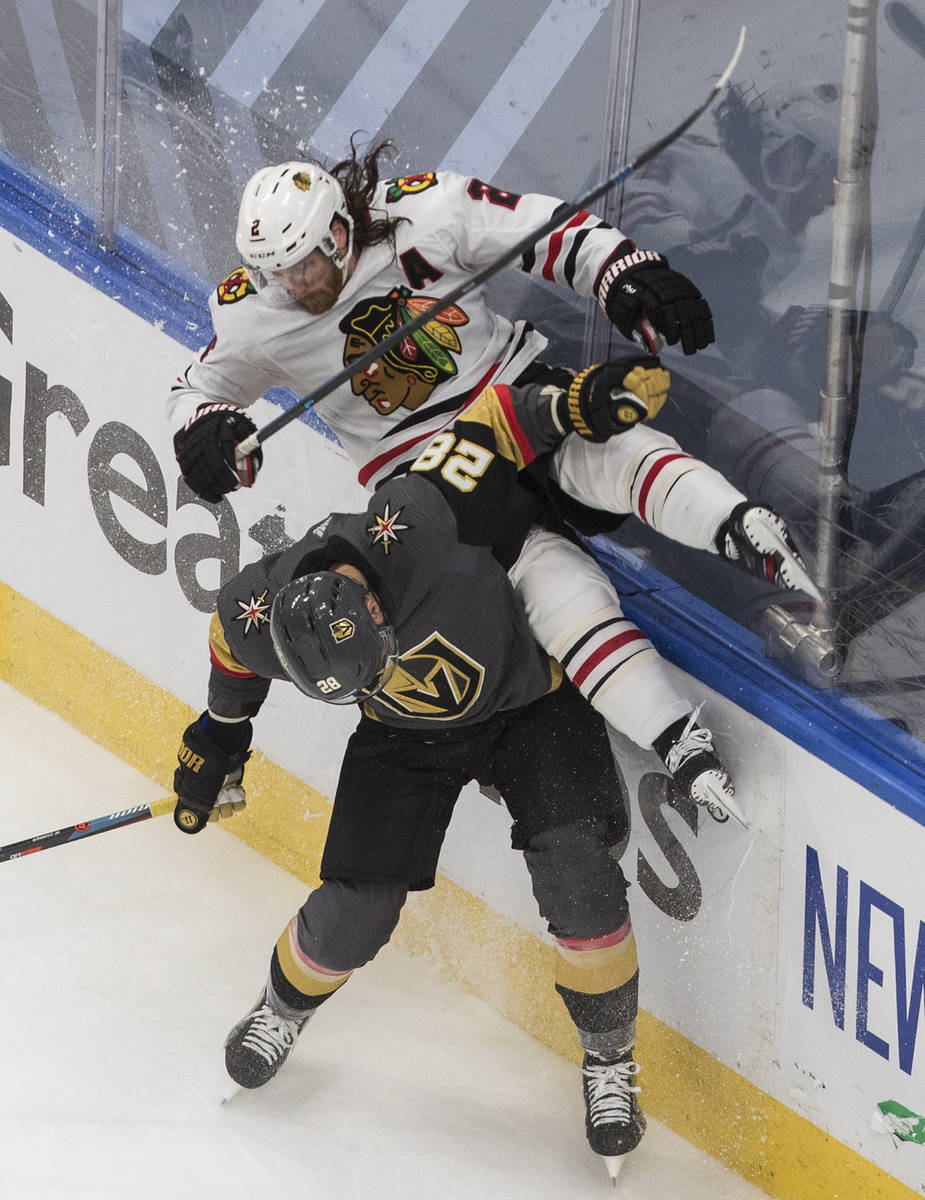 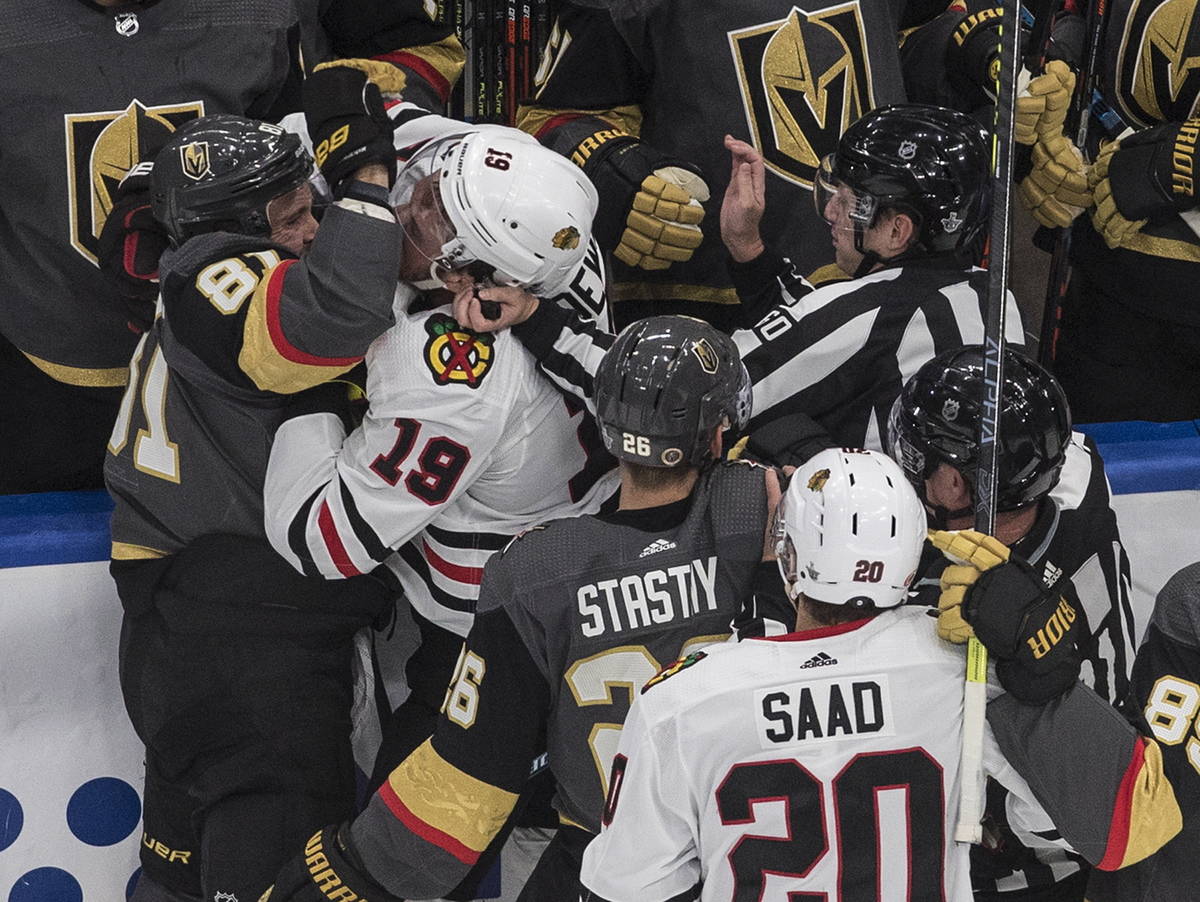 If playoff series are a chess match, the next move belongs to Chicago Blackhawks coach Jeremy Colliton.

The Golden Knights imposed their style on the opener of the Western Conference quarterfinals — a 4-1 victory — and it’s up to the Blackhawks to counter in Game 2 on Thursday at Rogers Place in Edmonton, Alberta.

“Our goal, like (Tuesday) night, is going to be to make their offense hard to come by,” Knights coach Pete DeBoer said during a videoconference call Wednesday. “Whether it’s by not giving them power plays or not giving them room five-on-five, make them earn the opportunities they’re going to get.”

The Knights’ ability to play a wide-open game or a cagey, close-to-the-vest style put Chicago in a difficult spot during Game 1.

The Blackhawks used an aggressive style during the regular season and had success with that system against a mistake-prone Edmonton Oilers team in the qualifying round, winning the series in four games.

But against a more structured team such as the Knights, Colliton opted for a conservative, defensive-minded game plan in Game 1.

After a few wobbly moments early, the Knights adjusted and held the Blackhawks without a shot for more than 10 minutes in the first period.

Chicago finished with 20 shots on goal, tied for its season low.

The Knights continued to own third periods in the postseason and have a plus-nine goal differential in the final 20 minutes after Reilly Smith scored twice in Tuesday’s victory.

In four games, the Knights have scored 10 of their 19 goals in the third period. The Columbus Blue Jackets are second in the league with seven third-period goals.

”That’s just been a focus to us,” defenseman Nick Holden said, “going out in the third just to make sure we don’t have any letdowns and keep pushing the pace because that’s when we can dominate in games.”

The Knights signed a two-year extension with the Fort Wayne Komets to serve as the team’s ECHL affiliate. The deal runs through the 2022 season.

Fort Wayne was the team’s affiliate the past two seasons, and four players from the Knights’ organization spent time with the Komets in 2019-20: forwards Ben Jones and Jermaine Loewen, defenseman Brayden Pachal and goaltender Dylan Ferguson.

The ECHL is hopeful of starting its season Dec. 4.

“We’re thrilled to be extending our affiliation with one of the premier clubs in the ECHL, the Fort Wayne Komets,” president of hockey operations George McPhee said in a statement. “Our partnership with the Komets has proven to be a valuable steppingstone for young players looking to advance through our ranks and reach their full potential.”