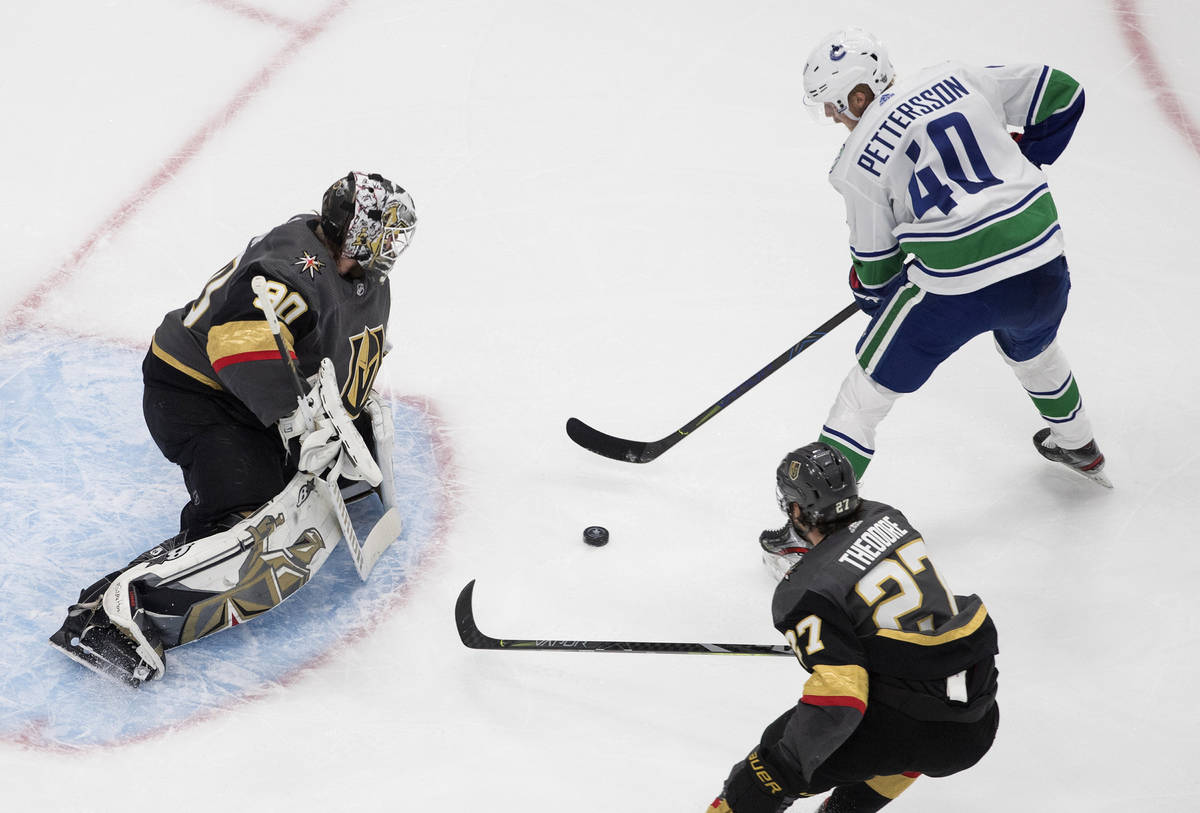 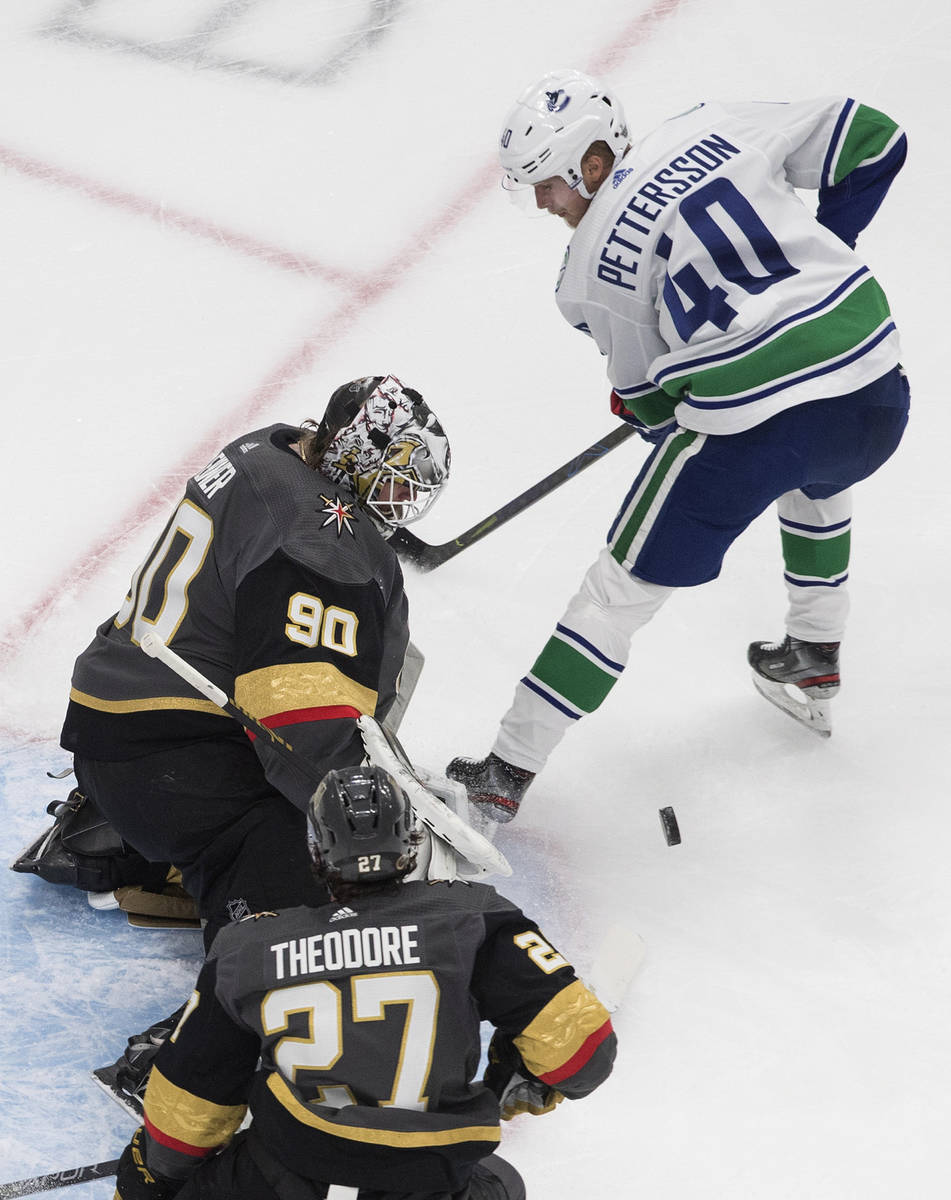 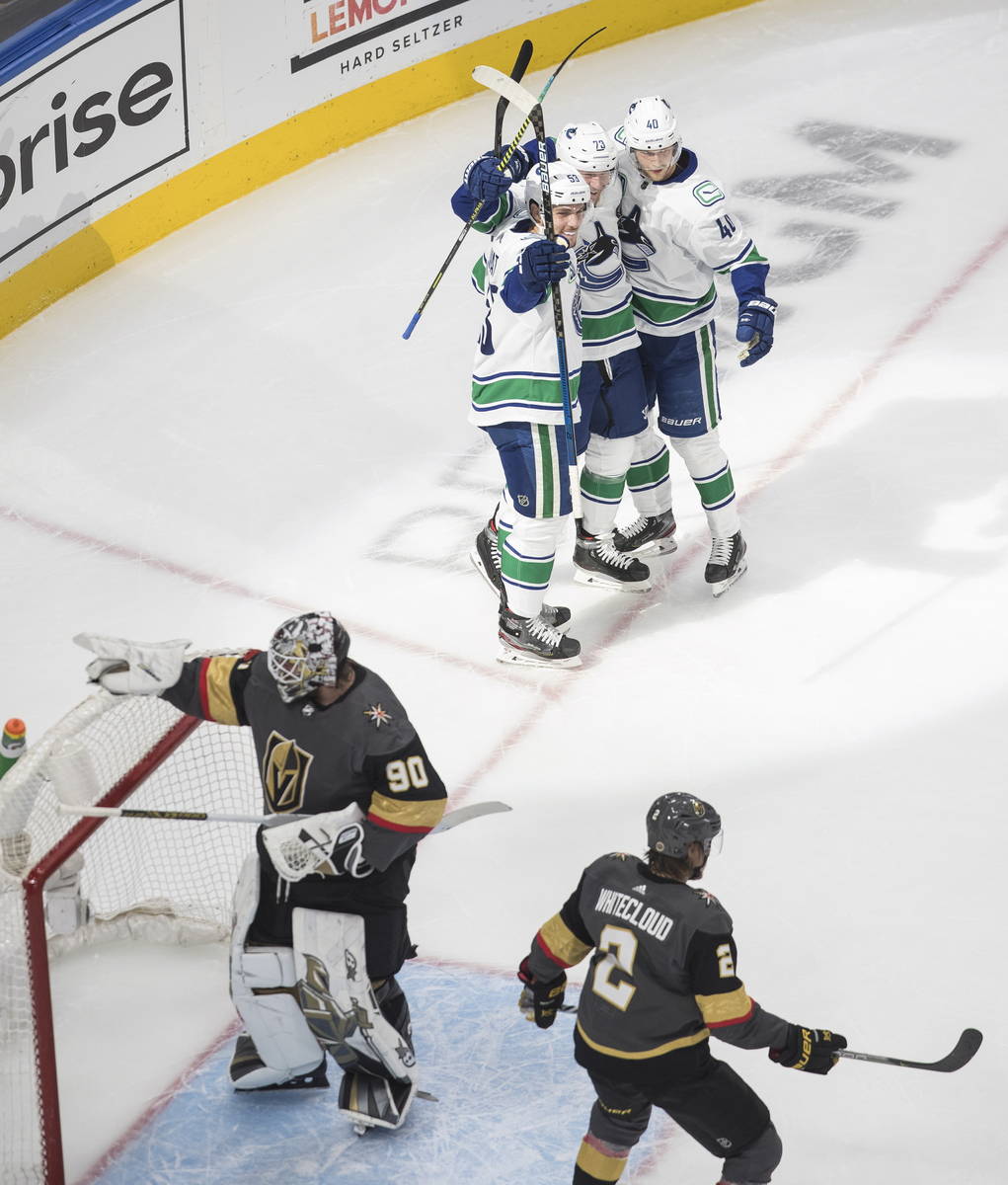 The Golden Knights kept a lid on the Vancouver Canucks’ top-end talent in the first game of their second-round series Sunday. In Game 2, that top fell off and the Canucks tied the series in Edmonton, Alberta.

Center Elias Pettersson had a goal and two assists in Vancouver’s 5-2 victory Tuesday after not getting a shot on goal in Game 1.

Pettersson wasn’t the only Canucks player to spring to life. Captain Bo Horvat bounced back from a quiet Sunday to score twice in Game 2, right wing Tyler Toffoli had three points in his first game of the series and other Canucks contributed.

Now it’s up to the Knights to shut them down again.

“We definitely gave them a lot of room,” left wing Jonathan Marchessault said. “Their skill players, they were coming in our zone like (it was) nothing. It was too easy for them. We made their life easy out there. It’s on us to go back to how structured we were in the first game.”

Quieting Vancouver’s top six is especially important for the Knights because of their depth advantage. The Canucks don’t have a point from their bottom-six in the series. The Knights have received two goals and an assist from right wing Alex Tuch and assists from Nick Cousins, Nicolas Roy and Chandler Stephenson.

“We’ve played against high-end skill ever since we’ve been here,” right wing Mark Stone said. “They’re going to get their chances, they’re going to get their looks. But taking away time and space for those guys is the most important thing. When you start to feel comfortable, that’s when they start to take advantage of us. Yesterday we gave those guys a little bit too much time and space to dipsy-doodle.”

Coach Pete DeBoer said he won’t be concerned if the Knights lose the faceoff battle in this series. But he doesn’t want his team to get its butt kicked.

The Canucks have won 83 of 128 faceoffs (64.8 percent). Horvat has won 39 draws, seven more than any other player in the second round entering Wednesday.

“If the faceoffs are 45-55, I’m not as concerned,” DeBoer said. “I think you can get away with it. When they start getting into the 30-70, 20-80 range, like we’ve exited some periods with, it becomes a big issue because you’re never starting with the puck. I think we’ve been able to compete for stretches where we’ve been able to level the playing field a little bit when we dig in and get help from our wingers, and things like that.”

Stone said he watched the video of Jacob Blake, a Black man, being shot by police Sunday in Kenosha, Wisconsin, and called it “heartbreaking.”

Blake’s father, also named Jacob Blake, told the Chicago Sun Times his son was left paralyzed from the waist down. The family’s lawyer, Ben Crump, said Tuesday at a news conference that it would “take a miracle” for him to walk again.

The shooting of Blake was captured on cellphone video and ignited more protests in the U.S. after the country spent months reckoning with racial injustice and police brutality following the deaths of George Floyd and Breonna Taylor.

“It’s been an issue in the last couple of months, especially,” Stone said. “I have played with guys from tons of different races, and they’re just teammates for me. I don’t look at them in any other way.”