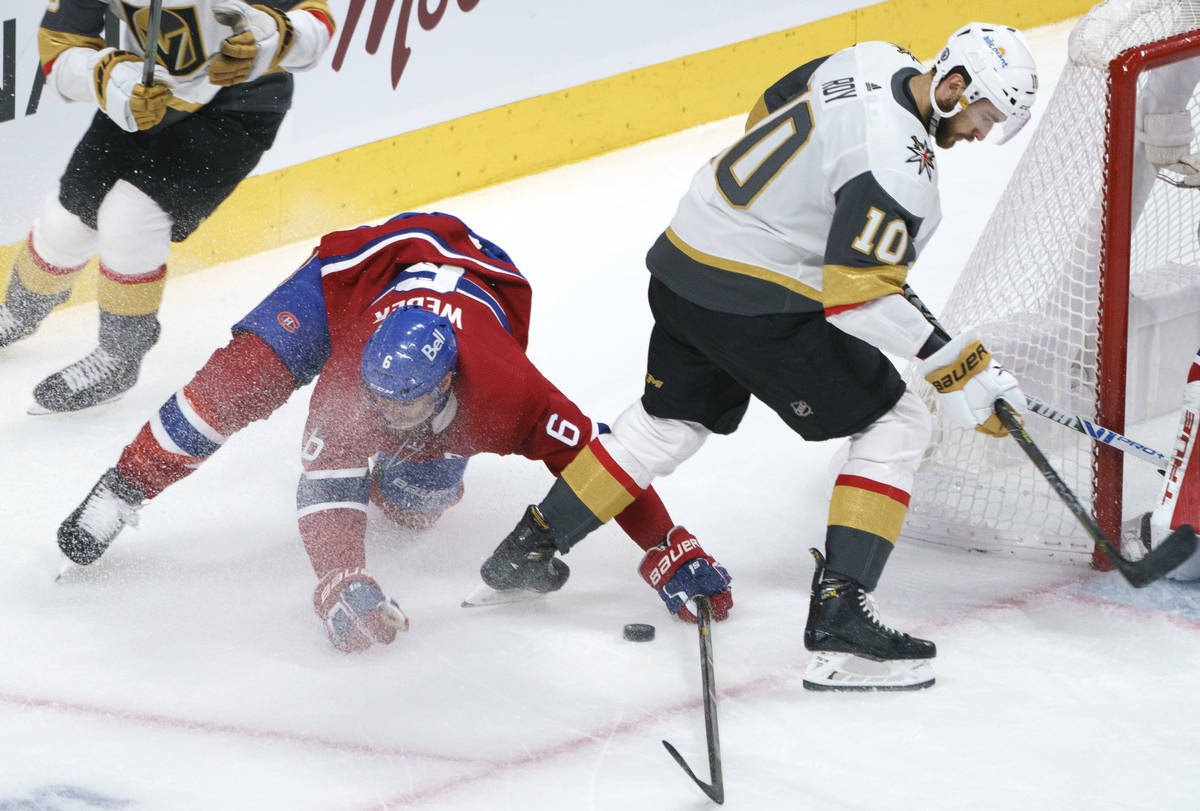 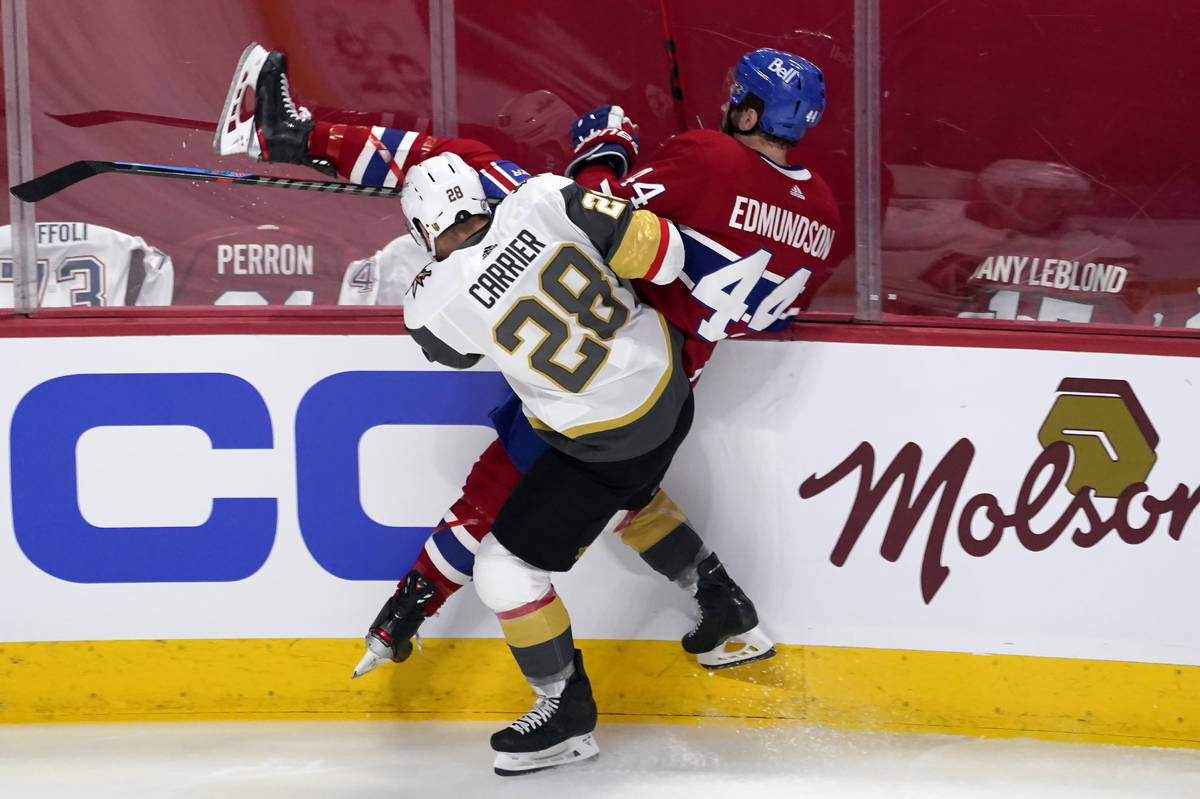 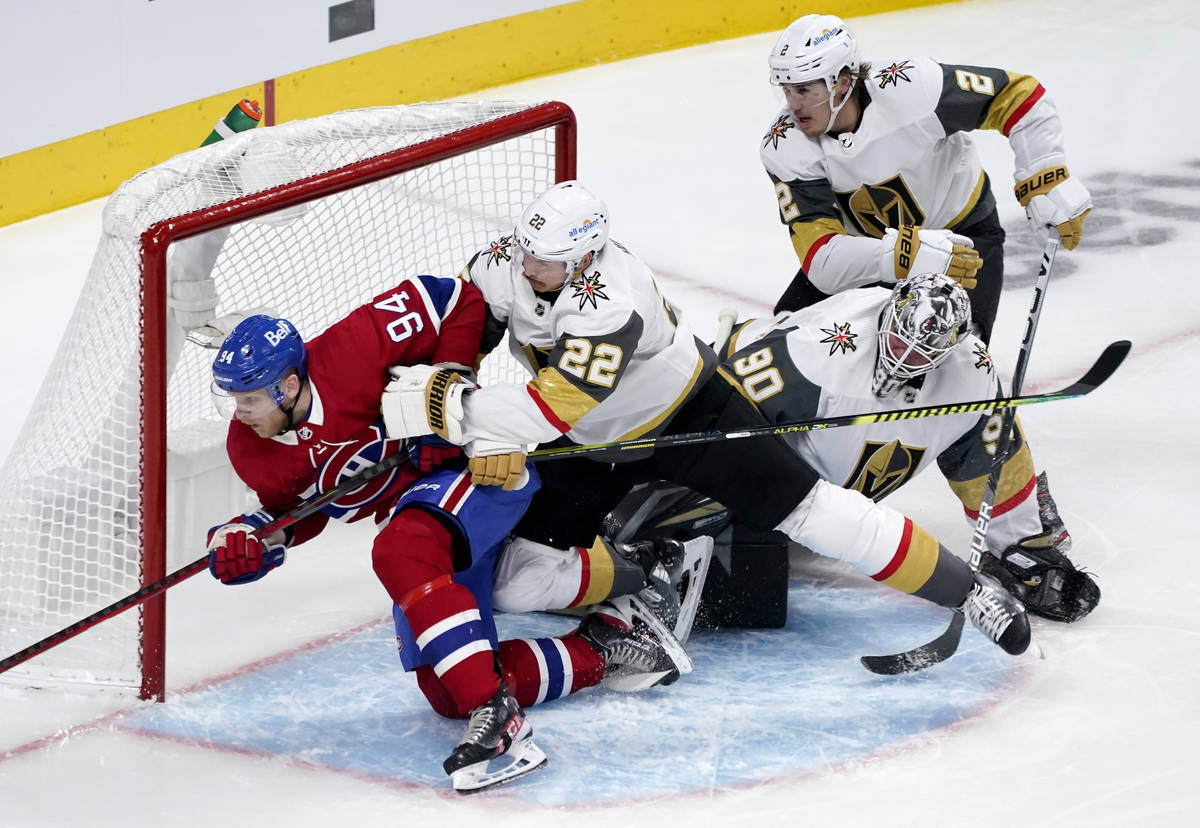 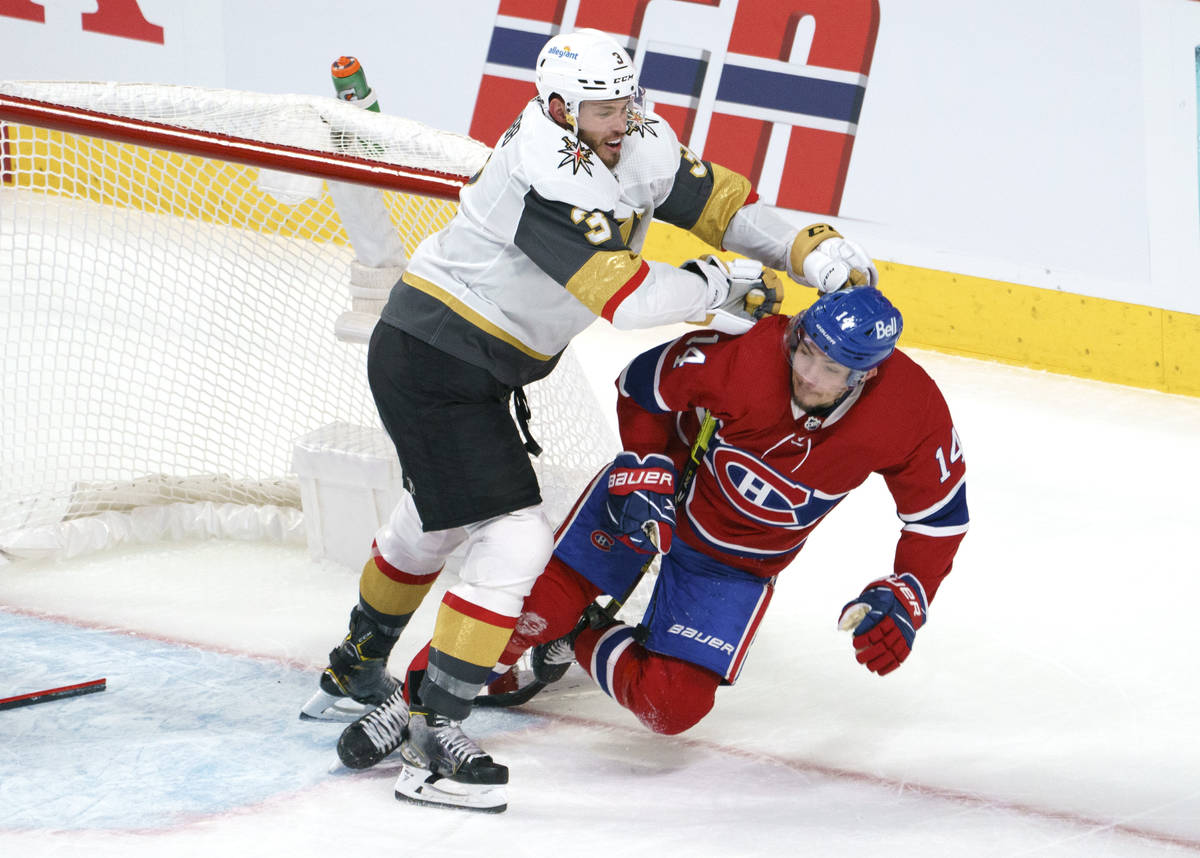 The Golden Knights are one step closer to the Stanley Cup than they got last season.

They got their second win in their NHL semifinal series against the Montreal Canadiens on Sunday after losing to the Dallas Stars in five games in the 2020 Western Conference Final.

The reason the Knights are one step further is their resiliency.

Sunday’s win marked the second time this postseason that they trailed entering the third period and won. They did that only twice in the playoffs in their first three seasons, not counting last year’s round-robin.

The Knights have also trailed in each of their first three series and tied them every time.

“We don’t quit,” left wing Jonathan Marchessault said. “We don’t necessarily accept defeat. We just keep going. We just keep battling. You never know what can happen in a playoff game, and you’ve got to give yourself a chance.”

The Knights have become a gnat their opponents can’t seem to swat away.

They were tied for the most wins in the NHL when trailing after two periods with six in the regular season. That’s despite being in that position only 16 times. Philadelphia, whom the Knights were tied with, trailed after two 26 times.

The Knights’ comeback wins against Colorado in Game 5 of the second round and against the Canadiens on Sunday also tie them for the most wins when behind at the second intermission.

Adding the fact that they’ve overcome 1-0, 2-0 and now 2-1 deficits in their series shows how much belief the team has in itself.

“We feel like as games go on, whether we’re up or down, we have a chance to win,” defenseman Alex Pietrangelo said. “I think the way we play gives us that opportunity. You always want to be up at the start of games. Certainly, that’s the way we always draw it up.”

Brayden McNabb’s goal Sunday means every defenseman the Knights have used this postseason has scored.

The team has needed their contributions against Montreal. The Knights have seven goals from their blue line and just three from their forwards. The forwards who have scored are third-line center Nicolas Roy (twice) and third-line left wing Mattias Janmark.

Knights captain Mark Stone has no points, Marchessault has one assist, and right wing Reilly Smith and left wing Max Pacioretty each has two assists.

“Obviously it’s great that we tied the series yesterday, but at some point the big guys are going to kind of have to come out and step up here, including myself,” Marchessault said. “We need solutions ASAP, and we need to help our team win some games here.”

Stephenson has missed three straight games and is considered day to day with an upper-body injury. The 27-year-old had 35 points in 51 games in the regular season and six assists in his first 14 playoff games.