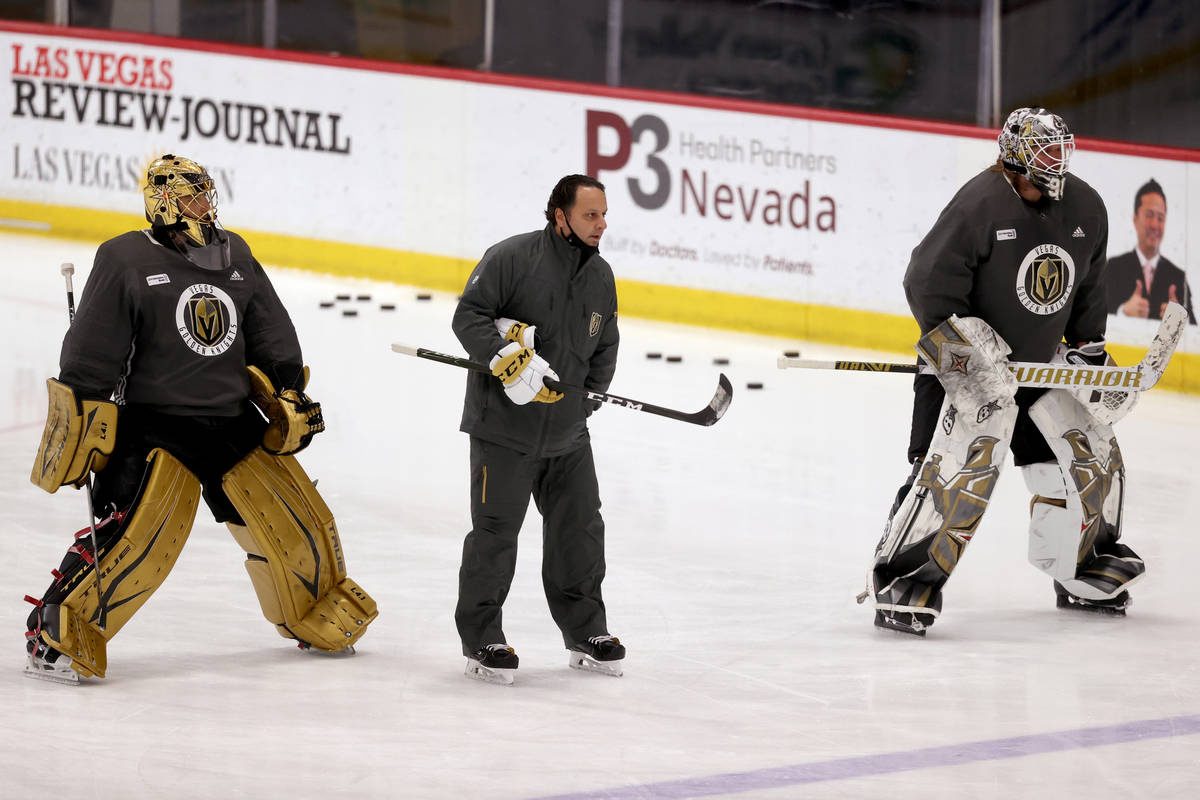 The Golden Knights are turning to goaltender Robin Lehner with the Presidents’ Trophy and West Division title on the line.

Lehner will start Monday night against the Colorado Avalanche at T-Mobile Arena in the most important game of the Knights’ season to date. A win would clinch the team’s third division title in four years and give it the most regular-season points in the NHL for the first time.

Coach Pete DeBoer is following his normal goaltender rotation in starting Lehner. Marc-Andre Fleury played the Knights’ last game against St. Louis on Saturday, a 4-1 win. DeBoer did not tip his hand Monday morning when asked who would be the team’s starting goalie in the playoffs.

“We’ve got great goaltending all year from both guys, and we’re going to need both guys in the playoffs, too,” he said.

Lehner has been good in his first full season with the Knights but is coming off back-to-back disappointing starts. He is 13-3-2 with a .913 save percentage and 2.30 goals-against average.

He allowed six goals in a loss to the Minnesota Wild on May 3 and gave up three goals on 25 shots in an overtime win over the St. Louis Blues on May 7.

Lehner was the Knights’ primary starter last postseason, appearing in 16 of 20 games. He had four shutouts, a .917 save percentage and 1.99 goals-against average.