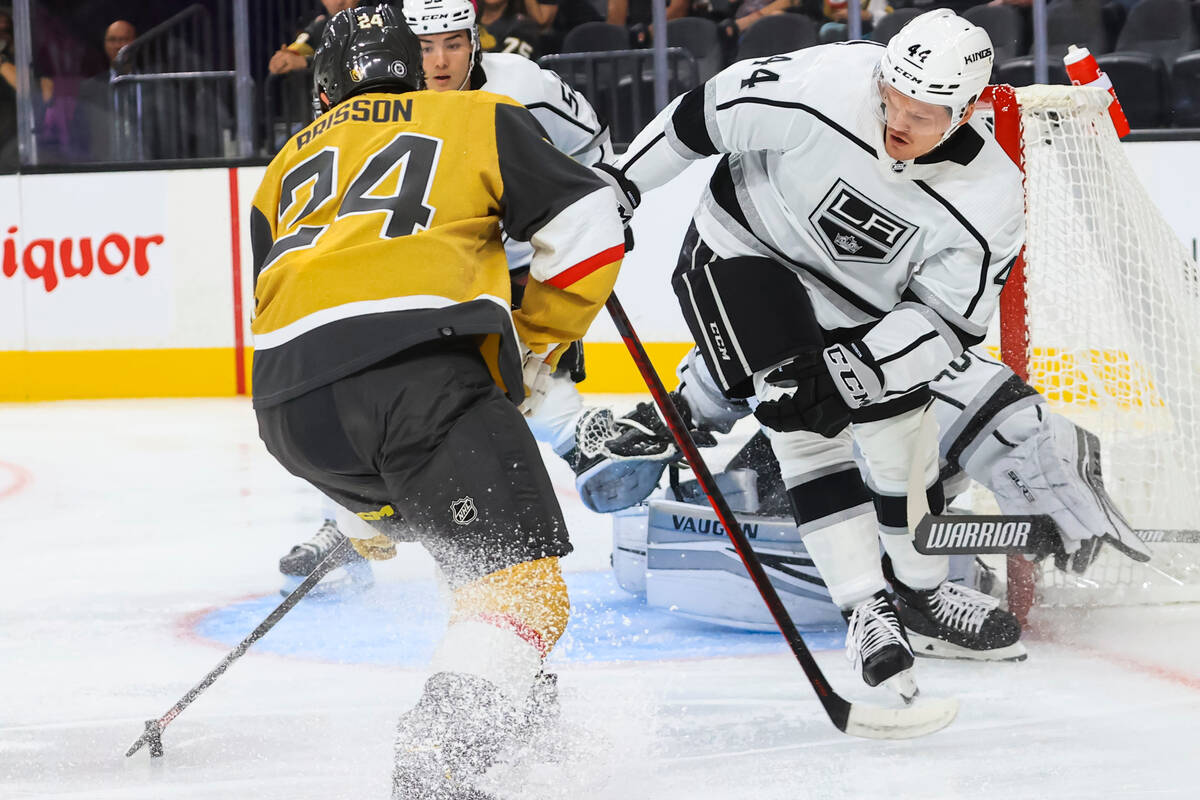 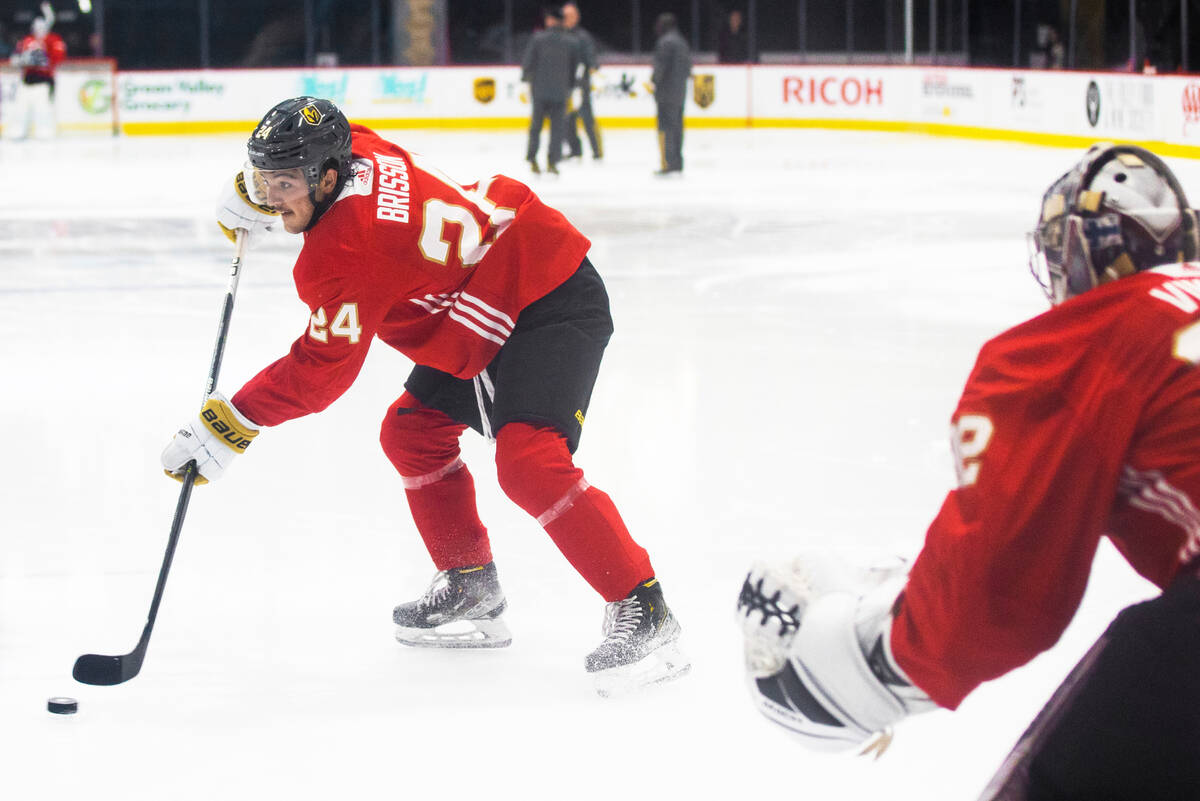 The T-Mobile Arena benches were empty more than an hour before puck drop Monday except for one visitor wearing a gray shirt and backward gray hat.

Brendan Brisson made sure to soak everything in before his first NHL preseason game against the Los Angeles Kings. The Golden Knights’ 2020 first-round pick spent two years at Michigan before turning professional. Now he’s in his first training camp and looking to show the Knights he can help the team.

They’re giving him an opportunity to do so. Coach Bruce Cassidy put Brisson on a line Monday with two veterans — left wing Jonathan Marchessault and center William Karlsson.

“I didn’t leave Michigan for no reason,” Brisson said. “I felt like I was ready.”

In many ways, Brisson, 20, has been preparing for this opportunity for years.

He’s had an up-close look at professional hockey since he was a kid. His father, Pat, is one of the sport’s premier agents and just secured the richest contract in the NHL for Stanley Cup champion Nathan MacKinnon of the Colorado Avalanche.

Brendan Brisson had connections all over the ice Monday. Kings center Anze Kopitar is one of his father’s clients. Brisson is a Los Angeles native and skates with a lot of Kings players during the summer.

“Just having a dad in the business, I’ve kind of been around it my whole life,” he said. “It’s just been natural to me.”

What will take time is learning how to succeed on the ice as a professional.

Brisson is a unique player. He carries a howitzer of a one-timer and has shown a knack for scoring at every level of the sport, but other parts of his game need polish.

Brisson’s skating and off-puck work can improve. His passing and stick-handling can tighten up. A lot of those things can get better with experience. A few more will come as he continues to add strength as he gets older.

Cassidy said one part of the game Brisson will have to learn is how to win puck battles in the offensive zone. If he can do that, his vision, shot and passing ability should make him a productive player.

“That’s the area we’re going to look at to see if he can survive in those situations,” Cassidy said. “Play away from the puck? That’s on us to make sure we coach him up.”

How quickly Brisson puts it together will determine when he cracks the NHL lineup. Silver Knights coach Manny Viveiros, who saw Brisson score eight points in seven games with Henderson, said at July’s development camp it was noticeable how much stronger Brisson looked. But there’s still work to do.

Brisson has seen many of his Michigan teammates — such as Buffalo defenseman Owen Power and Seattle center Matty Beniers — play in the NHL and succeed. He talked with Beniers on Monday because both were playing their first preseason game.

Brisson played 14:34 that night and had two shots on goal in a 2-1 overtime loss.

“It’s been a long summer,” Brisson said. “Been working really hard, so it’s nice to put all your hard work to the test.” 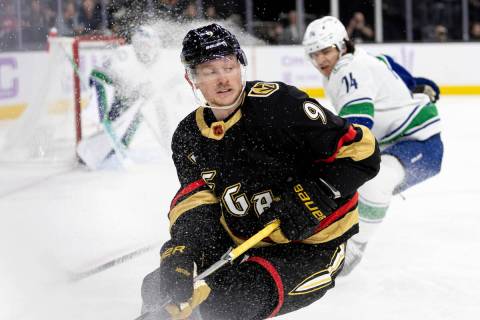 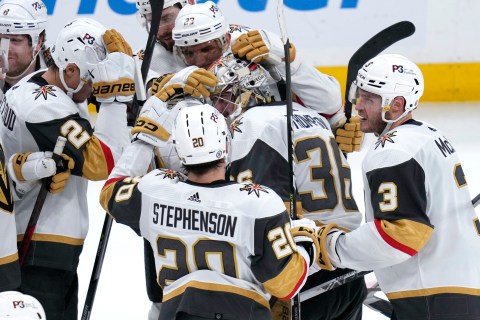