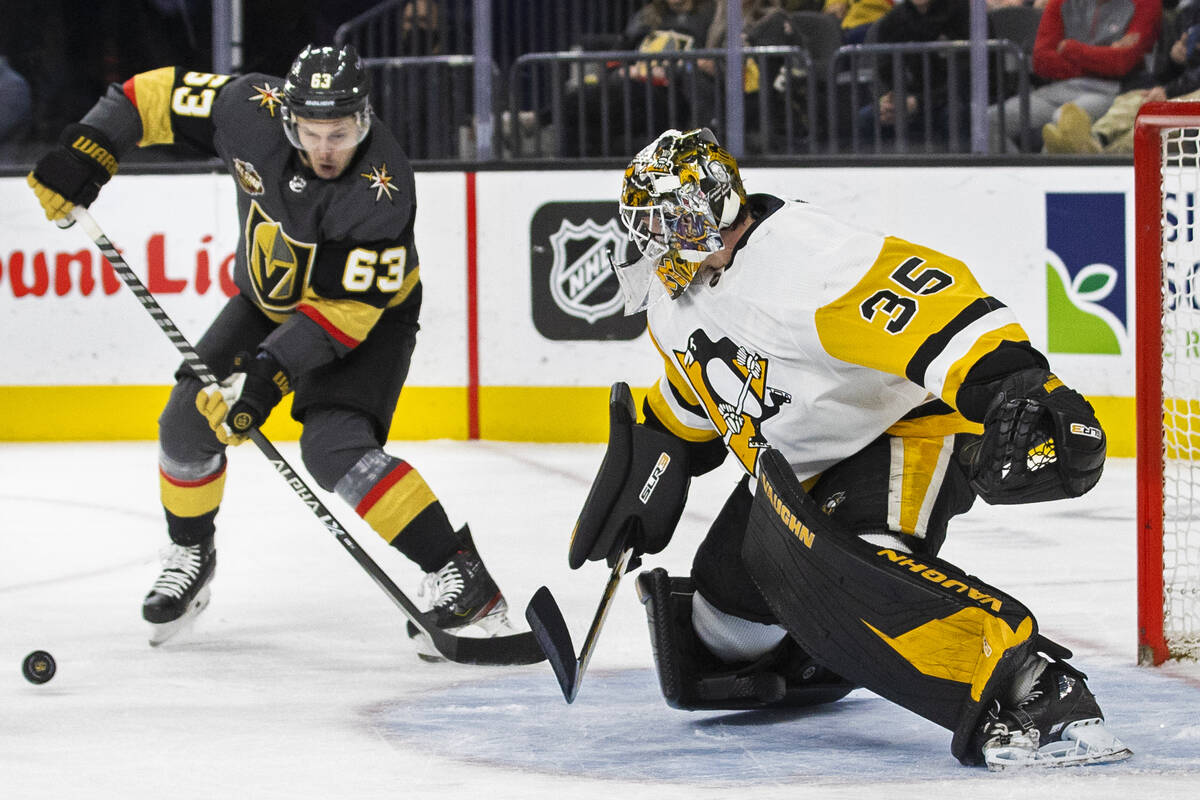 The trade that would have sent Golden Knights forward Evgenii Dadonov to the Anaheim Ducks was invalidated by the NHL on Wednesday.

Dadonov remains with the Knights and is eligible to play Thursday against Nashville at T-Mobile Arena.

“The Vegas Golden Knights recognize the league’s decision and welcome Evgenii back to our club,” the organization said in a statement.

The @NHL announced today that it has invalidated Monday’s trade of Evgenii Dadonov from the @GoldenKnights to the @AnaheimDucks. https://t.co/fKiy112jTR pic.twitter.com/fILdMfzKS6

The Knights tried to send Dadonov and a conditional 2024 second-round pick to the Ducks for defenseman John Moore and the contract of injured forward Ryan Kesler to gain more salary cap flexibility.

According to the league, the trade did not comply with Dadonov’s limited no-trade clause in his contract.

Dadonov signed a three-year, $15 million contract with the Ottawa Senators on Oct. 15, 2020, which included the clause allowing him to submit a list of 10 teams to which he could block a trade. He was traded to the Knights on July 28 for defenseman Nick Holden and a 2022 third-round pick.

The Knights were not one of the teams on Dadonov’s list, allowing that trade to go through without a hitch. The Review-Journal confirmed that Anaheim was one of the teams to which Dadonov could block a trade, and that was the basis of his grievance.

But according to people familiar with the situation, the problem originated last summer because Dadonov’s no-trade list was not disclosed by Ottawa during the trade call between the Knights and the Senators.

As a result, the Knights and the NHL had been incorrectly operating under the premise that Dadonov did not have a no-trade list. That explains why the trade was processed Monday.

The official announcement of the Dadonov deal didn’t come until more than four hours after Monday’s deadline while it was stuck in the queue at NHL Central Registry. During that time, Dadonov’s agent produced proof the no-trade list was submitted on time and valid.

The Knights released a statement later Monday night during the game against Minnesota that they were made aware of an issue with the trade and were in consultation with the league office as it investigated.

Dadonov carries a $5 million salary cap hit and is under contract through the 2022-23 season. He was supposed to drive offense for the Knights and help their ailing power play, but has fallen short of expectations with 15 goals and 27 points in 62 appearances.

“We respect and accept the decision made today by the NHL with regard to our trade with Vegas on Monday,” Ducks general manager Pat Verbeek said. “Evgenii Dadonov is a player we thought could help our team this year and beyond. We will move forward and welcome John Moore to our organization once he’s healthy and ready to return.”

With Dadonov on the roster, the Knights are back in a difficult salary cap position and limited in the moves they can make. Forwards Max Pacioretty, Reilly Smith and Mark Stone, defensemen Alec Martinez and Brayden McNabb, and goaltender Robin Lehner remain on injured reserve.

One resolution the Knights can explore is to trade Dadonov even though the deadline has passed. But there aren’t many expiring long-term injured reserve contracts available like Kesler’s. And teams aren’t lining up to help the Knights without being paid to take on Dadonov’s contract.

Should he be traded, Dadonov would be ineligible to play for the remainder of the regular season and playoffs.