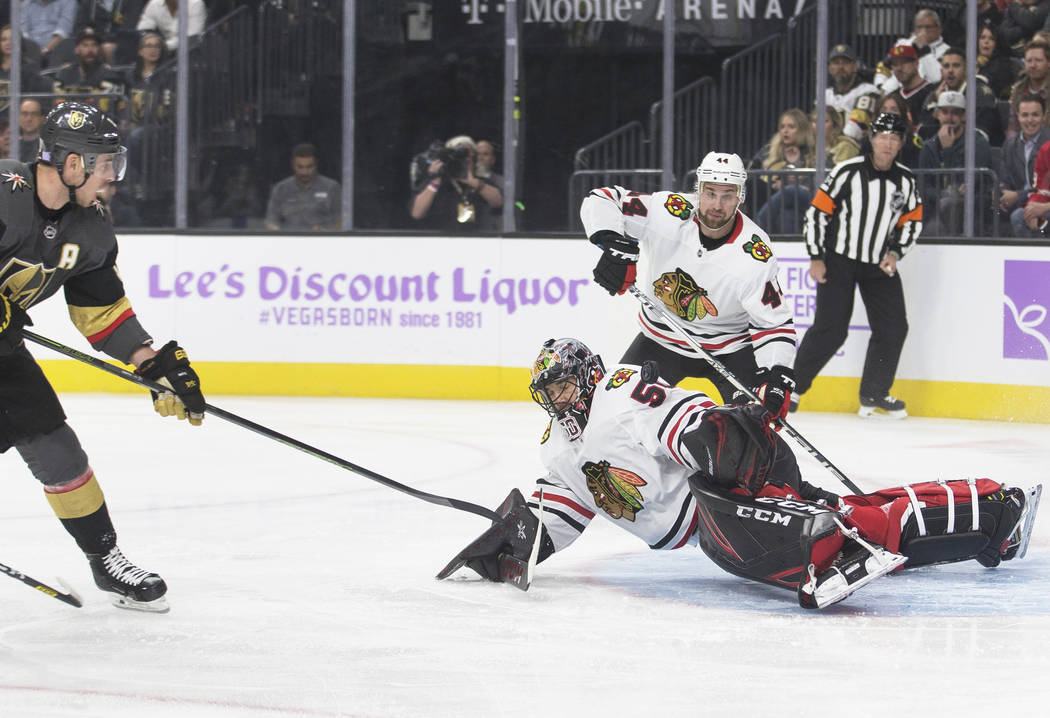 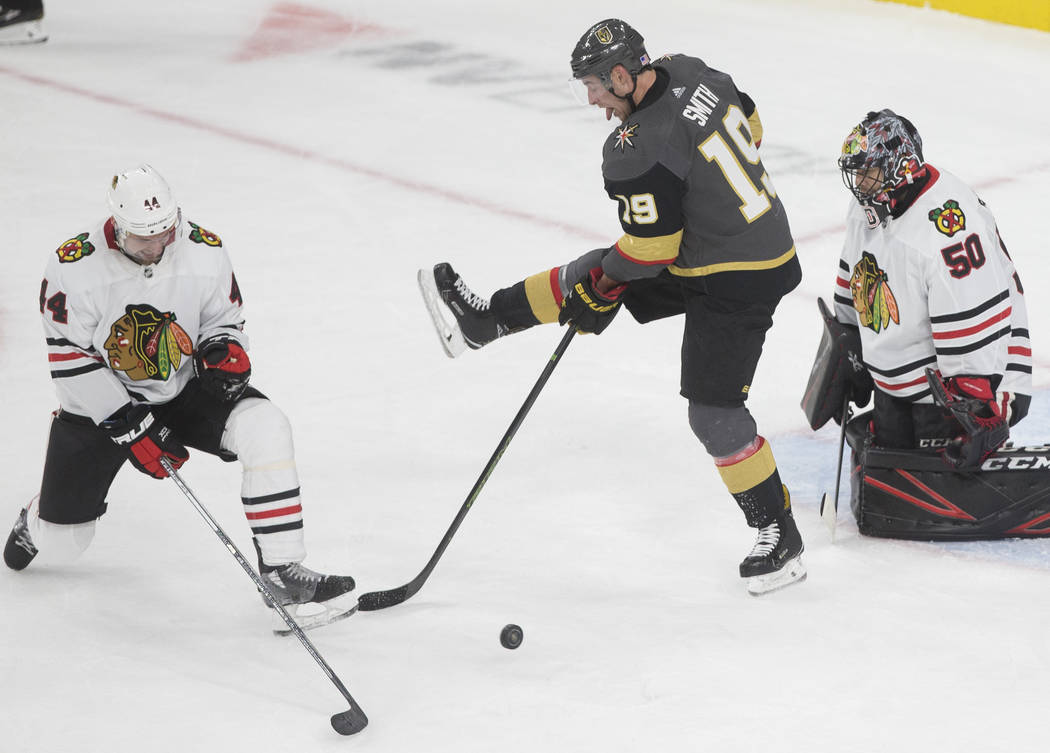 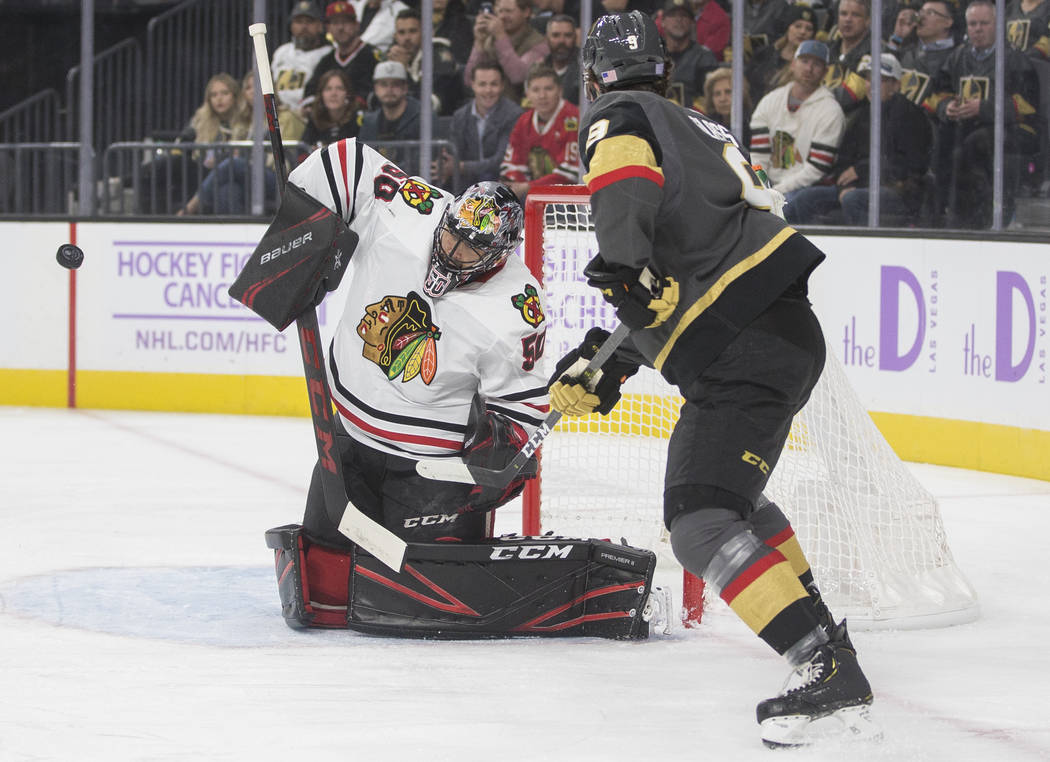 Then class was in session. Except Smith, the Knights’ leading goal scorer with 10, said he was not the teacher. Glass was. The rookie and Smith took turns practicing moves around the crease with their backs toward the net. They even practiced shooting with their stick between their legs, a move from which Smith and center William Karlsson have scored the previous two seasons.

“It seems like all the younger kids coming into the league, they’re so good with their hands,” Smith said. “They’ve done so much skill development. They’re pretty good at those nifty little tricks around the net. It seems like there’s goals being scored that way.”

There’s one move Smith has seen that he doesn’t plan to copy, though. He said he can’t envision himself mimicking Carolina Hurricanes forward Andrei Svechnikov’s lacrosse-style goal — the 19-year-old put the puck on his stick blade below the goal line and carried it into the net in an Oct. 29 game against the Calgary Flames — despite his background in the sport.

Smith and his two older brothers grew up playing hockey in the winters and lacrosse in the summers. Smith’s oldest brother, Rory, played 10 seasons professionally in the National Lacrosse League.

“I can’t even do that in practice,” Smith said. “You won’t see that from me. Unless someone picks it up and plops it on my blade, it’s not going to happen.”

Younger Tuch one to watch

But he is glad he’s developing. Luke Tuch, who is playing for the USA Hockey National Team Development Program Under-18 team, received an “A” rating in NHL Central Scouting’s players to watch list for November.

He’s considered a candidate to be a first-round pick in the 2020 NHL draft.

“It’s not even like he’s scoring a ton of goals, either,” Alex Tuch said. “He’s just been working hard, he’s playing hard and he’s physical. I’m really happy for him.”

Coach Gerard Gallant said center Cody Eakin, who left Wednesday’s game against the Chicago Blackhawks in the third period with a cramp, was doing well Thursday. Gallant said he didn’t know if Eakin would practice Friday.