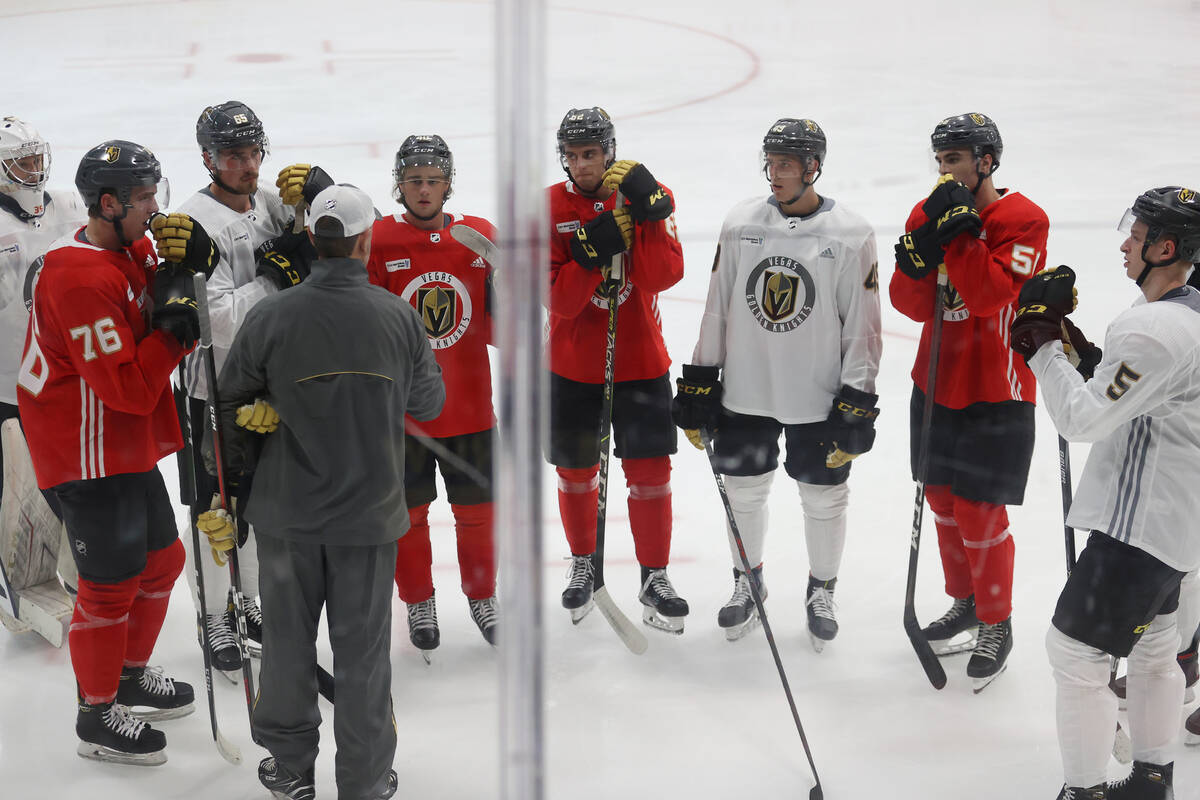 The Golden Knights will appear on national TV or streaming services 12 times this season.

The NHL released its broadcast schedules on ESPN and TNT on Thursday, with the Knights and expansion Seattle meeting on opening night Oct. 12 on ESPN.

In all, the Knights appear on ESPN three times, with the Oct. 26 game at Colorado and the March 3 contest against Boston featured.

The matchup against Chicago and goaltender Marc-Andre Fleury will be shown at noon March 26 on ABC in addition to four appearances on ESPN+/Hulu.

TNT will broadcast four Knights games, starting with the Oct. 20 contest against St. Louis. That includes the March 30 game at Seattle, one of three games between the league’s newest clubs that will be shown nationally.

The remaining 70 regular-season games will be shown locally on AT&T SportsNet Rocky Mountain.

The Knights traveled to Arizona after practice Thursday and open the Rookie Faceoff Tournament at 7:30 p.m. Friday against the host Coyotes at Gila River Arena.

The team will be on the road through Monday, which provides an opportunity for players to get to know one another better. The team hasn’t held a development camp the past two summers because of the coronavirus pandemic, and this is the first rookie camp since 2019.

While some players are familiar from their time together with the Silver Knights, many players have never met until this week.

“We’re around each other all the time at the rink, so it’s new conversations, just introducing yourself and getting to know everybody,” defenseman Peter DiLiberatore said. “I think it’s just off the ice and on, you just try to get to know each other as much as you can, and that helps on the ice more than ever.”

NHL deputy commissioner Bill Daly told Daily Faceoff that 98 percent of players are expected to be fully vaccinated against COVID-19 to start the season.

That leaves approximately 10 to 15 players leaguewide who will be punished more harshly if they test positive for the coronavirus.

As part of the league’s protocols, teams can suspend unvaccinated players without pay if they test positive and cannot participate in hockey activities.

A positive test for a fully vaccinated player will be treated as hockey injuries, and they still will be paid.