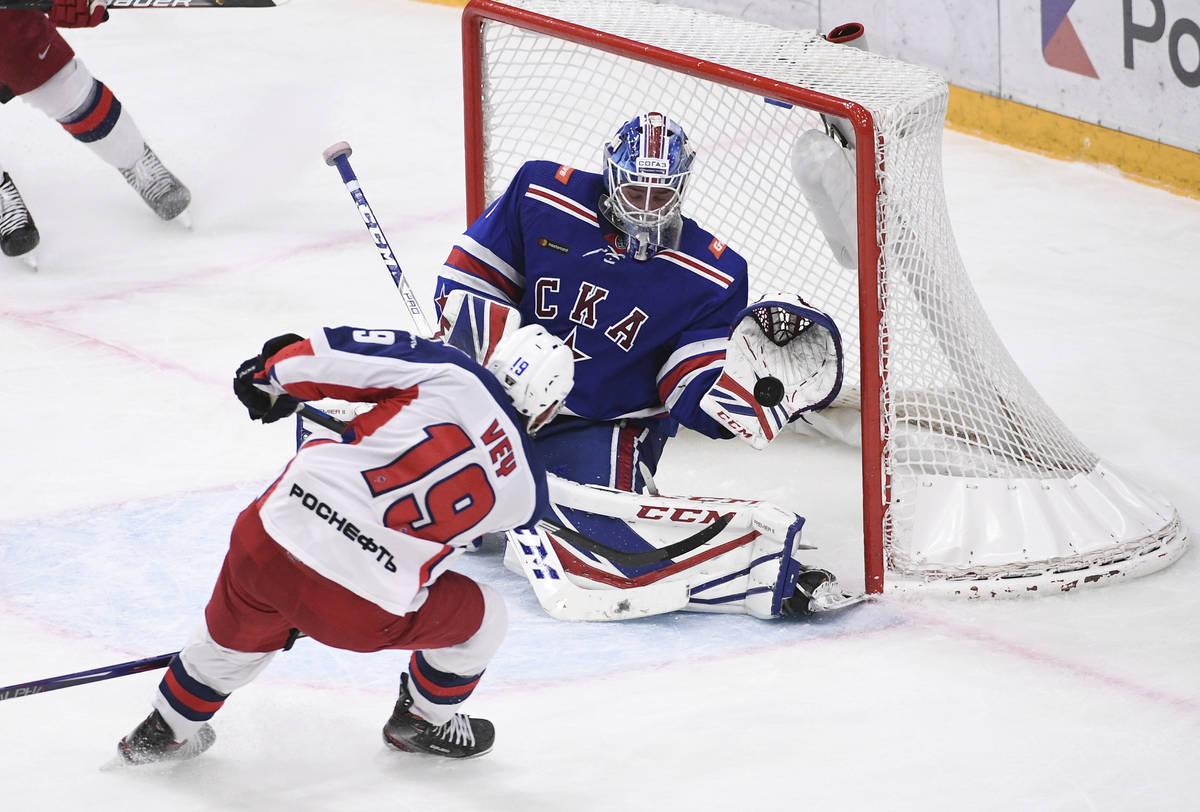 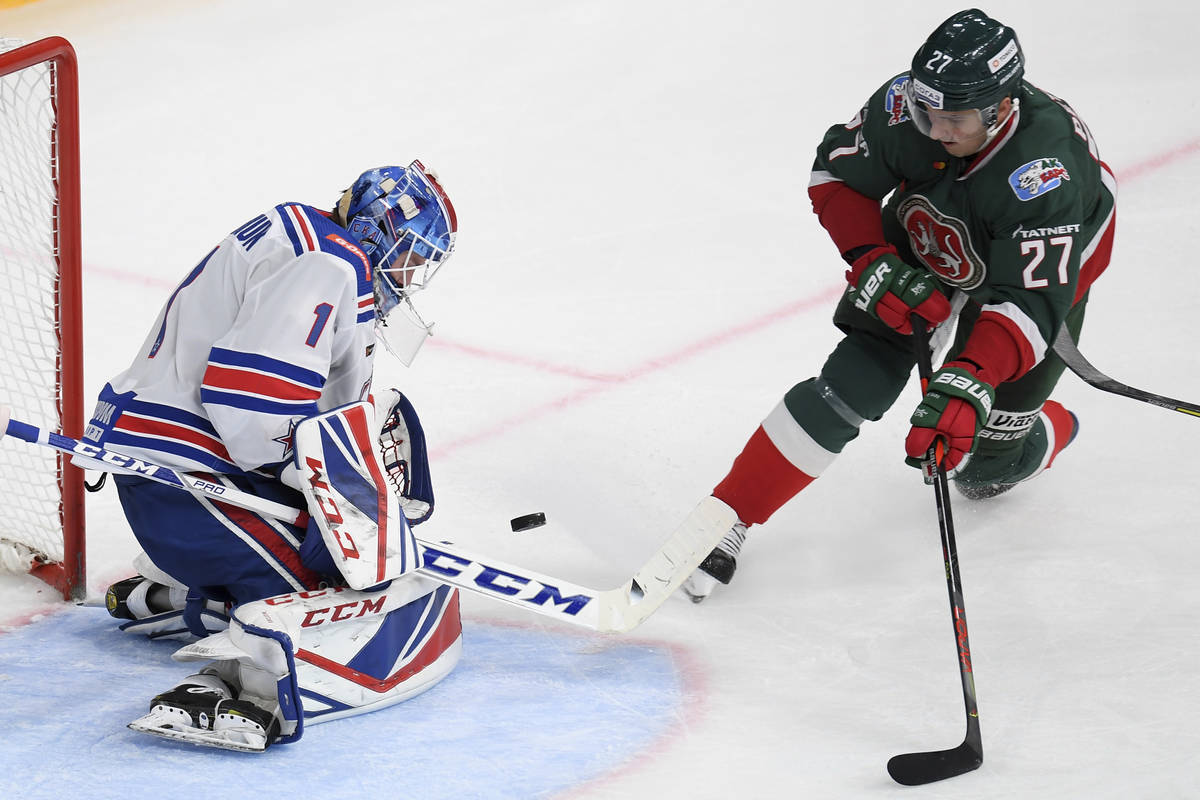 The future of the Golden Knights’ goaltending remains murky beyond Marc-Andre Fleury, which might explain the latest rumor.

Russian goalie Alexei Melnichuk reportedly narrowed his list to four teams, and the Knights are one of the finalists to sign the free agent, according to unconfirmed reports.

Carolina, Colorado and San Jose have been mentioned as the other teams bidding, but Melnichuk’s agent, Daniel Milstein, declined to identify the suitors for the 21-year-old prospect.

Ottawa remains the frontunner for Zub and, goaltender Alexei Melnichuk has trimmed his list of NHL teams down to four. All US based clubs. https://t.co/L9vDzOG8xX

“We are speaking with many teams,” Milstein wrote in an email to the Review-Journal. “Unfortunately I can’t comment on any specifics at this time.”

The Knights’ possible pursuit of Melnichuk makes sense, with unproven 21-year-old Dylan Ferguson the only goalie under contract for next season other than Fleury.

Robin Lehner, acquired at the trade deadline from Chicago, is set to become an unrestricted free agent in the offseason and could be out of the Knights’ price range as he seeks a long-term contract.

Melnichuk probably would start his career in the AHL and follow a similar path as recent Russian goaltending imports Igor Shesterkin, Alexandar Georgiev and Ilya Samsonov.

That would allow the Knights to sign a veteran backup to Fleury and wait for Melnichuk to develop into the heir apparent now that Malcolm Subban is no longer in line to take over.

Melnichuk could be ready to serve as an NHL backup in 2021-22 and eventually take over the starting spot depending on his progress.

His contract with SKA Saint Petersburg of the Kontinental Hockey League was set to expire April 30, but the league canceled the remainder of its season because of the coronavirus pandemic and players are free to sign for 2020-21.

Melnichuk is eligible to sign a two-year, entry-level contract with a maximum salary of $925,000 and up to $2.85 million in performance bonuses.

Melnichuk went undrafted three times, though he was the No. 8 European goalie in Central Scouting’s rankings entering the 2018 draft and played for Team Russia at the World Junior Championship.

He was named the KHL goalie of the month in September and posted an 8-5-1 record with a 1.68 goals-against average, .930 save percentage and four shutouts in 16 appearances for SKA Saint Petersburg.

The Knights have had poor results with Russian players in their brief history.

Forward Vadim Shipachyov voluntarily retired and returned to the KHL after playing three NHL games, and forward Nikita Gusev was traded last summer without ever suiting up for the Knights.

Forward Valentin Zykov served a 20-game suspension after testing positive for a performance-enhancing substance in October and is unlikely to be re-signed.