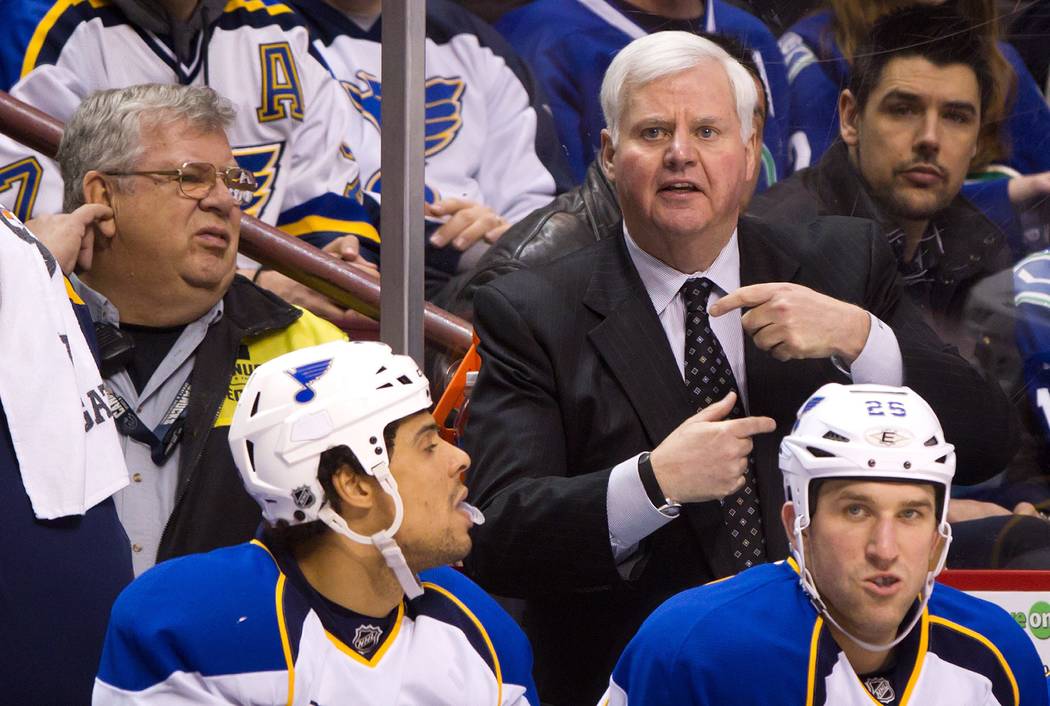 PHILADELPHIA — When veteran forward Chris Stewart signed a contract with the Philadelphia Flyers last week, not many were happier than the Golden Knights’ Ryan Reaves.

“I think he’s a guy that deserves to be in this league,” Reaves said Monday. “He went overseas, worked on his game and trained really hard this offseason, probably the hardest he’s ever trained, fought for his job and won it.”

Reaves and Stewart stood in each other’s wedding, and Reaves said he is the godfather to one of Stewart’s twins. Their families have spent several All-Star breaks vacationing together.

He briefly retired last season before signing with the Nottingham Panthers of the Elite Ice Hockey League in the United Kingdom.

“I think his hands are a little bit better than mine,” Reaves said. “He’s a big body. He likes to play physical. He likes to draw some energy.”

Stewart attended Flyers training camp on a professional tryout and was signed to a one-year, $750,000 contract on Oct. 15 once the team cleared salary cap space.

Entering Monday, Stewart had no points and one fight in two games with Philadelphia.

Reaves said after the Knights’ morning skate that it will not be difficult to put their friendship aside once the puck is dropped.

“I’ve got so many friends around the league now, I can’t be playing patty-cake with everybody,” Reaves said. “I think we both know it’s a job for three hours and buddies back on.”

There is a growing trend across the league to minimize morning skates on game days, with clubs now using them for healthy scratches, injured players and the backup goaltender.

First-year Buffalo coach Ralph Krueger drastically reduced the number of morning skates for his club based on data he saw while serving as chairman of Southampton, an English Premier League soccer club.

Penguins coach Mike Sullivan said morning skates are “overrated” when asked Monday by the Pittsburgh media why he’s cut down on the workouts.

But Knights coach Gerard Gallant still believes morning skates serve a purpose, especially when the team has a day off or optional skate the day prior.

“For me, I’d never get rid of them totally,” Gallant said. “I’m not a big morning-(skate) guy, but again, I think the morning skates are good for them on days like (Monday). I guess I’m 70-30 you don’t need them, but some days you need them.”