With the NHL season put on hold due to the coronavirus pandemic, the Golden Knights are finding various ways to keep themselves busy. (Cassie Soto/Las Vegas Review-Journal) 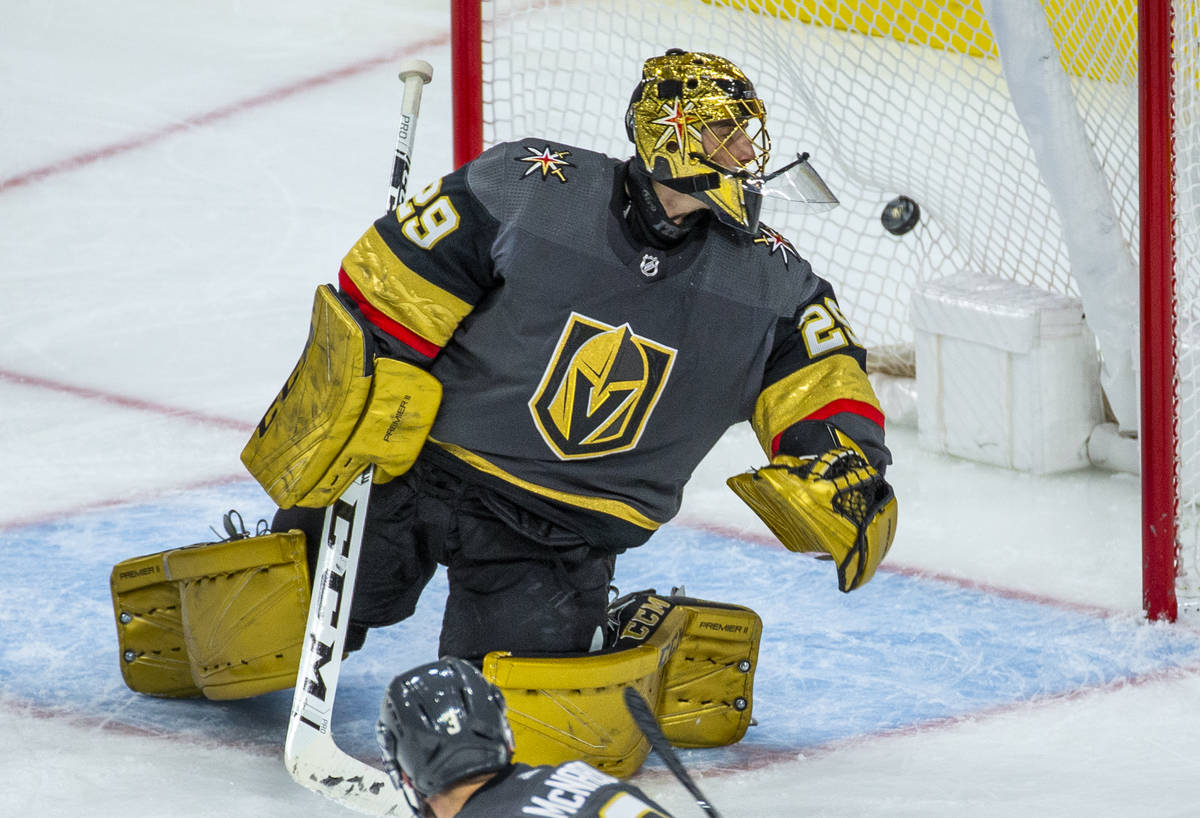 The puck gets past Vegas Golden Knights goaltender Marc-Andre Fleury (29) for the Washington Capitals second score during the third period of their NHL game at the T-Mobile Arena on Monday, Feb. 17, 2020, in Las Vegas. (L.E. Baskow/Las Vegas Review-Journal) @Left_Eye_Images 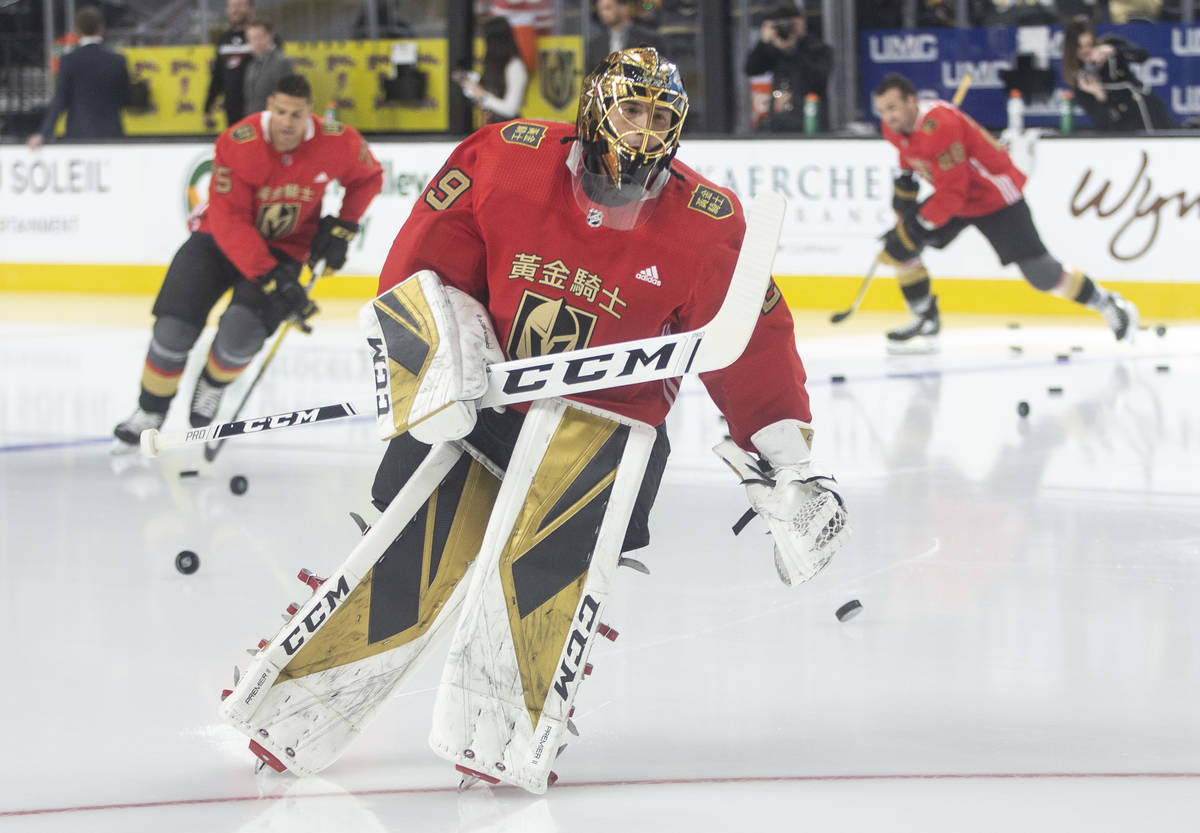 Social media has become the best avenue to follow the Golden Knights and other players while the NHL season is on pause because of the coronavirus pandemic.

And a quick scan of Instagram on Tuesday showed the players are already getting cabin fever while following the league’s recommendation for self-quarantine through March 27.

Instead of facing the Dallas Stars on Tuesday in the Knights’ first home game in two weeks, goaltender Marc-Andre Fleury was putting together a baby gate, according to his wife’s Instagram story.

“Took him 35 years and a pandemic to start using tools,” was the caption.

Defenseman Nate Schmidt said he worked himself into a headache while trying to do a puzzle of a grizzly bear a day after he painted the laundry room in his house.

It’s not my first time, but I’m no expert. Stay tuned. #painting

Forward Alex Tuch appeared to be working on a 2,000-piece “Star Wars” puzzle, based on his Instagram story, but didn’t get far.

Forwards William Carrier and Tomas Nosek are taking advantage of the break to spend time with their newborn children.

With extra time on their hands, a group of players proposed a plan to the NHL for finishing the season after the coronavirus pandemic recedes, according to TSN.

The proposal includes a training camp period in early July and the completion of the regular season by the end of July.

The postseason would take place in August and September, followed by the draft and free agency in October.

The NHL has said it will consider all options as it monitors the fluid situation.

The Knights pushed back the due date for the next season ticket payment in light of the coronavirus pandemic.

Todd Pollock, the team’s vice president for ticketing and suites, confirmed on his Twitter account that season ticket holders will not be charged Friday and the next payment is not due until April 20.

An email also went out to season ticket holders with the information.