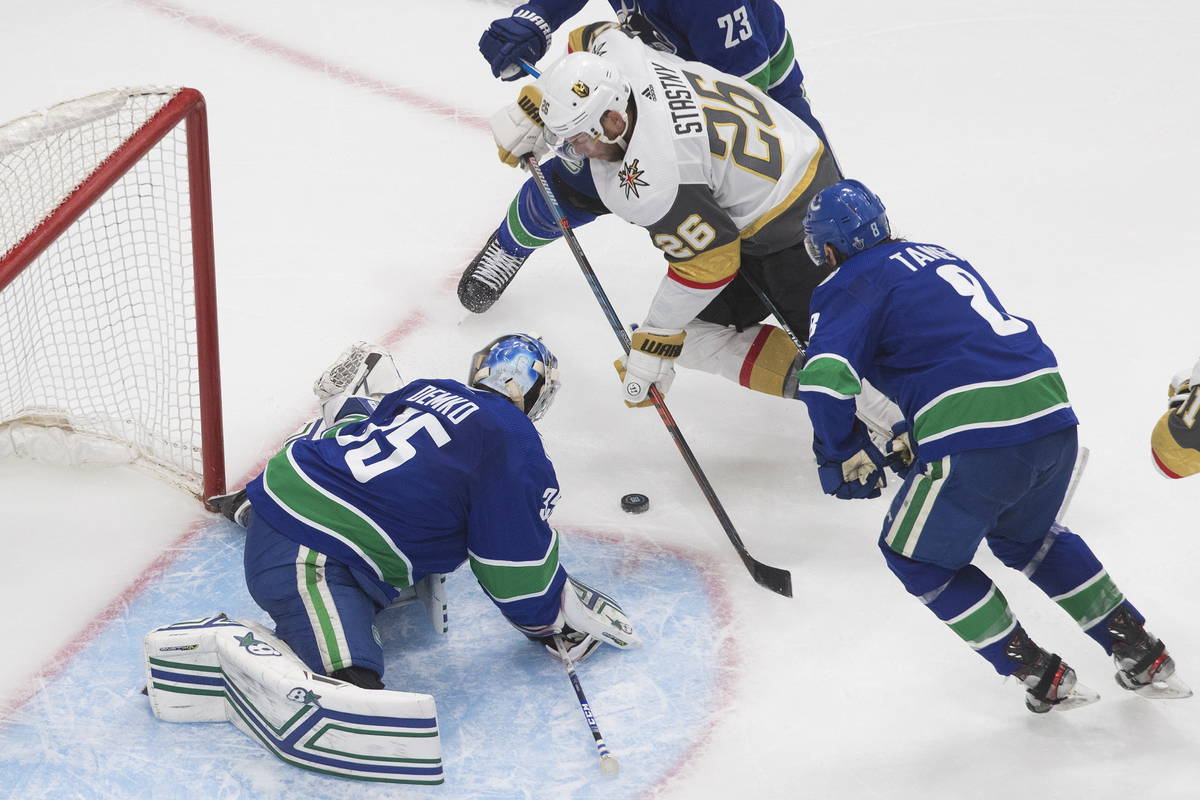 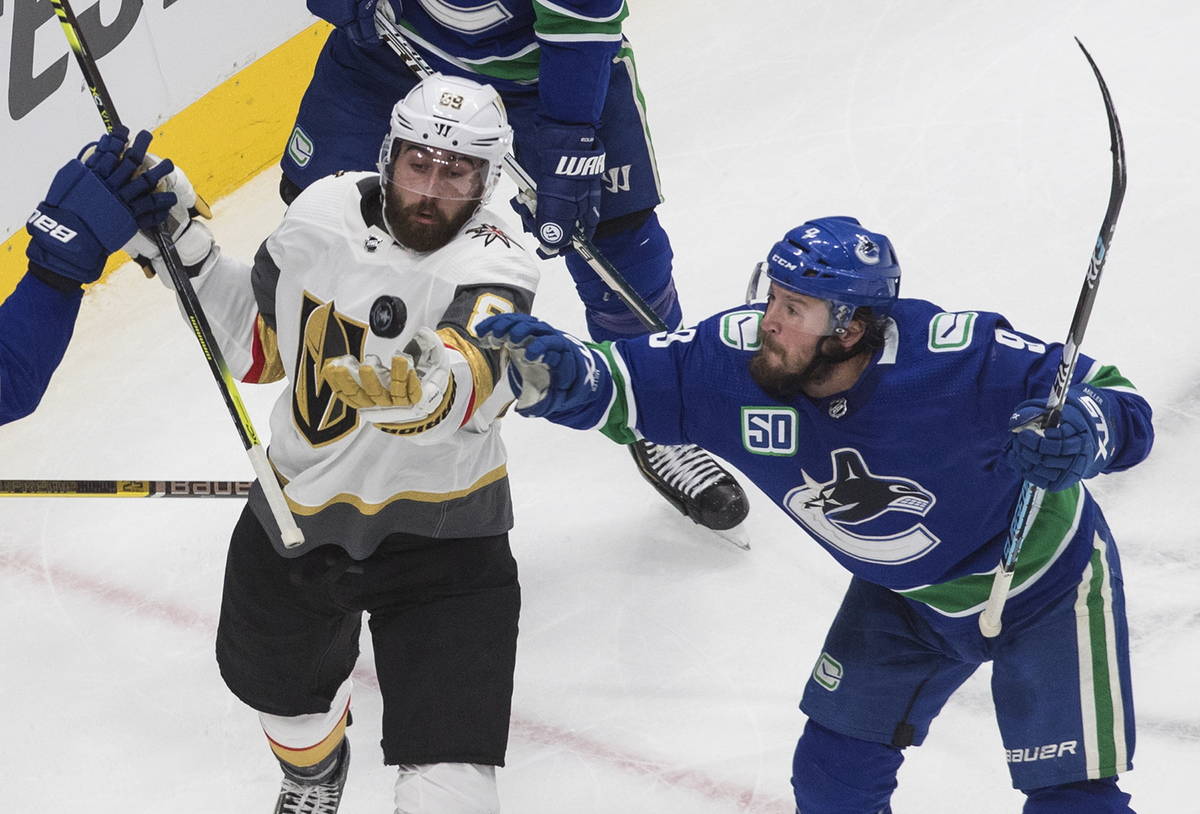 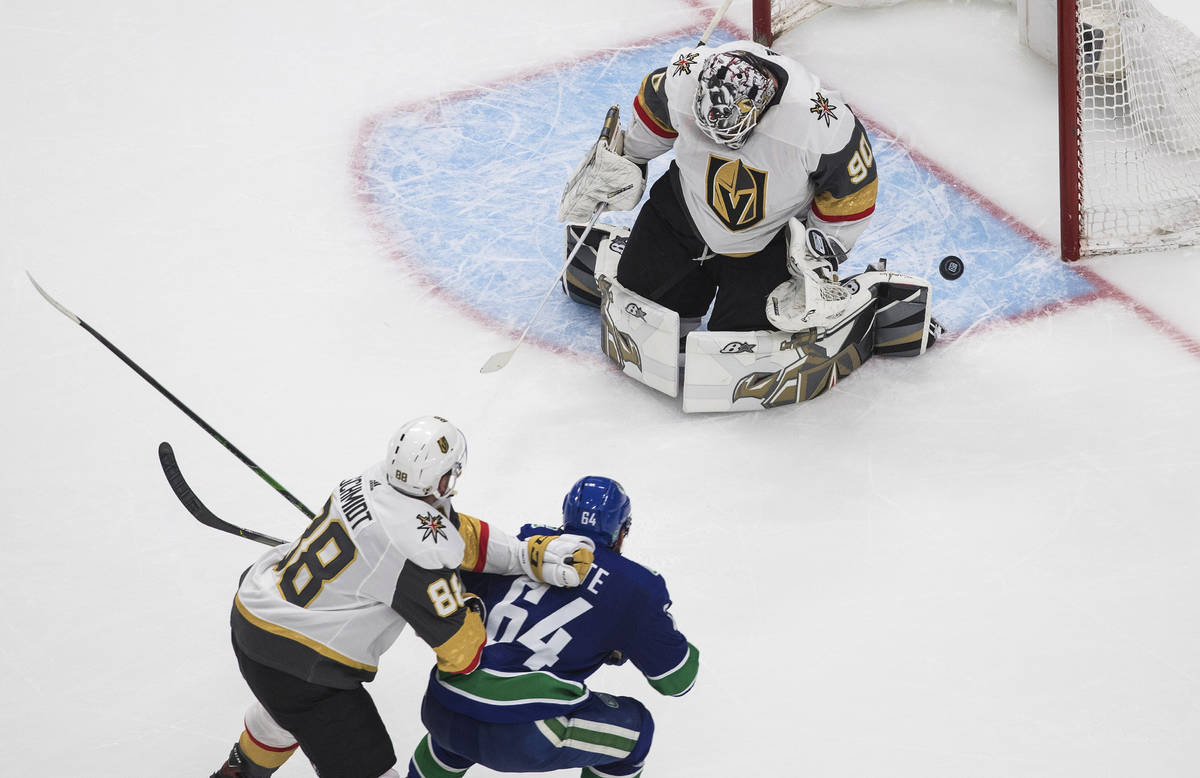 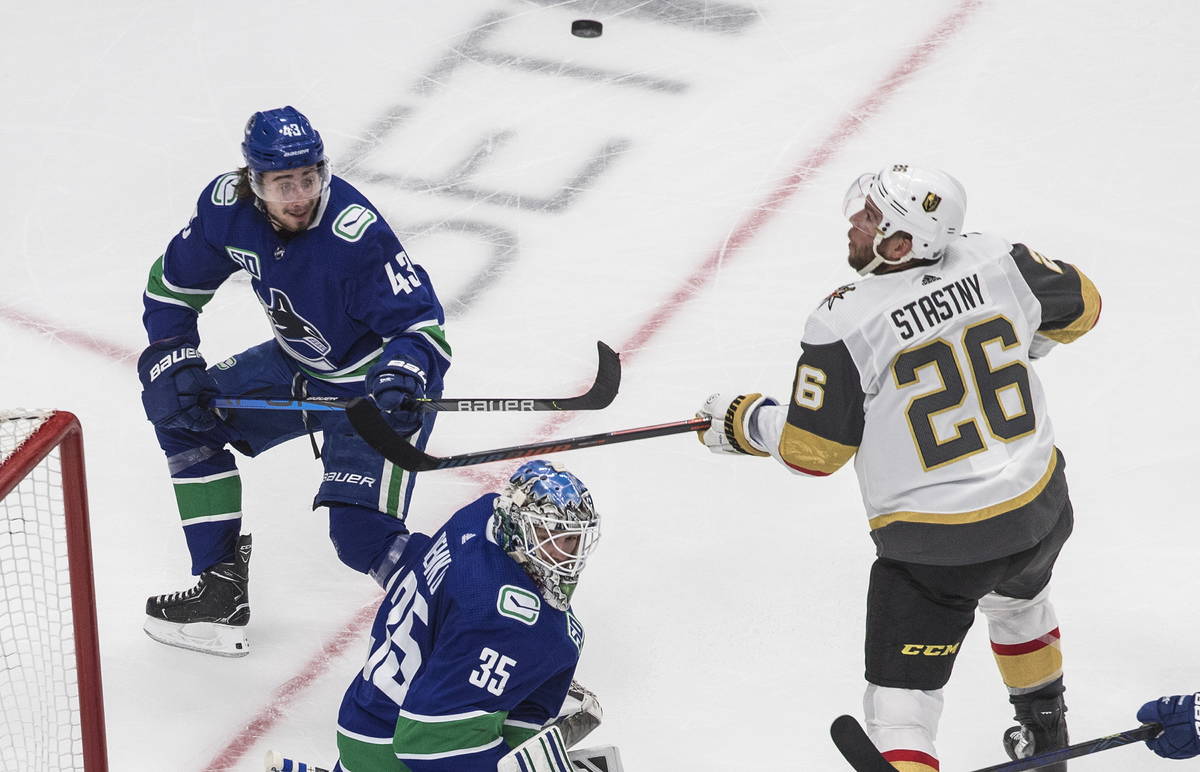 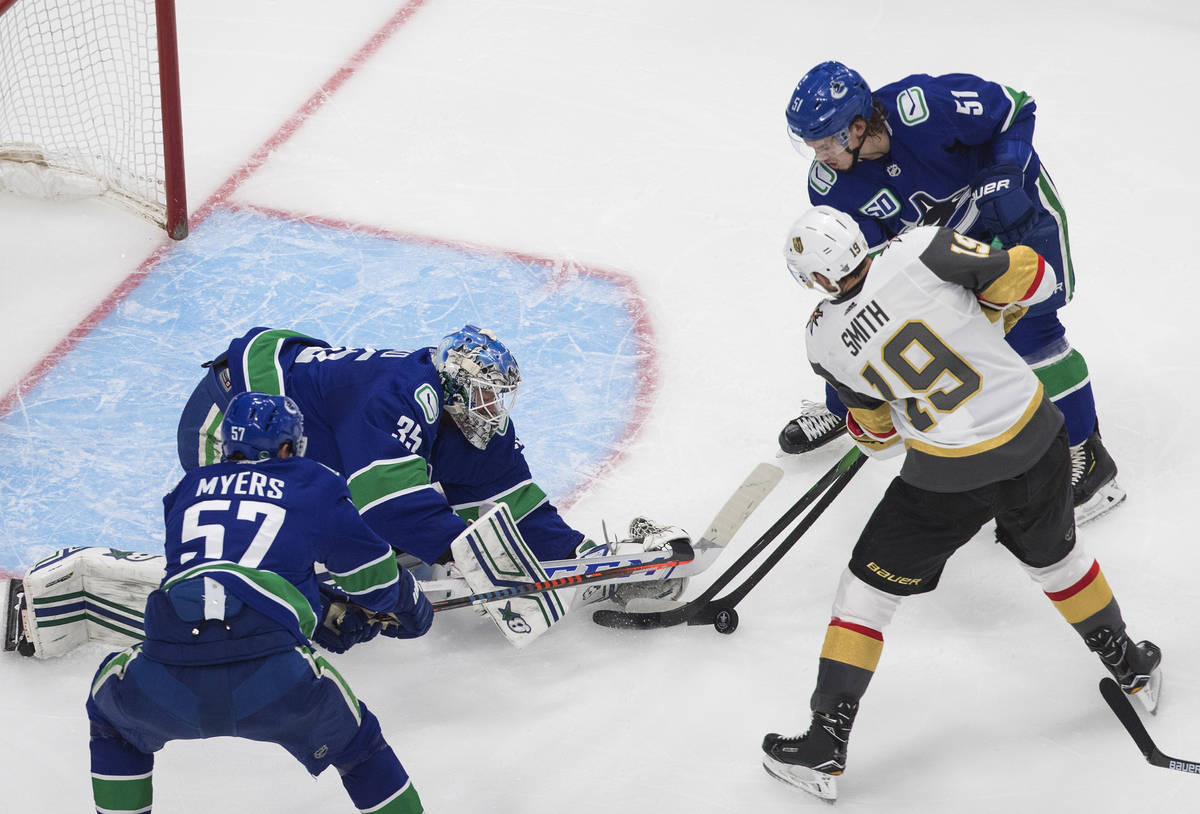 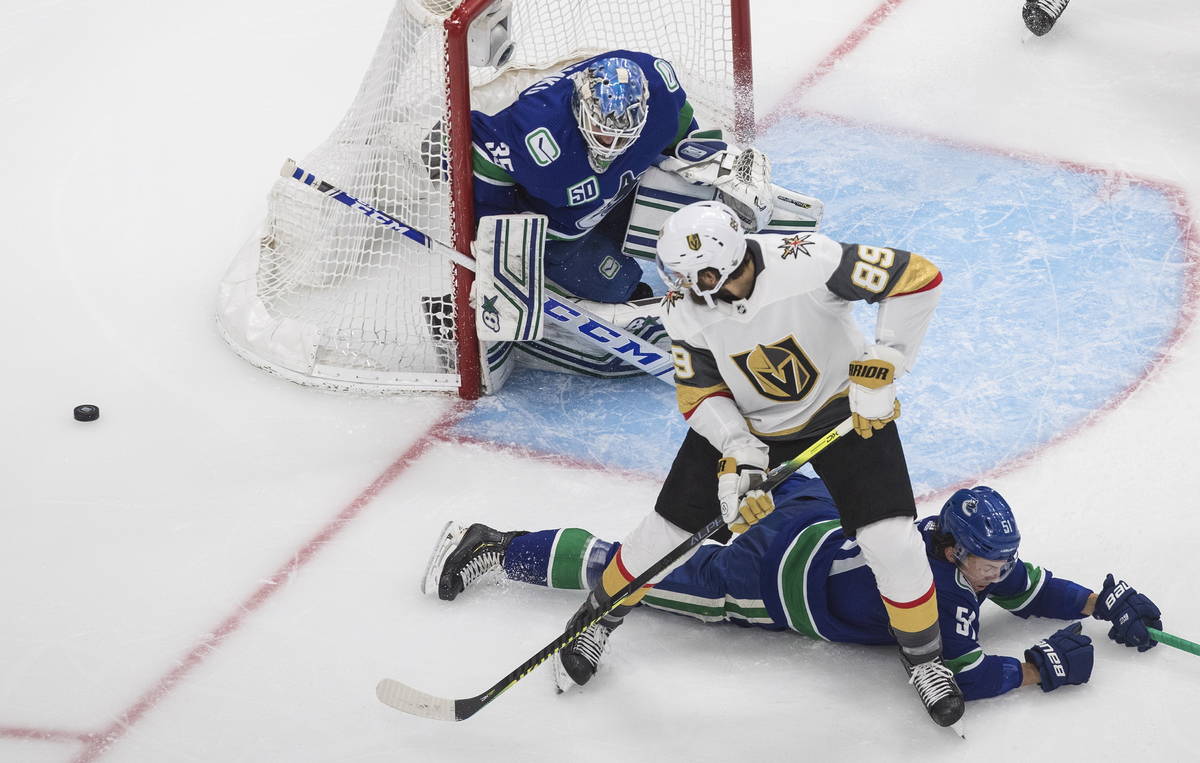 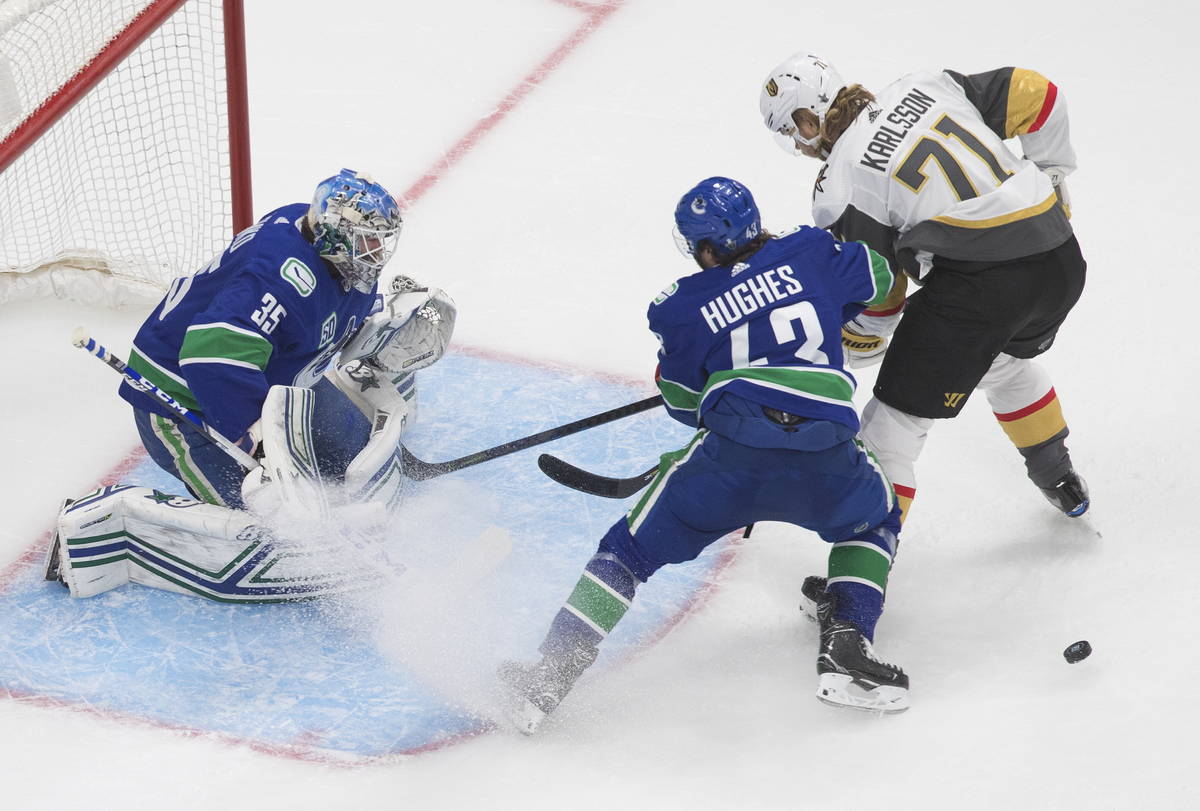 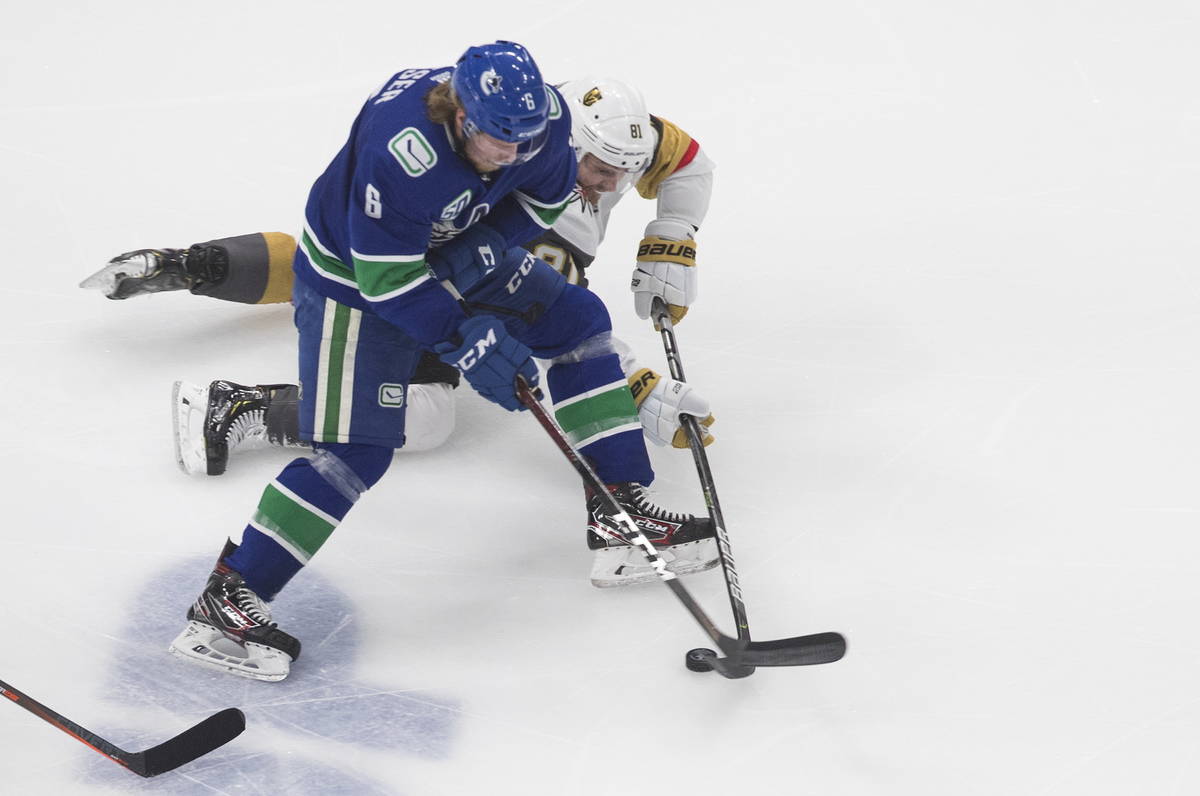 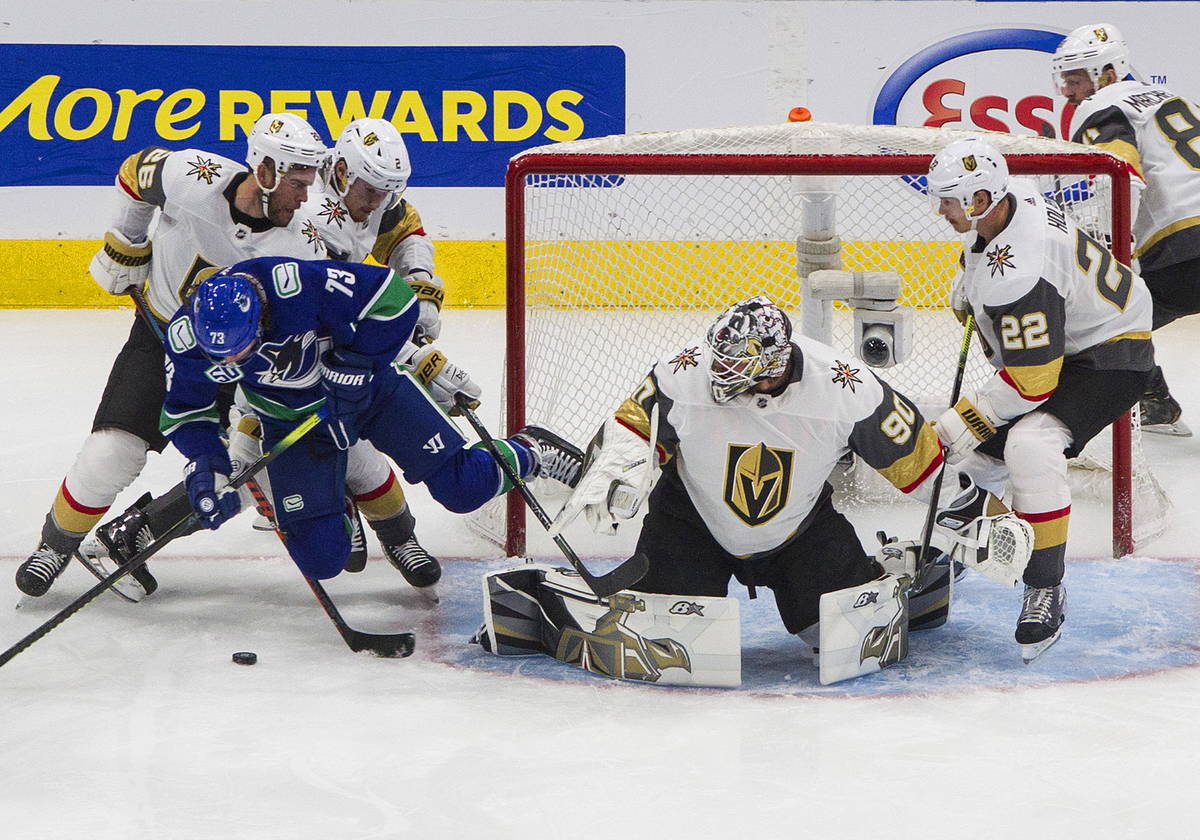 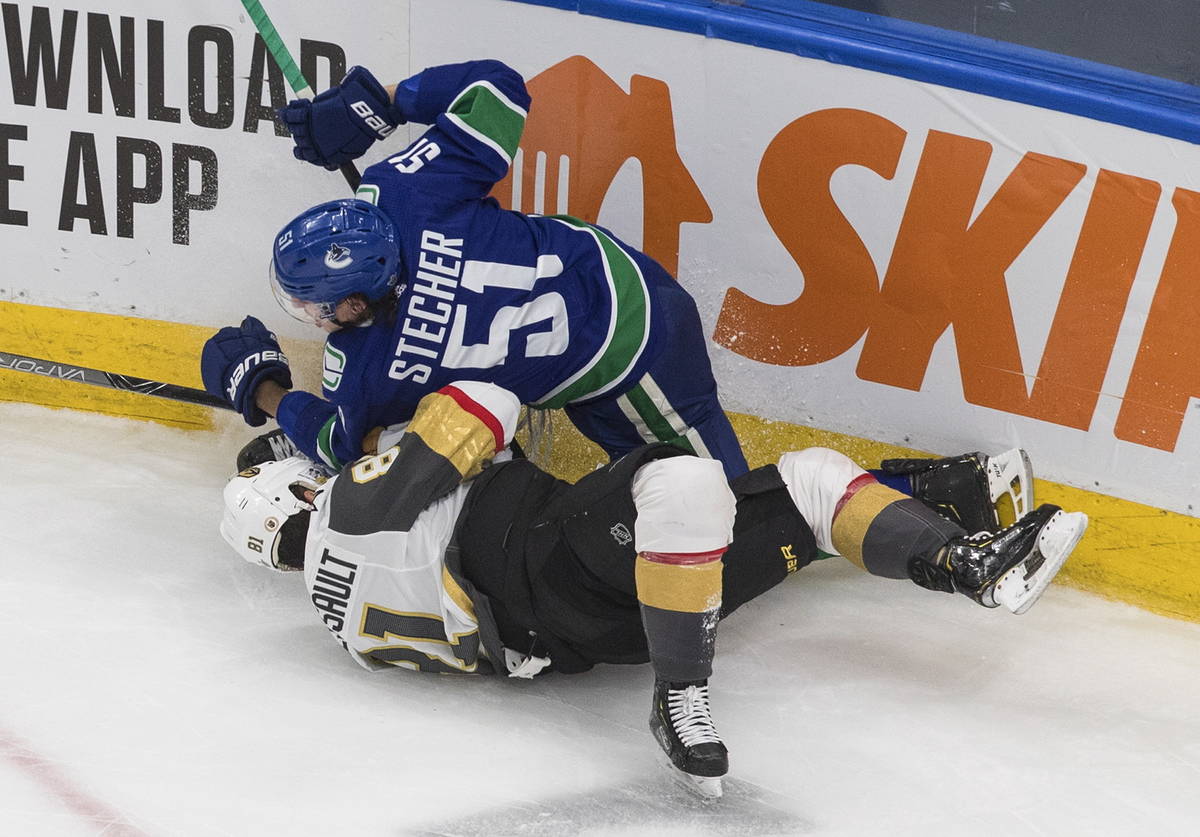 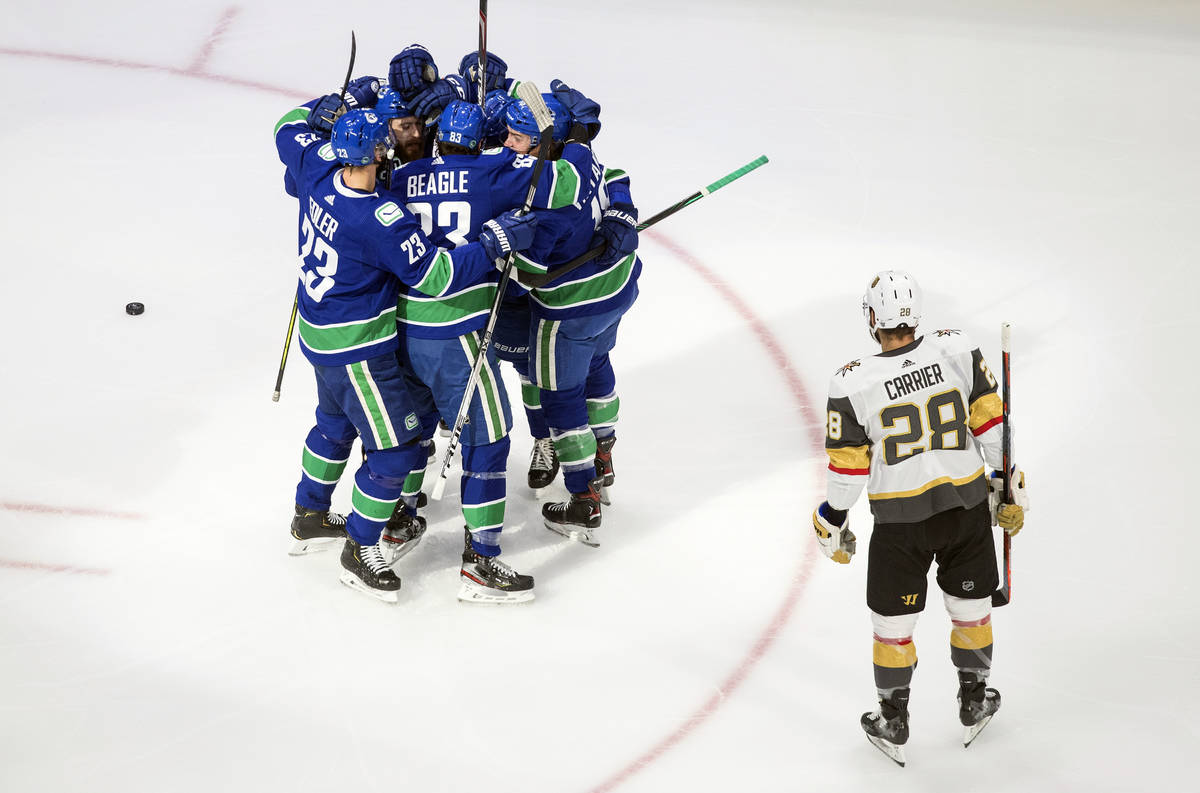 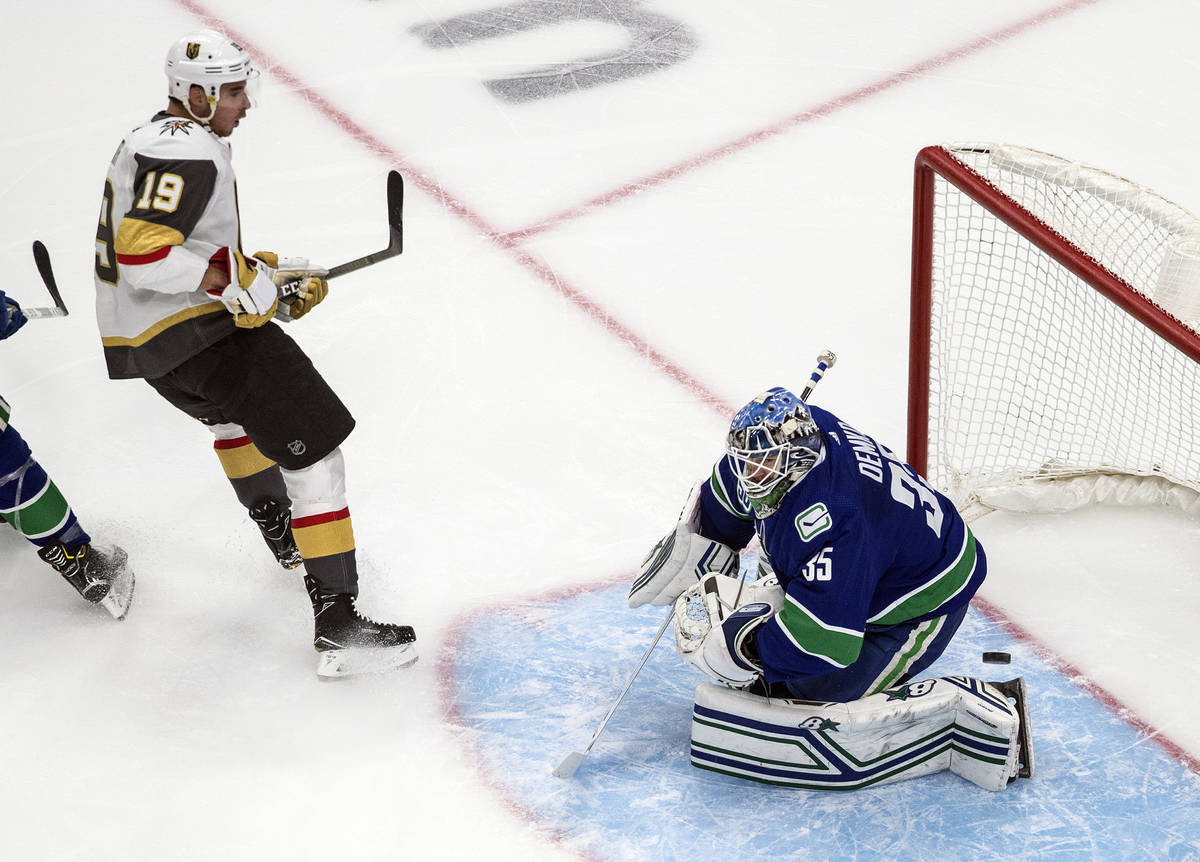 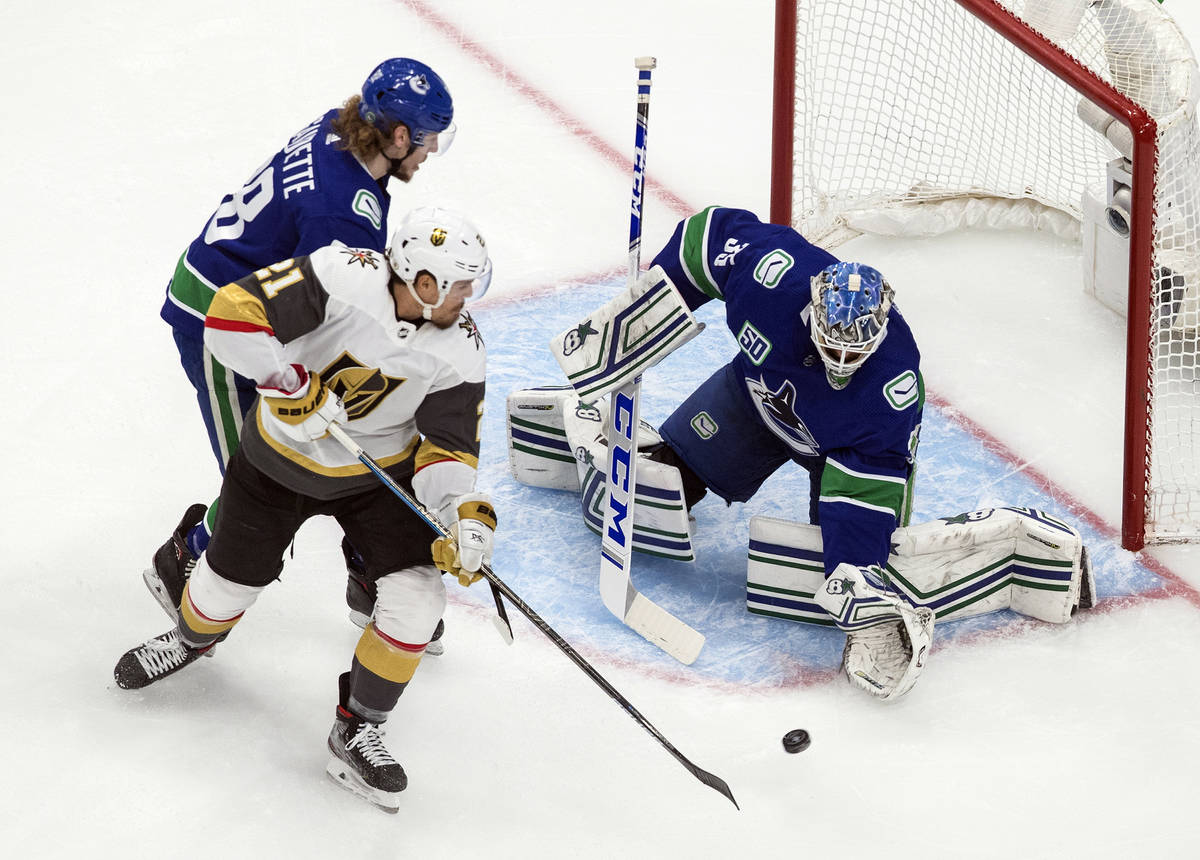 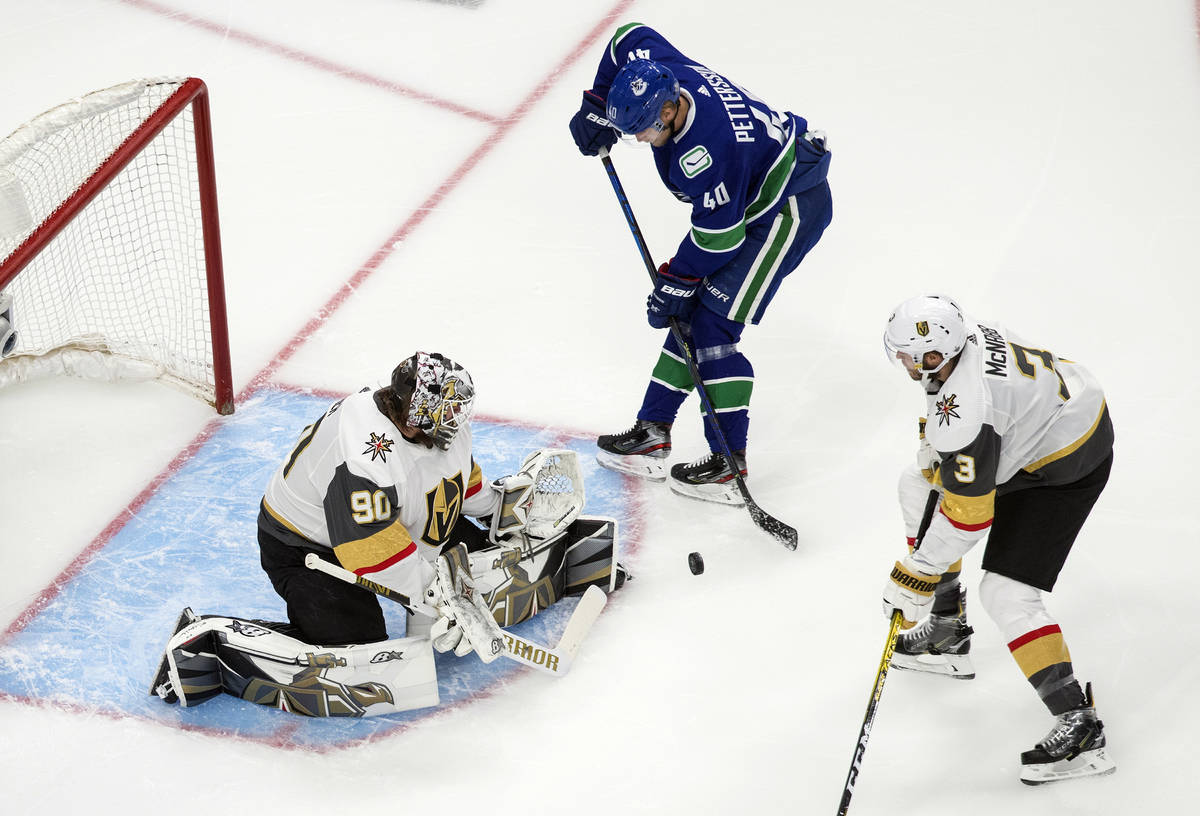 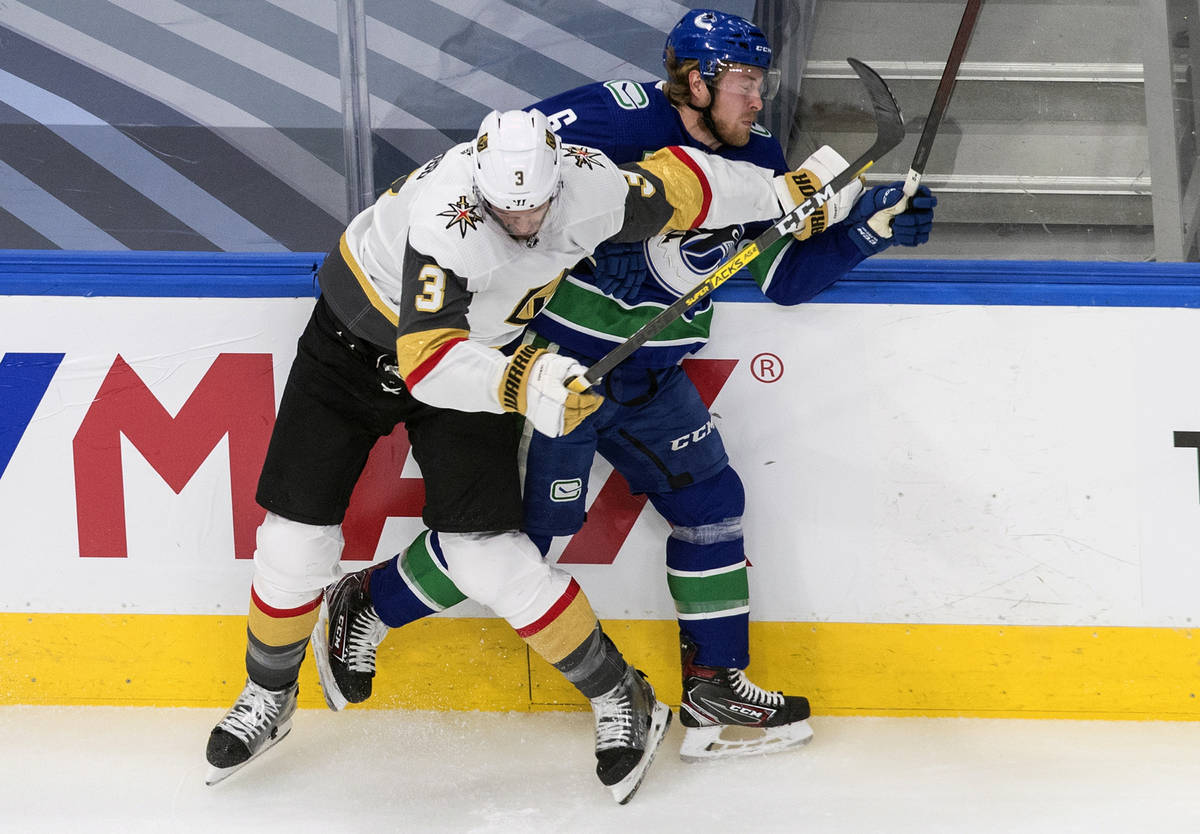 The Golden Knights reported to training camp last September with no way of knowing they would be playing almost one year later.

Now, this one-of-a-kind season will be decided by a Game 7.

The Knights peppered Vancouver Canucks backup goalie Thatcher Demko for the second straight game, but couldn’t crack the rookie in a 4-0 loss Thursday night in Game 6 of the Western Conference semifinals.

The best-of-seven series wraps up at 6 p.m. Friday at Rogers Place in Edmonton, Alberta, with the Knights in danger of losing a 3-1 series lead for the second consecutive postseason.

“This is a different group, different team,” said coach Pete DeBoer, who was on the other side last season when the Knights squandered a 3-1 lead to the San Jose Sharks.

“We’ve hit a group over there that’s feeling confident and getting great goaltending, and that’s going to happen on the playoff trail. You’ve got to find a way. This is our adversity, and we’ve got to stick together and come through it.”

The Canucks used the same rope-a-dope formula that worked in Game 5 on Tuesday to extend the series, leaning on Demko and scoring a few timely goals along the way.

Demko finished with 48 stops in place of Jacob Markstrom and preserved an early lead while Vancouver went more than 19 minutes of the first and second periods without a shot on goal.

“We’ve got to score some goals,” Knights right wing Mark Stone said. “Got to find a way to put some pucks in the net. Got lots of looks. Got to get some bodies in front of the net.”

The Knights did a better job of creating traffic in front of Demko after he saw most of the shots that came his way in Game 5.

Stone was turned away on a short-handed breakaway early in the third period, and Reilly Smith clanked the post at the end of a second-period power play.

The Knights finished with 42 missed shots, and when Demko did leave a rebound available, the Canucks cleared nearly every loose puck in front of the net.

Demko is the first rookie goalie since Jacques Plante in 1953 to win his first two career postseason starts when his team was facing elimination.

“Their goalie is feeling it right now,” Knights left wing Max Pacioretty said. “We talked about getting in front of him, getting second and third chances. I thought we did probably a little bit better of a job tonight than last game. However, I feel we have better than that around their net.”

The Knights lost two in a row in regulation for the first time under DeBoer and backed themselves into a corner with their starting goaltender for Game 7.

Robin Lehner made 19 saves, but was outdueled by the Canucks’ backup for the second straight game.

Three-time Stanley Cup winner Marc-Andre Fleury played in each of the Knights’ back-to-back scenarios this postseason and backstopped the Knights to a 5-3 victory in Game 4 against the Canucks. He is 13-2-2 against Vancouver in his career.

“I haven’t even thought about that yet,” DeBoer said. “We’ll digest this game. They’ll both be ready to play.”

J.T. Miller and Quinn Hughes each had a goal and an assist for the scrappy Canucks, who eliminated defending Stanley Cup champion St. Louis in the quarterfinals. Bo Horvat added an empty-net goal for his league-leading 10th of the postseason.

“I have a strong belief and a strong feeling for our group,” Vancouver coach Travis Green said. “When we’ve asked them to respond with efforts, they’ve always given us one. They want to win badly.”

Vancouver came out of the starting blocks flying and took a 1-0 advantage before the Knights found their legs.

Canucks fourth-line forward Tyler Motte dumped the puck into the Knights’ zone and created a turnover behind the net with a strong forecheck.

Jake Virtanen scooped up the loose change and tucked a wraparound past Lehner at 2:50 for the Canucks’ first goal from a bottom-six forward in the series.

“It’s nice that we’re going to have this opportunity,” Pacioretty said. “You don’t want to sit around (Friday) in your room in the bubble and think about what went wrong to get to this point. That being said, get some sleep, show up to the rink energized and get ready for a Game 7. This is what you dream about. We should be excited for the challenge.”