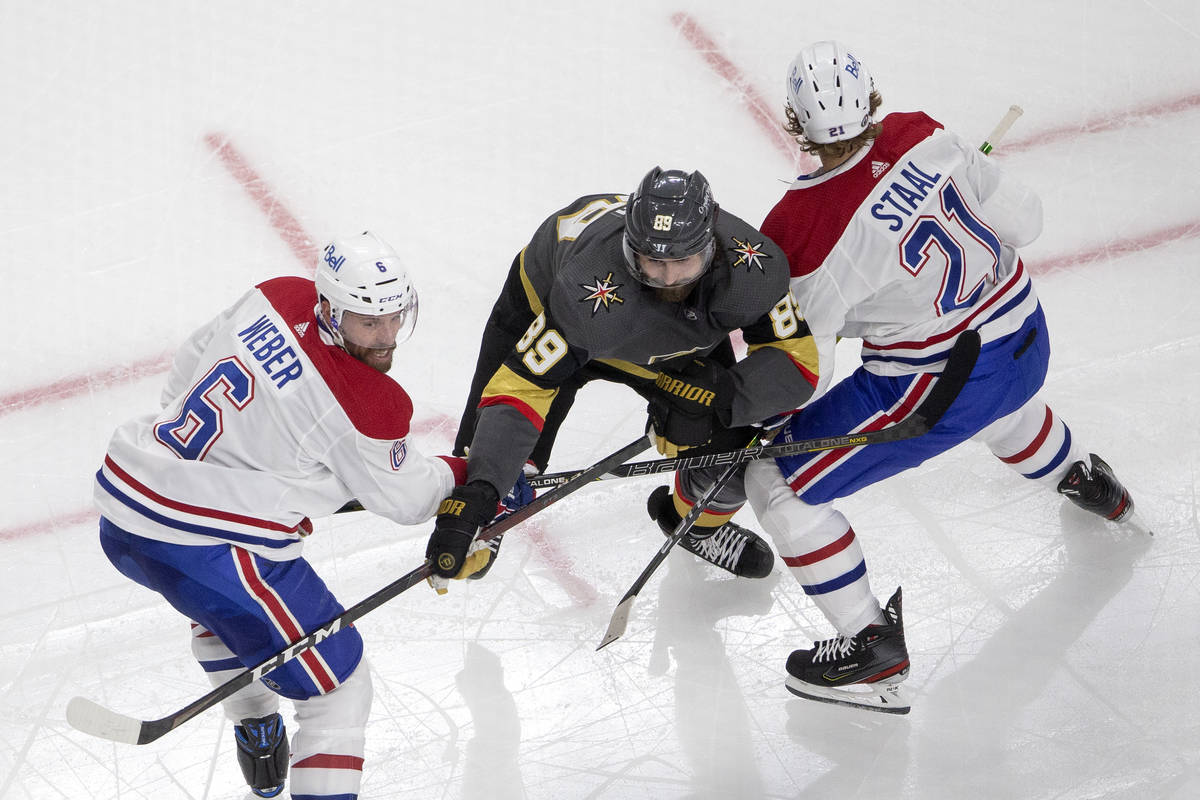 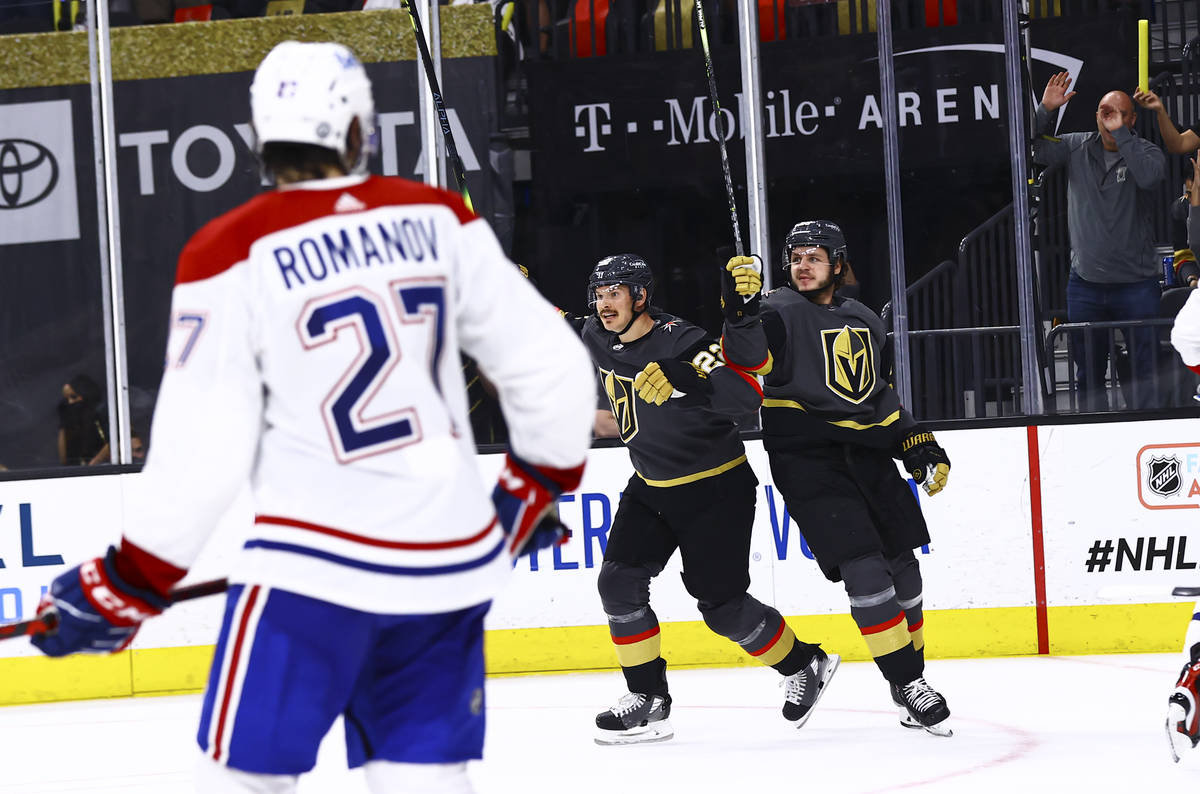 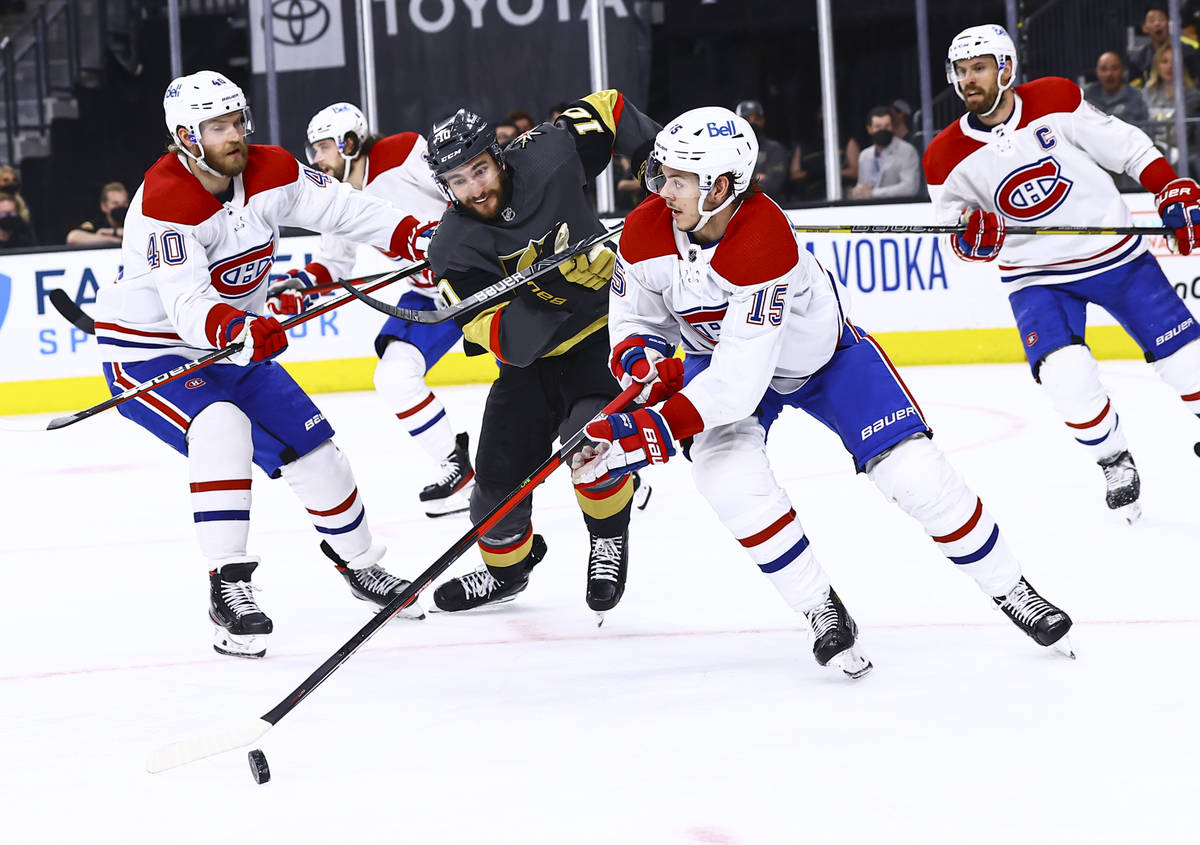 The Golden Knights learned that the hard way in their first season with forward Tomas Tatar. But this year, general manager Kelly McCrimmon’s vision of rounding out his team with another top-nine forward has played out exactly as he would have hoped.

Left wing Mattias Janmark, traded from the Chicago Blackhawks, has lengthened the Knights’ lineup since his debut April 14. He has formed a third line with center Nicolas Roy and right wing Alex Tuch in the playoffs that has been a handful for opponents when they’ve been on the ice together.

“The few games we’ve had a full lineup where we’ve had the ability to play them, they’ve looked good most of the time,” coach Pete DeBoer said. “It really has created some mismatches for us in the depth of the lineup of the team we’re playing.”

The Knights haven’t been able to keep the three together as much as they would like.

Left wing Max Pacioretty’s absence for the first six playoff games forced DeBoer to move Tuch to the first line. Pacioretty returned in Game 7 of the first round, but Janmark was injured in Game 1 of the second round against Colorado.

Janmark returned in Game 5, and since then, the line has been sensational. Tuch has three points in those three games, and Janmark and Roy have two apiece. The Knights have a 12-3 edge in high-danger scoring chances with the three on the ice at five-on-five in that span.

Tuch’s speed is creating havoc. He’s chasing down loose pucks in all three zones and creating time and space for his teammates. Janmark, who is plenty fast himself, and Roy can read off that and look for holes in the defense.

“He’s great on the forecheck,” Janmark said of Tuch. “He gets his stick on a lot of pucks and makes it hard on the opposition. We can all drive off that. We got some good o-zone time from it.”

The Canadiens had a hard time matching up with that line. Their third line of left wing Paul Byron, center Jesperi Kotkaniemi and right wing Josh Anderson has been outscored 5-3 at five-on-five this postseason, including 2-0 Monday.

The depth edge looks to be firmly in the Knights’ favor. And it’s thanks to them going out and adding one more piece at the trade deadline in Janmark.

“You’ve got (Tuch) with his speed, some incredible speed, and it can be scary for defensemen,” defenseman Brayden McNabb said. “(Roy) likes to hang onto pucks to help them create stuff, and (Janmark) can skate with (Tuch). It’s a huge benefit to have them. They’ve been producing, and we need them to continue to do that.”

Raiders quarterback Derek Carr has been following the Knights during their playoff run.

Carr rang the rally siren at T-Mobile Arena before Game 3 of the second round and said he attended Monday’s game.

“I told Mark Stone you guys are inspiring us,” Carr said. “It’s been really cool just seeing the city come together. I try to take that and imagine what 70,000 people would be like.”

Canadiens defenseman Jeff Petry practiced Tuesday, but coach Dominique Ducharme said it was too early to know whether Petry would play in Wednesday’s Game 2.

Petry has missed Montreal’s last two games with an upper-body injury. He was tied for seventh among defensemen in scoring this season with 42 points.

The Knights will play the Los Angeles Kings at Vivint Arena, the home of the Utah Jazz, in Salt Lake City on Sept. 30 for the first game of a three-year contract. Tickets will go on sale June 25 at vivintarena.com.