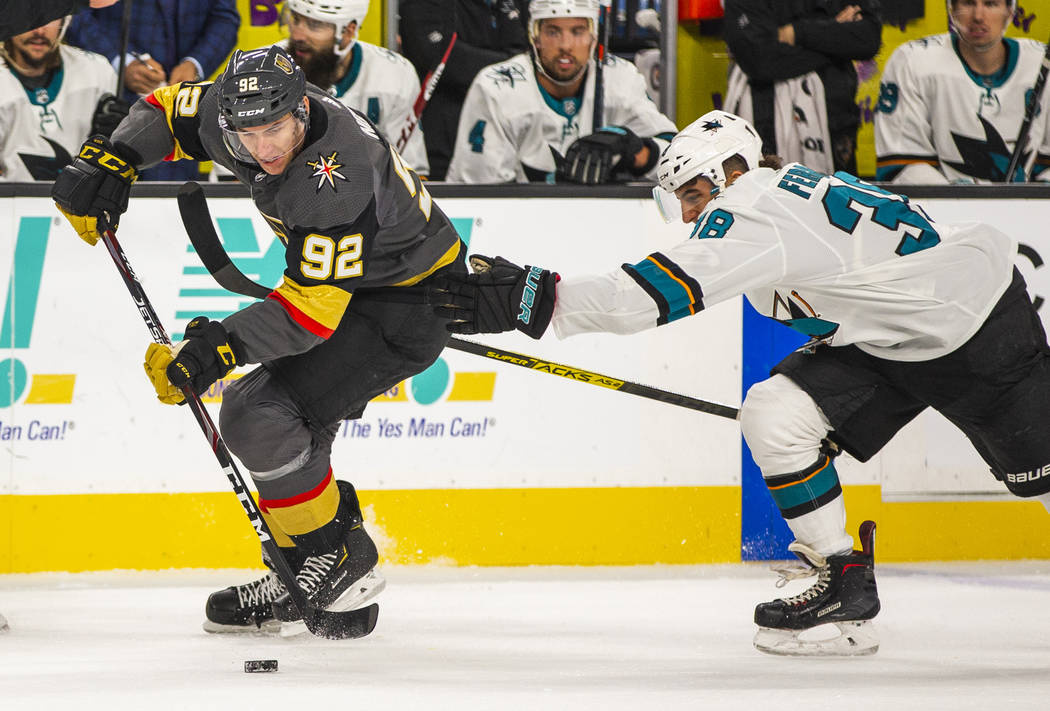 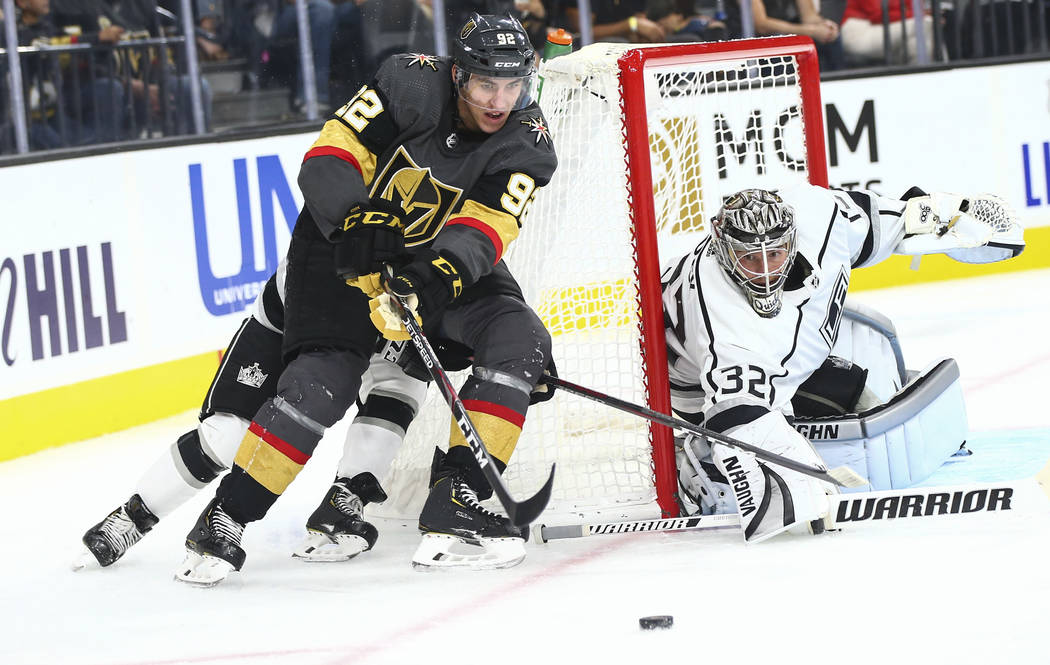 William Carrier played against Tomas Nosek when they were in the American Hockey League and remembers coming away impressed.

“He was one of the best players when I played against him,” Carrier said of his current linemate with the Golden Knights. “He’s got good skills. It’s a little undercover.”

Nosek stashed his high-end offensive talent from the minor leagues to become a versatile bottom-six grinder and penalty killer during his first two seasons with the Knights.

But the 27-year-old center never lost his scoring touch, and it’s added a new dimension to the fourth line through two games.

Nosek notched his first two-goal game and finished with a career-high three points in Friday’s 5-1 victory at San Jose after a strong effort in the season opener Wednesday.

“He’s played real good, he’s had a real good training camp for us, and he’s just turned it over the last two games in the regular season, too,” coach Gerard Gallant said. “So, real happy with his play. He’s playing strong. He’s strong on the puck and doing a good job with the two big boys on his wing.”

Nosek played primarily on the wing after being selected in the expansion draft and produced career highs in goals (eight), assists (nine) and points (17) last season.

When Pierre-Edouard Bellemare joined Colorado as an unrestricted free agent in the offseason, the fourth-line center job became available.

Nosek, who signed a one-year, $1 million contract in July, held off 22-year-old rookie Nicolas Roy in training camp for the spot between Carrier and right wing Ryan Reaves.

Nosek, at 6 feet 3 inches and 210 pounds, has the size to play the heavy style preferred by Carrier and Reaves.

And the native of Pardubice, Czech Republic, can drive the offense for his linemates, too.

Nosek set up Carrier’s goal in the first period with a slick, no-look pass at the Sharks’ blue line. He cleaned up a rebound after Brandon Pirri hit the post in the second period and added a short-handed goal in the third after being set up by Mark Stone.

“We need somebody with that skill and patience up the middle, and that’s what Nose brings,” Reaves said. “He doesn’t try to get fancy with us. He knows we get the puck in deep and then we go to work, and when you play with players like that it’s a lot easier to build that chemistry quick.”

The Knights could soon face a tough roster decision with center Cody Eakin eligible to come off injured reserve. Nosek has solidified his spot on the fourth line, and with Paul Stastny presumably in the lineup, that could push out rookie center Cody Glass.

“(Bellemare) was an anchor for that line, and now Nose gets the opportunity,” Gallant said. “And Nose played some with those guys also in the past. They know each other well. They played together a little bit in the past, and we pretty well knew that spot was going to be taken by Noser.”