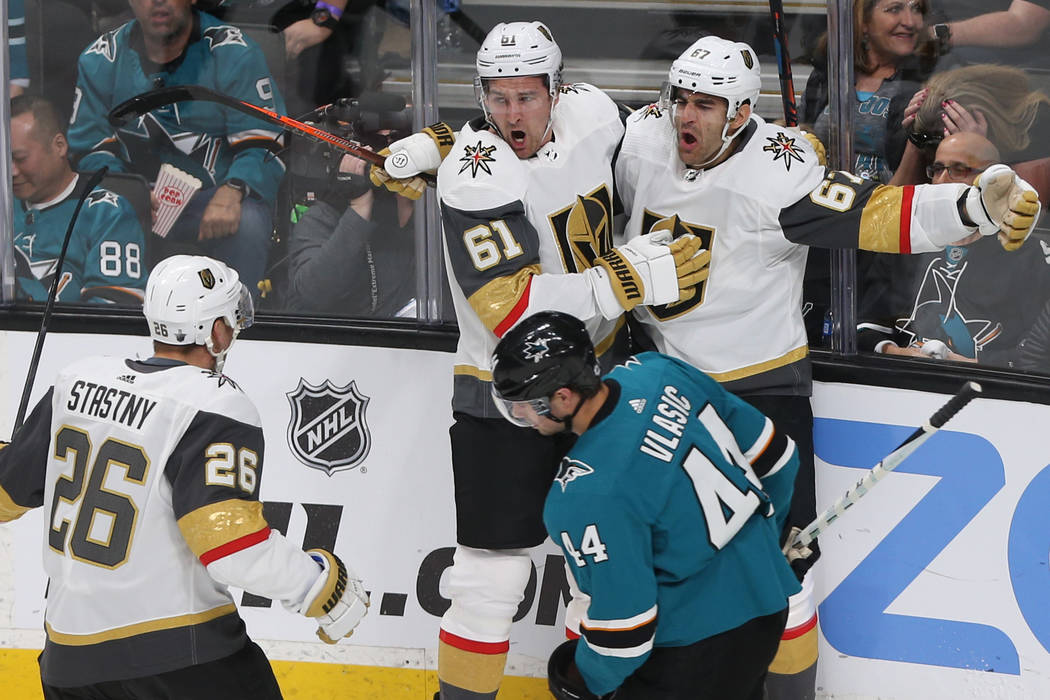 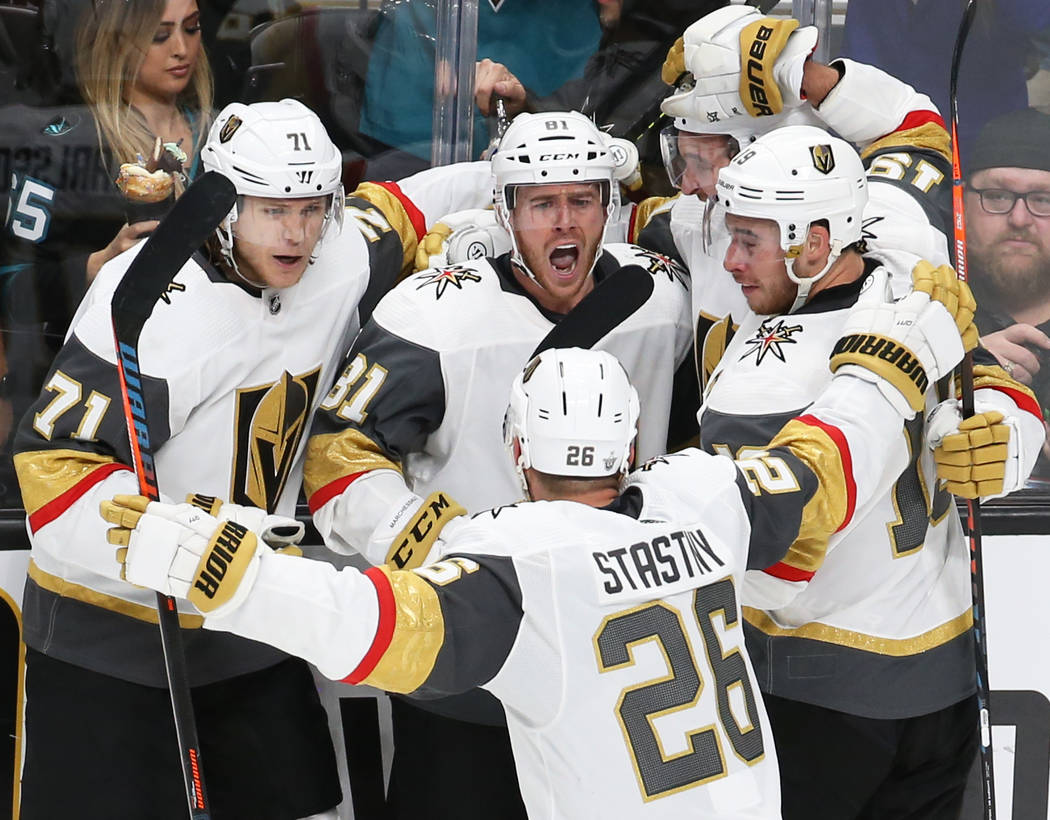 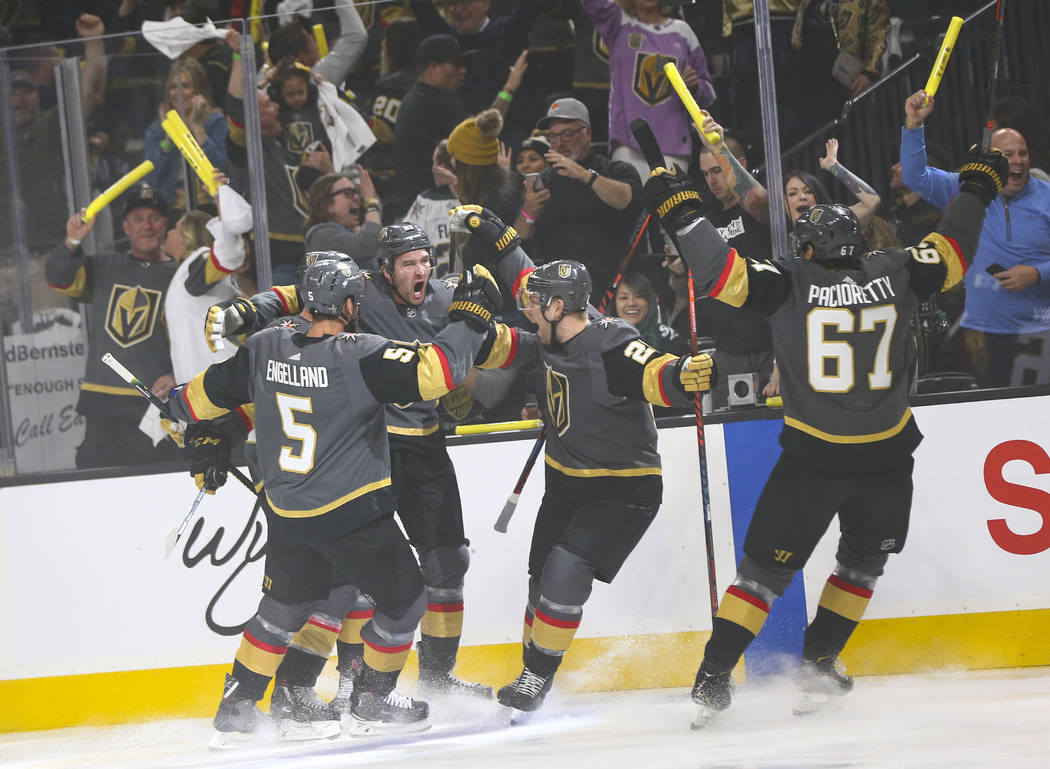 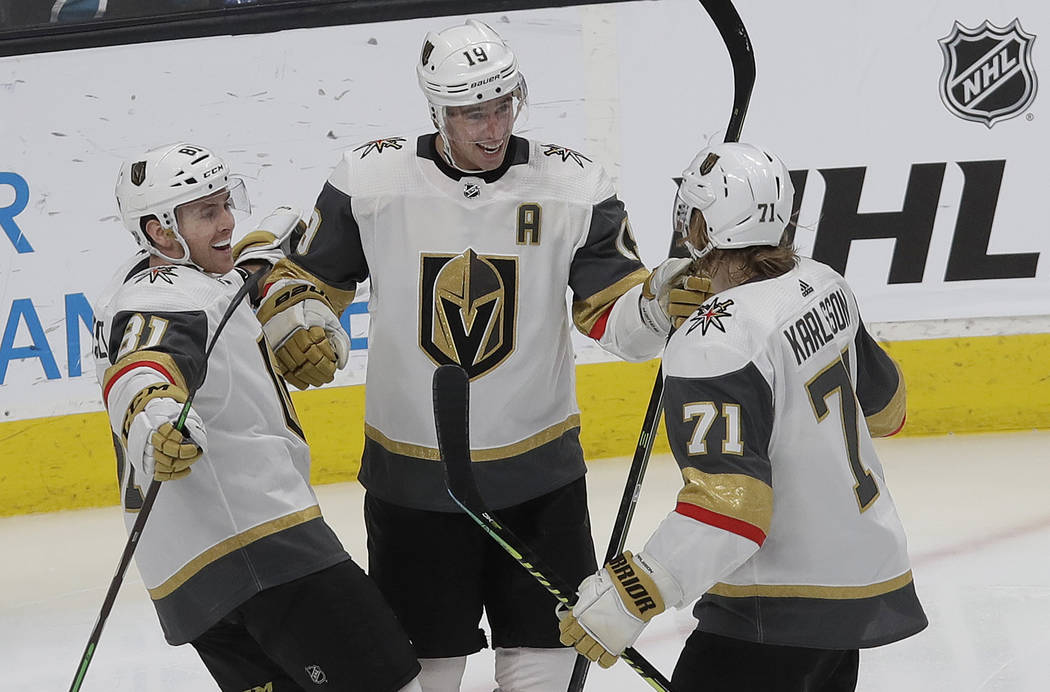 The Golden Knights have a question mark that should make other NHL teams envious.

They don’t know what their top line is.

Jonathan Marchessault, William Karlsson and Reilly Smith, the designated first line, were the team’s top three scorers last season after a dominant first year together in 2017-18. But Max Pacioretty, Paul Stastny and Mark Stone, who all are entering their second season with the Knights, could challenge their status after an impressive playoff run.

It’s a nice competition to have, but the Knights aren’t spending much time thinking about who will win it.

“I don’t care,” coach Gerard Gallant said. “They’re both real good top lines. 1A, 1B, I don’t care what it is. Some nights it could be the Stastny line (that succeeds), the next night it could be the other line. They’re top players.

“I’m pretty happy to have two lines like that, and I think the third line is pretty good, too, and I’ve always loved my fourth line. It’s not about one or two lines, it’s about your team. That’s what I try to preach every day.”

It will be difficult to take top billing from Marchessault, Karlsson and Smith after they set the tone for the Knights’ first two seasons.

Their skill sets complement one another well. Karlsson is a speedy, two-way center. Marchessault is a feisty, playmaking left wing. And Smith is an understated, responsible right wing who works hard in the offensive and defensive zones.

Their chemistry led to incredible success in year one, but the Knights tried to complement them better in year two. So they signed Stastny in free agency, traded for Pacioretty from the Montreal Canadiens and acquired Stone from Ottawa at the trade deadline.

The moves added a smart veteran center (Stastny), one of the league’s top goal scorers (Pacioretty) and an emerging offensive and defensive force (Stone) to an already impressive group of forwards.

Stastny and Pacioretty, already friends off the ice, formed a connection quickly on it. But when Pacioretty’s former rival Stone joined the team, things really took off.

Stastny and Stone averaged more ice time the final 19 games of the season than Karlsson and Smith, and Pacioretty averaged more than Marchessault. Then Stone (12 points), Pacioretty (11) and Stastny (8) exploded in the playoffs to finish as the Knights’ top three forwards in points scored in their seven-game series against the San Jose Sharks.

“For us, it’s never been about that (hierarchy),” Stastny said. “It’s always a nice internal competition to have. It’s like a friendly competition of which line is doing better day in and day out because we kind of push each other and it makes both better.”

The key word is friendly, because neither side seems to care about being credited as the top line. They just want to be remembered down the road as Stanley Cup-winning lines.