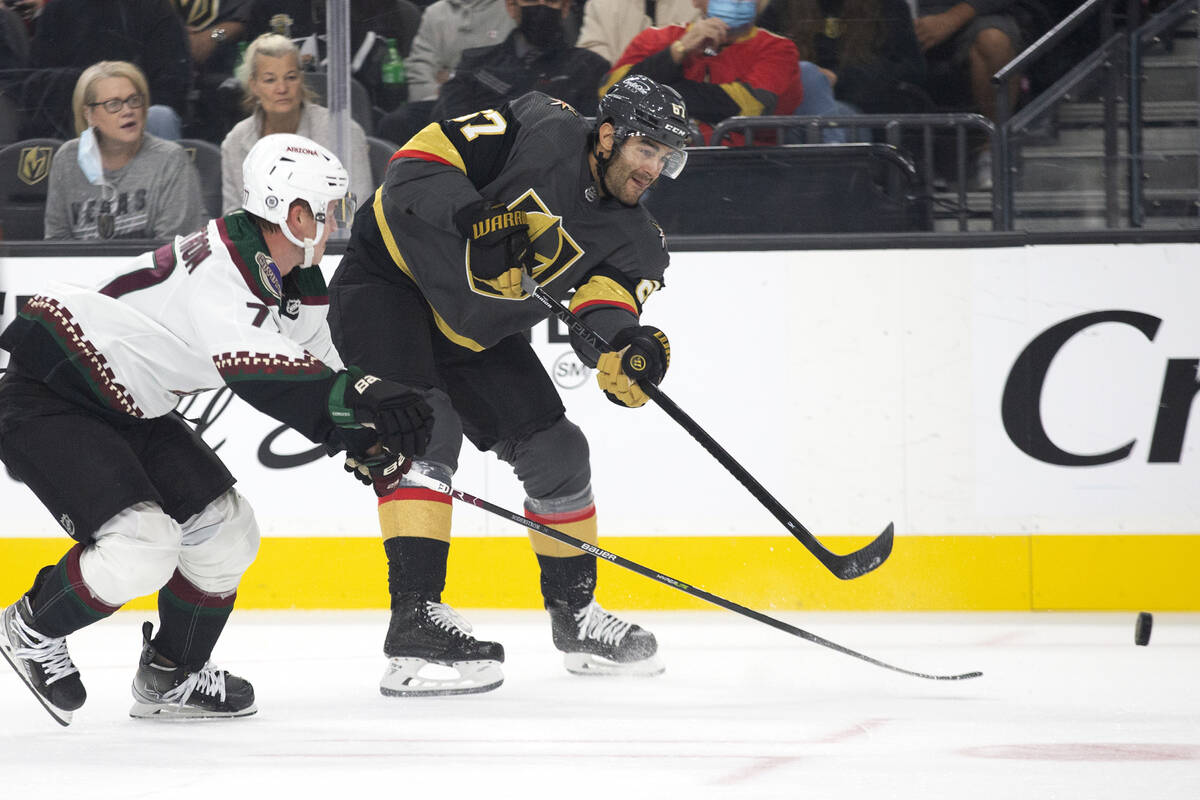 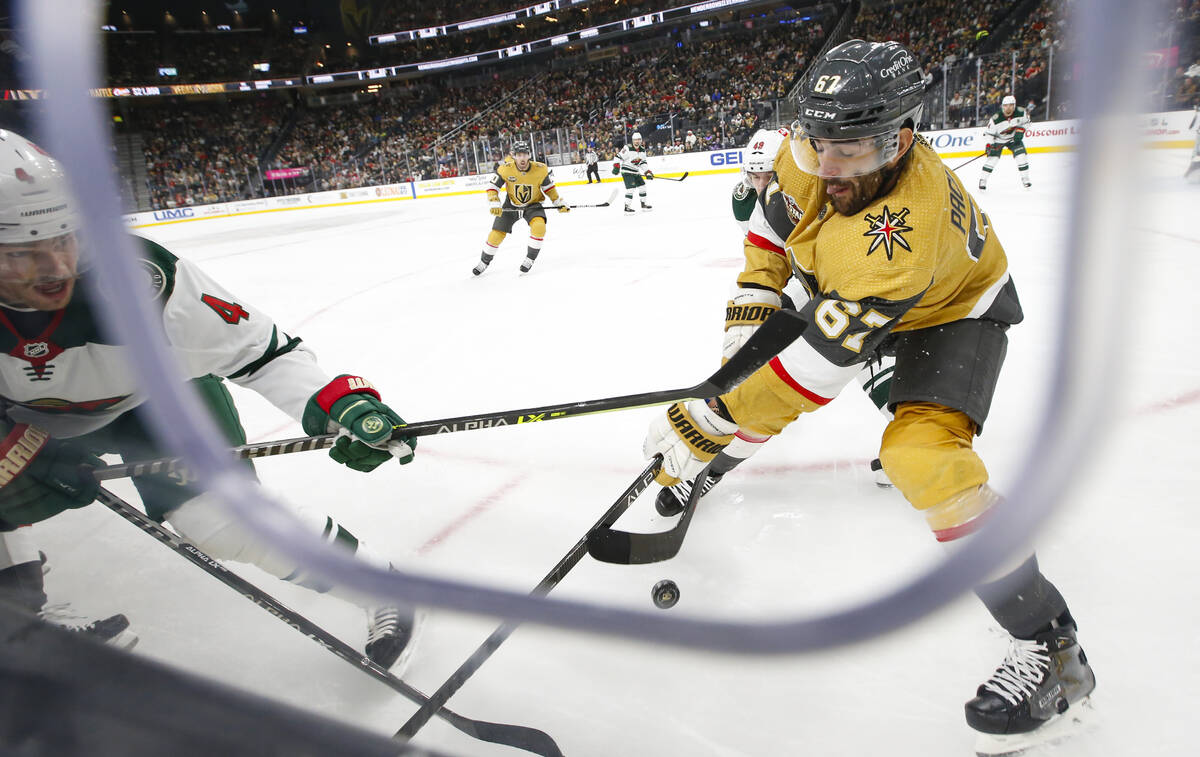 Coach Pete DeBoer said Saturday that Pacioretty will be out “long term,” and “we’re not even thinking about him as an option for at least a month.” The 33-year-old had missed 17 games before the surgery because of a broken bone in a foot.

Pacioretty has been one of the Knights’ best players when healthy. He has 12 goals and nine assists in 16 games, ranking second in goals and seventh in points on the team despite the missed time.

Pacioretty’s absence has been most notably felt on the power play. The Knights are 5-for-46 without him in the lineup (10.9 percent) and 12-for-42 (28.6 percent) with him. He’s tied for the team lead in power-play goals with three.

“I’m optimistic (about Stone and Lehner),” DeBoer said. “I’ll add Alec Martinez in there. Alec, like any long rehab, has had positive weeks and some minor setbacks.”

Stone, Lehner and Martinez did not participate in the Knights’ practice Saturday. Center Brett Howden did after leaving the NHL’s COVID-19 protocol. Howden went in Dec. 27 and was allowed to return sooner than originally expected after a policy change by the league and players association.

DeBoer went into the COVID-19 protocol the same day as Howden, but returned for Friday’s 3-1 win over the Anaheim Ducks. He missed one game, a 6-3 win over the Los Angeles Kings in which assistant coach Steve Spott was in charge.

DeBoer also had to quarantine for the Knights’ 5-4 shootout loss to the St. Louis Blues last season on Jan. 26.

“It’s really tough for a coach to sit at home and watch on the couch,” DeBoer said. “Over my 14-year career, it’s only been a few times that it’s happened, but that’s agony for us. We want to be involved, we want to be on the bench, but we left the team in really good hands and obviously they didn’t miss me much. I thought they played a great game in LA.”

Forward Nolan Patrick played in his first game Friday since Oct. 22. He was out with an upper-body injury.

DeBoer said he was “pleasantly surprised” with how Patrick looked after so much time off. That performance might have earned the 23-year-old a promotion.

Patrick was moved from fourth-line center to first-line right wing for Saturday’s practice. He played on the wing at times for Philadelphia last season.

“I’m comfortable there,” Patrick said. “I’m looking forward to seeing how the game goes tomorrow there.”

“It’s just nice when you can wake up and grab something to eat and head right downtown to the rink,” he said. “It’s not that they’re more fun or anything. For some reason, they’re just nice to play.”