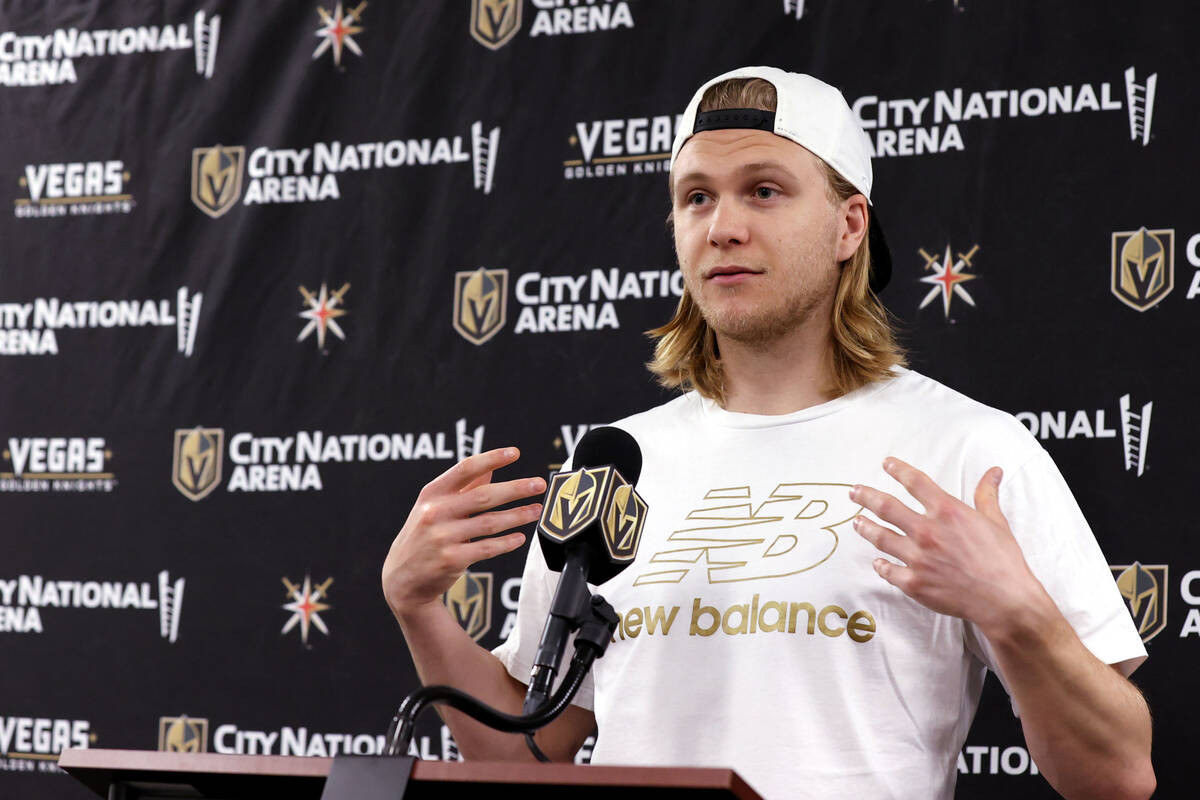 William Karlsson’s favorite soccer club from his native Sweden is AIK, which is always near the top of the table in the country’s top flight.

“Everyone in Sweden hates them,” Karlsson said.

Does the Golden Knights center care? Not a bit. He enjoys rooting for the team others cheer against. And the comparison to his club is not lost on him.

Opposing teams and players were openly rooting for the Knights to miss the NHL playoffs and celebrated when it happened. That gives the team a choice entering next season: It could ignore the noise in its quest to return to the Stanley Cup playoffs, or the Knights use it to fuel them throughout the summer and season.

“I love to embrace that,” Karlsson said. “I do not care if everyone hates us. Growing up with the team that I adore, still adore, it means that you’ve done something good.”

The Knights aren’t sure how they ended up with the NHL’s black hat by the end of the season.

San Jose right wing Timo Meier said there were “a lot of people cheering for us” when his team won 5-4 in a shootout April 24 at T-Mobile Arena. The Sharks then shared an anti-Knights message on their video board April 26. Dallas sent San Jose a message back on its video board the next night.

The Stars and Kings were not shy on social media about rooting against the Knights in their quests to clinch playoff berths. Dallas’ and San Jose’s Twitter accounts posted photos before late regular-season meetings with the Knights saying the whole country outside of Nevada was cheering for them.

“We would see the last few games, all the NHL likes to root against us,” left wing Jonathan Marchessault said. “It’s sad to think that.”

The exact reasons are murky.

The Knights’ early success inspired jealousy and cries that the NHL’s expansion draft rules were too favorable. But Seattle finished with the third-fewest points this season with the same setup.

Theodore also pushed back on the idea that the team won too much, too soon.

Yes, the Knights had the league’s fourth-most regular-season wins and second-most playoff wins in their first four seasons. But they haven’t accomplished their ultimate goal — winning the Stanley Cup.

“We didn’t win too early,” Theodore said. “We had a lot of success, for sure. I don’t know if that has something to do with it.”

Something else that plays into how the Knights are perceived is their player turnover. Fan favorite Nate Schmidt was traded before their fourth season. Face of the franchise Marc-Andre Fleury and beloved bruiser Ryan Reaves were dealt last offseason. Other popular players who have been moved include right wing Alex Tuch and defenseman Nick Holden.

Those trades allowed the Knights to bring in high-profile players such as defenseman Alex Pietrangelo and center Jack Eichel. It also forced them to dance around the salary cap the previous two seasons by playing short-handed in some games and using long-term injured reserve for stretches.

The team’s relentless pursuit of success has led to a lot of wins but came at the cost of losing key personalities.

Has that made the Knights less popular? Probably. They’re not apologizing for that. And they’re willing to embrace that heading into next season.

“And so, we’re not the most popular team around the league. I’m not running a popularity contest among other owners or other teams. My job is to help our team win any way I can.”