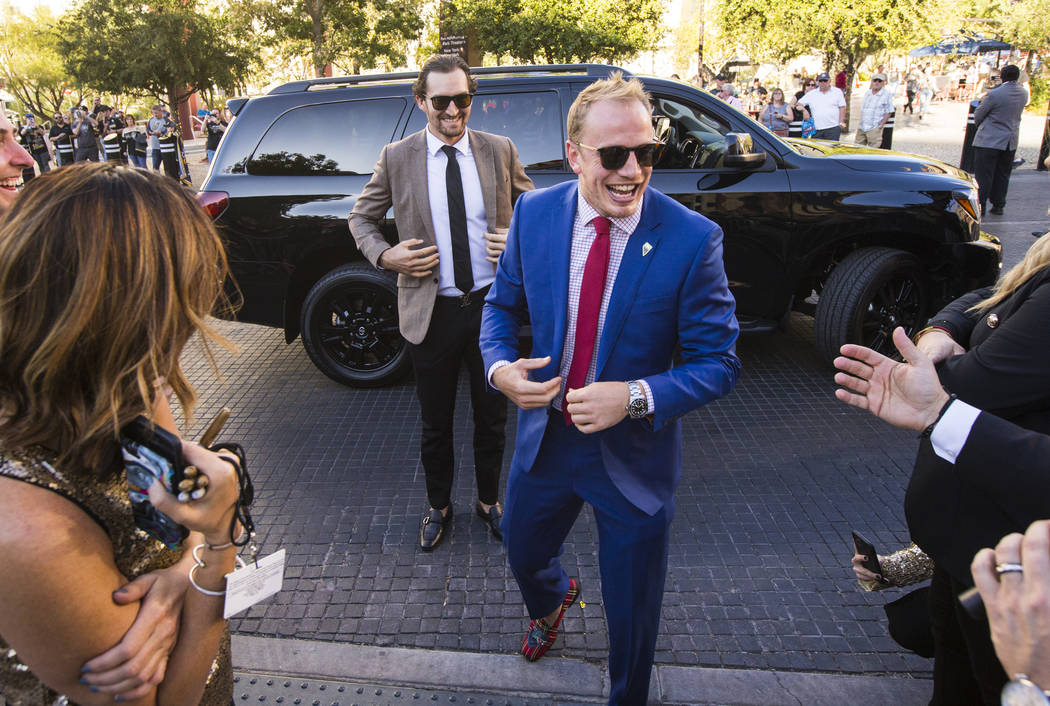 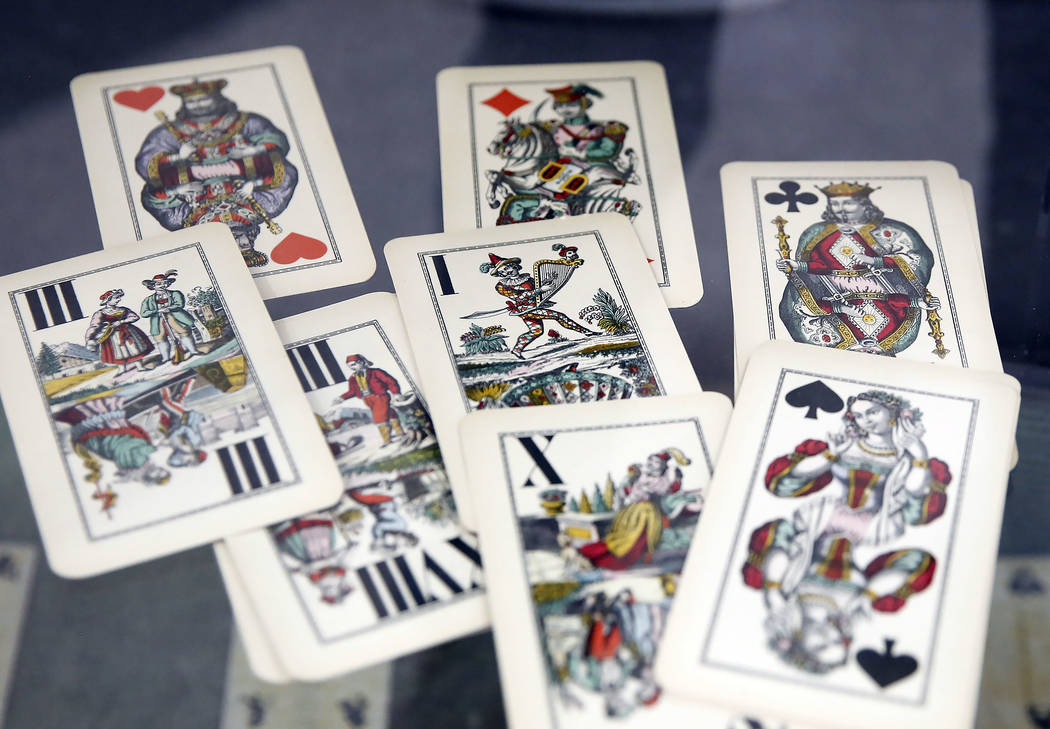 Playing Cards, circa 1900 are displayed during the 50th anniversary of UNLV's special collections and archives at Lied Library on Friday, Sept. 15, 2017, in Las Vegas. (Bizuayehu Tesfaye/Las Vegas Review-Journal) @bizutesfaye

There’s the card players. And there’s the movie/TV watchers.

Playing 41 road games a season means the team spends a lot of time on planes hopping from city to city. Something has to fill all the hours the Knights spend high above the air, even during a short flight like the one they took Friday before their 1 p.m. Saturday game at the Los Angeles Kings.

“We spend so much time on the road and on planes,” right wing Reilly Smith said. “I feel I go through shows and movies pretty quick. I’m always looking for something.”

Smith is currently watching the Amazon Prime Video show “Jack Ryan” to pass the time. He also goes through “a lot” of Will Ferrell comedies.

Defenseman Shea Theodore is in the same camp. He just rewatched the TV series “Breaking Bad” and is looking for a new show to get into.

Defenseman Jon Merrill stays away from movies and TV shows but he still keeps to himself. He recently got an Amazon Kindle so he can skim through books electronically.

“I read a lot of biographies and autobiographies,” said Merrill, who is currently reading a book about a former member of the Hells Angels biker group. “I just like to learn about people’s lives. Musicians and crazy people.”

While some players get lost in a book, TV show or movie, others get together to play cards. Right wing Alex Tuch said the team’s game of choice is called seven up, seven down, which is similar to hearts or spades.

“I haven’t heard of anyone besides hockey players knowing how to play it,” Tuch said.

But the player who gets the most attention seems to be left wing Jonathan Marchessault, who likes to chat when he’s winning but grows silent when he’s losing.

One player who tries to stay away from cards and movies is defenseman Nate Schmidt. He said he plays a lot of cards in the summer and he’s not “a movie guy,” so he usually buzzes around the plane talking to people.

“I usually try to shoot (goaltender Marc-Andre Fleury’s) ear off a little bit,” Schmidt said. “I’m all over the place usually. I sit next to (Theodore) usually. I think he usually puts his headphones in when he’s sick of me.”

Schmidt didn’t have that much time to annoy Fleury and Theodore on the Knights’ flight to Los Angeles, their second-shortest trip by air miles of the season (behind Anaheim). That still doesn’t mean cards weren’t dealt.

“Oh, you still squeeze in a game for sure,” Reaves said.