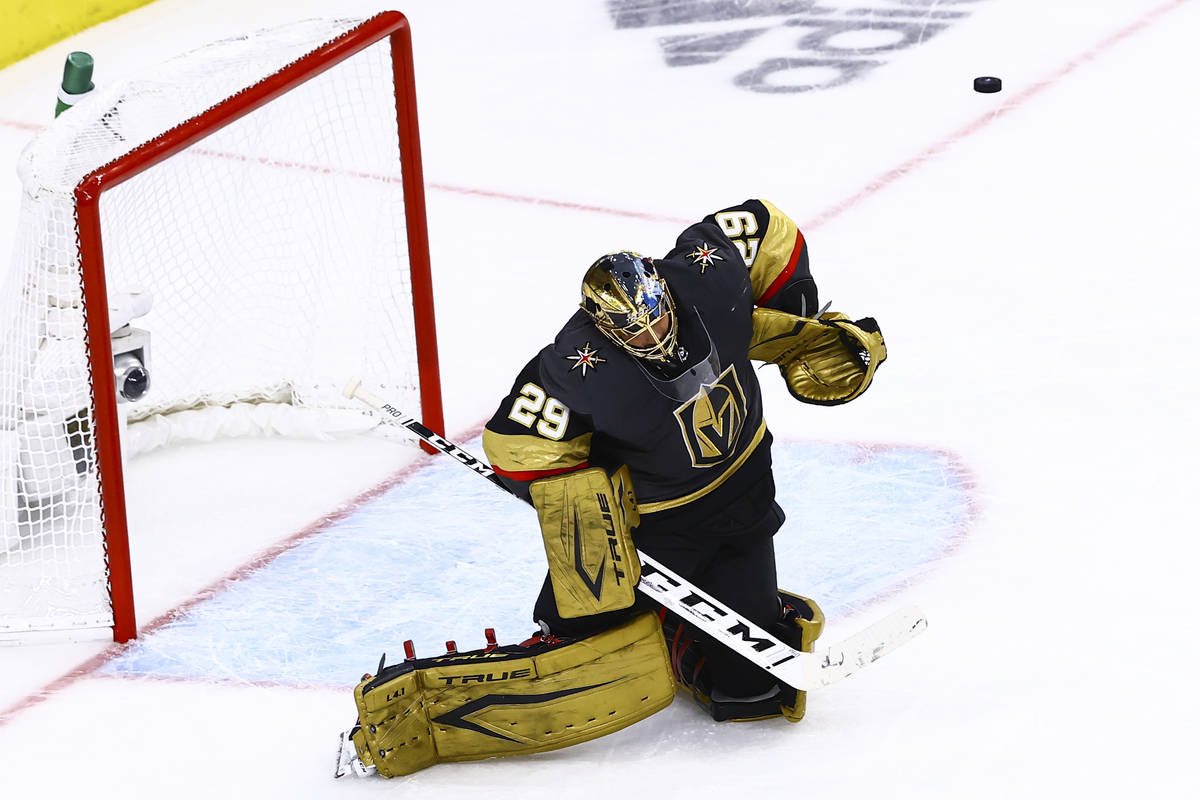 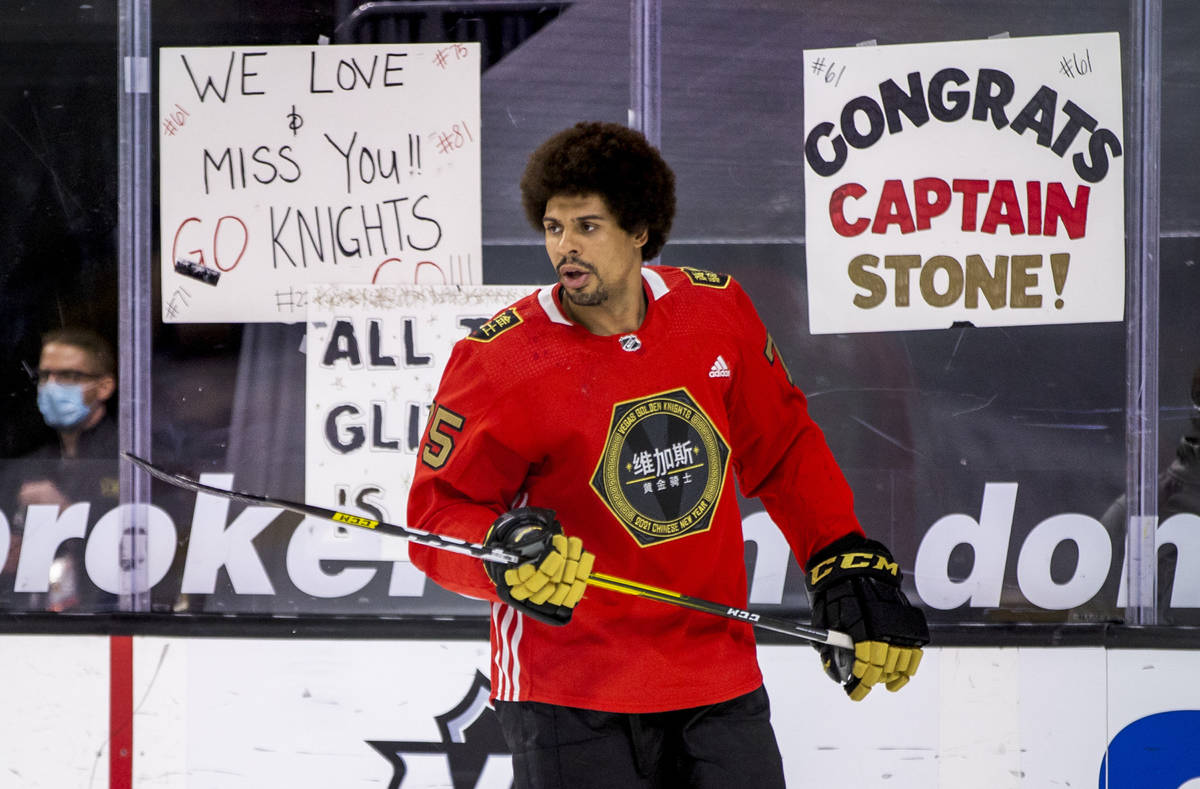 Golden Knights right wing Ryan Reaves (75) keeps a puck in the air during warm ups before the first period of an NHL game versus the Anaheim Ducks at the T-Mobile Arena on Thursday, Feb. 11, 2021, in Las Vegas. (L.E. Baskow/Las Vegas Review-Journal) @Left_Eye_Images 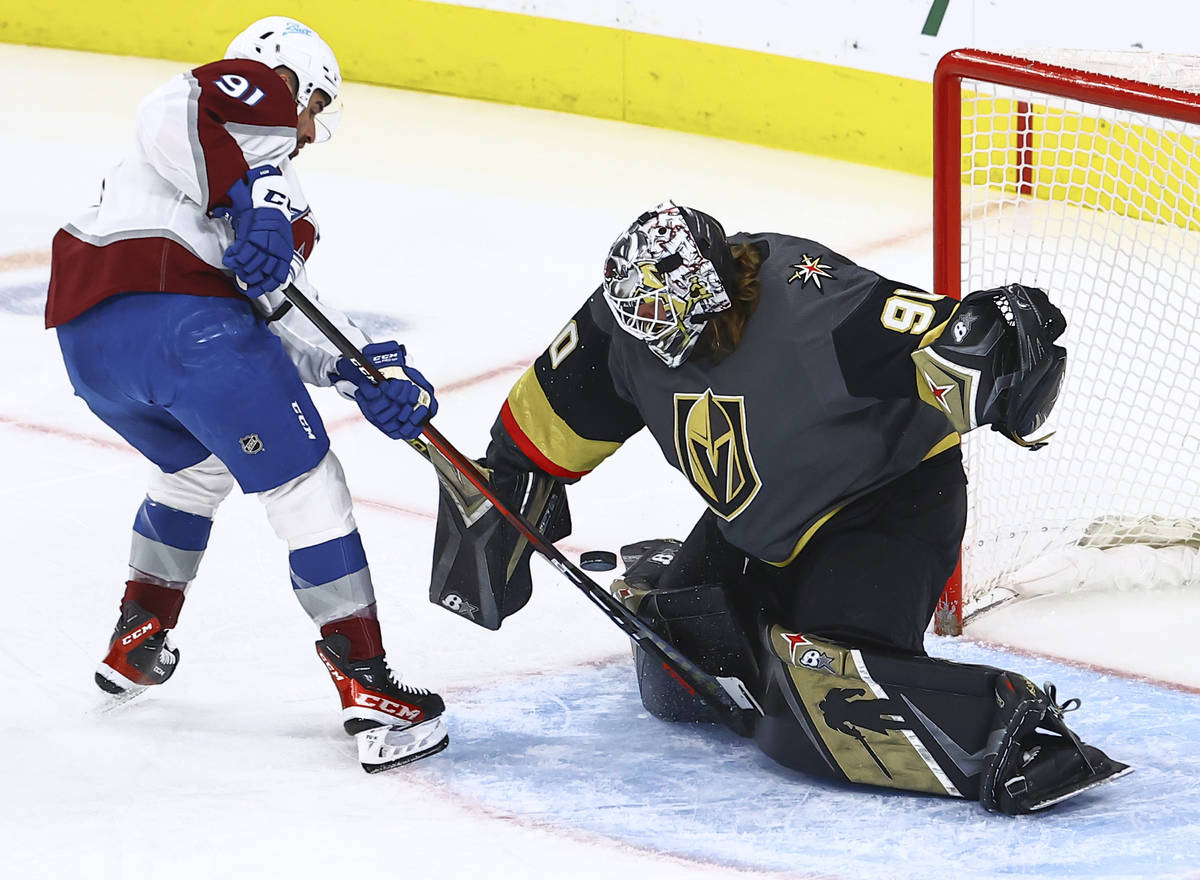 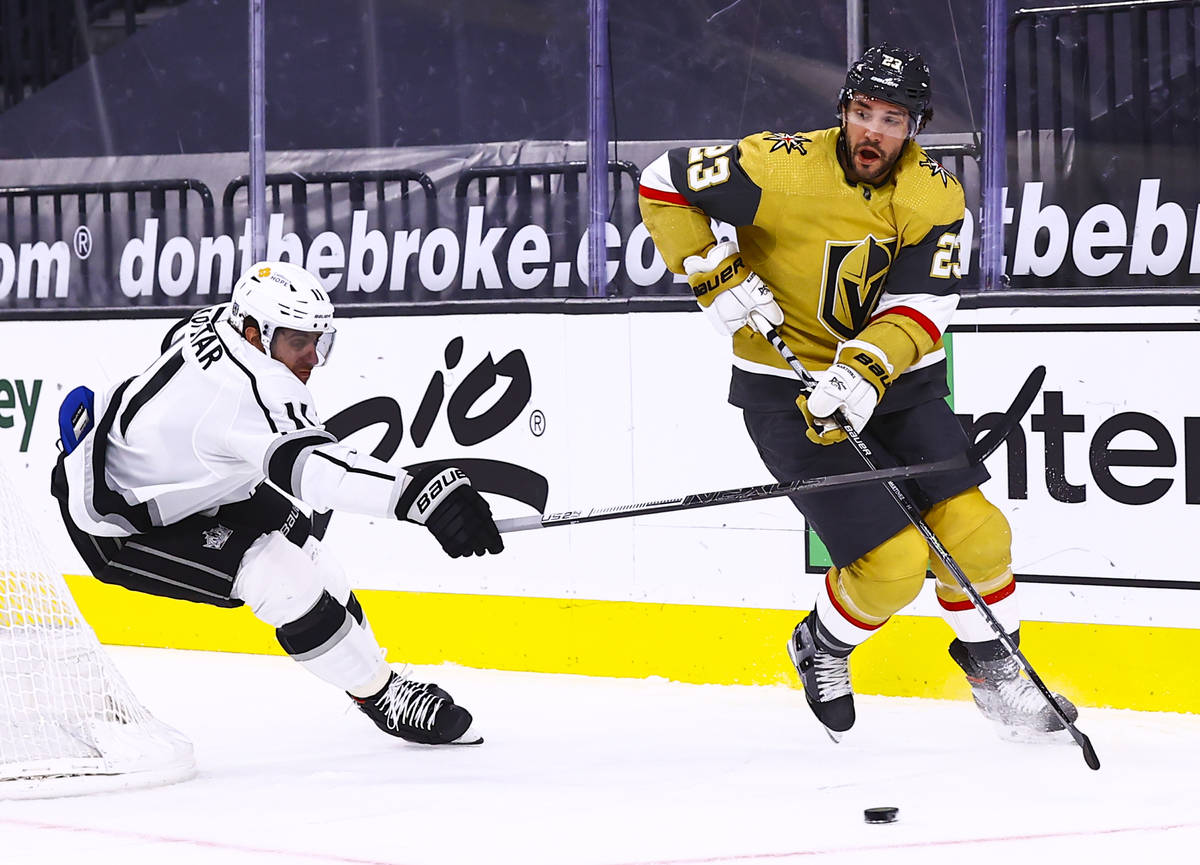 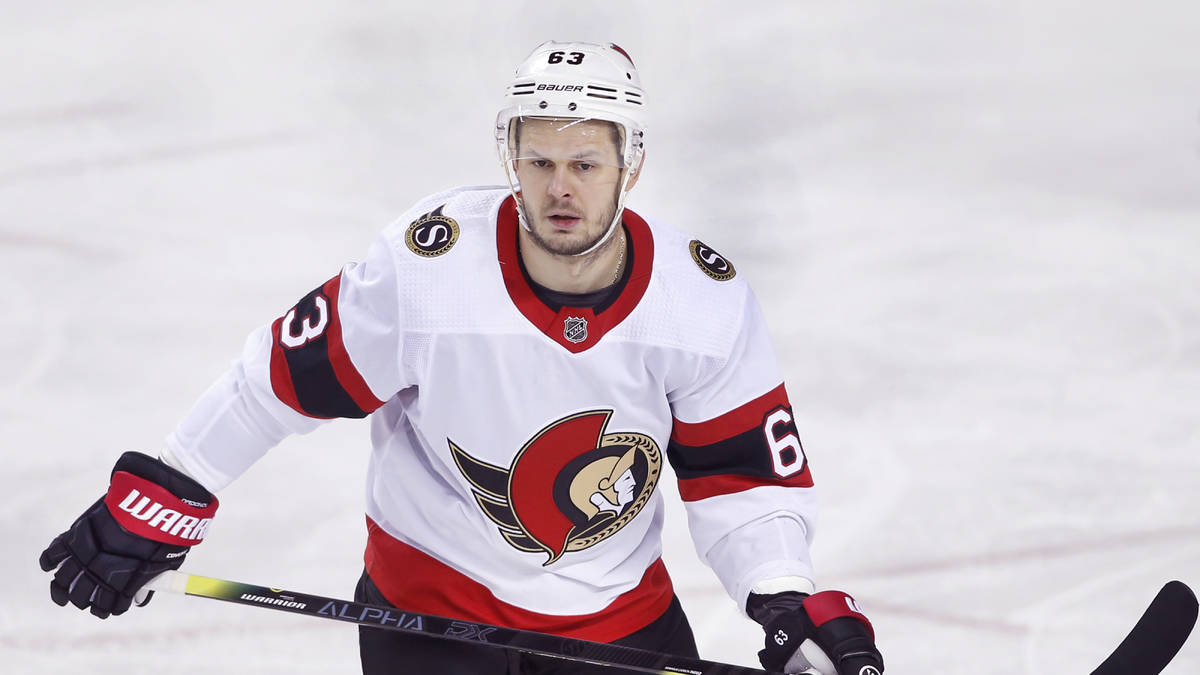 The Golden Knights, for better or worse, never stand still.

The franchise is always pursuing upgrades in its quest for its first Stanley Cup. No amount of success — which includes two semifinal appearances and one trip to the Stanley Cup Final in four seasons — will prevent the Knights from doing what they think is best for the following year’s team.

That was on full display this offseason when the team traded Hall of Fame goaltender Marc-Andre Fleury, fan favorite Ryan Reaves and its first-ever draft pick in center Cody Glass. The moves will give the Knights a new feel entering their fifth season, which is by design.

The one thing the team never has been is stagnant.

“Our job is to do the best things we can for the organization to help our team win,” general manager Kelly McCrimmon said after trading Reaves. “Our fans like winning hockey teams. We’ve done a lot of that in our four-year existence in Las Vegas. We do what we can to put the best team on the ice, make the best decisions with our personnel.”

Here’s how next year’s team was built:

The Knights’ primary roster-building tool in their first four seasons was the 2017 expansion draft. No longer.

For the first time in franchise history, more players on the team (10) have been acquired in trades than any other method. The roster has evolved constantly over the years, and it primarily has been done via trades. The first line of left wing Max Pacioretty, center Chandler Stephenson and right wing Mark Stone arrived in trades, for example.

The proof is in the number of players who end up sticking around. Defenseman Alec Martinez and left wing Mattias Janmark were brought back this offseason, meaning seven of the 10 players on the roster that the Knights originally got in trades have signed a new contract with the team.

“I’ve touched on it a lot before about the special group that we have there,” Martinez said after re-signing. “It’s those things in the (locker) room and the quality of guys that I get to play with for three more years now that was kind of one of the main reasons that I wanted to be back.”

The Knights still have seven players on the roster who came from the expansion draft. But their first line, top defensive pair of Martinez and Alex Pietrangelo and primary goaltenders in Robin Lehner and Laurent Brossoit arrived after their inaugural season via trade or free agency.

The changing of the guard has been gradual, but moving Fleury — easily the face of the franchise for four years — will make the difference between this season’s roster and previous ones even more stark. More changes could be on the horizon because expansion-draft pickups Reilly Smith and Brayden McNabb are set to be free agents next summer.

Their influence isn’t completely gone. It just isn’t as strong as it has been.

“It’s part of the game, and it happens every season, all the time,” Fleury said. “Guys come in and come out.”

The Knights’ trade and expansion-draft acquisitions have taken up enough of their cap space to prevent them from splashing cash in free agency.

That might be for the best, because the NHL’s open market results in more mistakes than success stories. The Knights instead have been selective regarding free agents. They’ve signed only four to multiyear, one-way deals in five offseasons in Brossoit, Holden, Pietrangelo and center Paul Stastny. Stastny and Holden, who was later extended, since have been traded.

Brossoit was the only outside free agent signing this summer, as the Knights targeted a specific need for a veteran backup goaltender.

The Knights, again, for better or worse, are built different. They’re counting on that getting them over the hump next season.

“It’s one of the best teams in the NHL right now,” Dadonov said. “Every year they’re a competitive team. I’m very excited. I can’t wait for the season to start.” 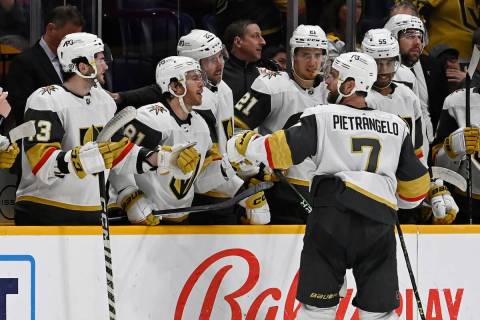