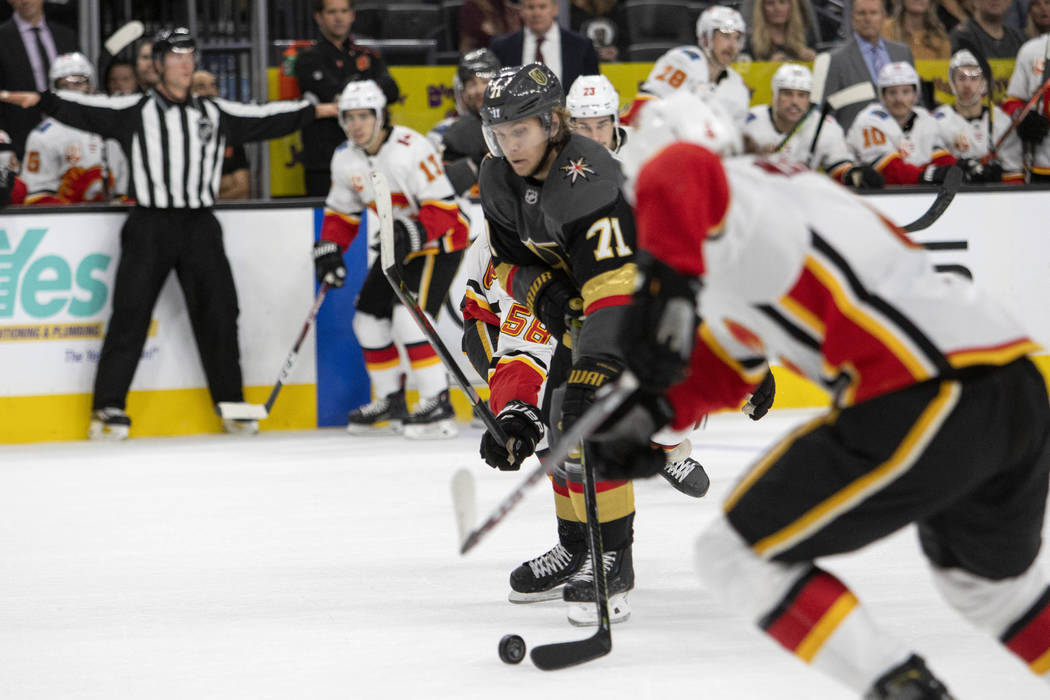 Golden Knights center William Karlsson (71) skates toward the goal before scoring the final goal of the game against the Calgary Flames on Sunday, Nov. 17, 2019, at T-Mobile Arena, in Las Vegas. The Golden Knights won 6-0. Ellen Schmidt/Las Vegas Review-Journal) @ellenkschmidt_

William Karlsson’s new left wing, Max Pacioretty, is different than his previous one.

“It’s a little different since he’s a right-handed (shot), too. (Pacioretty has) got some other qualities. He has a really heavy shot, so if we can get him to shoot the puck, we have a bigger chance to score.”

Karlsson and Pacioretty combined for five points Sunday to help the Knights break out of an offensive slump with a 6-0 victory over Calgary at T-Mobile Arena.

The Knights matched their season high for goals that was set in a 6-2 victory over Calgary on Oct. 12 while snapping a five-game winless streak (0-4-1). They scored more than three goals for the first time in eight games and the third time in their past 16 outings.

“It’s a process. I thought we were playing good hockey and losing and that happens sometimes,” coach Gerard Gallant said. “We got rewarded finally. It’s good for our team and for our confidence. Now we have to continue to play that way and play the right way and we will get good results.”

Pacioretty joined Karlsson and right wing Reilly Smith starting with Wednesday’s game against Chicago, and Karlsson has four goals and three assists in three games. He had two goals and an assist against the Flames and leads the Knights with 23 points.

”It’s a message, right? That it’s not working with what we have right now. We’re going to mix it up,” Karlsson said. “You just want to play the best you can. So far, it’s been working with (Pacioretty) for us. I think the other lines have done a great job, too.”

Karlsson set a blue-collar example for his teammates on his first-period goal, as he dived to block a shot, broke up a pass intended for Johnny Gaudreau in the slot, then raced the other way and finished off a 2-on-1 with Pacioretty.

It was Selke Trophy stuff.

Pacioretty has two straight multipoint games and has scored in five of his past six. He finished off a 2-on-2 rush with Karlsson by sending a BB past Cam Talbot’s glove for a 3-0 lead with 11:47 remaining in the third period.

It should also be pointed out that Marchessault, who is skating with center Cody Eakin and right wing Mark Stone since the line shuffle, is riding a five-game point streak and has nine points in his past 10 games.

“It’s kind of that time of year where guys, teams are seeing what they’re made of and they want to make statements,” Pacioretty said. “Obviously we dug a little bit of a hole for ourselves with those losses. It’s important for us as individuals to feel good about our game now and go out there as a unit of 20 guys again and try to do the same thing.”

The Knights continue their four-game homestand Tuesday against reeling Toronto, which was walloped 6-1 at Pittsburgh on Saturday. That’s followed by games against San Jose and Pacific Division-leading Edmonton.

“I thought the team played really well and we had all kinds of chances to score. A lot of good things happened (Sunday),” Gallant said. “Like I said, thank God this losing streak is over because we have a good team and we are playing well. A lot of good things tonight, so we have to carry it over. We have a big week coming up.”

— Karlsson scored his 74th and 75th goals in his 186th game with the Knights, tied for the eighth-most by a player through a modern-era franchise’s first 200 regular-season games.

Make that 75 goals for @WKarlsson71 with the @GoldenKnights, now tied for the eighth-most by a player through a modern-era franchise’s first 200 all-time regular-season games. #NHLStats https://t.co/dc1iFapJLd

— Pacioretty was on the ice for five of the Knights’ six goals against Calgary. He finished with eight shot attempts (five on goals). 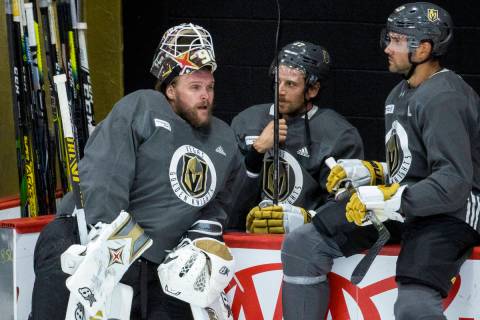 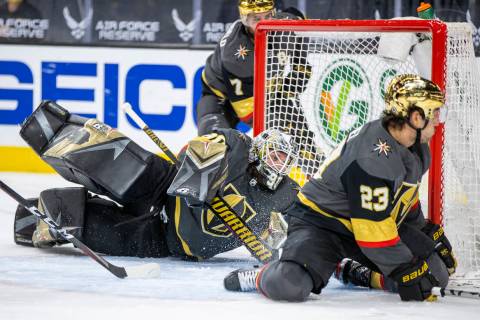 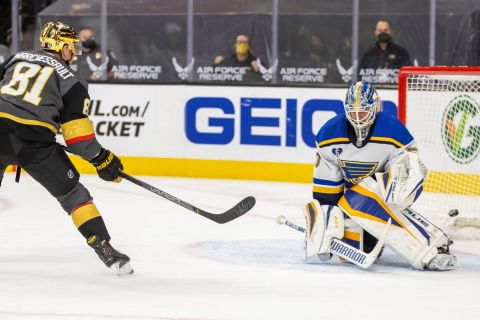