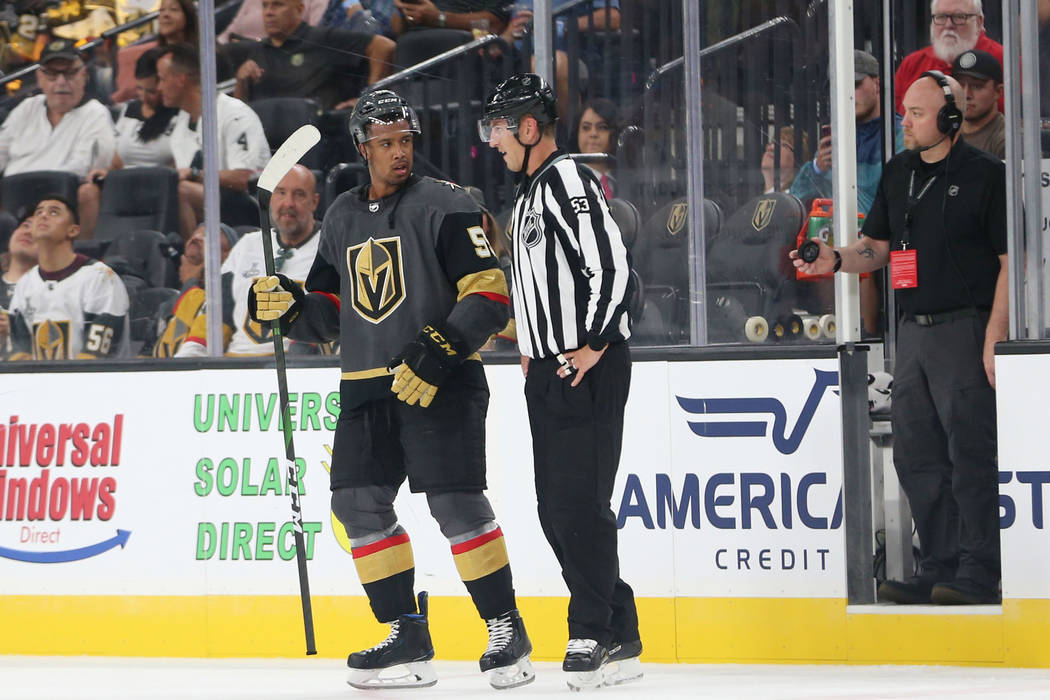 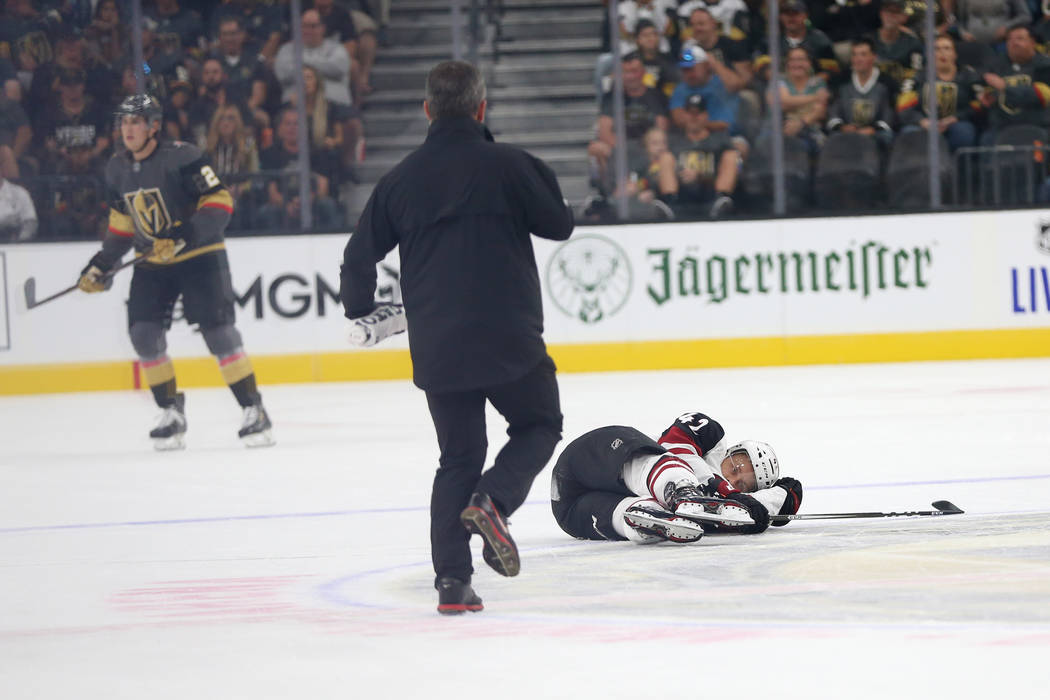 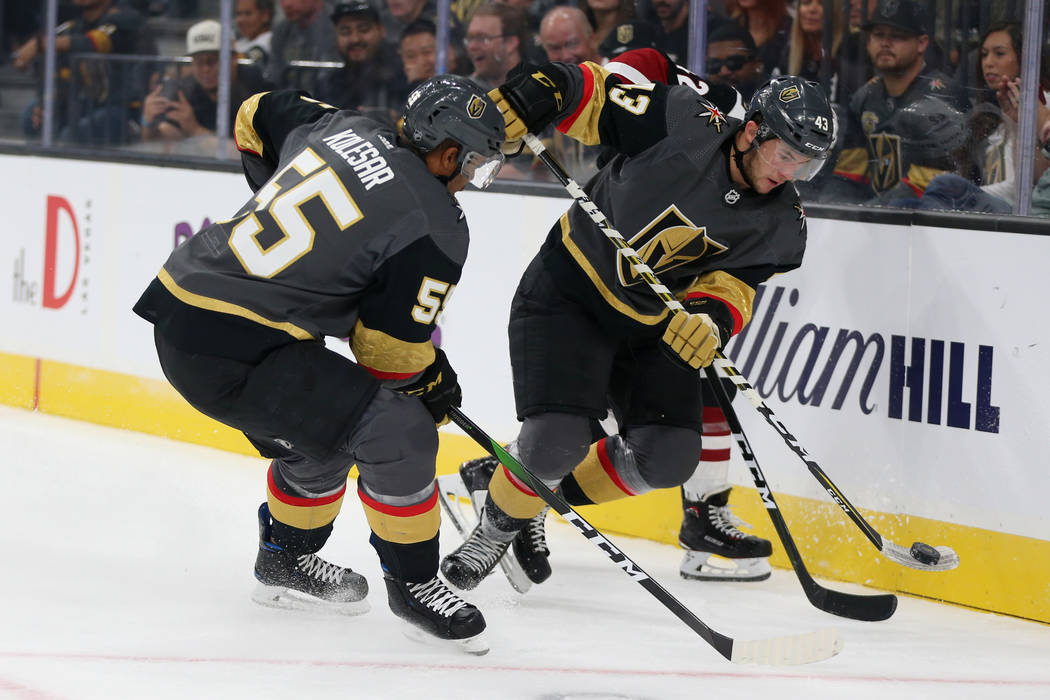 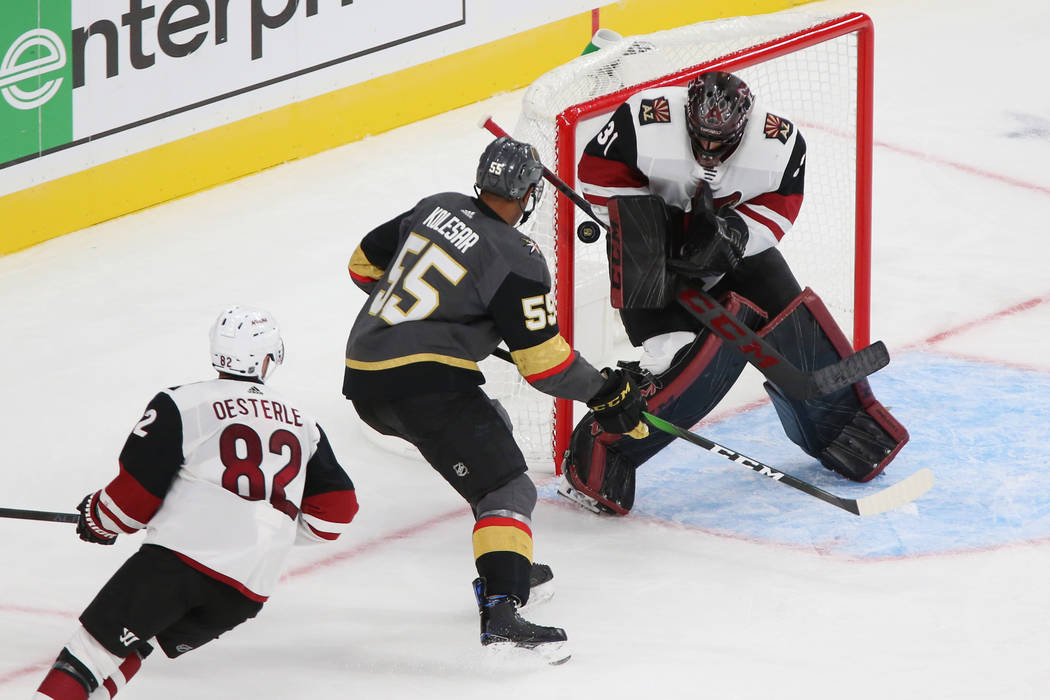 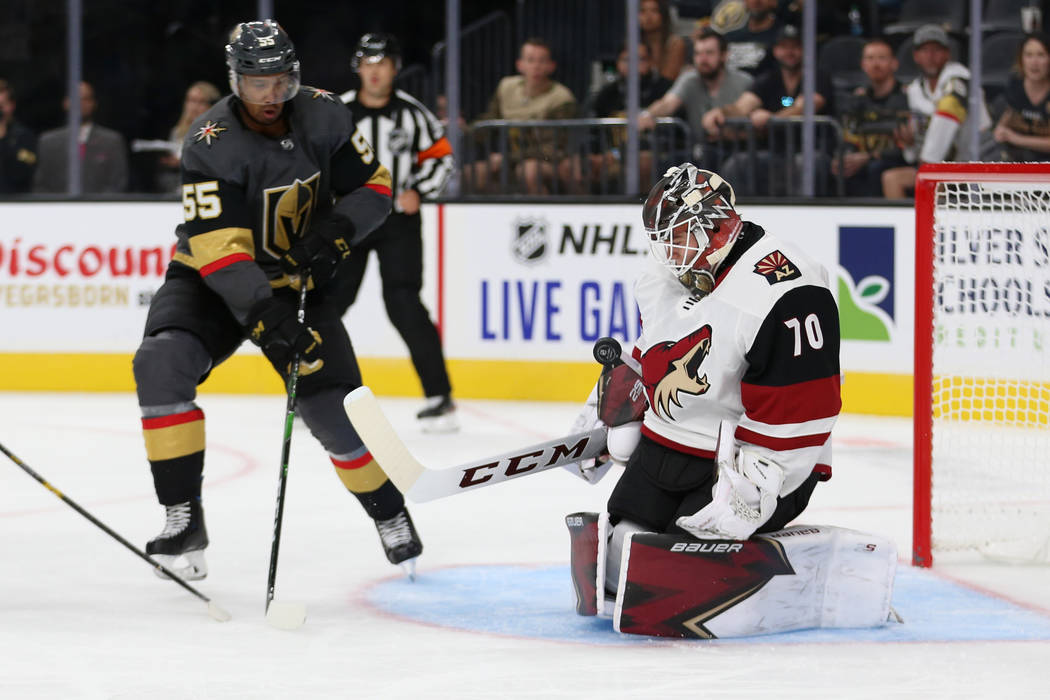 It wasn’t in a way the 22-year-old forward necessarily wanted, but he knows he can’t be timid if he wants to make an impact. Kolesar was penalized for a neutral zone hit on Arizona Coyotes defenseman Aaron Ness in the first period that forced the latter out of the game.

The 6-foot-2-inch bruiser, who had 90 penalty minutes in 74 American Hockey League games last season, regretted the outcome afterward but not his decision.

“Honestly, that’s a part of my game,” Kolesar said. “I have to use my size to my advantage, and when the hit presents itself, I’m going to take full advantage of it. Unfortunately, he got hurt.”

Ness was skating toward center ice when he bobbled the puck and seemed to lose his footing. Kolesar already was skating toward Ness, and his shoulder caught the side of the defenseman’s face. Ness fell to the ice, stayed down for a while, was helped off and didn’t return.

Kolesar left as well after serving charging and fighting penalties. His next shift didn’t come until 6:23 into the second period. The latter penalty came after Coyotes right wing Christian Fischer instigated a skirmish with Kolesar once play was stopped.

“For me, it looked worse than what it was,” Knights coach Gerard Gallant said. “The guy was going through the neutral zone, sort of fumbled the puck, and he leaned forward. Keegan was coming to finish his check on him, and he was pretty low when he hit him. I don’t think there’s anything wrong with it.”

Kolesar should rest easier knowing his coach has his back as he seeks to prove he’s ready for the NHL. The right wing has worked hard to put himself in a position to make the team, speeding up his game to better suit the Knights’ style of play.

He said he’s watched the team’s fourth-line forwards, a group that includes Ryan Reaves, William Carrier and Tomas Nosek, and thinks he can emulate their style of play. He got a good chance to prove that Sunday because he was also given power-play and penalty-kill time.

“I try to keep it as simple as I can,” Kolesar said. “In the American League, (coach) Rocky (Thompson) and the coaching staff keep that in my mind all the time. ‘You’re a high-energy player, you have a big body, you have a good shot. Use your abilities and play with high speed and high pace and try to keep the game simple.’ And that’s what I try to do when I’m up here.”

The Knights’ announced attendance was 17,767 on Sunday after the team averaged 17,833 fans for its four preseason games last season. The club’s young players came away impressed with the atmosphere.

“We fed off the crowd,” defenseman Dylan Coghlan said. “It got us going. I’ve never played in front of 17,000 people before, so that was pretty crazy.”

The team has an opening on defense, third-line left wing and fourth-line center.