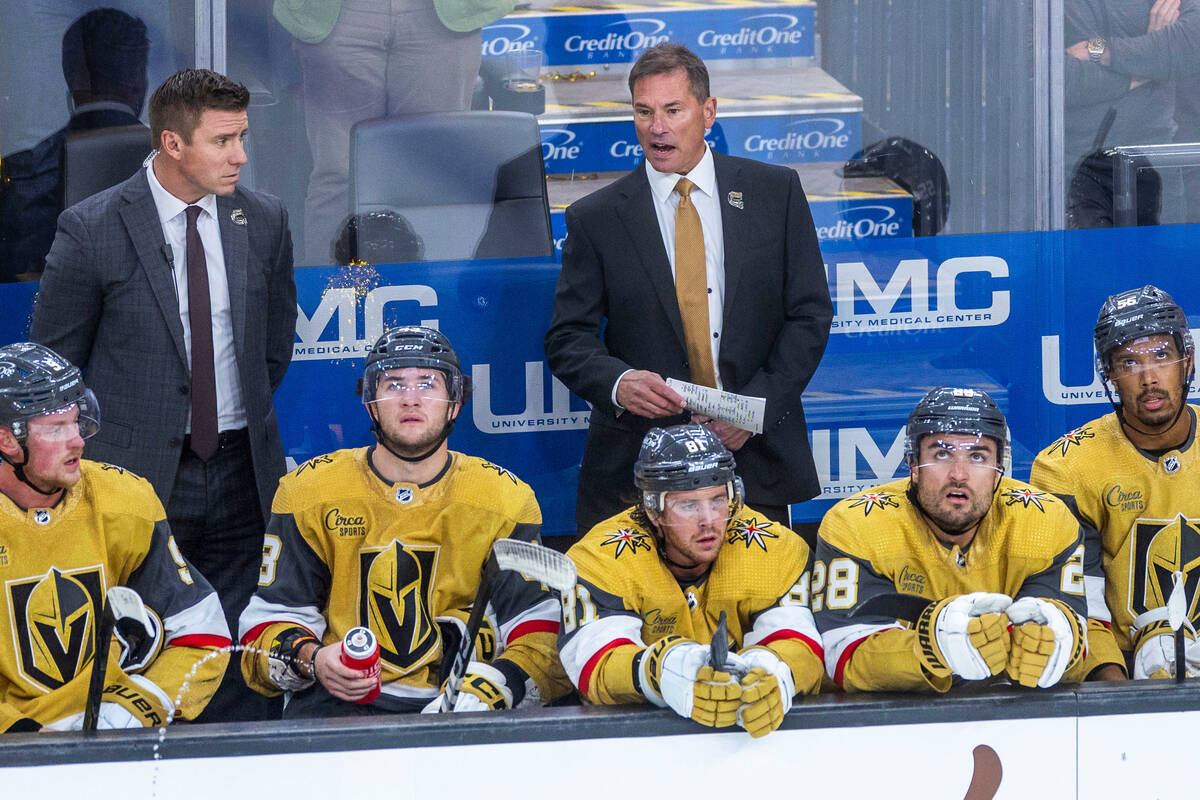 The Golden Knights could feel it happening.

They stretched their winning streak to nine, one shy of the franchise record, but aspects of their game were slipping. It’s only natural. Wins come, teams relax. Focus sharpens after losses, and the Knights didn’t have one for three weeks.

Saturday’s 3-2 home loss to St. Louis offers the team a brief opportunity to reset. The Knights are hoping a competitive practice Sunday and an off day Monday will set them up well for their remaining two games this homestand against San Jose and Arizona, both tied for 25th in the NHL in points.

The Knights knew the Blues game would be difficult coming off an 11-day road trip in eastern Canada and the U.S. But there’s no reason they can’t get another winning streak started with a few adjustments.

“Hard to be perfect for 82,” captain Mark Stone said. “I think we’re in a little bit of a lull, but we’re finding ways to win games.”

The Knights (13-3) showed cracks during their five-game road trip despite going 5-0 on one for the first time in franchise history. Their defense started to look vulnerable after being rock solid to begin the season.

The Knights, despite that, are still second in the NHL in goals allowed per game (2.31) behind Boston (2.19). They also kept winning because they came up with ways to outscore their issues. The Knights are only plus-1 at five-on-five this month, but they have five goals on the power play, three on the penalty kill, two in overtime and one into an empty net.

“We were giving up goals on the road, more than we’d like,” coach Bruce Cassidy said. “I think our guys recognize that, that we got away with some sloppy play here and there on the road. We have good offensive players. We got to find ways to win. If that means outscoring teams some nights, so be it.”

The Knights still hope to tighten up their defensive details the rest of this homestand. Another area they need to work on is their second periods.

Their plus-13 goal differential in the first is tied for the best in the NHL. Their plus-7 rating in the third is tied for fourth-best. They’re minus-1 in the second, which ranks 20th.

The Knights’ second period against the Blues on Saturday was especially poor. They were outshot 19-8, fell behind 3-2 and couldn’t recover in the third despite a strong push.

“I felt like we didn’t break out as clean and we had a lot of turnovers where when you have the long change, it’s hard to get guys off the ice,” defenseman Shea Theodore said. “I think that’s something we can work on, clean up and move forward with.”

The Knights are still happy to be addressing their weak points with a five-point lead in the Western Conference and Pacific Division. They’re already 11 points clear of the playoff cut line with one-fifth of the season completed. They’ve given themselves plenty of cushion even if they’re not always perfect.

“It’s not going to bounce our way for the whole season, right?” center William Karlsson said. “Hopefully we just can get back on the winning track next game.”