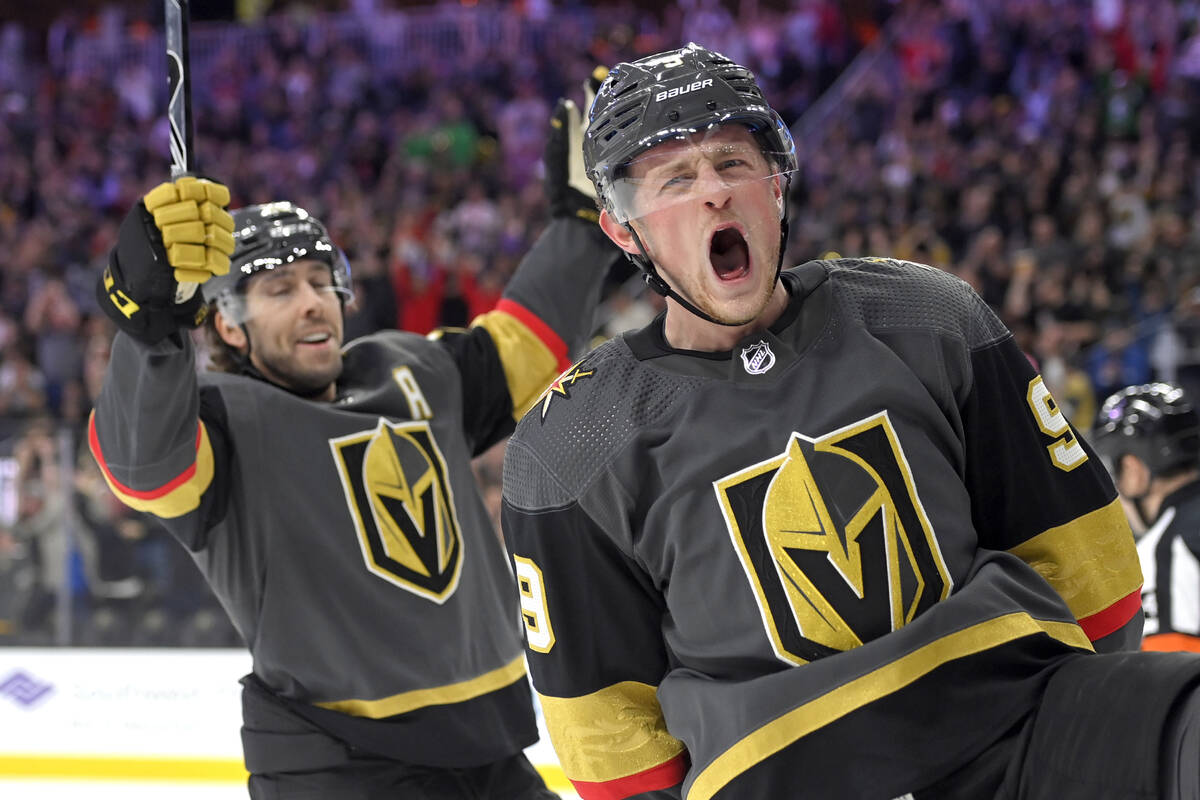 The Golden Knights did find a formula for success on the power play by the end.

Adding center Chandler Stephenson to the first unit April 14 provided a boost once the group got comfortable with each other. He got open for high tips from the bumper spot, and proved adept at picking out rebounds in front of the net.

It was an impressive last gasp. It still didn’t hide the fact the unit provided frustration far more often than scoring throughout the season.

The Knights’ power play, late flurry aside, had another disappointing year and couldn’t produce consistently. It remains a major question mark on the Knights’ path back to Stanley Cup contention.

“I think we have the right personnel to create a good power play,” left wing Max Pacioretty said. “I thought that a guy like (Stephenson) brought our power play to a new level there at the end, and that’s what makes it stings a little bit more is we felt we could have done some damage in the playoffs on the power play, which is an area that was talked about so much last year.”

The Knights’ power play was a major area of concern in the 2021 postseason.

They were 4-for-43 in the playoffs overall and 0-for-15 in their semifinal loss to the Montreal Canadiens. Then, after having an offseason to evaluate things, the Knights started 0-for-19 their first 10 games.

They finished 25th on the power play (18.4 percent), worse than every playoff team except Los Angeles. They got a power-play goal in 30 of their 82 games. That’s despite having seven forwards on the roster that count at least $5 million against the cap and two capable quarterbacks in defensemen Shea Theodore and Alex Pietrangelo.

One issue for the Knights was their top power-play personnel wasn’t often available to them. Three members of their first unit at the end of the year — Pacioretty (39 games), captain Mark Stone (37) and center Jack Eichel (34) — played less than half the season. Units often had to be shuffled, making chemistry harder to come by.

“When you look at top power plays around the league, they’ve been together for three, four, five years,” Theodore said. “I think a lot of that’s consistency and hopefully we can get that.”

The Knights also struggled to create power plays. They finished last in the NHL in penalties drawn with 262. Nashville drew the most at 366. Stone pointed to the offensive zone and said the team didn’t put opponents in difficult situations often enough to force them to take penalties. The Knights had two or fewer power-play opportunities in half their games.

“It impacts your rhythm,” general manager Kelly McCrimmon said. “All of a sudden you’ve gone five games and you haven’t had a power-play goal, which is a real cloud over your team, and you might only have eight opportunities.”

The struggles led to a yearlong search for answers. Assistant coach Steve Spott, who was with coach Pete DeBoer when San Jose’s power play ranked seventh during his tenure from 2015-19, ran the unit to start the season. Assistant coach Ryan Craig, who had the Knights ranked 16th in parts of three seasons before DeBoer was hired, took over in March 6.

The switch did provide a boost. The Knights’ power play scored on 20 percent of its chances under Craig, compared to 17.6 percent with Spott. Nineteen teams had a mark better than 20 percent this season, however.

“We’re going to look at everything,” DeBoer said. “We’ll keep working at this until we get it right and I’m confident we will.”