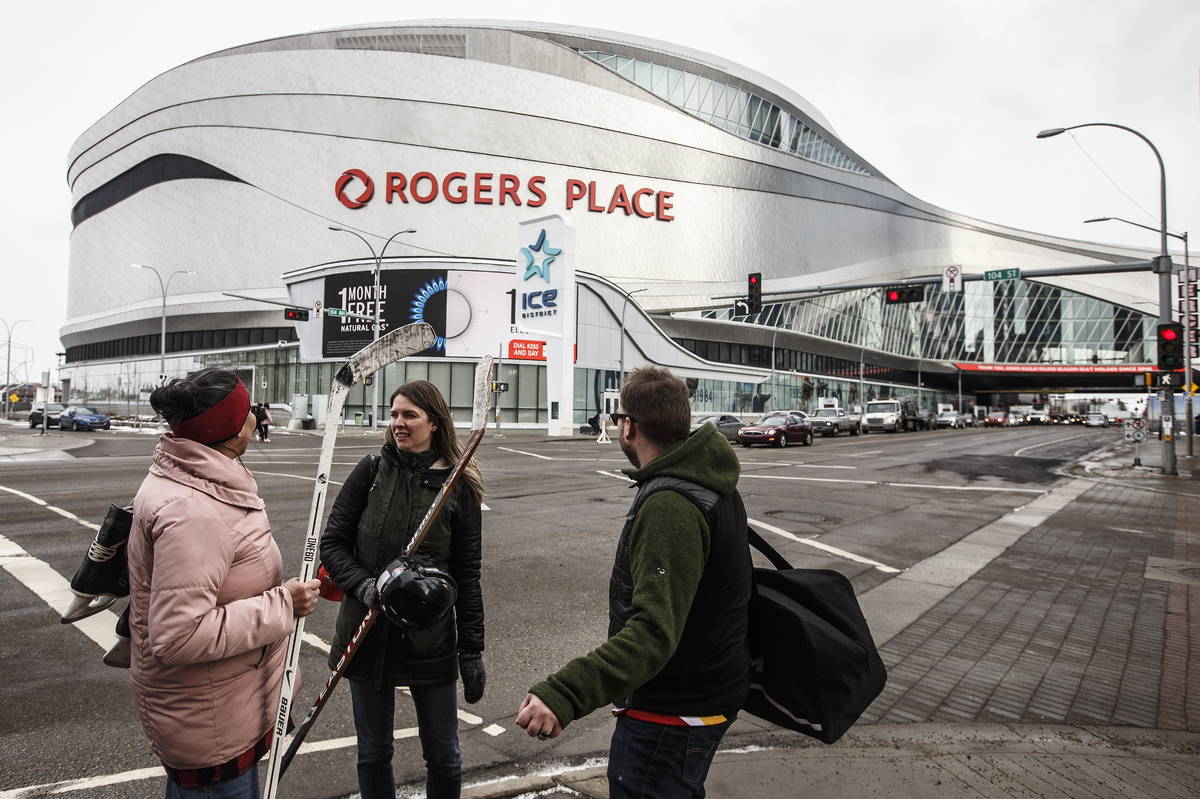 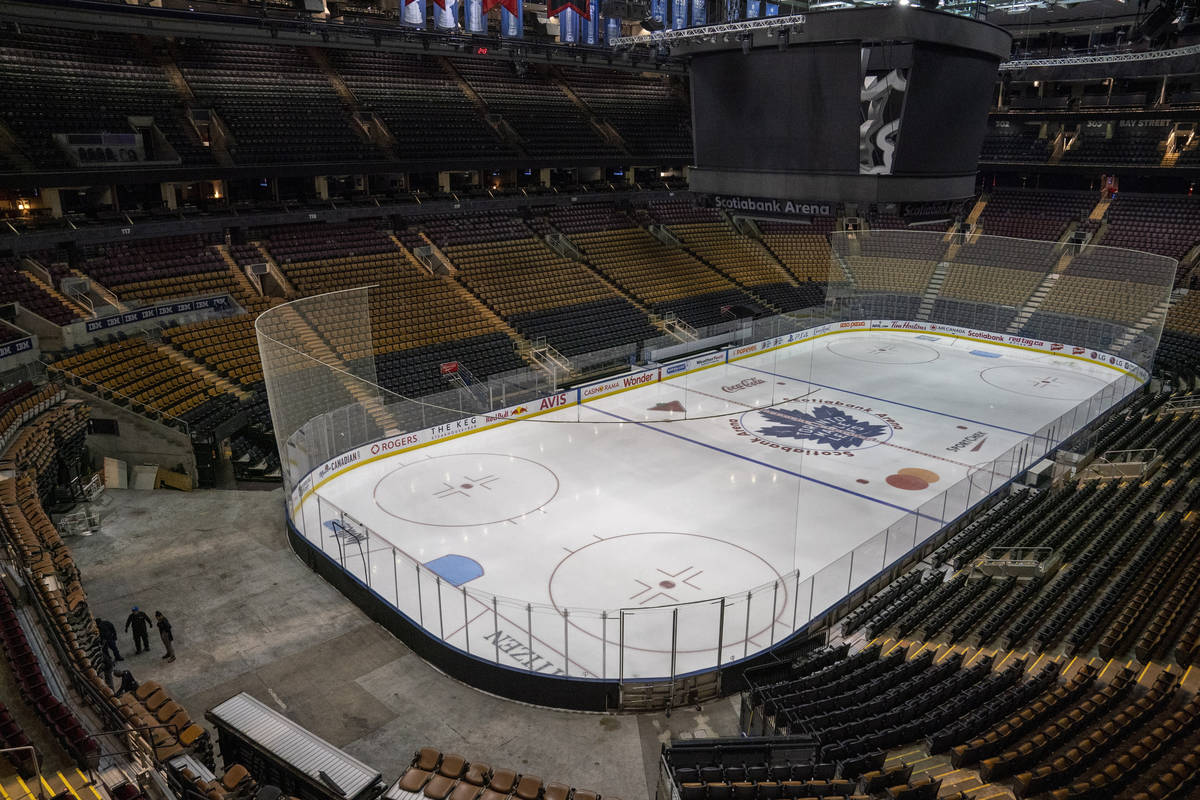 Workers stand by after pausing the assembly of the arena for the Maple Leafs NHL hockey game against the Nashville Predators at Scotiabank Arena in Toronto, Thursday March 12, 2020. (Frank Gunn/The Canadian Press via AP)

Las Vegas will not host the NHL playoffs.

According to a report Monday by The Associated Press, the league selected Edmonton, Alberta, and Toronto to serve as the hub cities for its 24-team postseason tournament, bypassing Las Vegas after a recent spike in new COVID-19 cases in Clark County.

NHL deputy commissioner Bill Daly said in an email that he could not confirm the report.

Las Vegas long had been considered a front-runner to host and was one of 10 finalists along with Chicago, Columbus (Ohio), Dallas, Los Angeles, Minneapolis/St. Paul, Pittsburgh and Vancouver (British Columbia).

The Golden Knights reportedly will join 11 other Western Conference teams in Edmonton on July 26. The qualifying round is scheduled to begin Aug. 1.

The NHL did not announce the hub cities Monday as part of the tentative agreement with the NHL Players’ Association on the return-to-play plan and extension to the collective bargaining agreement.