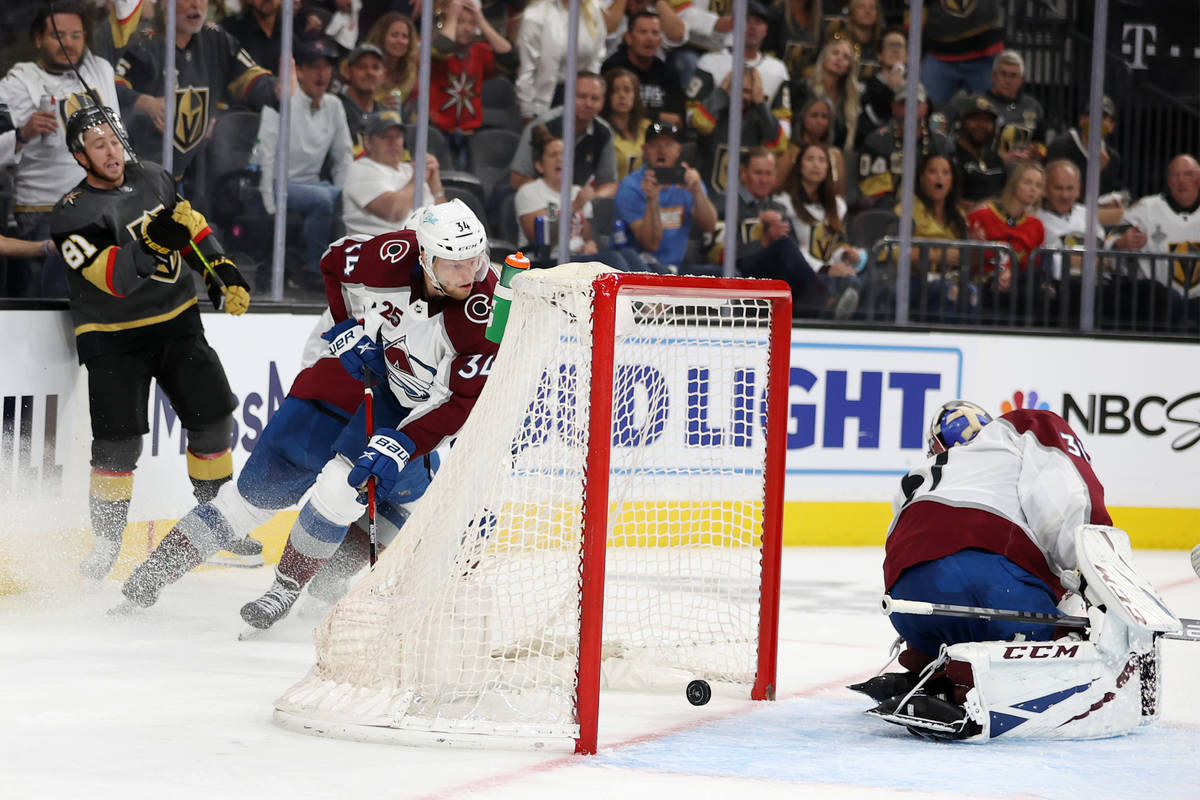 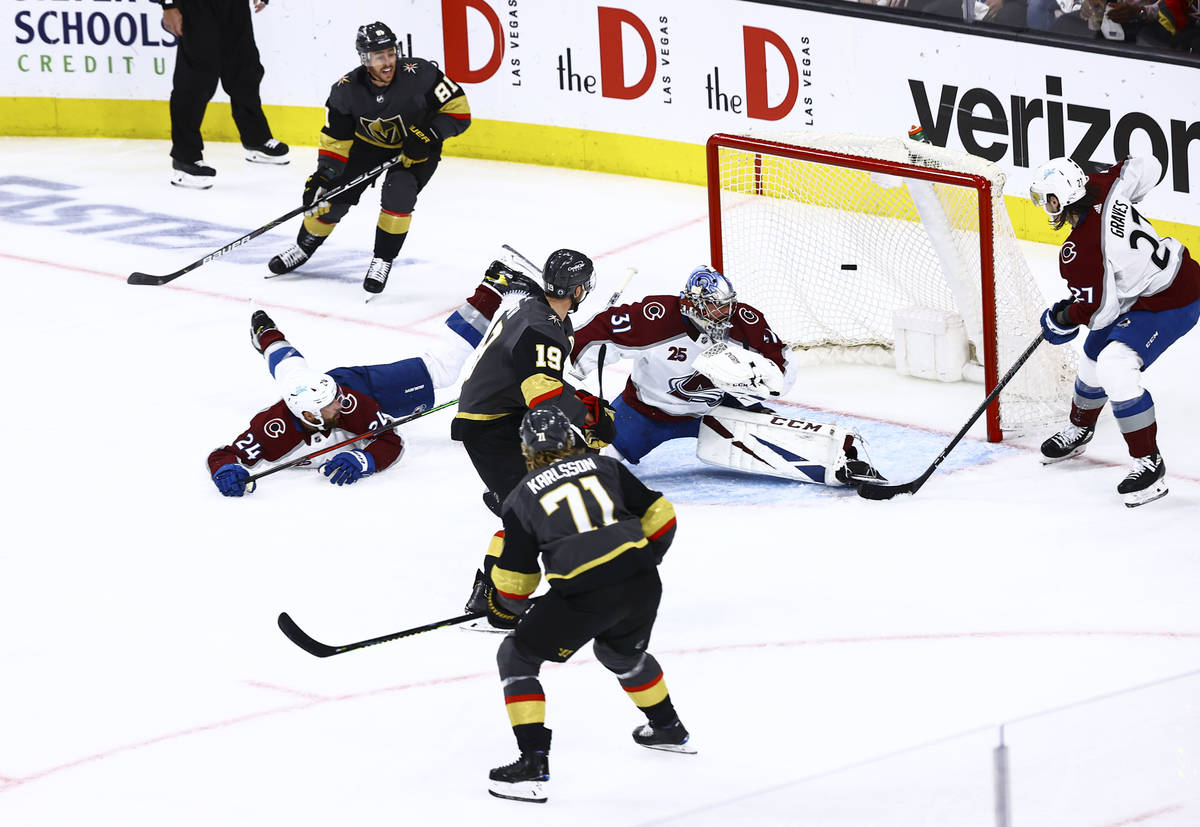 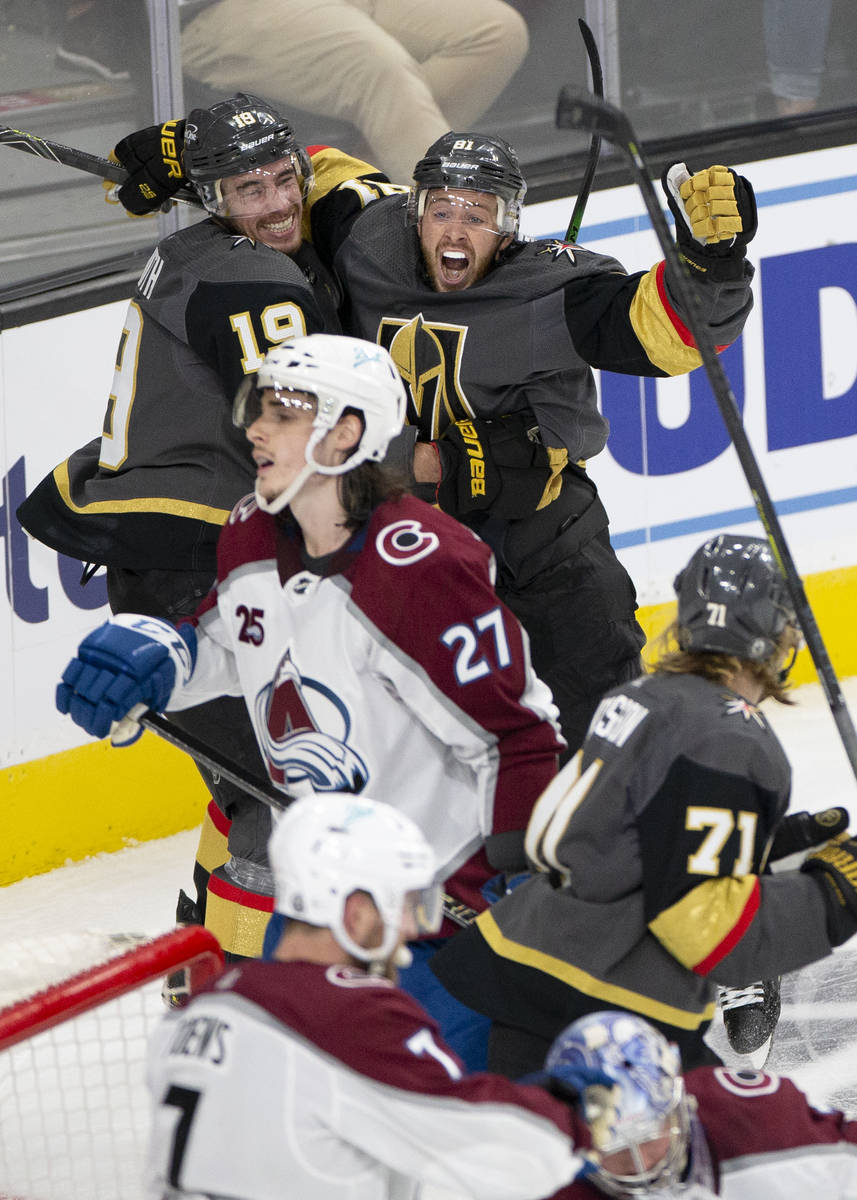 When general manager Kelly McCrimmon built the Golden Knights’ roster, he wanted players throughout the lineup who were capable of contributing during the postseason.

It’s showing in the playoffs. For example, when the Knights needed a goal down 1-0 in Game 2 of their first-round series against the Minnesota Wild, left wing Jonathan Marchessault scored one. When the team needed a goal in the third period of Game 3 against the Colorado Avalanche to avoid going down 3-0, Marchessault delivered again.

And when the Knights had their eyes on a Game 4 victory against the Avalanche to tie the series 2-2 … well, that was also Marchessault who recorded his first postseason hat trick.

The team has gotten more production from up and down its lineup than any other club in the playoffs. But when the Knights have needed a big goal, so often it has seemed as if Marchessault has come through.

The Knights hope that continues when the Quebec native takes on the Montreal Canadiens, the team he grew up watching, in the NHL semifinals. Game 1 is Monday at T-Mobile Arena.

“He’s a little pit bull, and he’s a dressing room glue guy,” coach Pete DeBoer said of Marchessault, who is listed at 5 feet 9 inches. “He’s always talking. You hear him coming before you ever see him round the corner. He’s got a great energy around the rink, loves it, and it’s contagious to our group. When the puck drops, he’s an absolute pit bull. He’s willing to do anything to win a game.”

Marchessault is making important playoff contributions less than a year after he said he was “not really good” in the Knights’ run to the 2020 Western Conference Final.

The 30-year-old had 10 points in 20 games last postseason. He had two in the Knights’ final 11 playoff games, as the team nearly blew a 3-1 second-round lead and lost in five games to the Dallas Stars in the third round.

“I would not like to be a guy that is good in the regular season, and when you come to the playoffs, it’s a tough situation,” Marchessault said. “I worked a lot on myself on being ready for the playoffs, and I take a lot of pride to be ready every game.”

Marchessault’s efforts have paid off. He leads the Knights in goals in the postseason with six and is tied for second on the team with eight points.

Only six players have more goals than Marchessault in the playoffs.

What’s even more impressive about his tallies is how much of an impact they’ve had. Marchessault has a game-tying goal in every game he’s scored in. He erased third-period deficits against Colorado in Game 3 and Game 5.

The Knights could be in similar situations against a Montreal team that has been stingy defensively and has an excellent goaltender. If that happens, they know they have someone they can count on.

“He’s the big-game player,” right wing Reilly Smith said. “He had three goals in that one game, but I think each one of them was really important and relieves a lot of stress on our team. We’ll need something like that in this next series, and I’m sure he’s up to the task.”