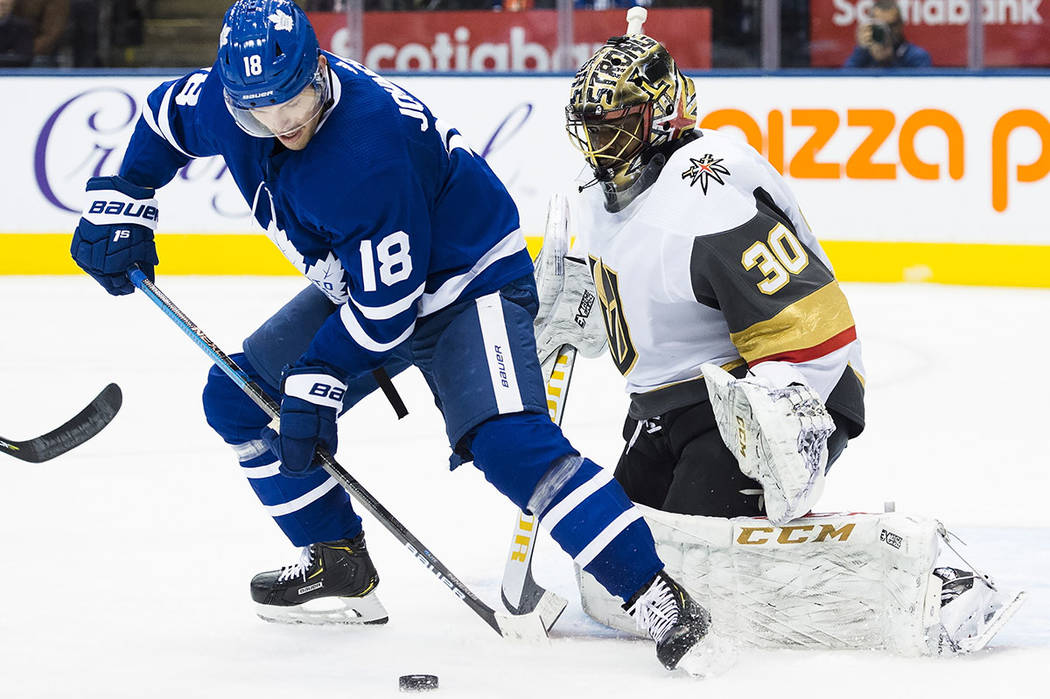 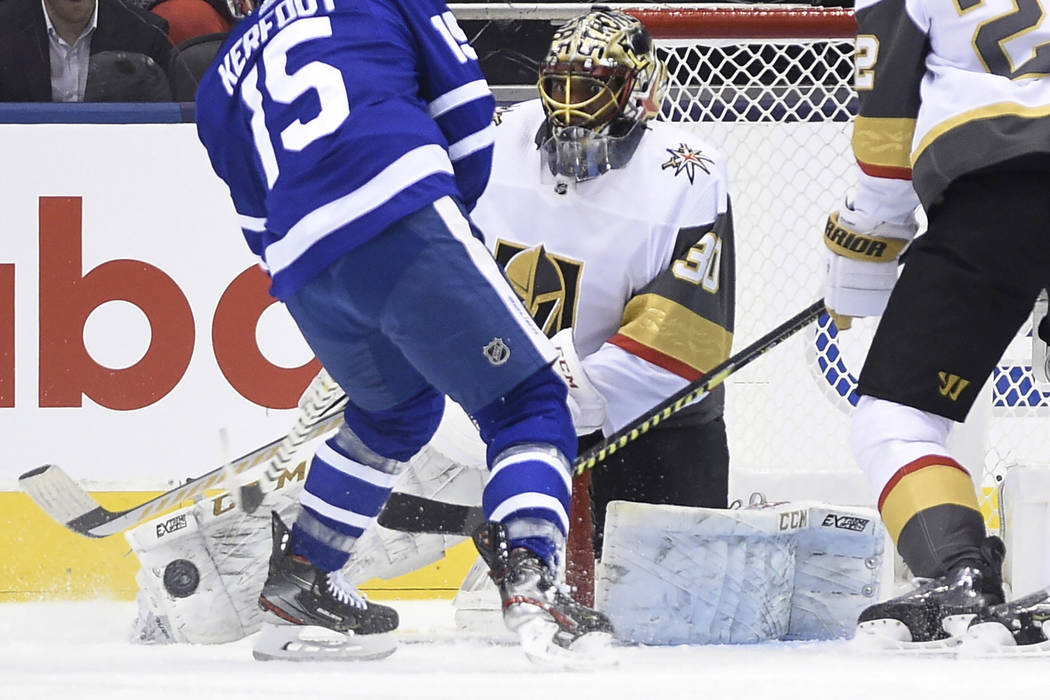 WASHINGTON — The injury to Malcolm Subban in the second week of the season derailed the Golden Knights’ plan to increase the goaltender’s workload.

Now that he’s back, Subban will see plenty of action, according to coach Gerard Gallant.

The Knights play the second game of a back-to-back Sunday in Detroit to wrap up the four-game road trip, and Subban is expected to get the nod after Marc-Andre Fleury started against Washington.

“Fleury plays a lot of games and a lot of big games for us, but this kid is going to have to take some of those games,” Gallant said. “You can’t play a guy 70, 80 games a year, and we have all the confidence in the world in Malcolm. We think we’ve got the best goalie in the league in Fleury, and then Malcolm’s going to get some more games than he’s got in the past. If he keeps playing like this, it’s going to be a perfect setup for us.”

Last month, Gallant defended Fleury’s workload — he’s appeared in 15 of the Knights’ 18 games — by telling reporters he can play “110 games this year as long as he doesn’t practice.”

But the Knights clearly have no intentions of wearing out their starter.

Subban finished with 35 saves Thursday to help the Knights earn a point in a 2-1 overtime loss to Toronto. And he played well in his first start back Nov. 2 against Winnipeg despite losing 4-3 in overtime.

In three appearances, Subban has a 3.29 goals-against average and .9111 save percentage, numbers that are skewed by his injury-shortened start at Arizona on Oct. 10.

“Obviously you want to get your teammates and coaches to trust you that you can play these type of games,” Subban said. “I just try and play. There’s no excuses, whether you’re playing every game or playing not that (many) games. You’ve just got to go in there and try and give your best game and give your team a chance to win.”

The Knights return home after the game against the Red Wings and host Chicago on Wednesday. Then they begin a stretch of 11 games in 20 days, and Subban figures to be busy spelling Fleury.

“If you’re going to go anywhere in the NHL, you need two good goaltenders, and we believe we do,” Gallant said. “We’ve got a great problem to have with Subban being a backup and Marc-Andre Fleury playing the way he’s played the last three years for us.”

On the big screen

The Knights will host a watch party at 2 p.m. Sunday at Topgolf Las Vegas for the game against the Red Wings.