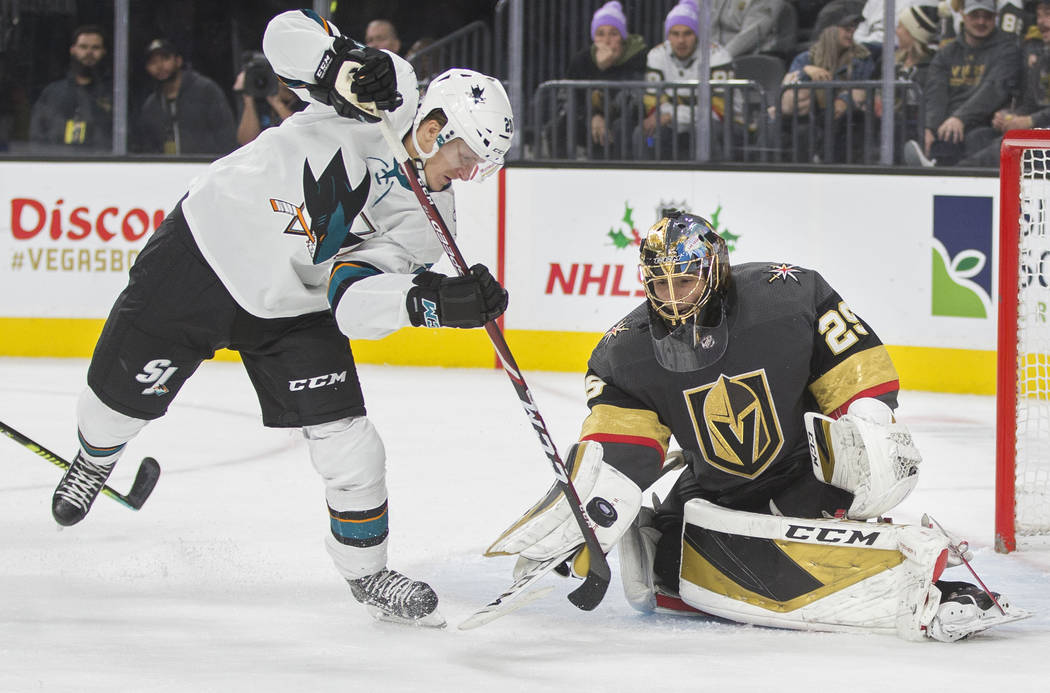 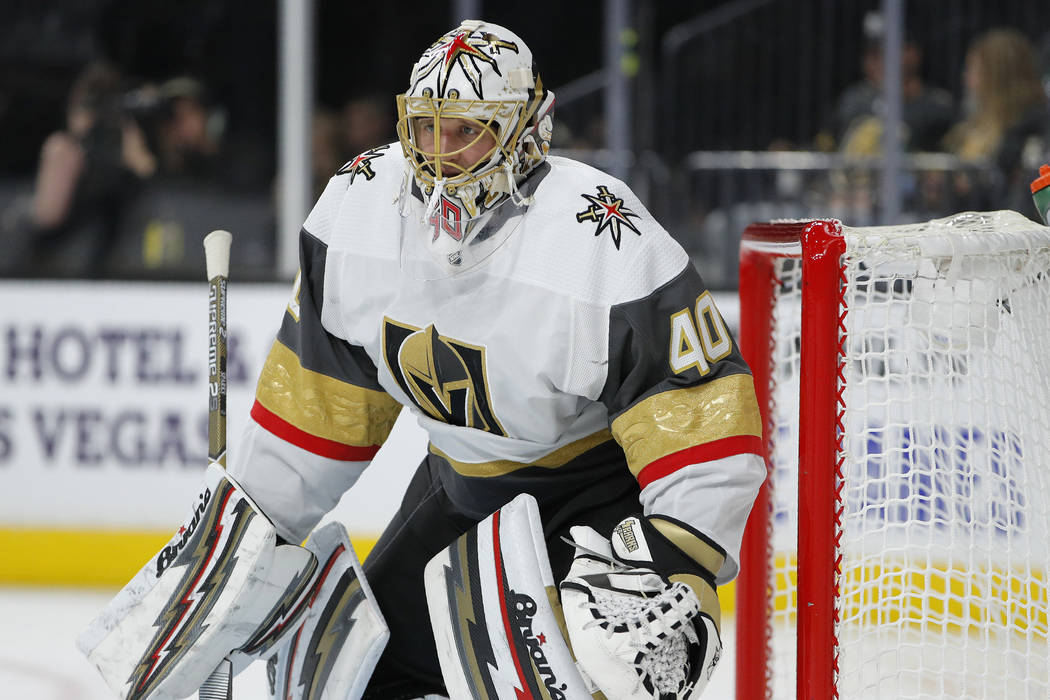 NASHVILLE, Tenn. — The Golden Knights most likely will finish their two-game road trip without Marc-Andre Fleury.

The goaltender left the team Tuesday for his native Quebec because of an illness in his family, a team spokesperson said.

Goaltender Garret Sparks was called up from the American Hockey League’s Chicago Wolves under emergency conditions Tuesday in Fleury’s absence. The Knights play the Nashville Predators at Bridgestone Arena in Nashville on Wednesday, then return home and practice Thursday before a 3 p.m. home game Friday against the Arizona Coyotes.

Fleury is off to a strong start to his third season with the Knights. He is 11-6-2 with a .919 save percentage and 2.54 goals-against average. He made one of the saves of his career Nov. 19 against the Toronto Maple Leafs, diving back from the top of the crease to make a glove save on center Nic Petan in a 4-2 win for the Knights.

But the team has struggled without him. The Knights are 0-5-2 in games not started by Fleury. Primary backup Malcolm Subban is 0-4-2 with a 3.55 goals-against average and .883 save percentage. He started the Knights’ first game on the trip, a 4-2 loss at the Dallas Stars on Monday, and allowed four goals on 28 shots.

Sparks, acquired from the Maple Leafs this offseason, has appeared in one game. He relieved Fleury on Oct. 25 against the Colorado Avalanche during a 6-1 loss and allowed two goals on 14 shots in 27:24.

Sparks has a 2.45 goals-against average and .927 save percentage in 12 games for the Wolves.