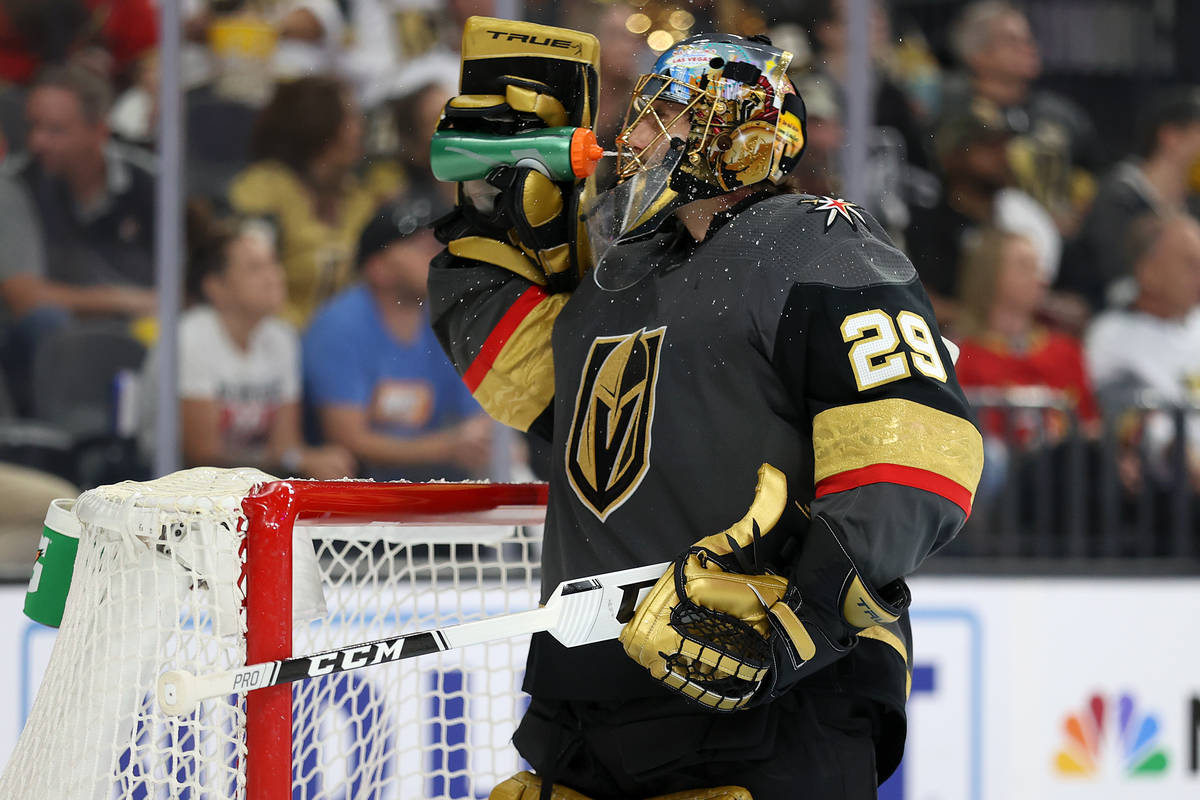 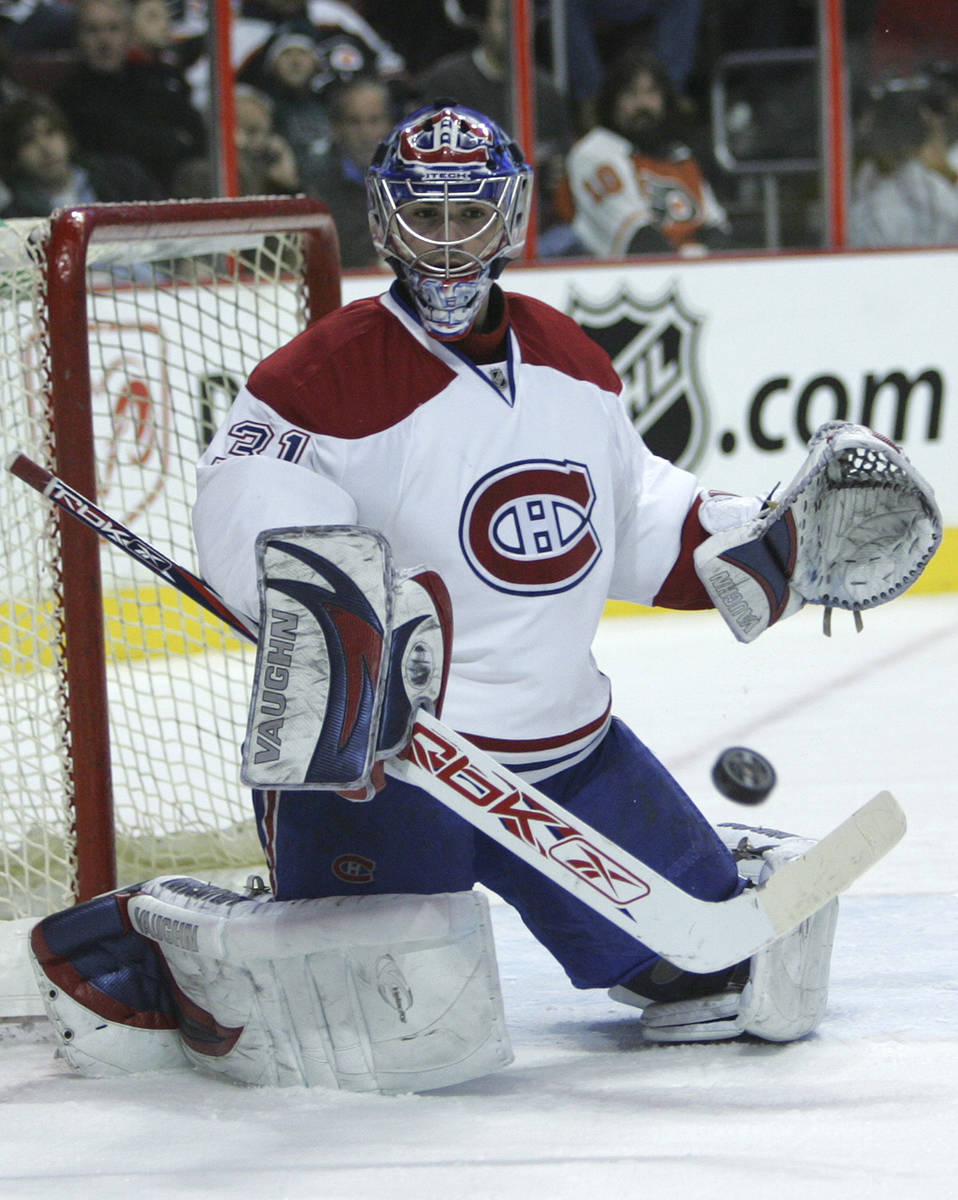 Montreal Canadiens' goalie Cary Price deflects the puck on a shot by the Philadelphia Flyers in the second period of their hockey game Thursday, Dec. 13, 2007, in Philadelphia. (AP Photo/Rusty Kennedy)

The only thing standing between Marc-Andre Fleury and a sixth trip to the Stanley Cup Final is his childhood team.

Fleury, who was born about 85 kilometers (53 miles) from Montreal, grew up as a Canadiens fan and admitted Saturday he’s kept following the team throughout his career.

That’ll all get wiped away once the Golden Knights goaltender steps into the crease. Fleury has far loftier goals than just putting on a good show back home.

“We’re all hungry to win it,” Fleury said. “Vegas has been so fun to play here. The fan base and the atmosphere we get from the building makes it a lot of fun. I want to bring a winning season here to Vegas.”

Fleury, who ranks fourth all-time in playoff wins with 89, has pretty much seen it all in his postseason career.

He’s even faced Montreal once before. In 2010, he had an .892 save percentage that series as the Canadiens defeated his Pittsburgh Penguins in seven games.

Fleury is a much different goaltender than he was back then at 25-years-old. He has experience dealing with the punches the playoffs can bring.

He made a mistake on a goal in Game 5 of the Knights’ last series against the Colorado Avalanche and bounced back to stop 19 of the next 20 shots he faced.

He admitted postgame he probably would have handled the situation differently earlier in his career. The same could be said for facing his hometown team.

“A young goaltender just getting into the league or early in his career, for sure, that situation can be overwhelming,” coach Pete DeBoer said. “You’ve got an experienced guy that’s got multiple Stanley Cups. He’s been in these situations before. For me, that’s not a concern. He’s more than prepared to deal with all that.”

The Knights will have to hope Fleury brings his best game to the NHL semifinal because they know their opponent’s goaltender likely will.

The series pits Fleury against Carey Price. The two are among the most decorated goaltenders in the NHL. Fleury has won three Stanley Cups and finished in the top-10 of the Vezina Trophy voting five times, including this year when he’s a finalist. Price has won a Vezina — in 2015, the same year he won the Hart Trophy for league MVP — and finished in the top 10 of the voting an additional six times.

Having the two together in the same series should lead to a master class in goaltending. Price leads the NHL in save percentage in the playoffs at .935. Fleury ranks second in goals-against average at 1.91.

“He’s out there all the time working as hard as everyone in practice. He’s competitive every time he steps on the ice,” Smith said. “I think it was shocking for me the first year to see that from a veteran goalie … but since then (I’ve learned) it’s just how he is.”

Those habits are why Fleury ranks third all-time in regular season wins and is three wins away from tying Grant Fuhr for the third-most in playoff history. That means tying and breaking Fuhr’s mark is in play this series against Montreal.

It wouldn’t be a bad milestone for Fleury to hit against the team he grew up rooting for, or against an opponent as respected as Price.

“Obviously we won’t be able to see family or friends, nothing like that,” Fleury said. “But I’m still looking forward to it. I think it’s going to be a great series. It’s going to be intense. It should be a lot of fun.”