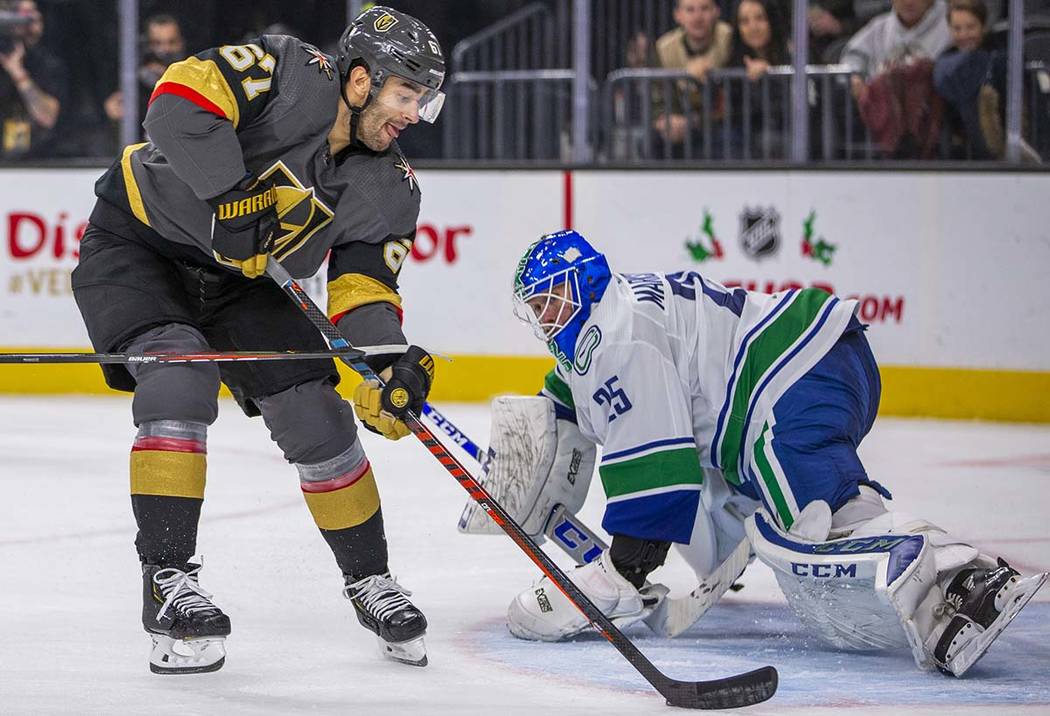 Max Pacioretty hit a post in the second period Sunday against the Vancouver Canucks. That’s the worst thing you could say about his game.

The Golden Knights left wing’s effort in the 6-3 victory was another tour de force performance in a season full of them. He recorded two goals and two assists and had at least four points for just the fifth time in his 728-game career. It continued a season-long theme for Pacioretty: After an underwhelming first year in Las Vegas, the 31-year-old is suddenly at the peak of his powers.

“He’s a true goal scorer,” said Mark Stone, who plays on the wing opposite Pacioretty on the Knights’ second line. “He’s a 30-to-40 goal scorer in this league, he always has been. It doesn’t really surprise me. It was only a matter of time before he started scoring like this.”

All after stumbling at the beginning of his Knights tenure. Pacioretty only had 40 points last season due to a variety of factors as he adjusted to a new city, team and style of play after 10 seasons with the Canadiens.

He dealt with injuries as well, and it all added up. This offseason there was a lot less to worry about.

“Like we’ve talked about, last year was a bit tougher because he came in late in training camp and he was moving his family and all that stuff,” coach Gerard Gallant said. “This year he’s comfortable, he feels real good and he’s playing awesome.”

Awesome is certainly one way to describe it. Pacioretty is skating better. His wrist shot is sharp. His passing has been excellent. That was all on display Sunday.

Then Pacioretty started finishing himself. His showed off his wheels on the Knights’ fifth goal after the Canucks had cut their deficit to 4-2 in the third period. He managed to skate by two defenders while racing from the defensive zone to the offensive zone, and then beat goaltender Jacob Markstrom with a backhand move.

He pulled the same trick on Dallas Stars goalie Ben Bishop for an overtime winner Friday.

“Let’s not talk about it too much,” Pacioretty said. “I just joked that I don’t want to be on team’s pre-scout for deking so I got to keep them honest and shoot a little bit more too.”

Pacioretty finished the night with one more goal on a wrist shot from the middle of the right circle. It capped off his best statistical performance as a Knight, and showed just how far he’s come in just a year.

“I think I’ve gotten my opportunities pretty much the entire year,” Pacioretty said. “I’m obviously playing on a really good line with two really good players (Stone and Chandler Stephenson) and getting a lot of opportunities. That’s kind of my job is to make sure I finish those opportunities.”