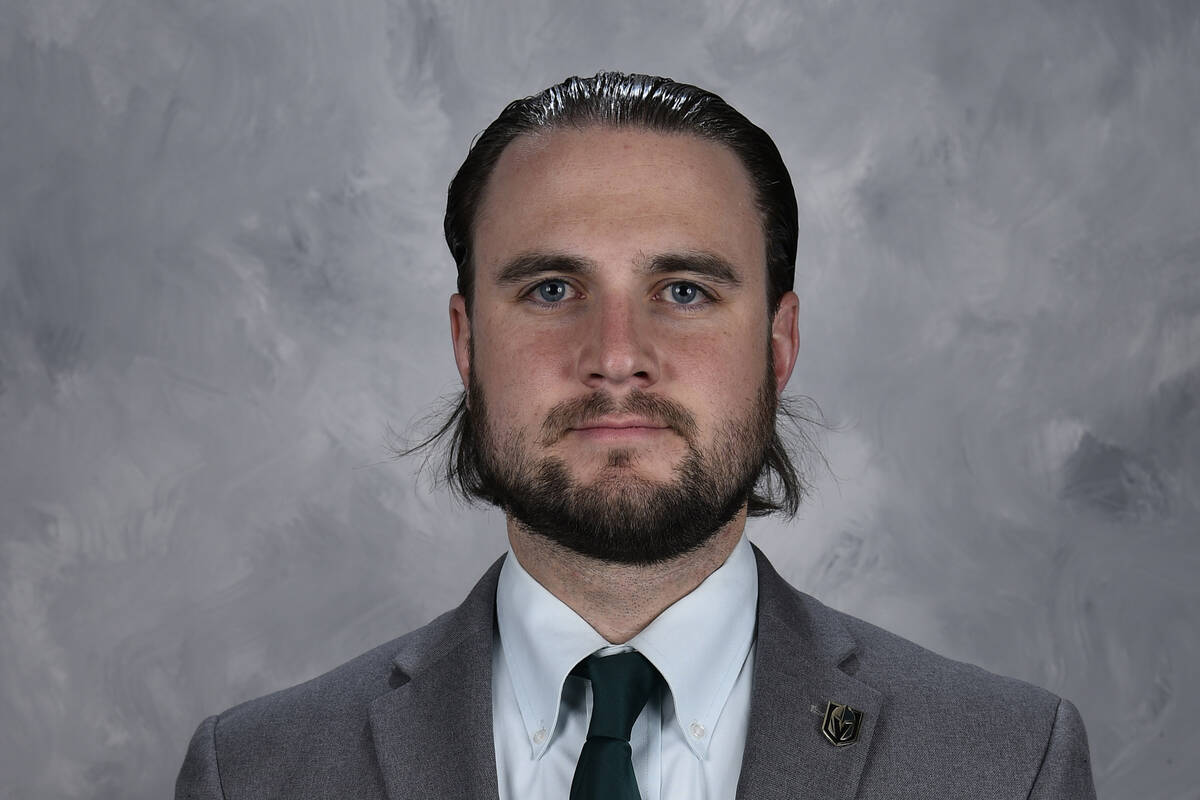 Walk into Andrew Lugerner’s office at City National Arena at any given time and the scene is almost certain to be the same.

He will be sitting at his desk, laptop open, with at least five to seven spreadsheets on the screen.

“When something happens, there’s rarely ever a surprise,” Lugerner said. “We’ve almost always thought of it.”

The Golden Knights are one of the dozen or so NHL teams that tip-toe the salary cap tightrope on an annual basis in pursuit of a Stanley Cup.

Since entering the league, they’ve expertly navigated a convoluted system, finding creative ways to squeeze in big-dollar contracts or accruing daily cap space that enabled them to upgrade at the trade deadline.

The person performing that balancing act behind the scenes is Lugerner, whose title is officially director of hockey legal affairs. But he’s better known as the “capologist” for the Knights.

“Andrew’s role is tremendously important,” general manager Kelly McCrimmon said. “No decisions are made without significant input from Andrew what the ramifications will be with respect to the salary cap, both in the short term and the long term. There’s a lot of variables that go into any hockey decision, and that’s where his role is invaluable.”

Passion for the job

Lugerner was an avid sports fan growing up in Potomac, Maryland, and had attended a game at every NBA, NFL, NHL and Major League Baseball stadium/arena as of Jan. 1, 2016.

After a two-year stint with the nonprofit Teach For America, Lugerner was deciding whether to attend law school at UCLA and was introduced to several alumni who sold him on the program. Among them was the wife of Don Fishman, the assistant general manager and director of legal affairs for the Washington Capitals.

Lugerner and Don Fishman shared the same hometown and law school along with a passion for hockey. The two made an immediate connection, and Lugerner spent two summers as an intern with the Capitals working for Fishman on salary arbitration cases.

For one case, Lugerner traveled to Toronto on his own dollar to be part of the hearing.

“He has such a passion for it that I knew he would be successful wherever he ended up,” Fishman said. “Once he started at a law firm, I was always trying to think of him to help him reach his goal of working for an NHL team.”

Lugerner graduated from UCLA in 2013 and worked as an associate at Latham & Watkins in New York, primarily handling mergers and acquisitions deals.

When George McPhee was hired as the Knights’ general manager in 2016, he reached out to Fishman to recommend someone for the expansion team’s all-important role of salary cap expert.

“He was certainly inexperienced, but he’d been to law school and worked for a big firm in New York and had a mathematical mind and the intellectual firepower to do the job,” said McPhee, now the Knights’ president of hockey operations. “And because he was being recommended by Don, that was good enough for me.”

Lugerner moved into the Palms casino after being hired, and the former math teacher spent a year learning the intricacies of the collective bargaining agreement and salary cap.

He also studied the key components of team building and identified the pitfalls to becoming a contending team. During the mock expansion drafts held inside the Knights’ war room, Lugerner served as the expansion rules expert while monitoring the impact each pick would have on the salary cap.

The Knights exited the expansion draft with a roster that would go on to reach the Stanley Cup Final, cap space to weaponize and a war chest of assets.

Lugerner proudly noted that recently signed defenseman Daniil Chayka was drafted in the second round this summer with a pick that originally came from New Jersey for Nikita Gusev.

“So here we are five years later, we’re still bearing fruits from that,” Lugerner said. “My role, I always see myself as taking the long view because I want to make sure we keep showing up every year with a team that can contend for the Stanley Cup. Because if you stop showing up, you stop having a chance.”

Since their inaugural season, the Knights have spent to the salary cap ceiling and beyond, with Lugerner crunching the numbers.

Along with managing the club’s day-to-day salary cap strategy, Lugerner, 35, handles player contract negotiations. That means it’s his duty to hammer out deals such as Mark Stone’s eight-year, $76 million extension in 2019, then fit that salary under the cap.

“You’re sometimes on an island because he’s dealing with an agent and we’re putting some pressure on him to get a deal done,” McPhee said. “It’s not an easy job.”

Lugerner helped execute the Knights’ salary cap strategy during the 2019-20 season when Nicolas Roy and others were shuttled back and forth to the American Hockey League as often as possible to accrue salary cap space.

That allowed the Knights to acquire goaltender Robin Lehner, and Lugerner figured out how much salary needed to be retained by Toronto for the deal to get done.

“It was to thousands of dollars within what we needed to make it work,” he said.

He projected the Knights would have to make roster sacrifices in some games and went through the history of every team that dressed short in the salary cap era to help McPhee and McCrimmon make an informed decision.

“I think people really look up to the job Vegas and Andrew have done in navigating the salary cap,” Fishman said, “and not only on a day-to-day basis but on a year-to-year basis and doing contracts with some big-name players and how to fit that within the cap.”

Managing the salary cap this season doesn’t figure to be as complicated for Lugerner, with forward Alex Tuch ticketed for long-term injured reserve after offseason shoulder surgery.

But the Knights remain one of the league’s most aggressive teams and always have something brewing that will keep Lugerner on his toes.

“Andrew has pulled rabbits out of his hat,” McPhee said. “We tell him who we want, and he finds a way to make it happen. And to date, he’s made it all happen. We’ve done some real gymnastics with the salary cap, but it’s never going to be an obstacle for us.”