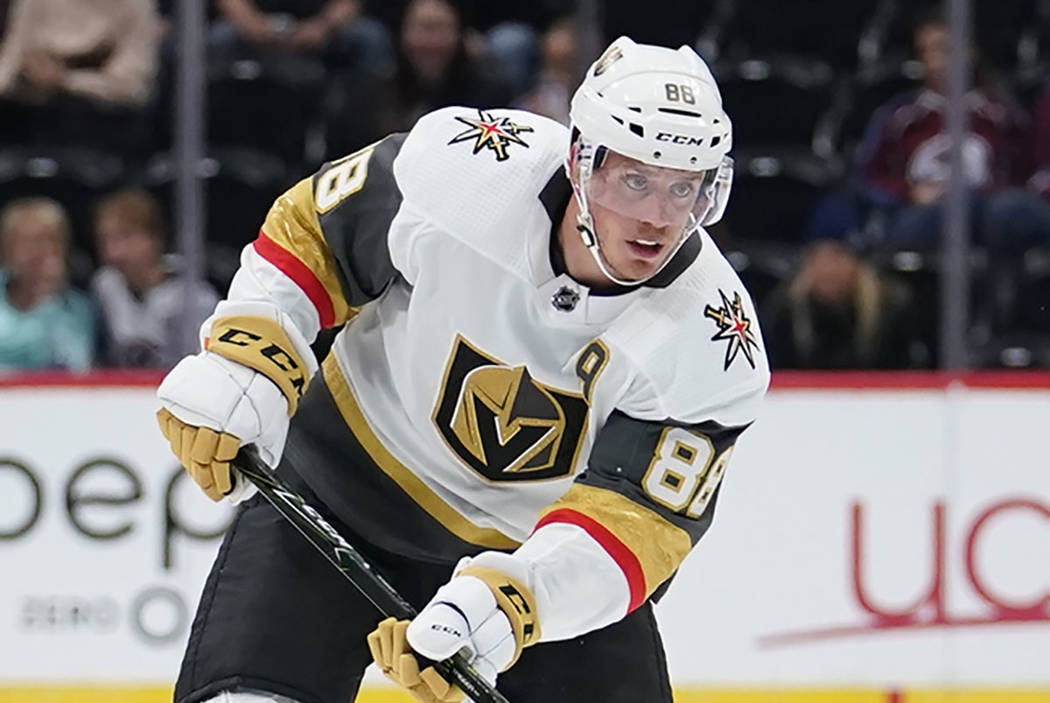 Schmidt, who was suspended 20 games at the start of the 2018-19 season after testing positive for a performance-enhancing substance, is working with the NHL Players’ Association to raise the league’s minimum standard for a PED violation, according to a report by ESPN.com.

His efforts are part of the ongoing talks for a new collective bargaining agreement between the league and players’ association, ESPN.com noted.

The league and NHLPA recently declined to exercise their option to reopen the CBA, ensuring the current deal runs through the 2021-22 season.

The Knights did not practice Monday and Schmidt was not available to the media. Matt Keator, Schmidt’s agent, could not be reached for comment.

Schmidt was suspended Sept. 2, 2018, for violating the NHL/NHL Players Association Performance Enhancing Substances Program. He was the first NHL player suspended under the testing program since 2016 and the sixth since it began in 2005.

Schmidt cited “environmental contamination” as the reason in his statement after his suspension was announced. His appeal was denied by an independent arbitrator.

“One of the experts in environmental contamination who testified on my behalf at the appeal hearing described the amount of the substance found in my system — 7 billionths of a milligram/mL — as the equivalent of a pinch of salt in an Olympic-sized swimming pool,” he said at the time.

The CBA prevents Schmidt, the NHLPA and the league from disclosing the substance for which he tested positive.

The Knights backed Schmidt throughout the process. The club said in a statement last September it believed the presence of a banned substance in Schmidt’s system was “accidental and unintentional.”

Schmidt signed a six-year, $35.7 million contract extension Oct. 24 while he was serving his suspension. In 61 games after his return, Schmidt posted 30 points, including a career-high nine goals.

“I hope to help guys understand,” Schmidt said Nov. 7, the first day he was allowed to practice during his suspension. “I talked to as many guys as I could about my experience and what to do. I just don’t want this to happen to anybody else, and I’m going to try my hardest to make sure it doesn’t. I don’t want someone to have to go through what I did. It’s not fair to guys.

“I’m all about keeping our game clean, and I told them in the beginning, ‘Test me every day if you want to.’ The whole time. It wasn’t something that I was trying to shy away from. I want to be able to work with the league and the PA and put something together because I don’t want this to happen to anybody else. If I have to be the guy that it happens to for it to never happen again, that’ll be OK with me. I can live with that.”