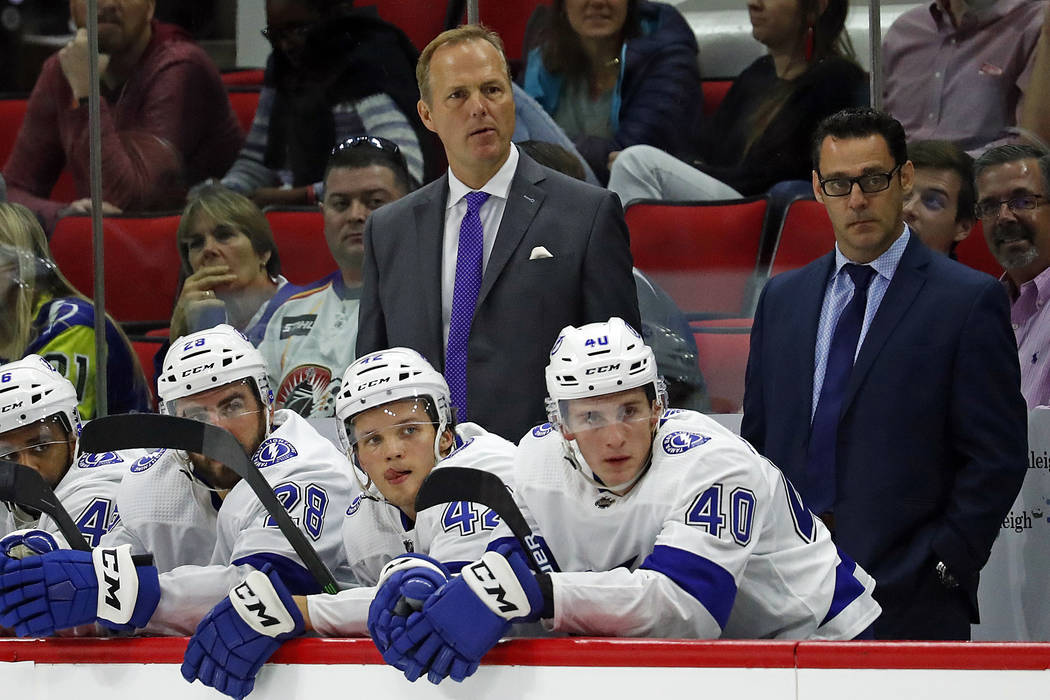 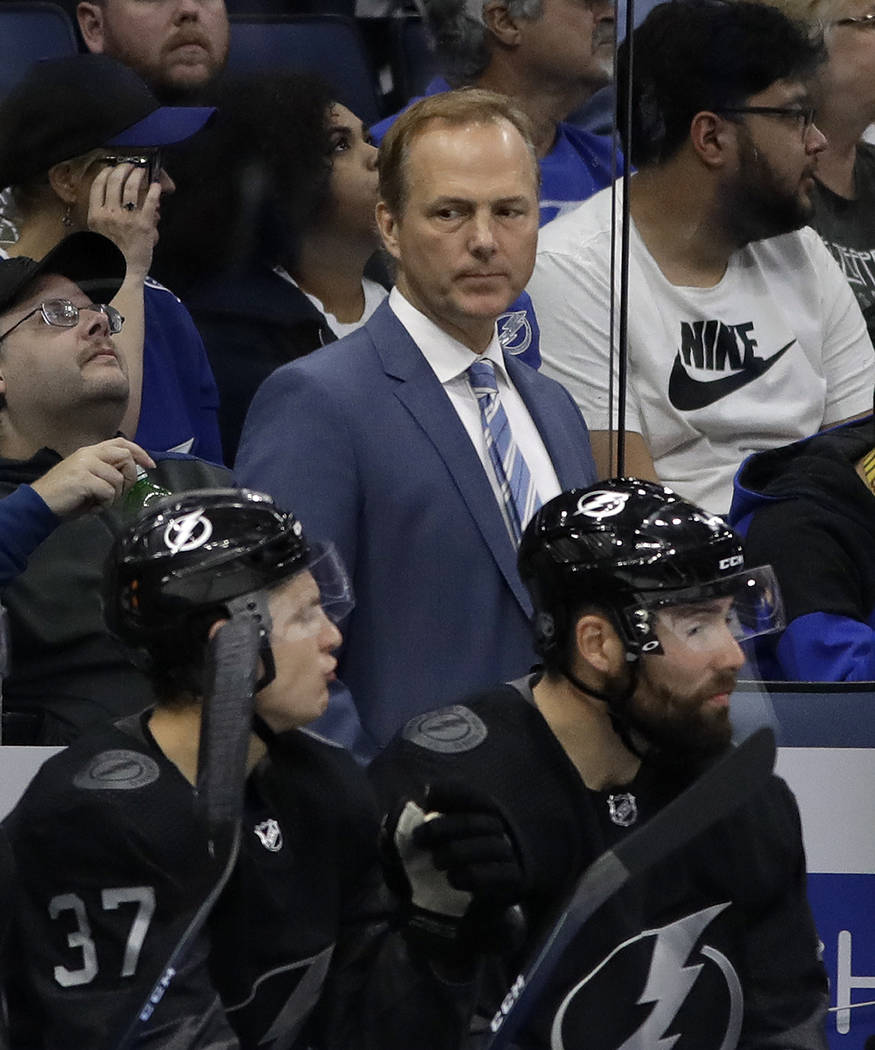 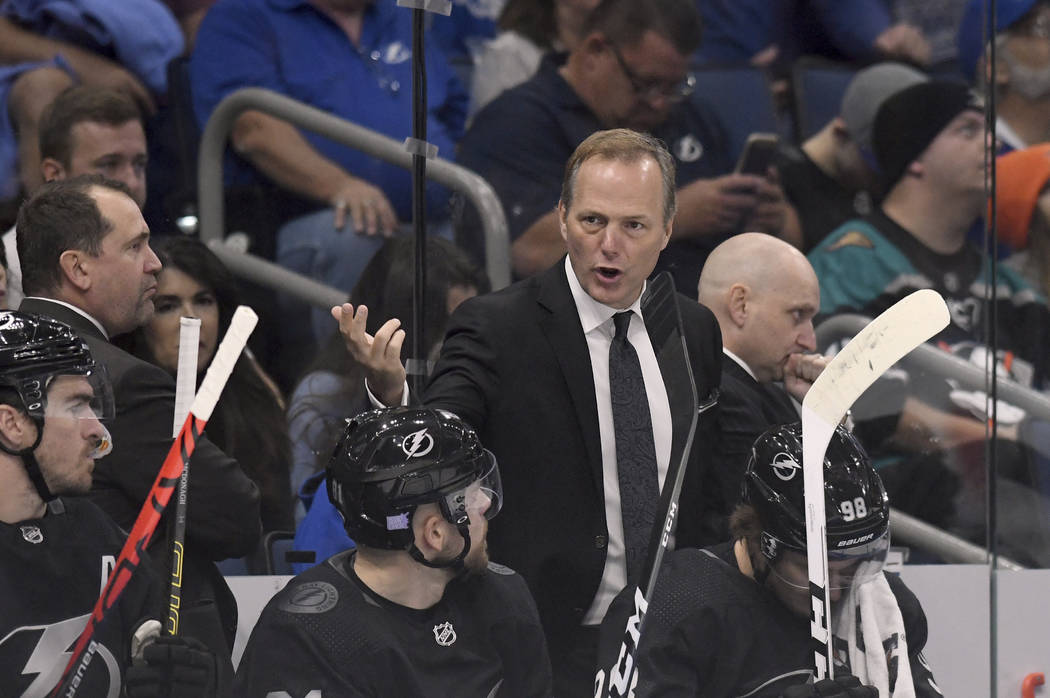 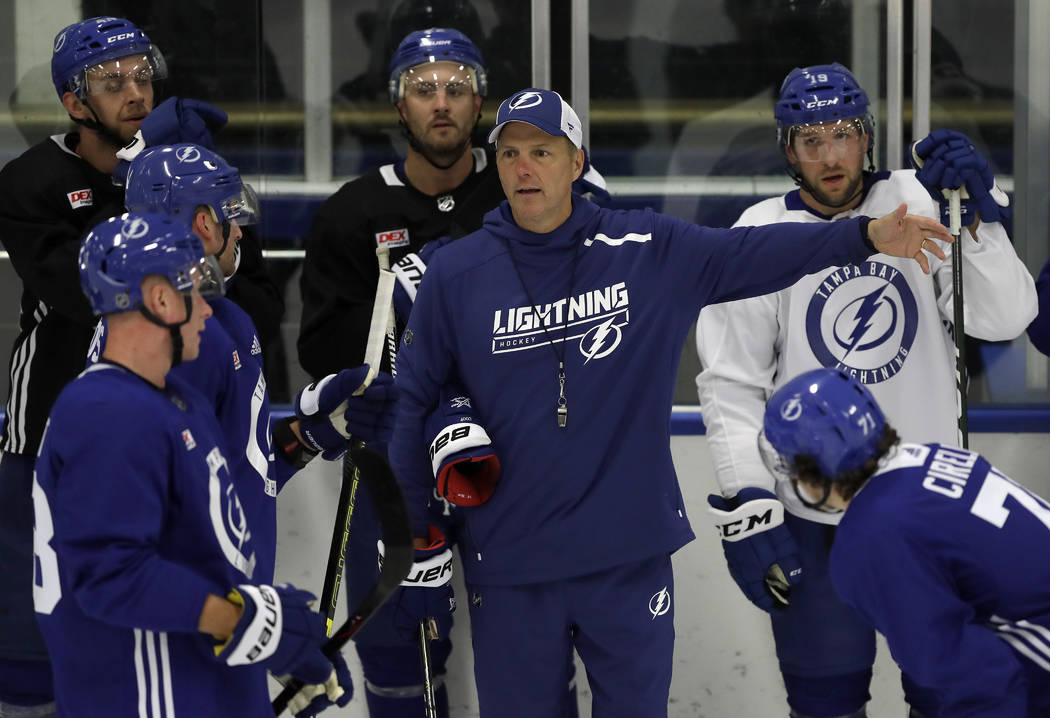 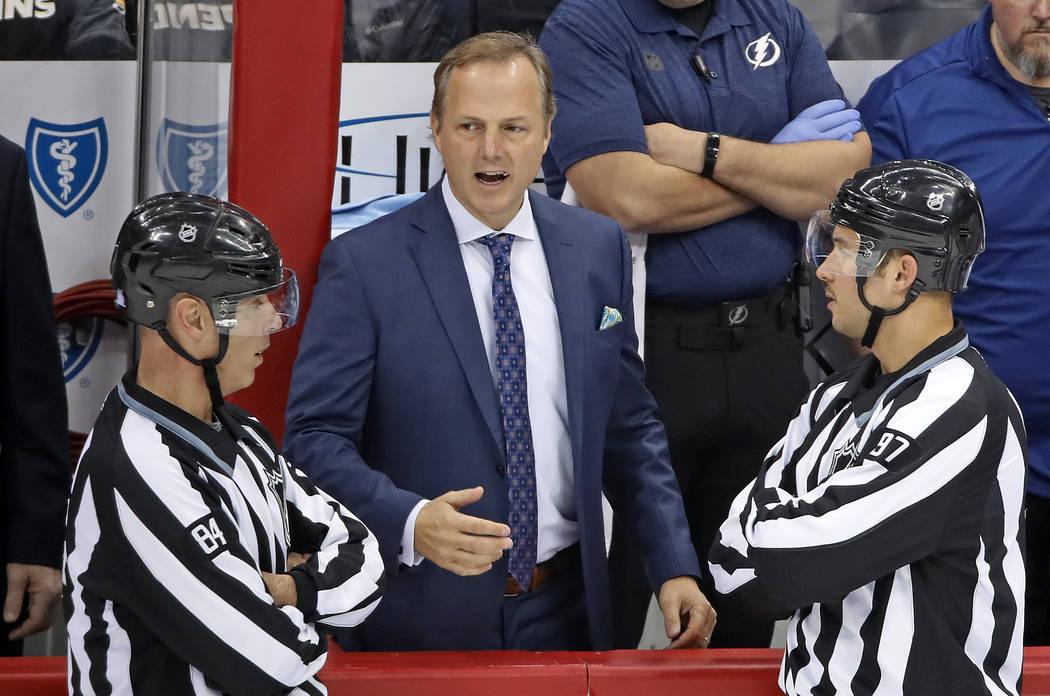 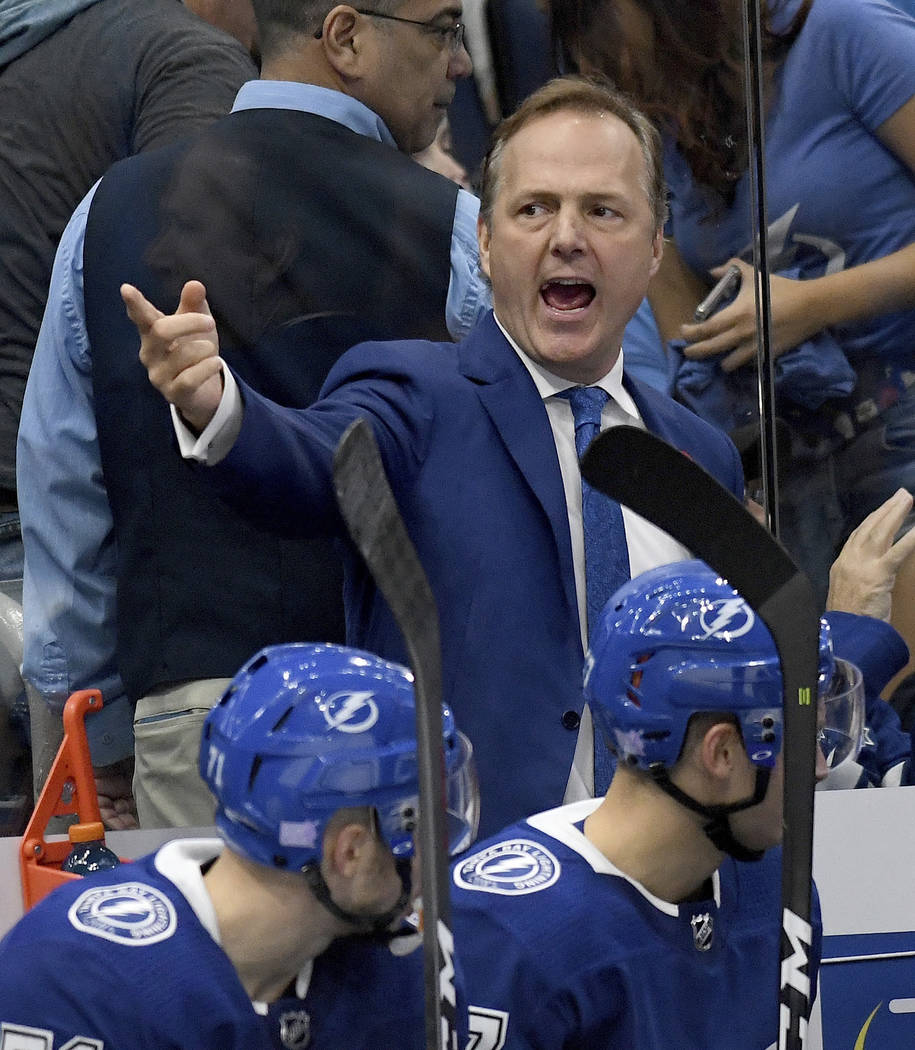 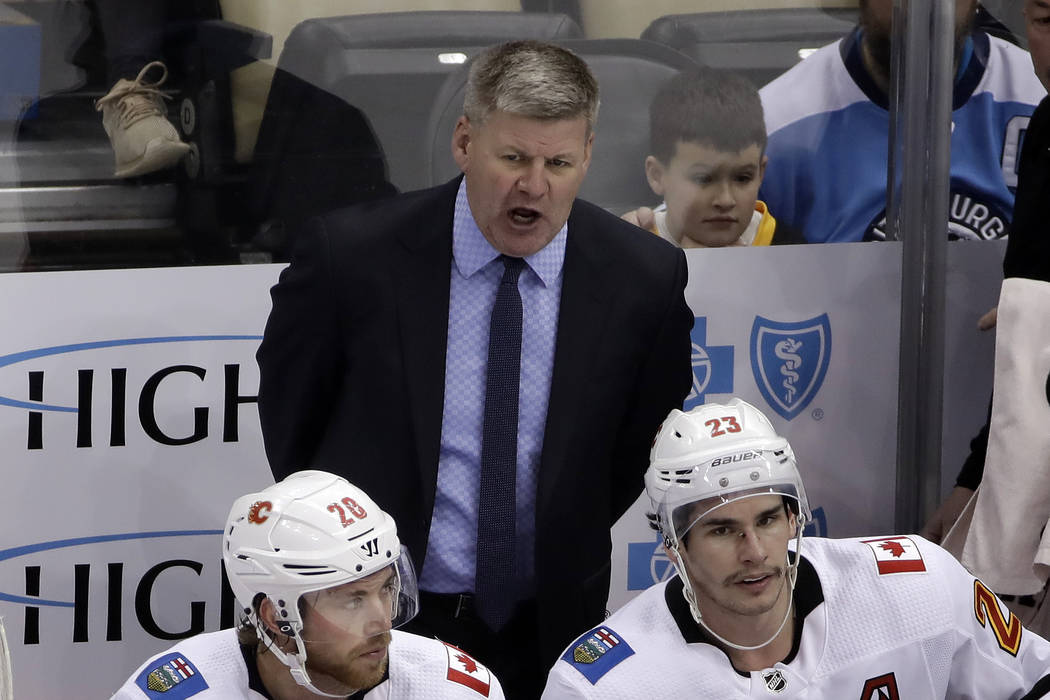 Calgary Flames head coach Bill Peters stands behind his bench during the third period of an NHL hockey game against the Pittsburgh Penguins in Pittsburgh, Monday, Nov. 25, 2019. The Penguins won in overtime 3-2. (AP Photo/Gene J. Puskar) 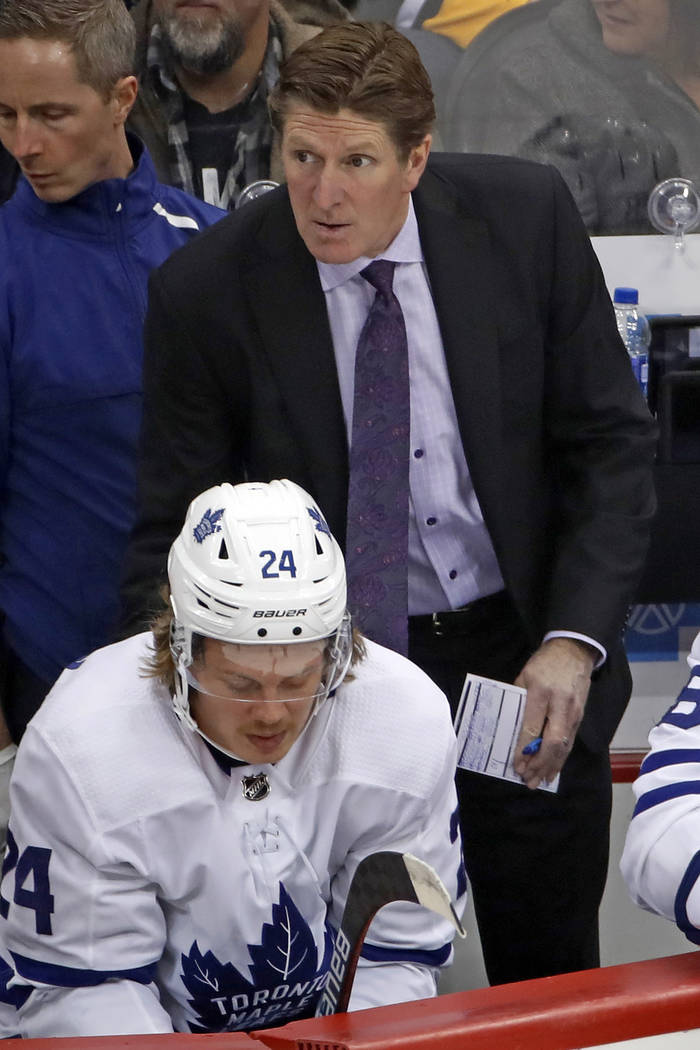 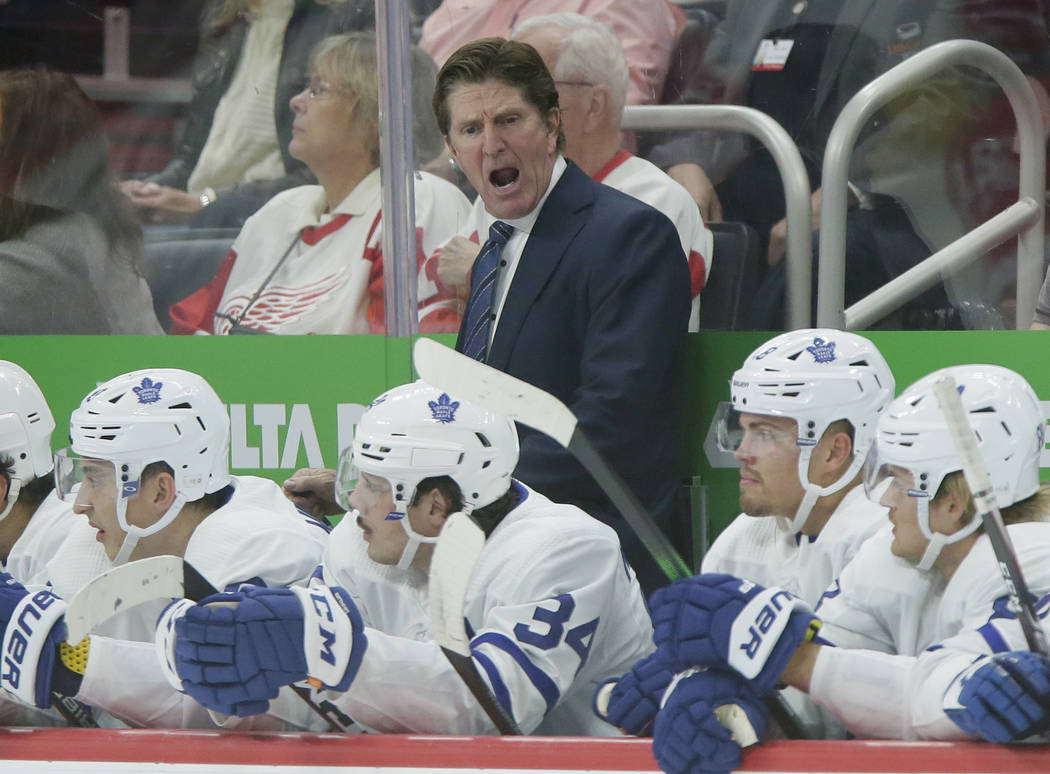 Jon Cooper wasn’t sure if the word was appropriate, since the Tampa Bay Lightning coach had a spotlight shining on him at last season’s All-Star Game and was careful not to create a viral moment.

“Can I say ‘hard-ass?’” he asked sheepishly to a crowd of reporters in January.

Months before the NHL started to investigate allegations of racism, and verbal and physical abuse by coaches, Cooper recognized a shifting culture across the league.

The old-school coaching methods of fear and intimidation were no longer effective with this generation of players. Being a “hard-ass” doesn’t work.

“Is coaching now — my assumption and what I’ve heard through my peers and how things used to be — are they a little different now? It sounds like it,” said Cooper, in his eighth season after guiding the Lightning to a record-tying 62 wins in 2018-19. “You’ve got to let a lot of these players breathe and let them play to their strengths, let them play to their confidence.

“For me, it’s a respect value. When you respect the player, you respect the game, everything kind of comes back and forth. They do the same. That’s kind of been my approach. But I think it’s definitely been a little different than it was, say, 20, 30 years ago.”

The NHL has been rocked in recent weeks by revelations about several coaches, a chain of events that started when Toronto fired Mike Babcock.

One of Peters’ former players in Carolina then alleged that Peters physically abused him and another player on the bench, an account that was verified by current Hurricanes coach Rod Brind’Amour. Peters resigned from the Flames on Nov. 29.

“There’s hard coaching and then there’s stepping over the line,” said Knights right wing Ryan Reaves, whose father is African-American. “There’s no place in the world for that. It doesn’t matter who it is. Evander Kane doesn’t deserve that, and I don’t like that guy. There’s just no place for that.”

The reverberations have been felt across the sport. The Swift Current Broncos of the junior Western Hockey League fired their athletic trainer for “a recent pattern of demeaning and derogatory comments, threatening behavior and unprofessional conduct,” according to a team statement.

Blackhawks assistant Marc Crawford was placed on leave Dec. 2, and the team is investigating allegations that he kicked a player as coach of the Los Angeles Kings in the 2006-07 season.

Nashville coach Peter Laviolette last week wanted to “get in front” of any allegations and denied he bullied players into fighting or punched a player during his time in Philadelphia.

Dallas, which hosts the Knights on Friday, fired coach Jim Montgomery on Tuesday for “a material act of unprofessionalism.” By all accounts, that move was unrelated to the four-point plan on coaching conduct that was outlined Tuesday by NHL commissioner Gary Bettman.

“I started 20 years ago, and for me it’s just, I come to the rink every day, I have fun every day, and I enjoy coaching,” Knights coach Gerard Gallant said recently. “You’re not coaching against your players. You’re coaching with your players.

Winnipeg coach Paul Maurice began his career in 1995 at age 28 with the Hartford Whalers and has witnessed the league’s evolution.

The game has changed — “A toe-drag, 22 years ago, in between somebody’s feet, if they didn’t two-hand you on the way by, you were fighting them the next shift,” Maurice said — and coaching styles have adapted, as well.

For example, rather than dressing down a player in front of teammates, coaches now can simply critique players through video.

“I still maintain the most important coach is the guy that’s sitting beside you when you ask that question. The players on the bench,” Maurice said in January. “Those guys can teach the game at a different level.”

Cooper said despite all the sweeping changes to the hockey culture, successful coaches, regardless of their method or style, must hold players accountable.

“If you raise your voice, does that make you a hard-ass? Or if you pull them aside in a private meeting? There’s so many different ways to do it,” Cooper said. “I don’t know how other guys do it. It’s just how I am. A lot of my coaching is done behind closed doors aside from visibly on HD.”