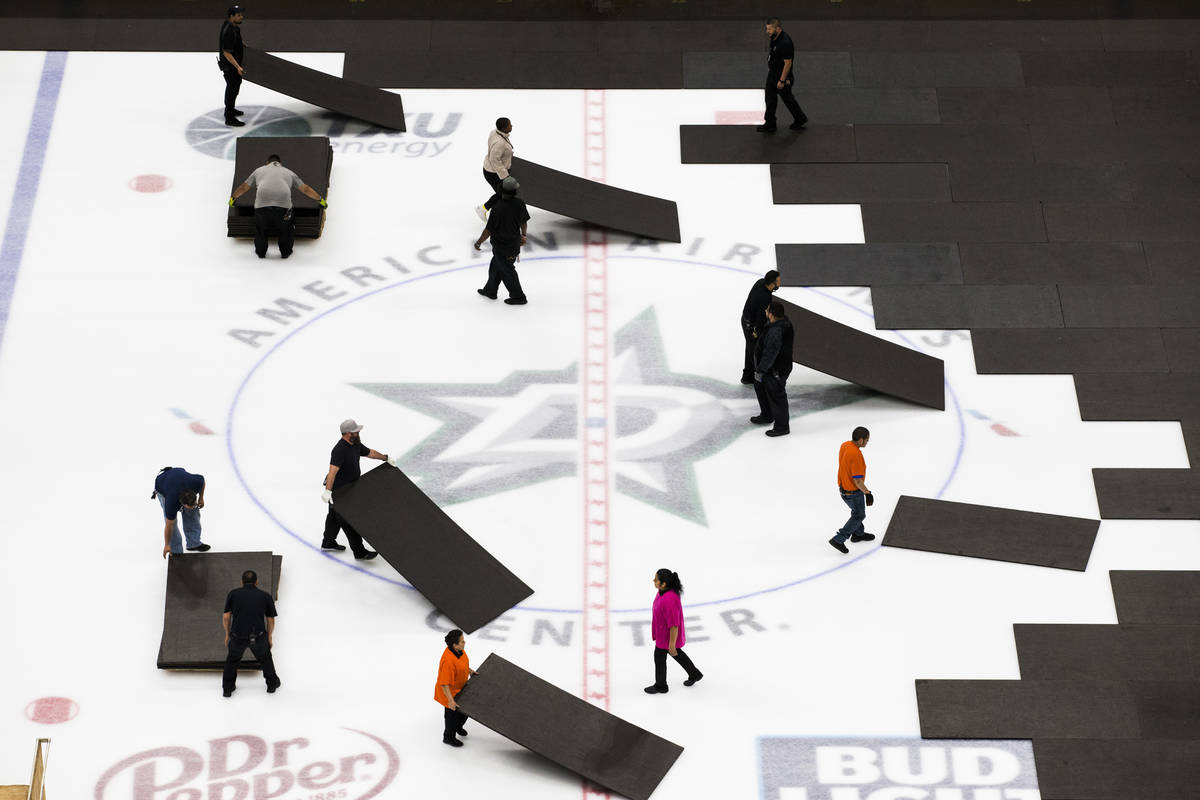 Crews cover the ice at American Airlines Center in Dallas, home of the Dallas Stars hockey team, after the NHL season was put on hold due to coronavirus, Thursday, March 12, 2020. (Ashley Landis/The Dallas Morning News via AP)

It’s the second time the league has lengthened its quarantine for players and staff after pausing its season March 12. The original end date of March 27 had been pushed back to Monday before this latest extension.

No surprise the NHL has again pushed back the period of self-quarantine to April 15. Bill Daly recently said "we’re biting this off in chunks" — meaning they're setting target dates and making decisions as each approaches while consulting the latest available information.

The league said previously that world events with the virus will dictate when players can meet in small groups to resume skating and off-ice training. Two players each from the Colorado Avalanche and Ottawa Senators have tested positive for the COVID-19 virus.

Commissioner Gary Bettman said last week the league continues to monitor developments with the virus and is in consultation with health officials regarding any decision to resume play.

The Centers for Disease Control and Prevention recommended an eight-week ban on gatherings of 50 or more people through mid-May. The league hopes to begin a training camp period after 45 days, though that could be in doubt with the latest move.