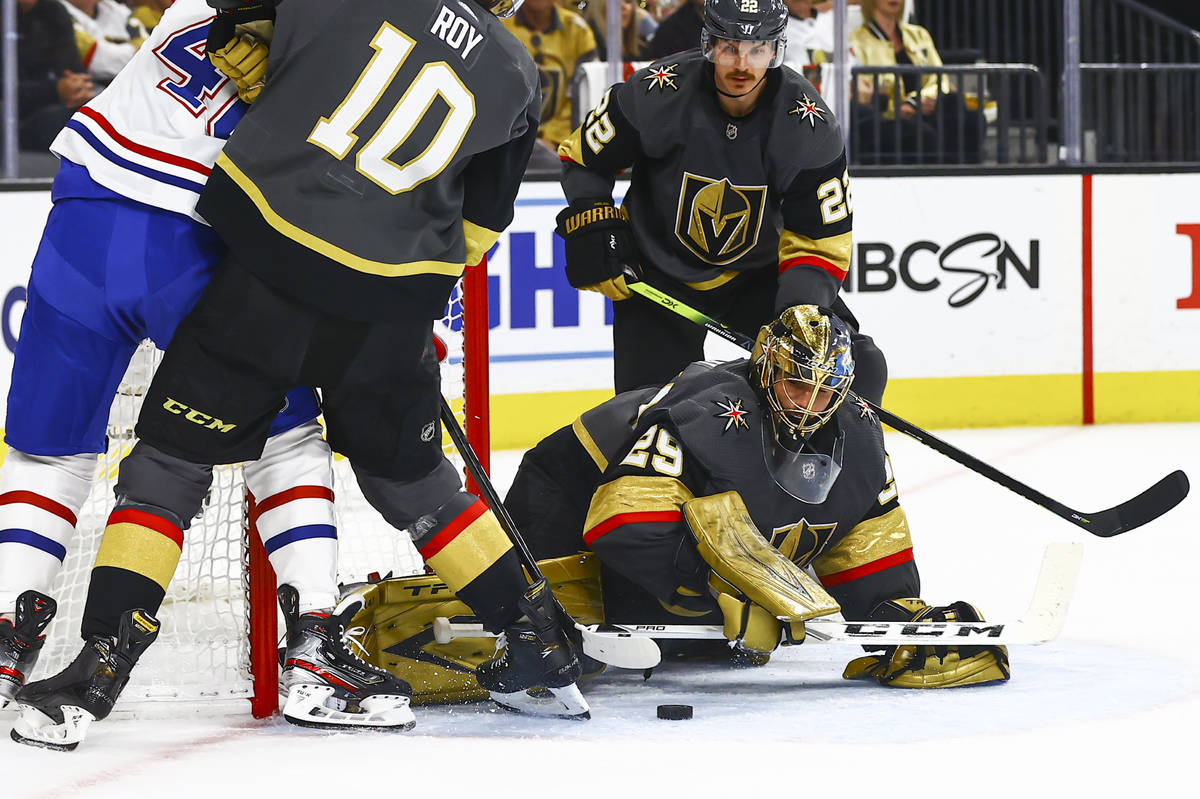 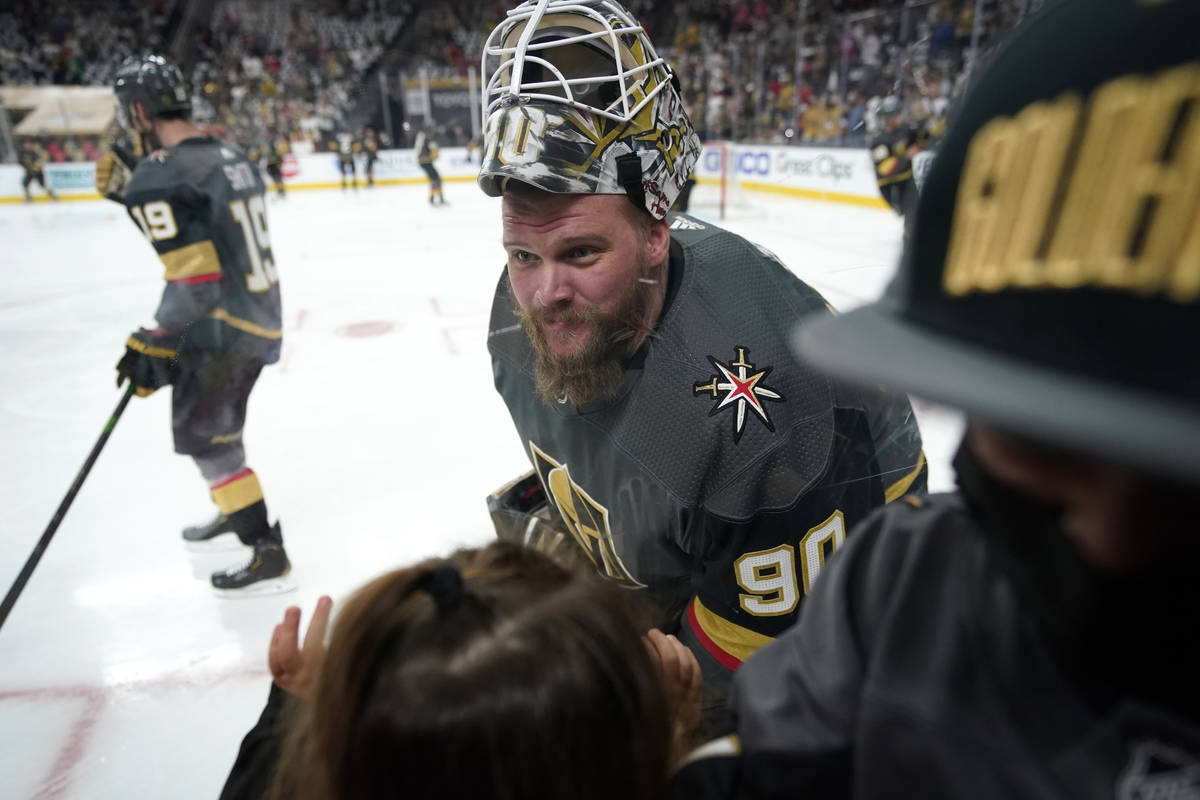 Golden Knights coach Pete DeBoer said Wednesday he has decided on his starting goaltender for the team’s must-win Game 6 on Thursday in Montreal.

And, like any good poker player, he’s not going to show his cards before he has to.

DeBoer declined to reveal his choice before the most consequential game of the Knights’ season. Much of the team’s success this season came from the strength of its Jennings Trophy-winning goalie tandem of Marc-Andre Fleury and Robin Lehner.

The fact that both have had success during the postseason makes things easier on DeBoer.

“To be honest with you, it’s not a tough decision because I think either guy could come out and give us a win,” DeBoer said. “Both guys have played really well all year, but we’ve got to pick one.”

Fleury has received the bulk of the workload in the playoffs.

The Vezina Trophy finalist is 9-7 with a .918 save percentage and 2.04 goals-against average this postseason. He is 1-3 against the Canadiens, the team he grew up cheering for, with a .904 save percentage. He misplayed a puck late in Game 3 that led to right wing Josh Anderson’s game-tying goal with 1:55 remaining in the third period.

Fleury was given Game 4 off because DeBoer thought he was fatigued, and Lehner was excellent filling in. The 2019 Vezina Trophy finalist made 27 saves in the Knights’ 2-1 overtime win. It was his second appearance of the playoffs after he was the team’s primary starter last postseason. He allowed seven goals on 37 shots in his first start May 30 against the Colorado Avalanche.

There are reasons the Knights could go with either goalie. Regardless of who starts, the team knows it needs to fix plenty of things to tie the series and force Game 7 on Saturday at T-Mobile Arena.

The Knights have seven goals their past four games and are 4-for-41 on the power play in the playoffs.

“The reason why we’ve lost games in this series isn’t because of goaltending,” right wing Reilly Smith said. “We have all the confidence in the world in those guys, and we’ll move forward with whichever one plays next game.”

DeBoer said he doesn’t think Stephenson is 100 percent, but having him back is still a boost for the team. He played 19:01 Tuesday, second-most among Knights’ forwards. The team had a 6-5 edge in scoring chances and 3-2 advantage in high-danger scoring chances with him on the ice at five-on-five.

“Good to get my legs under me,” Stephenson said. “Get a few bumps back and you’re into the game. I felt good as the game went on. I’ll be better tomorrow.”