MONTREAL — Peter DeBoer blew his whistle and hollered “Over here!” to gather the Golden Knights around the whiteboard so he could draw up the first drill.

The line rushes that previously marked the beginning of every practice were a thing of the past.

DeBoer ran his first practice as Knights coach Friday at Bell Centre, and the 45-minute workout was yet another reminder of the sweeping changes that took place this week.

“I thought they were great today,” DeBoer said. “We threw a bunch of different stuff at them. They were dialed in. They executed.”

DeBoer, hired Wednesday after the Knights fired Gerard Gallant, was not part of the optional skate that day and arrived in Ottawa following Thursday’s morning skate.

The differences in his practice were noticeable immediately, from the line rushes taking place midway through to the various drills that the Knights skated.

DeBoer emphasized two areas on which the Knights spent a significant portion of their time.

The first was cleaning up the defensive-zone coverage when an opposing player carries the puck behind the net.

That was followed by extensive work on the penalty kill, which included defending zone entries.

“He wants a good pace, but he also wants that everybody’s on the same page. Make sure there’s no blank spots or anything like that,” Jonathan Marchessault said. “It’s about buying in now as a group, and we’re going to get through it together. It was a good practice.”

Goaltender Marc-Andre Fleury will serve a one-game suspension for not appearing in the All-Star Game, but said the organization has not determined when that will take place. By rule, Fleury must sit out the game preceding or following the All-Star break.

The Knights play at Boston on Tuesday in their final game before the break and are at Carolina on Jan. 31 for the start of another four-game road trip.

“I talked to (goaltender coach) Dave (Prior) a little bit, but we haven’t decided,” Fleury said. “I guess it will be up to management what they want to do, when it’s easier to call up someone, which game.”

DeBoer was caught on camera taking a whiff of smelling salts handed to him by William Carrier during Thursday’s game at Ottawa.

A little sat to remind everyone DeBoer’s still one of the boys haha #vgk pic.twitter.com/DdJZLcsgr3

The move might have helped ingratiate the new coach with his players, but DeBoer joked he just needed to clear his head after a whirlwind 48 hours.

“I needed to get the names right,” he said. “I had 40 names swimming around in my head between San Jose and Vegas. They suggested I take a puff and make sure I clear things. I was all right with that.” 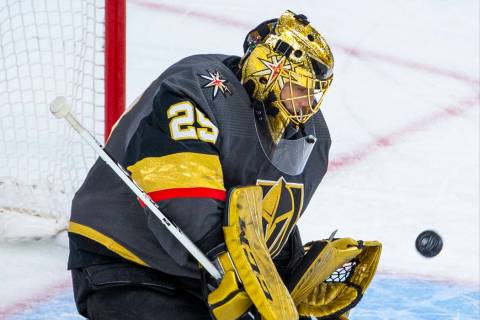 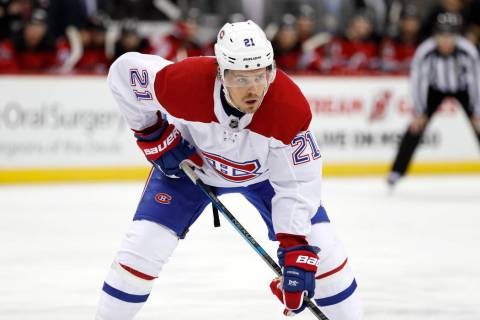 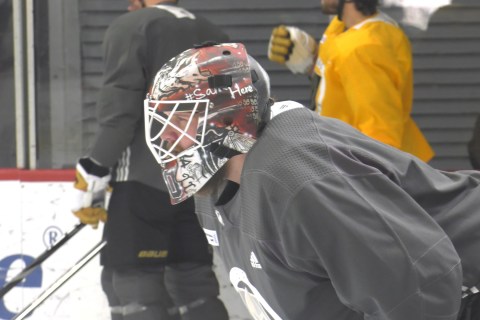 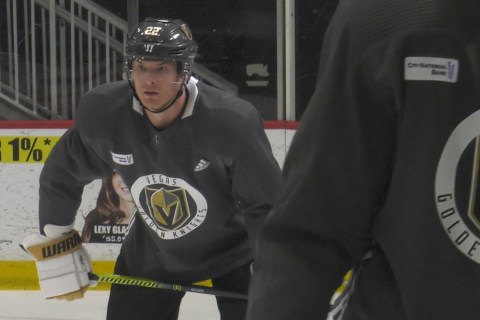