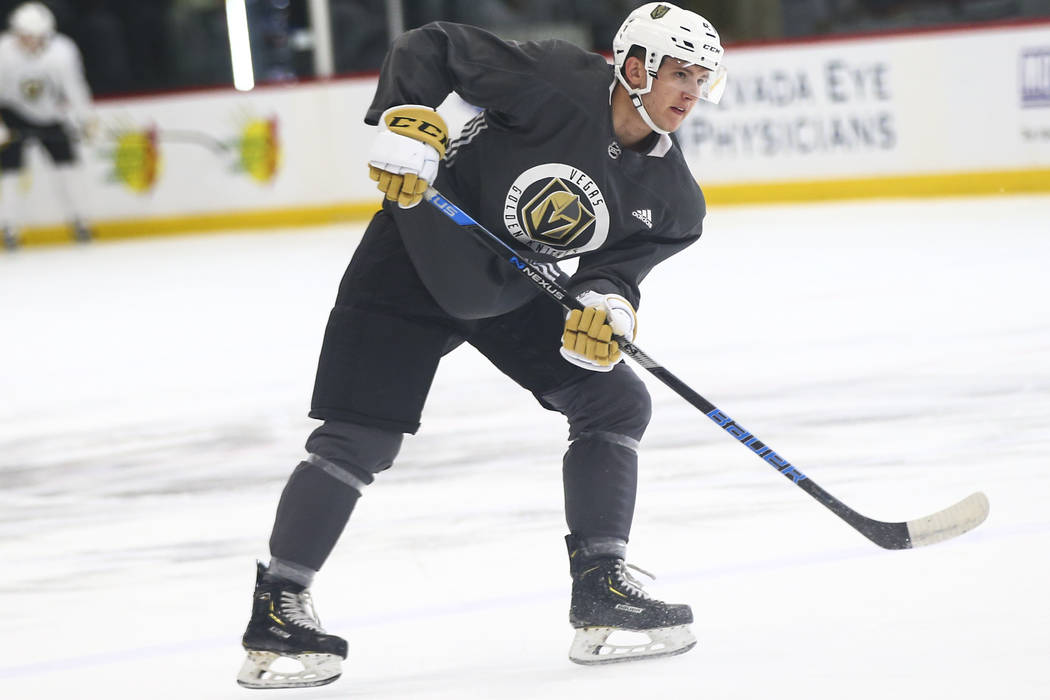 COLUMBUS, Ohio — Layton Ahac had been looking forward to Tuesday for quite some time.

A third-round pick in June by the Golden Knights, Ahac attends nearby Ohio State and made sure he was at Nationwide Arena to see his parent club face the Columbus Blue Jackets.

“I really wanted to go to this one, too,” he said. “I’m following, watching all the highlights. They’re doing pretty good.”

Ahac is a freshman defenseman for the Buckeyes, who are 6-1-1 and ranked No. 8 nationally in the USA Today/USA Hockey Magazine Men’s College Hockey Poll.

In eight games, he has one assist and a plus-1 rating to go with 11 shots on goal and three blocked shots.

“He’s playing regularly on their defense,” Knights general manager Kelly McCrimmon said. “This is what he needs in terms of the next step in his progression. We’re real happy with right here where he is.”

Ahac spent the past two seasons in the British Columbia Junior Hockey League, and the 18-year-old admitted it’s been an adjustment going against stronger, faster opponents in the NCAA, where some players are up to six years older than him.

He is listed at 6 feet, 2 inches and 195 pounds, but will continue to bulk up working with Ohio State’s strength and conditioning program.

Ahac plans to major in business. The Knights retain his draft rights for the duration of his college career. McCrimmon said the team will not rush Ahac’s development.

“I always want more, obviously,” Ahac said. “At least one thing I can say is that I feel like I’ve gotten a lot better since I’ve been here. I feel like I’m improving. It’s a big jump from the BCHL … and I know it’s a process, but I feel like I’m getting better every single day.”

The Knights rank second in the league in attendance based on percentage of arena capacity.

Through nine home dates, the Knights are averaging 18,244 per game, which is 105.1 percent over capacity at T-Mobile Arena.

Chicago tops the NHL in attendance at 108.1 percent capacity of United Center and averages a league-best 21,322 per game. Toronto, Nashville and Winnipeg round out the top five.

Knights coach Gerard Gallant spent six-plus seasons with the Blue Jackets, starting as an assistant coach for the inaugural season in 2000-01.

He also was Columbus’ head coach during the lockout in 2004-05 and recalled how he spent the time off.

“I got to play old-timer’s hockey with a bunch of guys I didn’t know, so that was a lot of fun,” Gallant said. “I made some good friends. If you had to have a lockout, I had a good time. I got to meet a lot of people, watch my son (Jason) play hockey.” 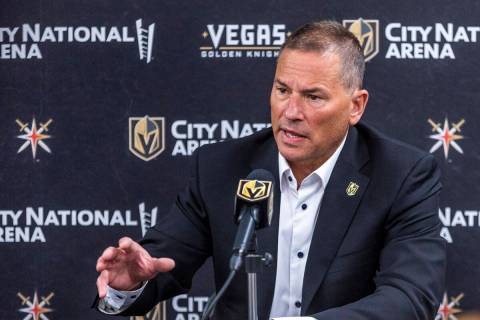