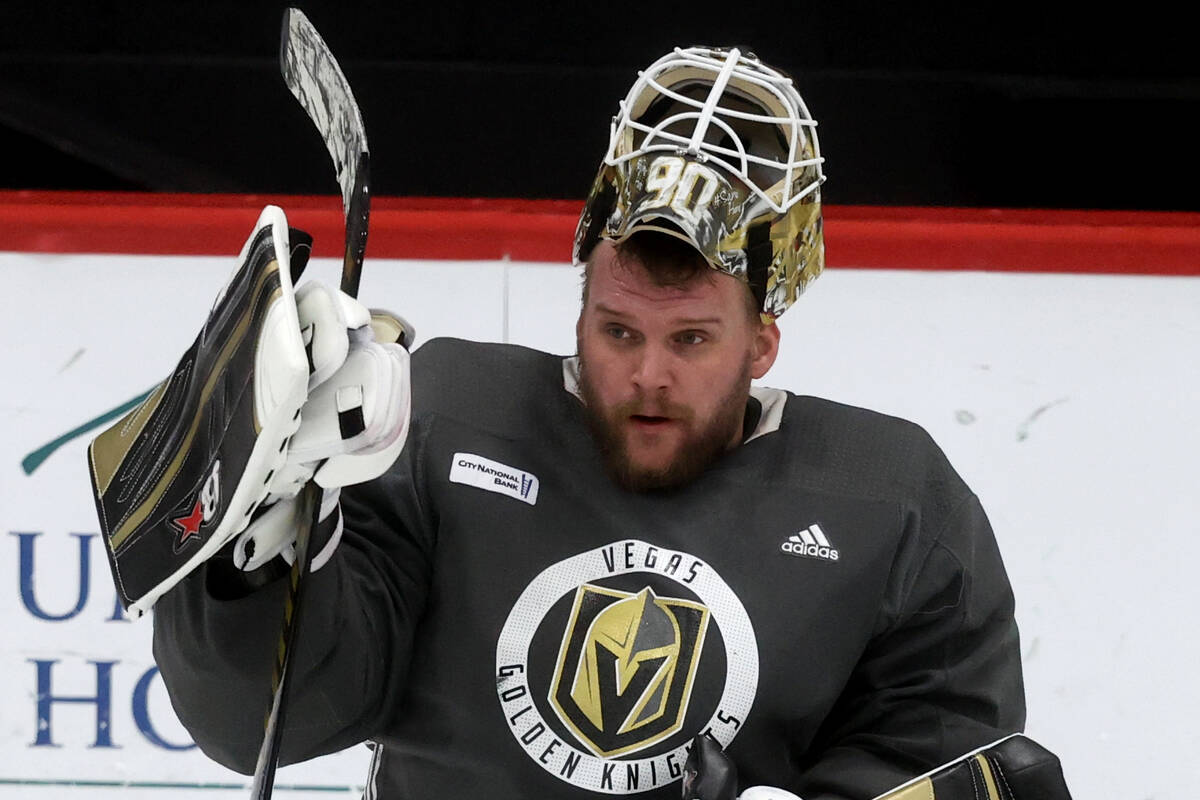 Golden Knights goaltender Robin Lehner, three days after tweeting about issues with player health and medical treatment, said Tuesday he has had productive calls with the NHL and NHL Players Association about potential changes.

Lehner said he tried other avenues before taking to Twitter on Saturday, but wasn’t seeing results. He said he’s excited after the initial talks and now plans to push for progress behind closed doors.

“All I’m asking is to be a part of that change, that discussion to fix some of the things for us as players,” Lehner said. “I don’t want to see any player suffer in silence anymore.”

Lehner’s comments on his verified account were in defense of Buffalo center Jack Eichel, who he played with from 2015-18. Eichel has requested a trade and is fighting with the Sabres over the proper type of surgery for a herniated disk in his neck.

Lehner, to support his former captain, said Saturday that Buffalo mishandled an ankle injury of his in 2015 and posted a picture of his swollen ankle on Twitter as proof. He said Tuesday he believes the standoff between Eichel and the Sabres is not in Eichel’s medical best interest.

They screwed my ankle… big time. Then surgery and then pills… no care…almost died. But ehh.. after forcing leg press after few weeks after bad high ankle sprain first game. That is foot after treatment😂.. later is my soul gone after a month after surgery . It’s not all pretty pic.twitter.com/CT8fXrp67a

“I know (Eichel and his family are) not lying and I can’t stand by and sit and see a fellow player and a friend (go through) what’s happening when I’ve been through kind of similar things,” said Lehner, who has been an outspoken advocate for mental health. “We all worry about his neck or whatnot, but about his mental health, that’s part of my whole journey, right? How many people are talking about his health mentally?”

Lehner also accused teams of giving out benzodiazepines — drugs like Valium and Xanax that are typically prescribed to relieve anxiety and muscle spasms and reduce seizures — and Ambien to employees when traveling. He said the Knights were not one of the teams he was referencing and reiterated that Tuesday.

“I haven’t seen anything here,” Lehner said. “They go over the top here. They’re very diligent and careful about things. Kind of how I want it to be everywhere.”

Lehner further called Philadelphia Flyers coach Alain Vigneault a “dinosaur” on Twitter who treated players like robots rather than humans. Vigneault, who has never coached Lehner, said Monday he is “tough” and “demanding” but cares about his players.

#PhiladelphiaFlyers ? Dinosaur coach treating people robots not human. Fire these dinosaurs. Fire #vigneault first story. I got proof.. try to shake your way out of this one ….

Lehner, when asked Tuesday if Vigneault was discussed in his calls with the NHL and NHLPA, said the talks were private. His call with the NHL was not disciplinary, so he is not being punished for speaking out.

“I don’t want to hurt anything,” Lehner said. “I just want to be a part of the conversation, share my stories of what’s right and wrong and the different things I’ve been through in my career and the things that I’ve seen.”

Lehner has received backing from within the Knights, with captain Mark Stone and defenseman Alex Pietrangelo saying Monday that they supported him. Lehner said Tuesday that support “means everything” to him and that he doesn’t want to be a distraction for the team as it chases a Stanley Cup.

He now plans to keep his ideas and recommendations for the NHL out of the public eye in the hopes that it leads to things getting implemented.

“It’s turned into a good bit of a joy right now, at least having someone listening,” Lehner said. “Maybe make it a little bit better for the younger generation. Maybe other sports even listen to this as well. If it can help one percent, I’m happy about that.”