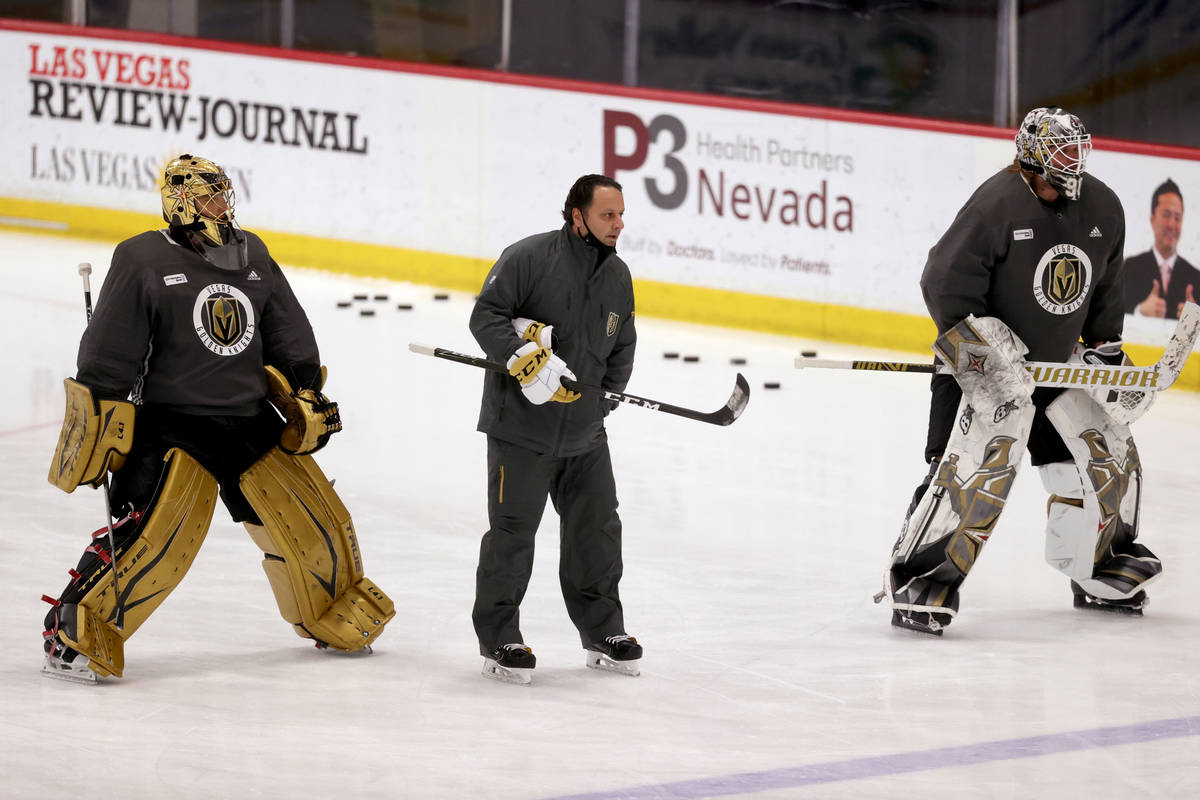 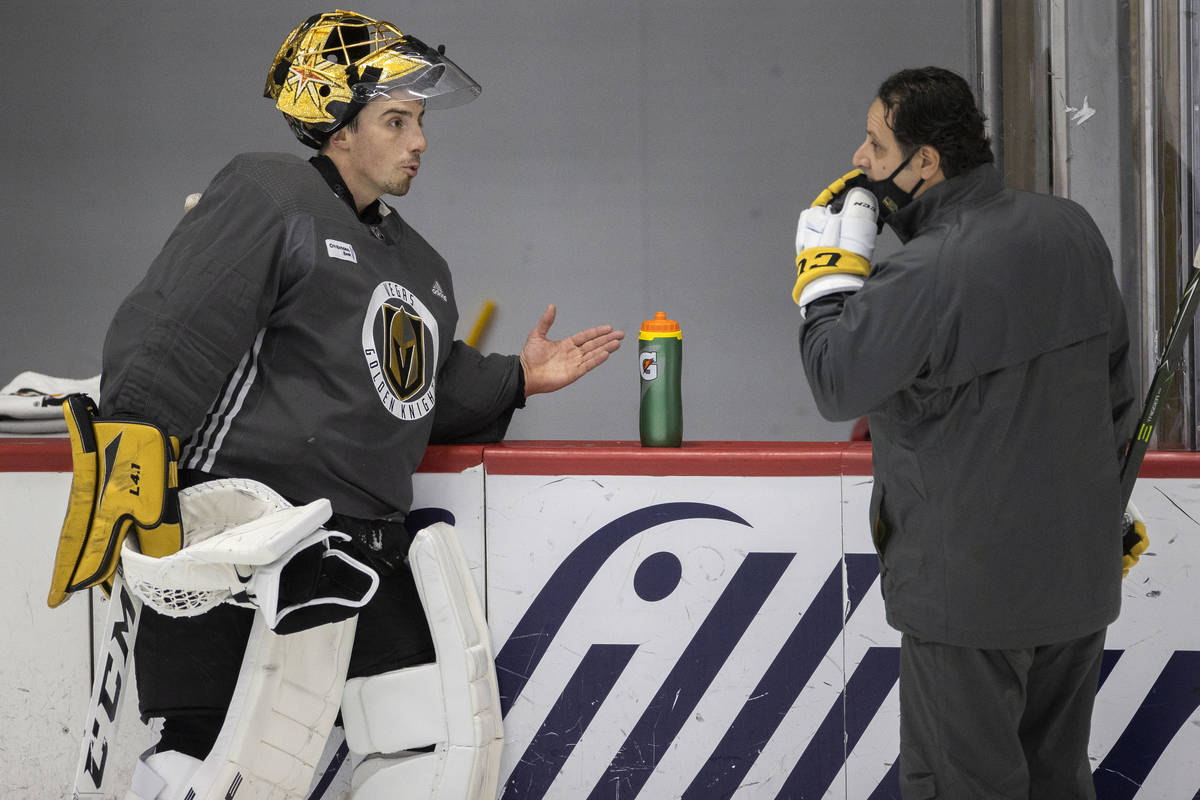 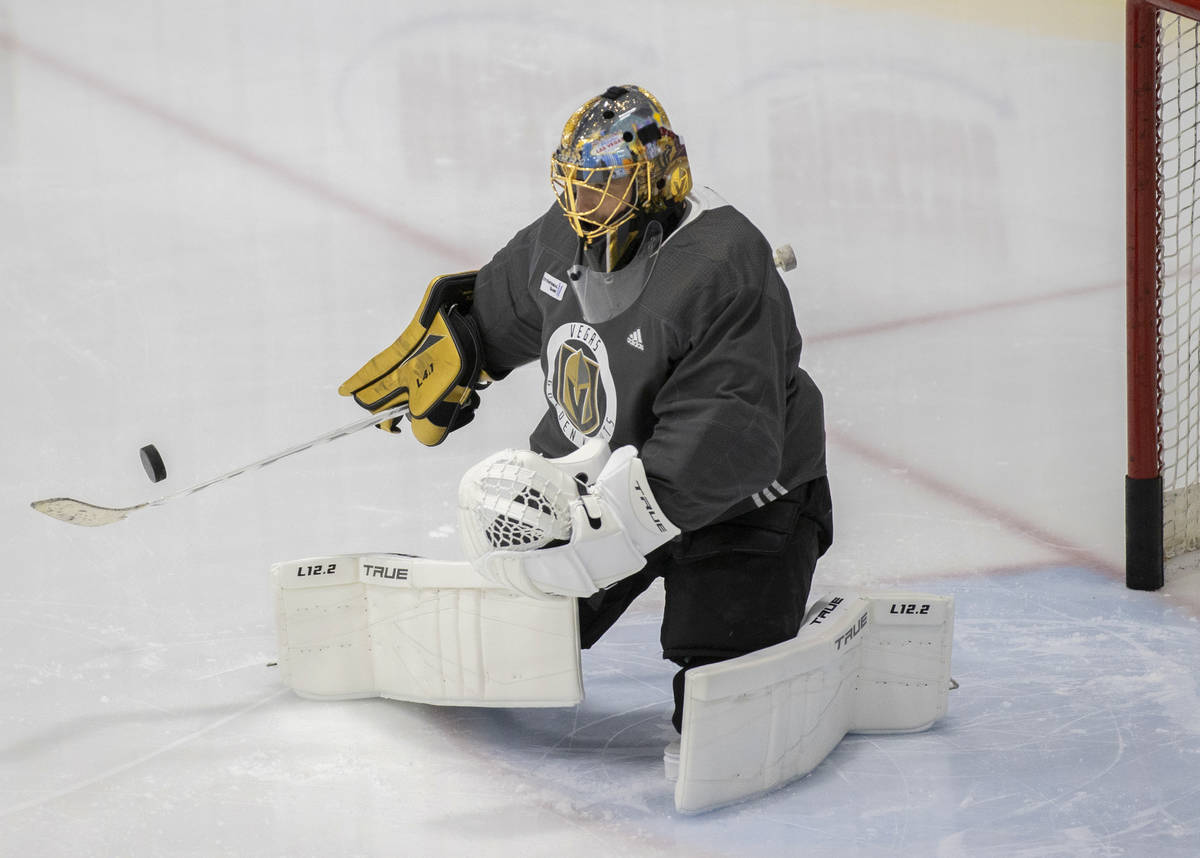 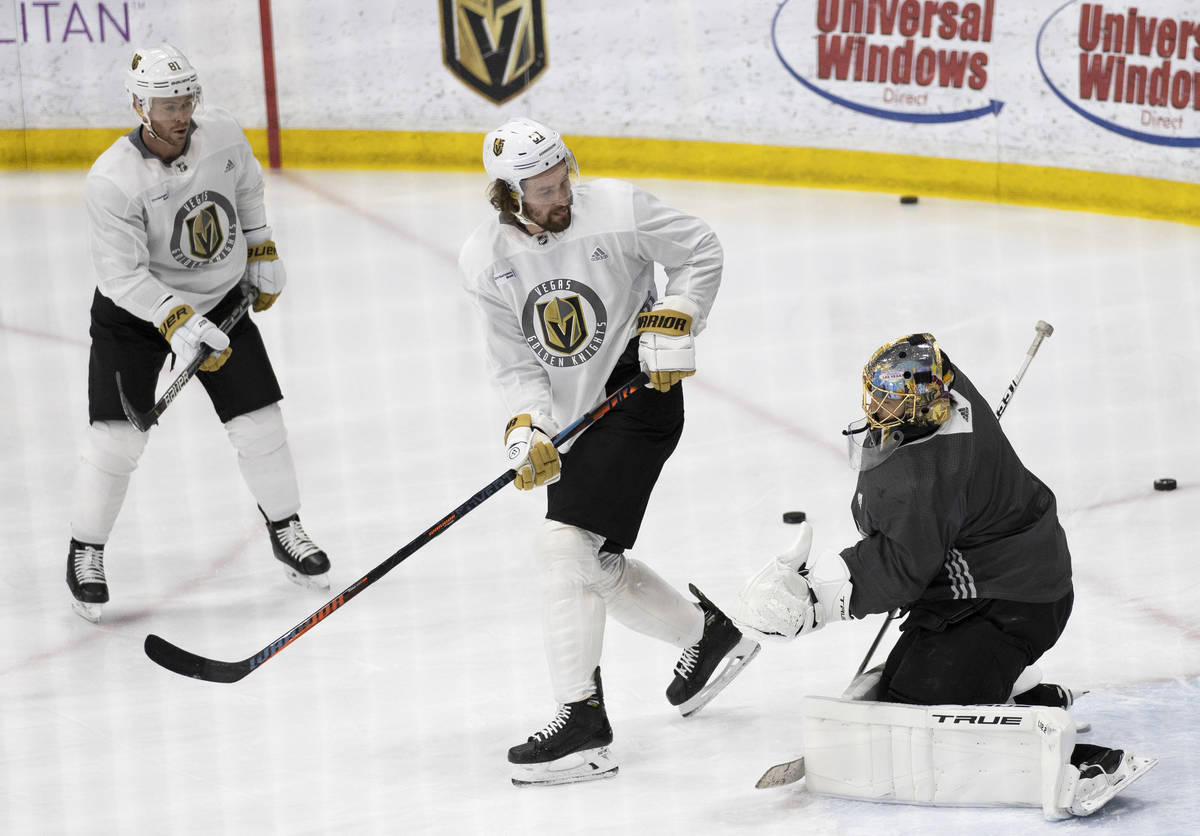 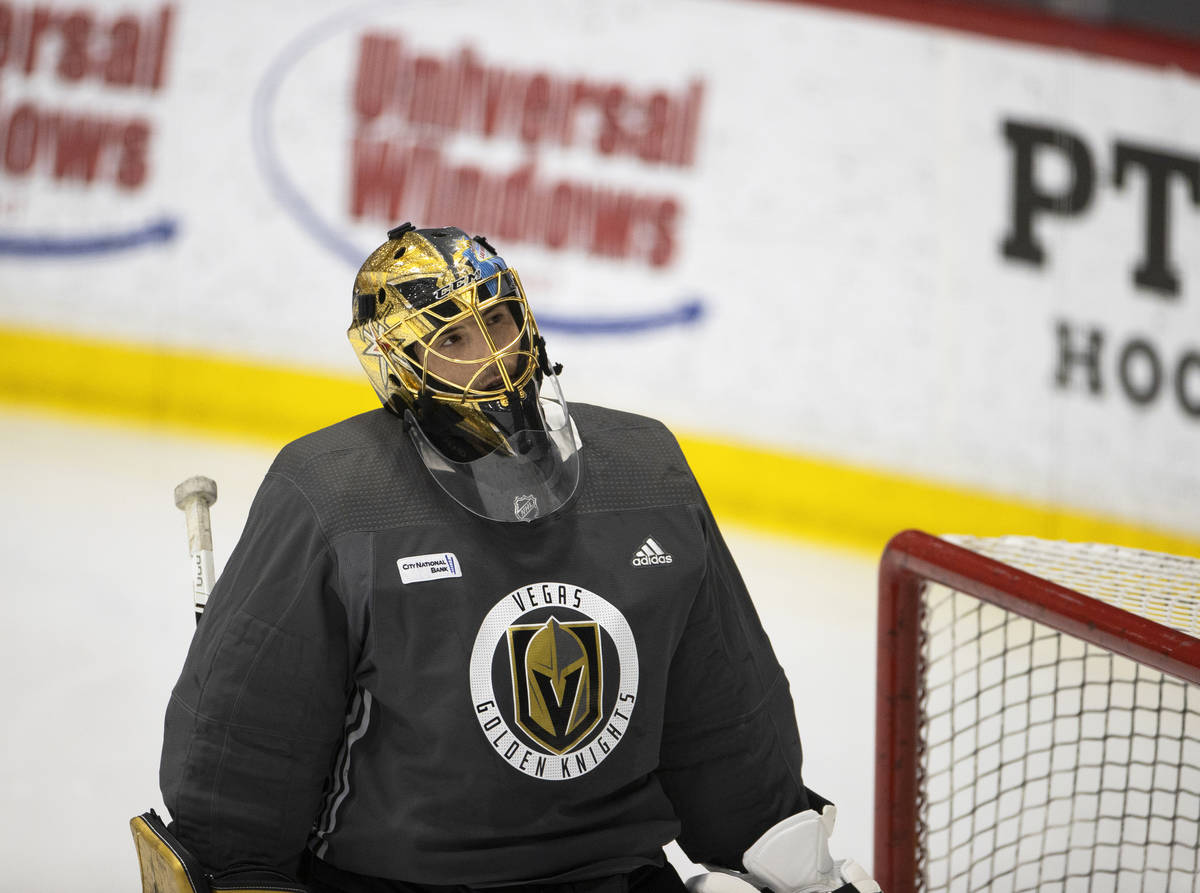 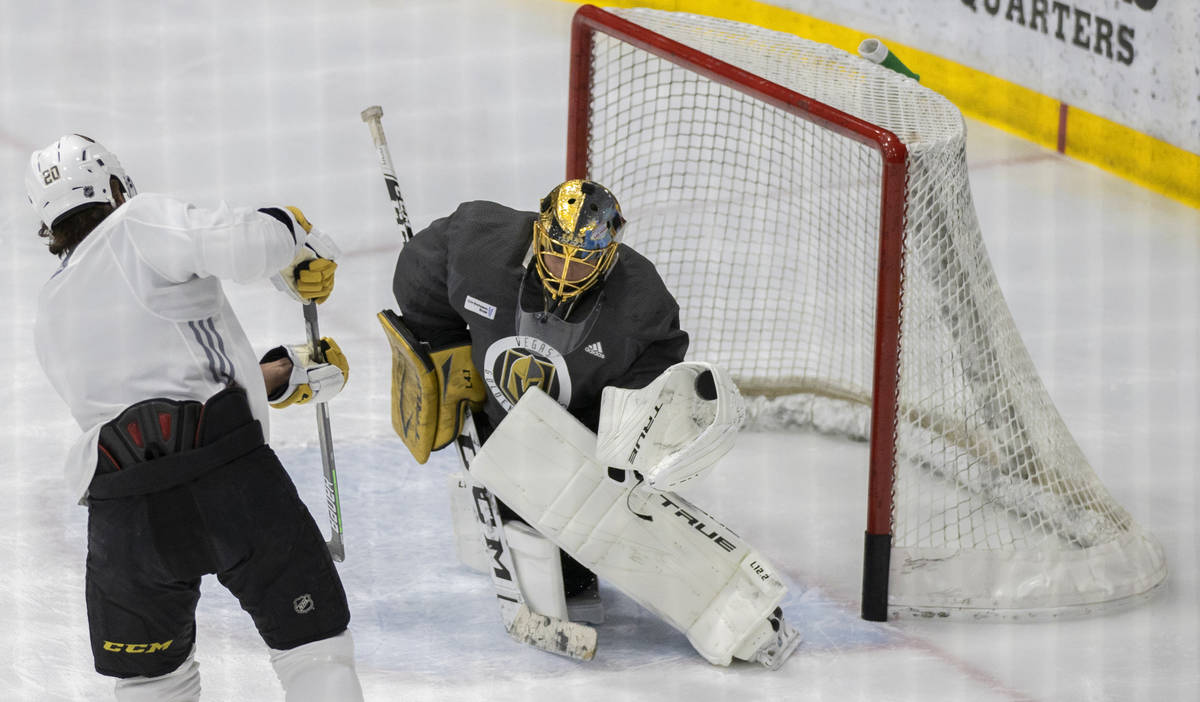 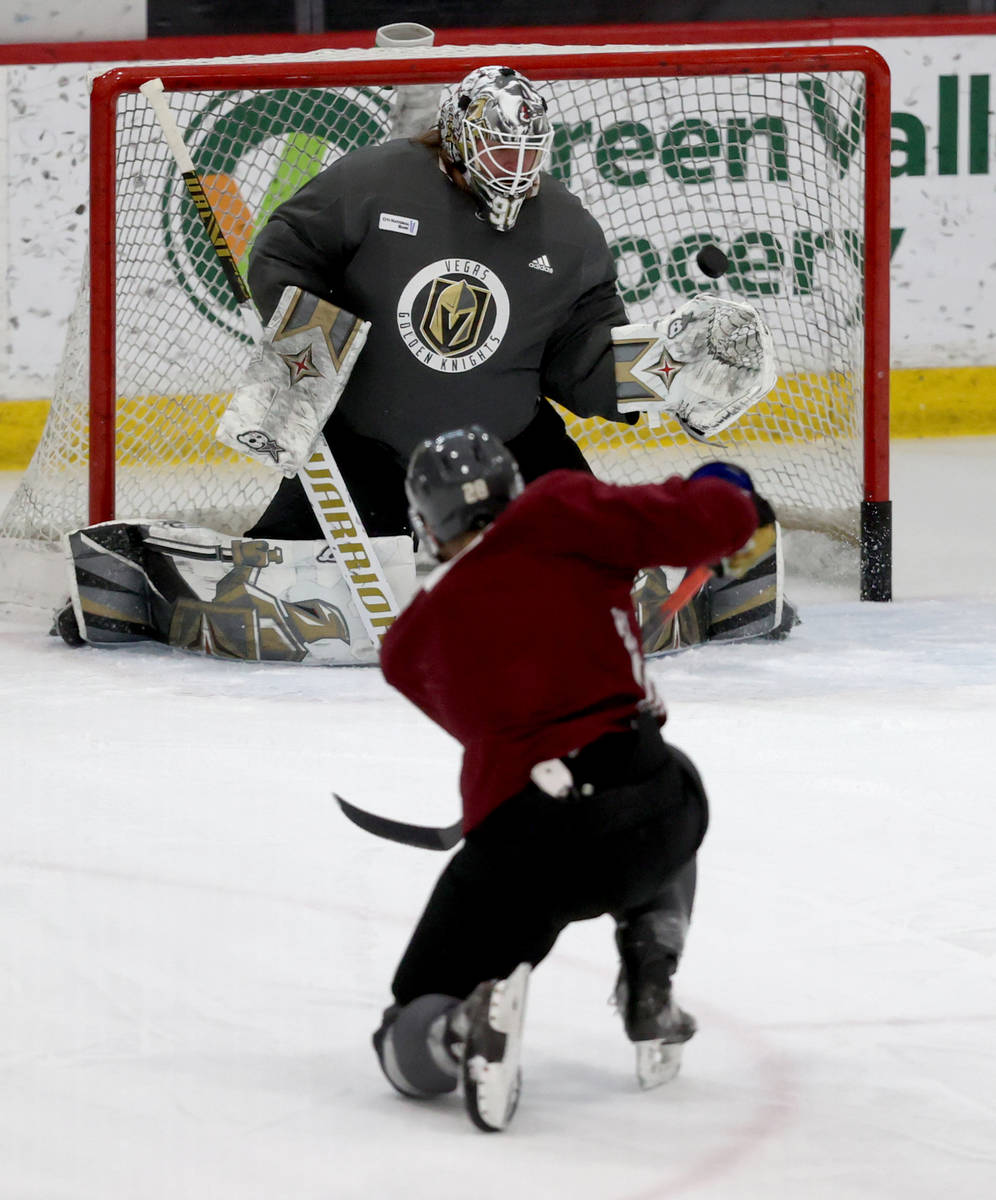 The Golden Knights enter the season with the luxury of having two proven goaltenders in Robin Lehner and Marc-Andre Fleury.

Coach Pete DeBoer intends to use them both early to get them into a rhythm. The play of the two then will determine the rotation.

“I’m sure to start the season we’re going to look at some type of 50-50 split early to get both of their games established and ease them in,” DeBoer said. “Then all bets are off with where we go from there.”

DeBoer rotated the two after Lehner was acquired from the Chicago Blackhawks at last season’s trade deadline. Lehner received three starts and Fleury four in the regular season.

Things were much different in the postseason. Lehner’s strong play down the stretch and in camp elevated him atop the depth chart, and he played in 16 games to Fleury’s four. Fleury’s agent, Allan Walsh, wasn’t happy about the arrangement and infamously took to Twitter to voice his displeasure.

The Knights hope the drama is in the past and the two, who have said publicly they like working together, can form one of the NHL’s better tandems. The Knights ranked 22nd in team save percentage (.900) last season, so there’s plenty of room for improvement.

DeBoer said he thinks the Knights are on track to do that.

“Both guys have had excellent camps,” DeBoer said. “I’ve been really happy with where they’re both at. We’re going to need both guys.”

The Knights held a second scrimmage Saturday at T-Mobile Arena after doing so Thursday.

The dress rehearsal allows the team to evaluate players while also replicating the routine of a normal game day. That’s important because there’s a lot of new things even veteran players have to get used to in terms of COVID-19 safety protocols.

The scrimmages also gave the team’s off-ice staff a practice run for how games will look and sound with no fans, at least initially. There was music and artificial crowd noise, something right wing Ryan Reaves enjoyed.

“I wish (the playoffs in) Edmonton felt like that,” Reaves said. “It was great being back there (T-Mobile). I’m hoping the fans can start filing in at some point this season because we have by far the biggest home-ice advantage when we have fans here.”

Count forward Gage Quinney as a fan of the Henderson Silver Knights’ setup at Lifeguard Arena. The Nevada native called it “one of the nicest AHL facilities I think I’ve seen.”