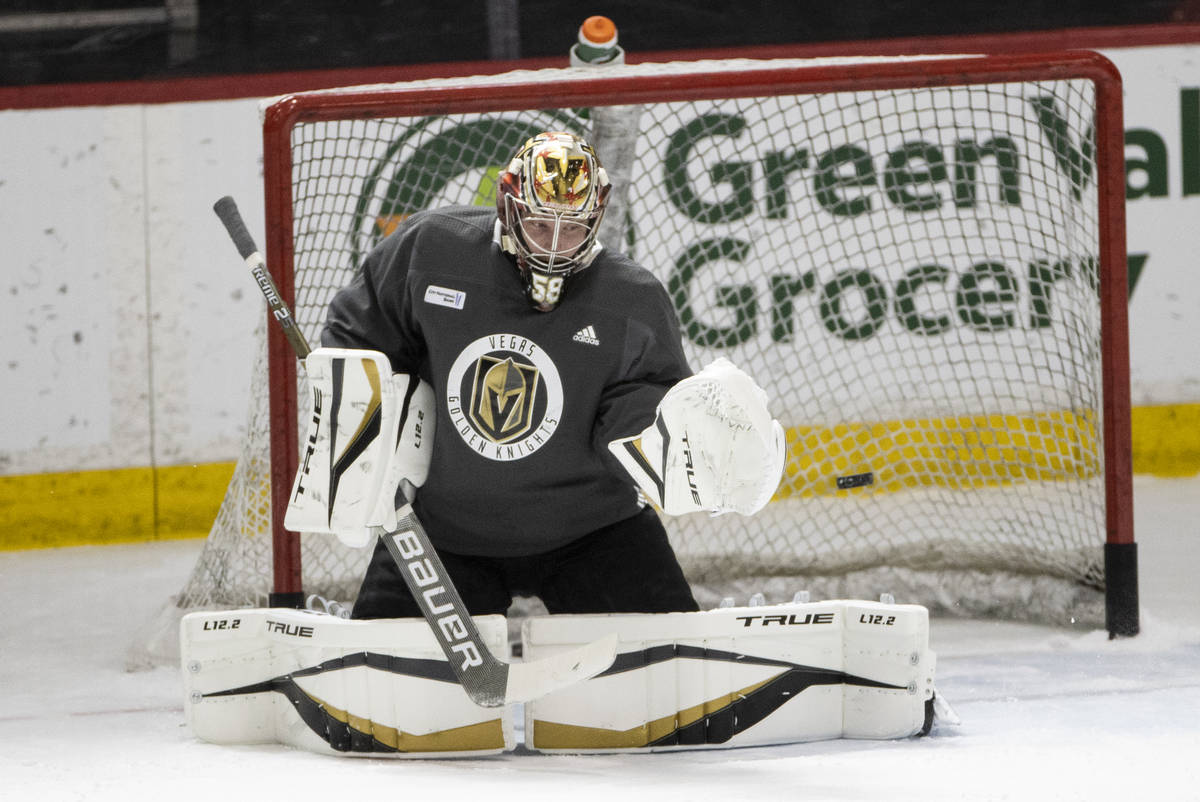 Lehner, who spoke for 11 minutes on the topic after the Knights’ morning skate, said players were told they would be given new, looser rules to follow if enough of them got vaccinated.

The NHL denied Lehner’s assertion. Players currently have to follow a set of strict guidelines to prevent COVID-19 exposure that limits their lives largely to their homes, hotel rooms and hockey rinks.

Lehner said after Knights players had the opportunity to be fully vaccinated, he was told on calls with the NHL and NHLPA on Tuesday that protocols would not be relaxed immediately. He said the NHL and NHLPA wanted to wait until all teams had a chance to get their shots so it didn’t become a competitive advantage.

That prompted Lehner to speak out.

“Being lied to about things changing to kind of force us to take the vaccine, unacceptable,” Lehner said. “And now when we take the vaccine to have the excuse of saying, ‘Nah, we’re not changing because of competitive advantage,’ it’s outrageous.”

NHL deputy commissioner Bill Daly said in an email to the Review-Journal that he respects Lehner’s views but denied any promises were made on protocol changes. The league is still grappling with the pandemic as it attempts to complete its regular season.

The Vancouver Canucks recently returned from a 25-day COVID-19 pause after 21 players tested positive. The Colorado Avalanche haven’t played since April 16 and have three players in the NHL’s COVID-19 protocols.

Still, Lehner, who has been public about his struggles with mental health and substance abuse, said he felt misled.

Lehner, who has Bipolar I, said he had questions about the vaccine but took it anyway for his mental health. He said isolation is not healthy for him. He hoped the vaccine would be a step toward normalcy, but he hasn’t seen progress.

“We get promised something to take something that not necessarily everyone wanted,” Lehner said. “So that was a lie. Blatant lie.”

He said he spoke to many players in the NHL’s bubbles last postseason who were struggling with their mental health being away from their families and stuck in the same location. He said he’s worried about the long-term mental health impact of the pandemic beyond hockey.

Lehner said he thought he had a responsibility to advocate on behalf of himself and others that the league and NHLPA need to take those things into account when making decisions.

“Don’t talk to me about competitive edge,” he said. “This is human lives, and people are struggling with this stuff a lot in society. And we are humans like everyone else.”